for the project ‘plant bones’, presented during paris design week 2015, dutch designer marije vogelzang imagines a scenario where future archaeologists have found a collection of botanical life bearing a meat-like structure and skeleton. vogelzang has sculpted a series of artifacts similar to animal bones in aesthetic and visual attributes, but rather cultivated from vegetal cellulose. the shape and form of each of the the ‘found objects’ look like leaves, yet a reconstruction proves that vegetable-based, meat-like tissue ‘grows’ around these bony extremities. from a culinary standpoint, the proposed ‘plant bones’ provide for an interesting vegan eating experience, which could already be considered in the present. 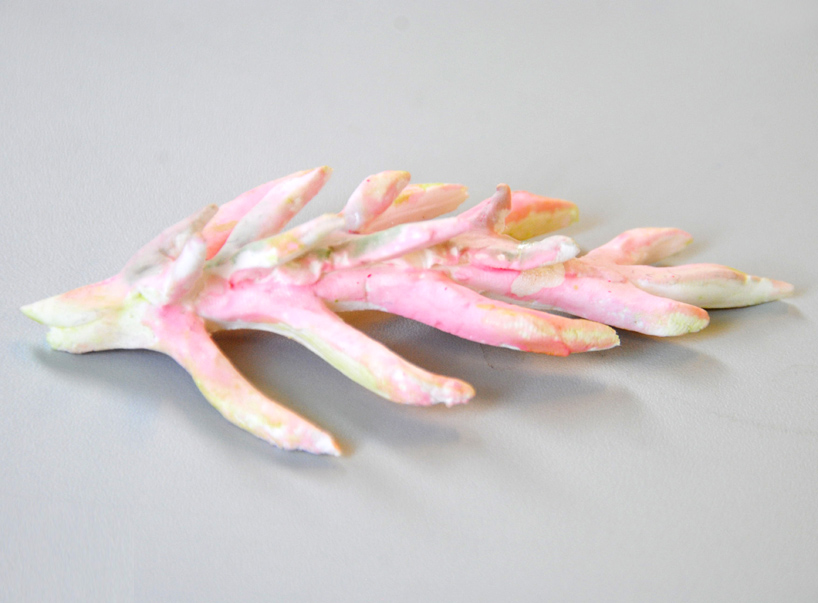 plant meets meets for the series of sculptural botanical artifacts

‘are they highly evolved plants, a fungi variation, genetically engineers animals to grow as plants, a nuclear intervention or something else?’ vogelzang hypothesizes. ‘scientists are speculating to unravel the mystery and are investigating a series of possible scenarios to explain this botanic curiosity.’ 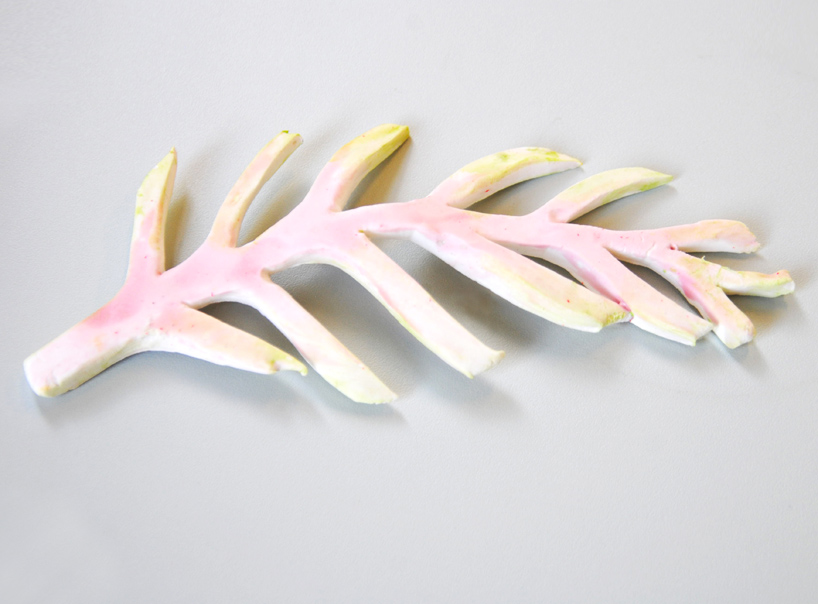 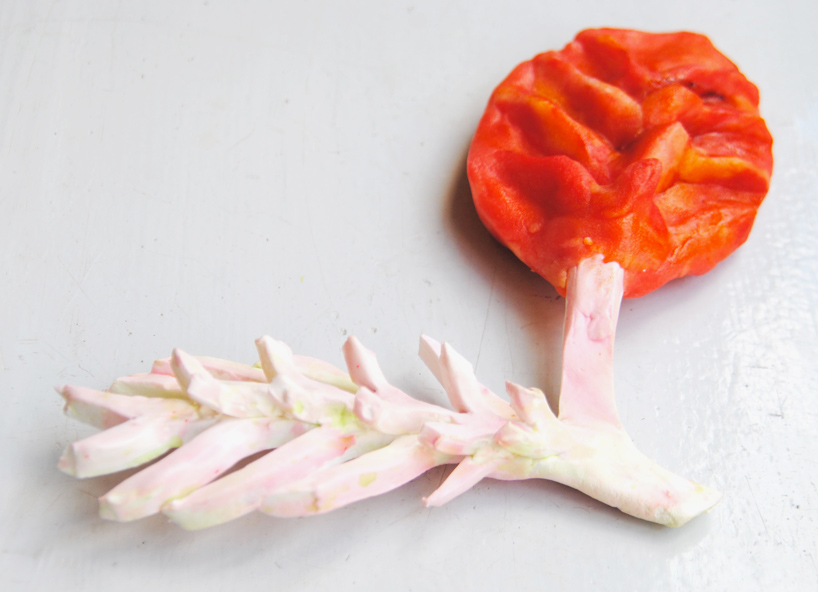 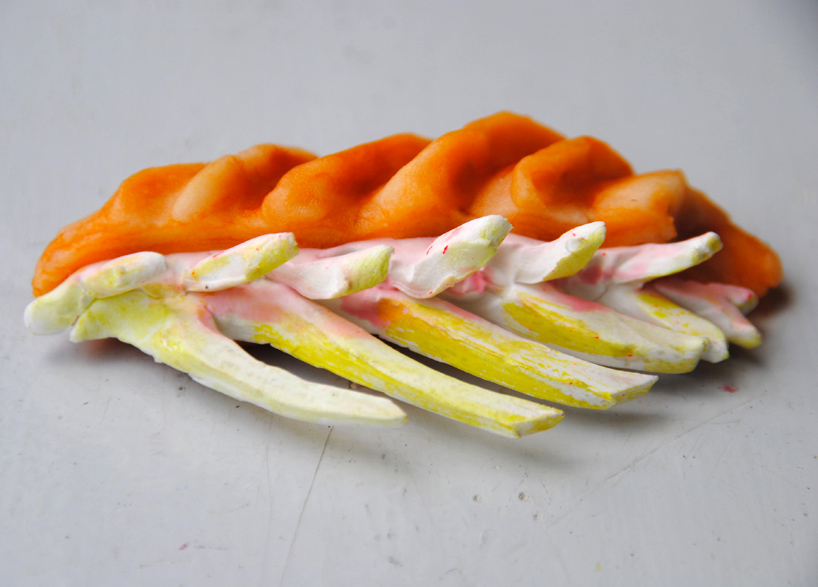 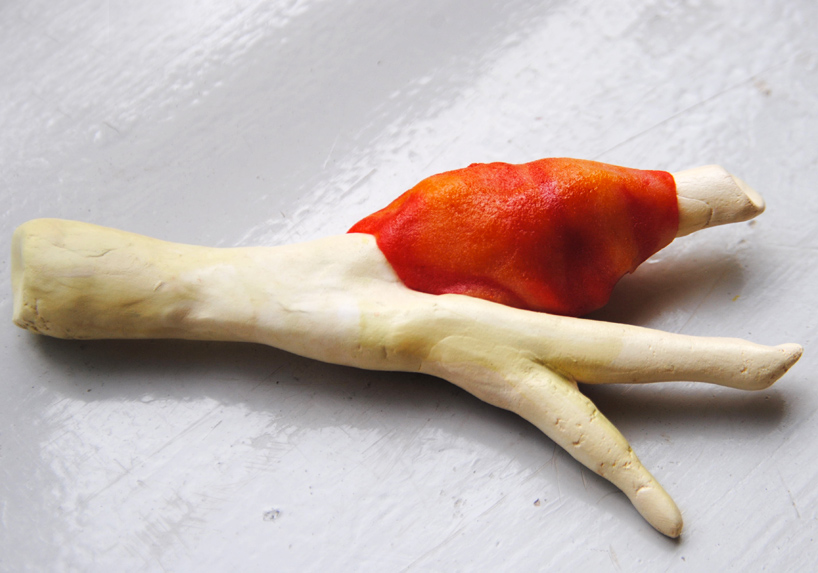 a twig bears meat-like tissue wrapped around its stem 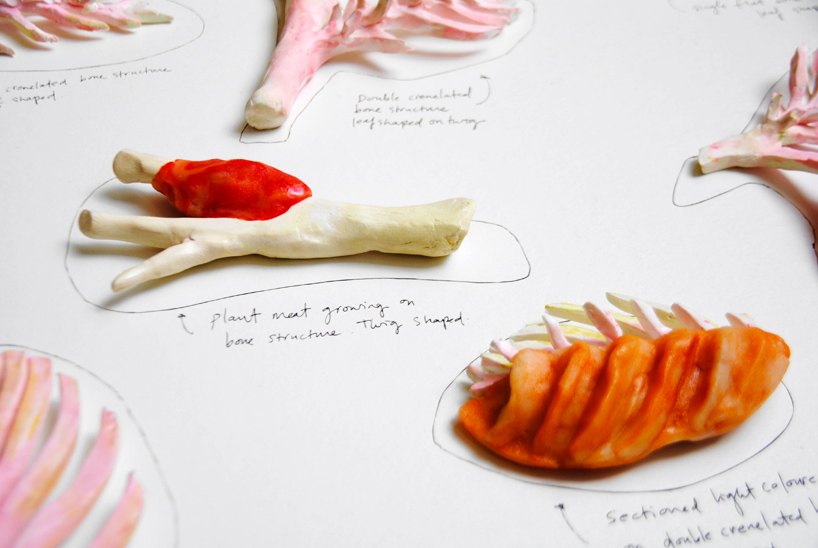 the future archaeologists catalog the collection of botanical life 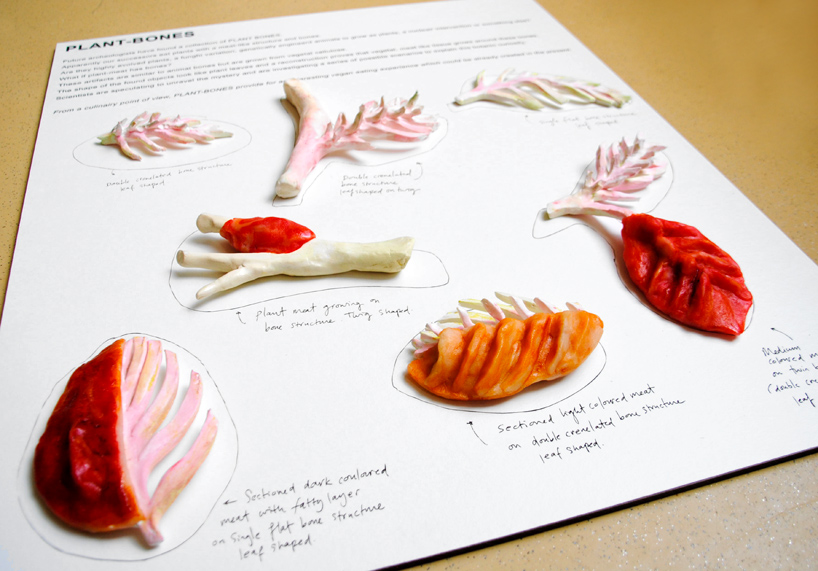 found objects are grouped by their leaf and meat type 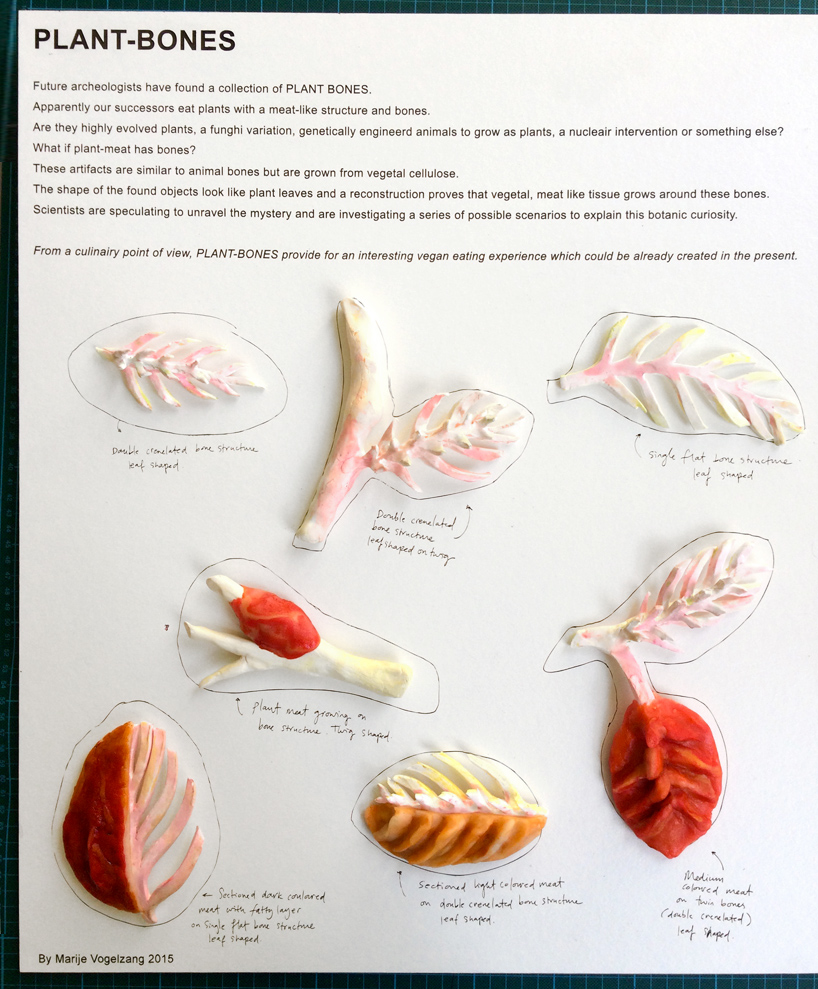 the ‘plant bones’ are grouped by category 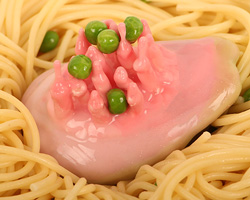 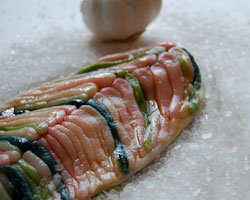 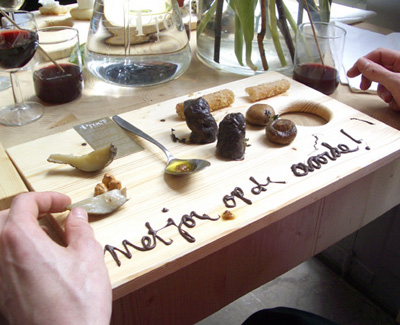