redefining the architecture of the espace louis vuitton are eight monumental pieces by internationally-renowned japanese artist mariko mori. the exhibition ‘infinite review’ amasses sculptures and experiential installations in a series of works that metaphorically reflect the never ending circulation of life and death as well as fragments from the artist’s personal experiences.

towering above visitors and traversing the space between the floor and ceiling are a triptych of luminous spirals. the soaring ‘infinite energy’ series is a visualization of an invisible force, felt and seen through their unseen participation with gallery entrants. LED lights corkscrew around the form changing chroma, variating through hues of blues, purples, and cyan based on nearby movement, detected by real-time monitors. the interface with visitors as they approach lends a sense of universal dynamism to the sculptural work. for their installation, the aerial structures required a nine part division, dissembling from spain and transferred, reconstructed, and finally illuminated in the space-specific site in tokyo. the three pieces are ‘purely based on my imagination‘ mariko mori explains, ‘how I picture energy flowing’. 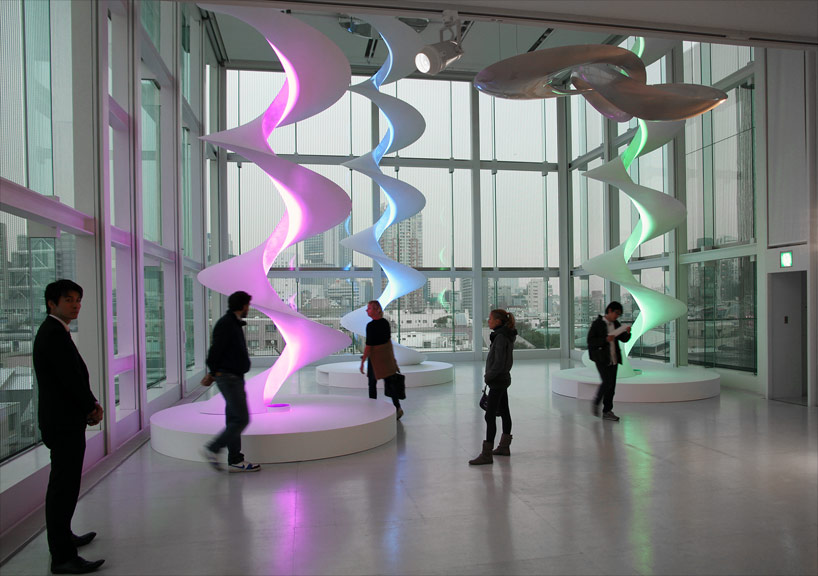 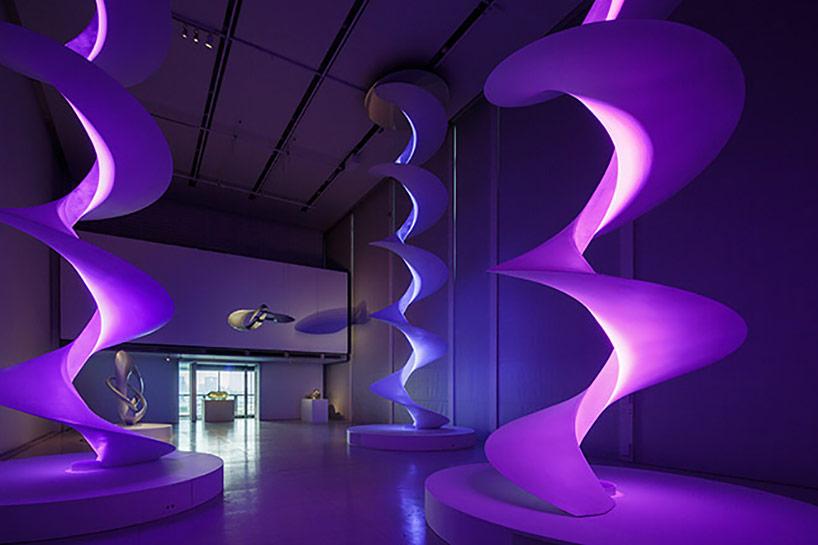 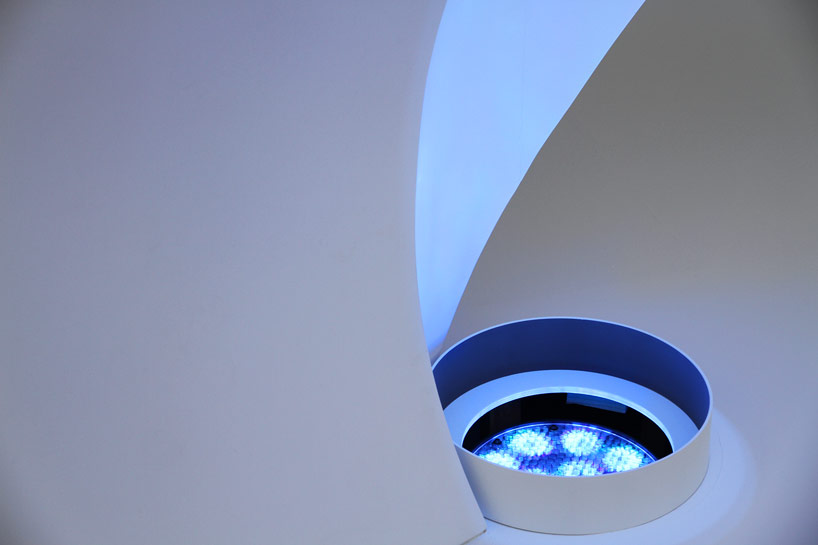 the sculpture series ‘renew’ follows the möbius form: a surface with only one side and only one boundary component. without a beginning nor an end, the infinite shapes symbolize the life-cycle, particularly the repetition and continual loop of physical and mental existence. ‘there’s an end, but there’s a rebirth, a new beginning’, says mariko mori. with one structure suspended from the ceiling, and the other situated on a plinth in the center of the gallery space, the duo of pearlescent conformations radiate throughout the room, reflecting the idea of 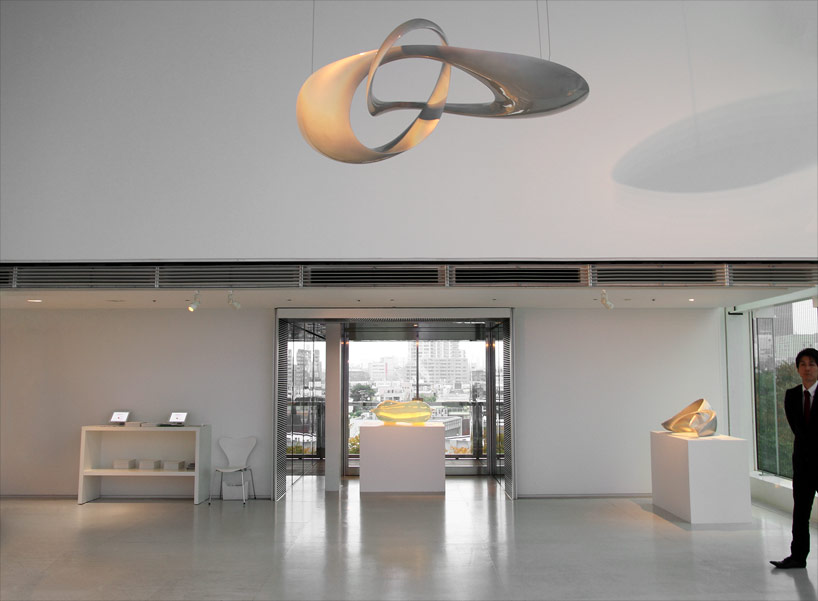 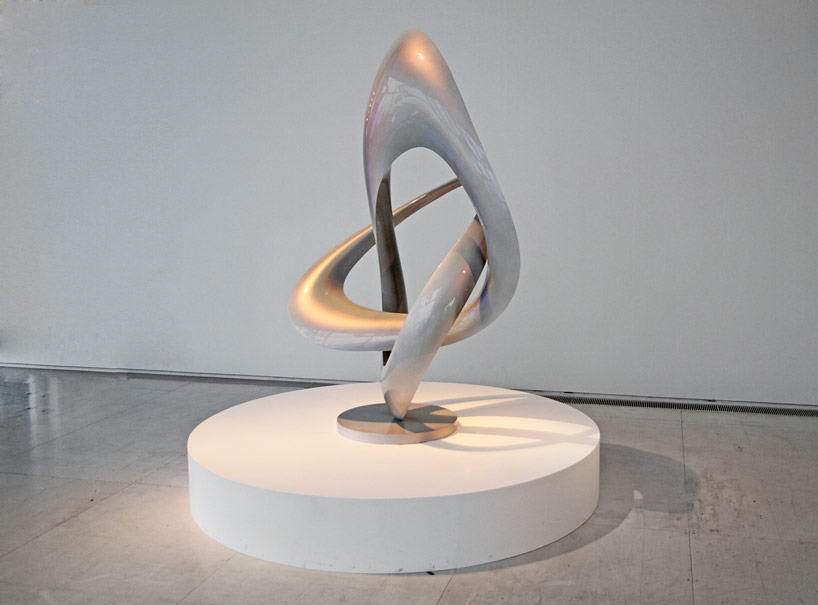 ‘butterfly’ is a maquette of the stage set for the opera ‘madama butterfly’. the sculpture alludes to the sad fate of the main character: in despair over unrequited love, the lead role decides to take her own life. moreover, mariko mori’s ‘butterfly’ seeks to represent not the physical death, but the consequence of her spirit that will come to life once again. 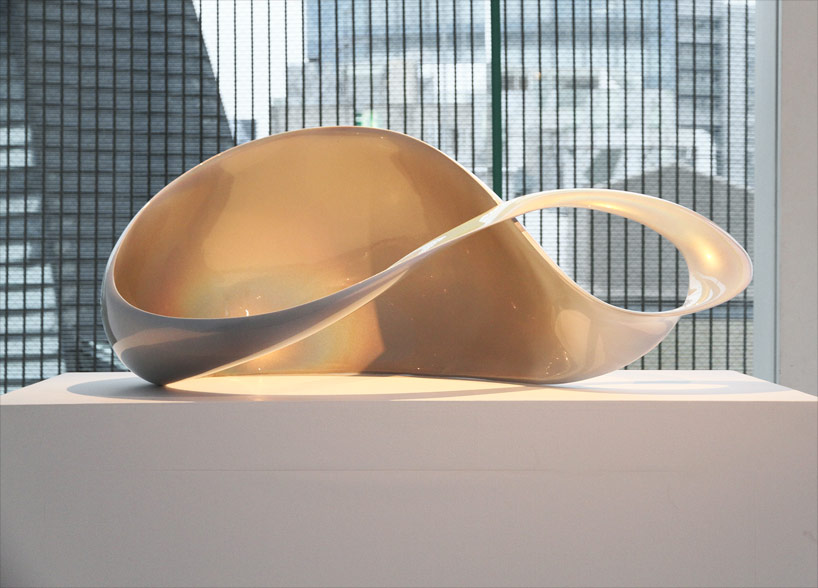 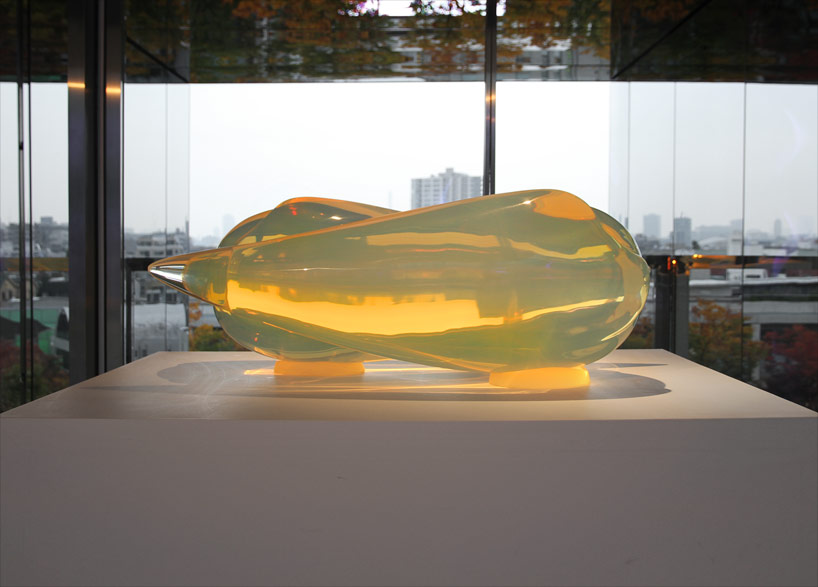