the scala appears like a bookshelf, with images of books projected onto its façade image © designboom

mario nanni‘s ‘la luce della musica’ is a visual and musical experience, projected onto the façade of milan’s opera teatro alla scala. the piece is a tribute to the opera ‘carmen’ by georges bizet, which opens the opera season at la scala. nanni has used video projections and light to highlight and compliment the architecture of giuseppe piermarini.

the project is in partnership with viabizzuno and is a part of milan’s international festival of lights which runs until january 10th, 2010. 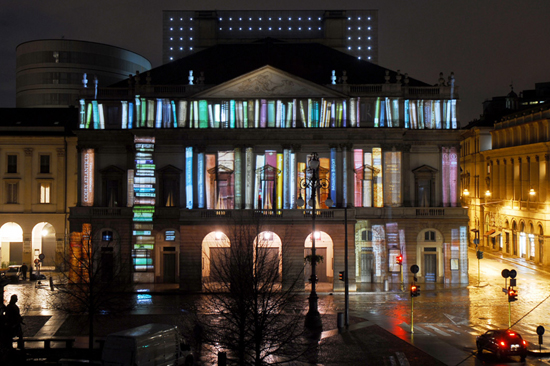 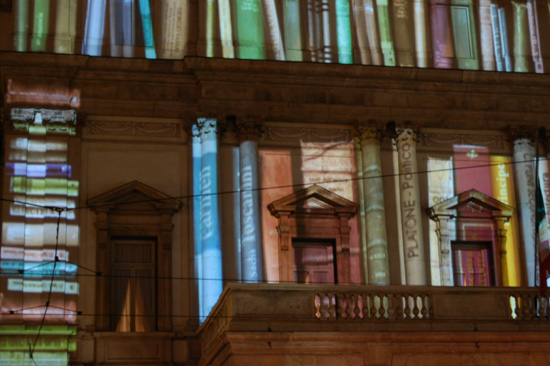 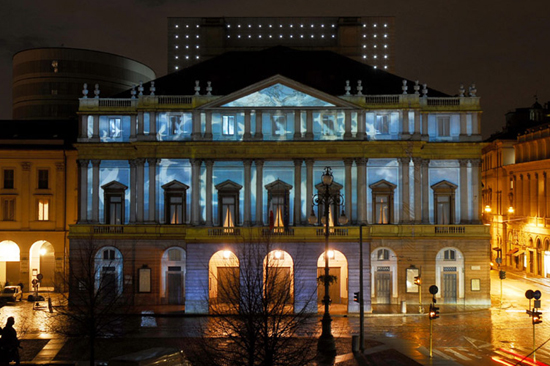 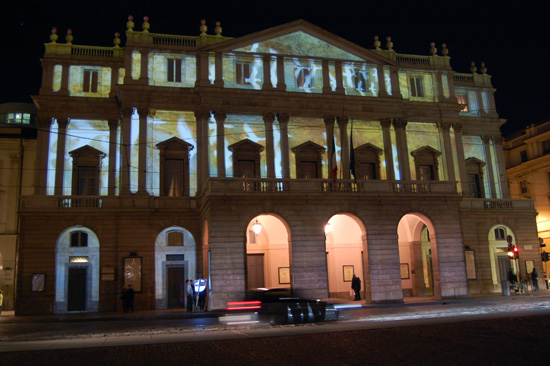 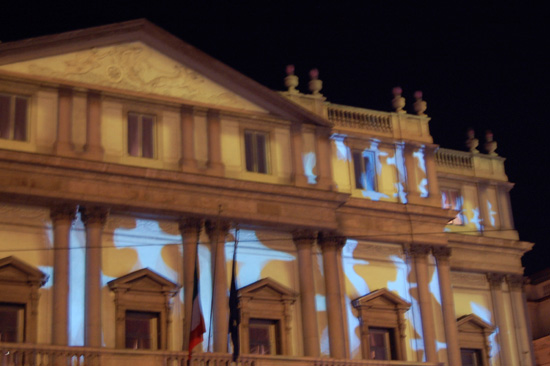 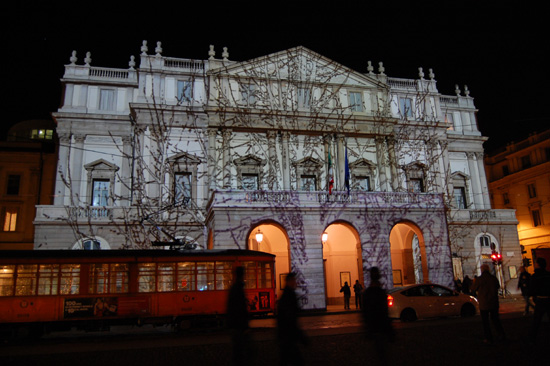 an outline of trees cover the building image © designboom 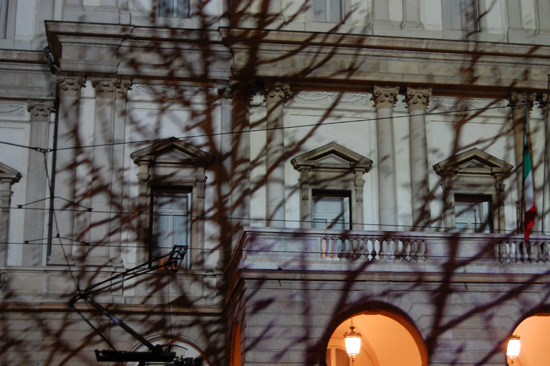 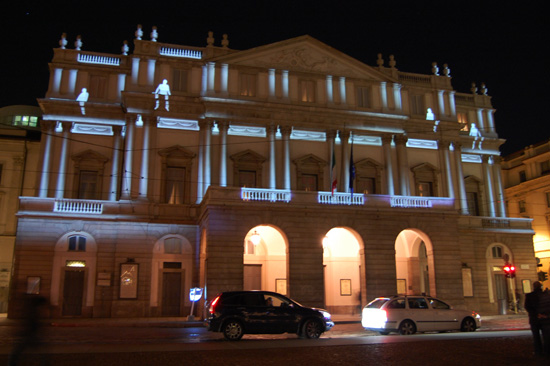 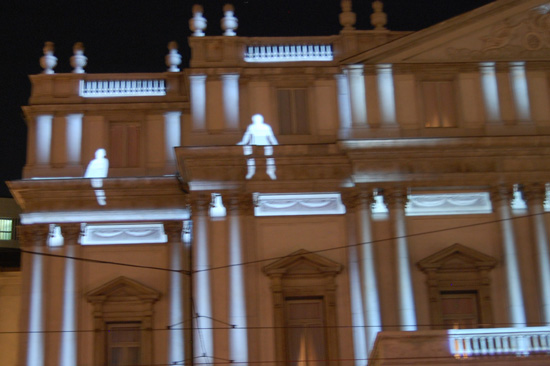 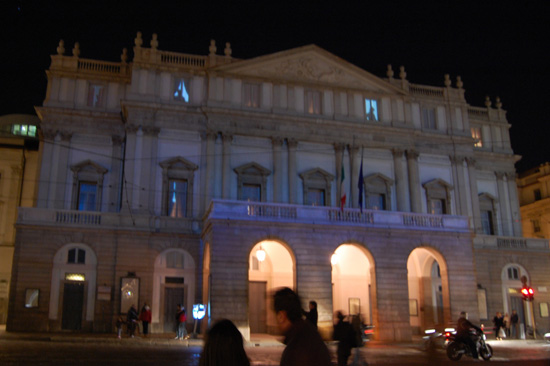 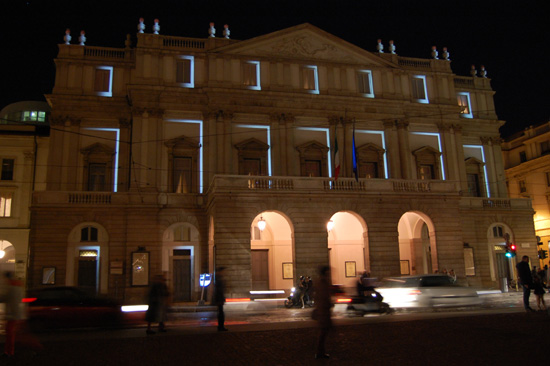 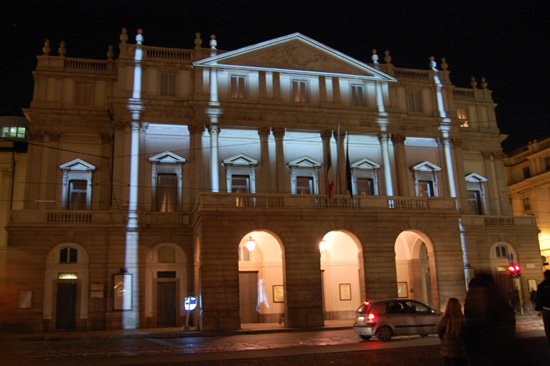 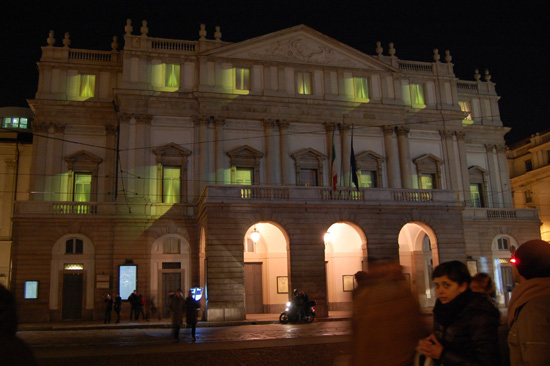 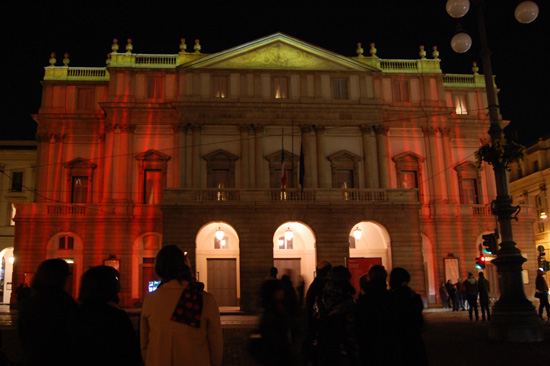 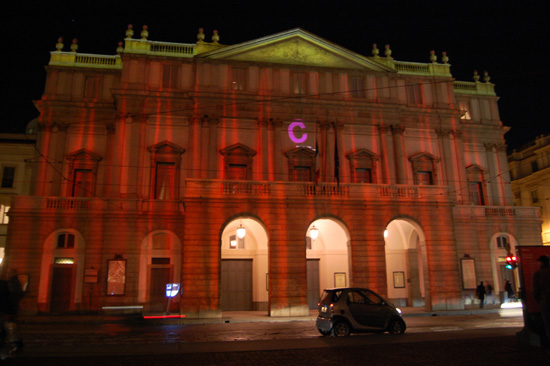 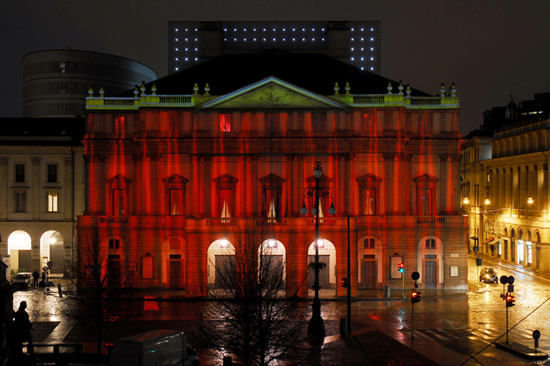 …closing on the show. image courtesy of mario nanni

Jun 19, 2022
adam parker smith employs digital and physical techniques to craft sculptural series 'crush'
the carrara marble sculptures are an uncanny vision of the classical canon, as if it were run through a trash compactor.
art
569 shares
connections: +400