on now and on show during milan design week in september 2021 is a large and in-depth retrospective that retraces the work of italian artist mario sironi, sixty years after his death. the name of mario sironi (1885-1961) is barely known outside italy, despite the recognized greatness, his oevre has not yet made a big splash abroad. as pablo picasso would have summarized the unexpressed potential: ‘here you have a great artist, perhaps the greatest of the moment, and you don’t realize it‘.

the 110 works on display at the museo dell’900 reconstruct the entire artistic career of sironi: from the youthful symbolist season to adherence to futurism; from his original interpretation of metaphysics in 1919 to the classical moment of the italian twentieth century; from the expressionist crisis of 1929-30 to the monumental painting of the 1930s; until the second world war and the apocalypse painted shortly before his death. in fact, some masterpieces that have not appeared in a sironian anthology for almost half a century are exhibited here (the fascinating ‘pandora’, 1921-1922; ‘paese nella valle’, 1928; ‘case e alberi’, 1929; ‘l ‘ watered’, 1929-30), and others were completely unpublished. 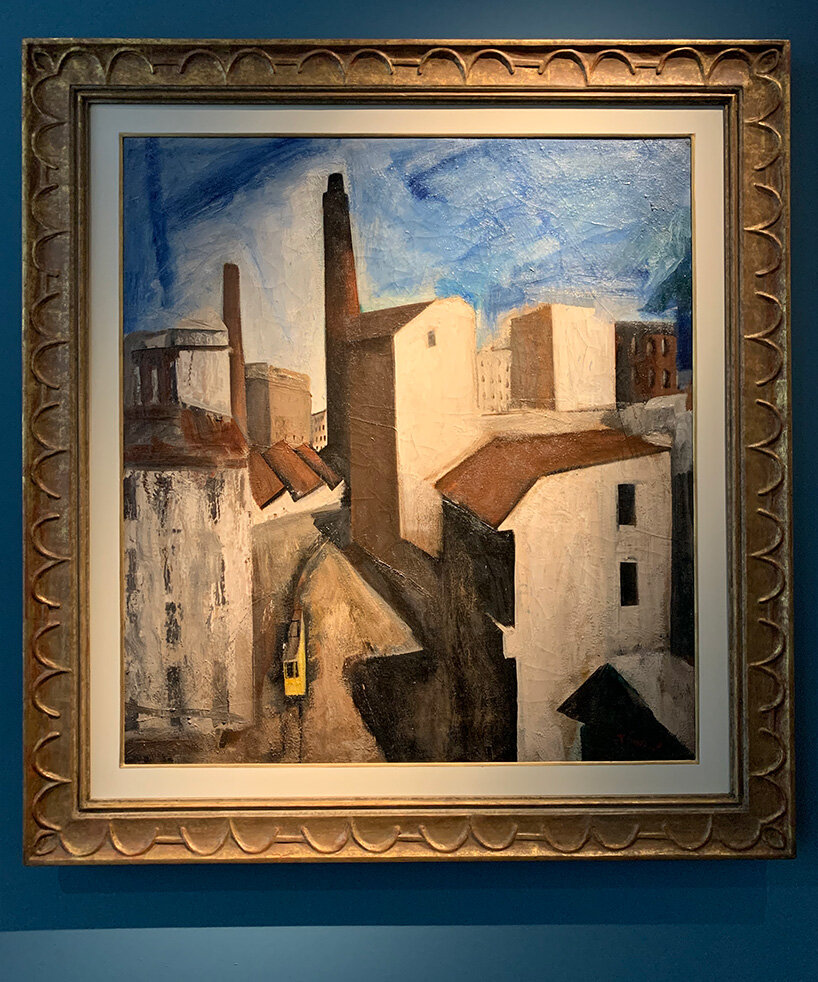 widely represented in the exhibition is the cycle of urban landscapes, sironi’s most famous theme, which acquires intensity after his arrival in milan in 1919 and expresses both the drama of the modern city and a powerful will to build, in every sense. among these the well-known ‘synthesis of urban landscape’, 1921; ‘the cathedral’, 1921; ‘urban landscape with the tram’, 1925-28, from the museo del novecento, exhibited at the 1928 venice biennale; ‘la periferia’ of 1943. 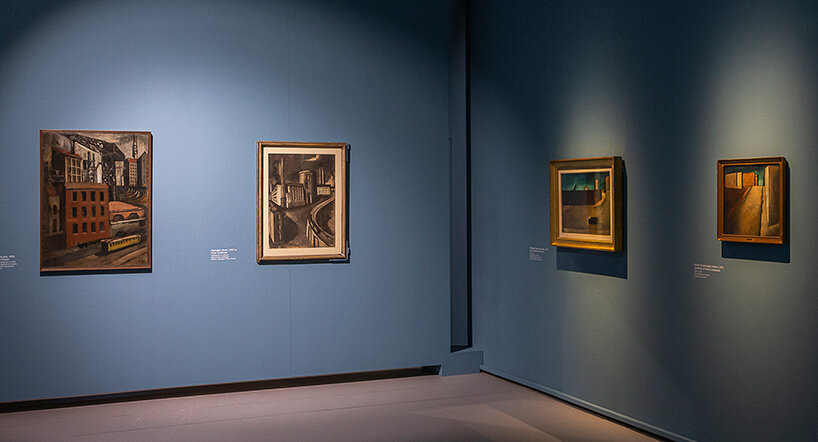 a large group of works, however, testifies sironi as an interpreter of the human figure as well: the pierfranceschiano ‘nude’ of 1923, a favorite of margherita sarfatti; the mysterious ‘woman with a vase’ from 1924; the ‘fisherman’, 1925; ‘the fairy of the mountain’, 1928; the ‘niobide’ of 1931, and the painful ‘lazzaro’, 1946, where, for the first time in the thousand-year iconography of the subject, sironi paints a lazarus who does not rise again, symbol of the collapse of all his ideas, starting with fascism in which he had believed. 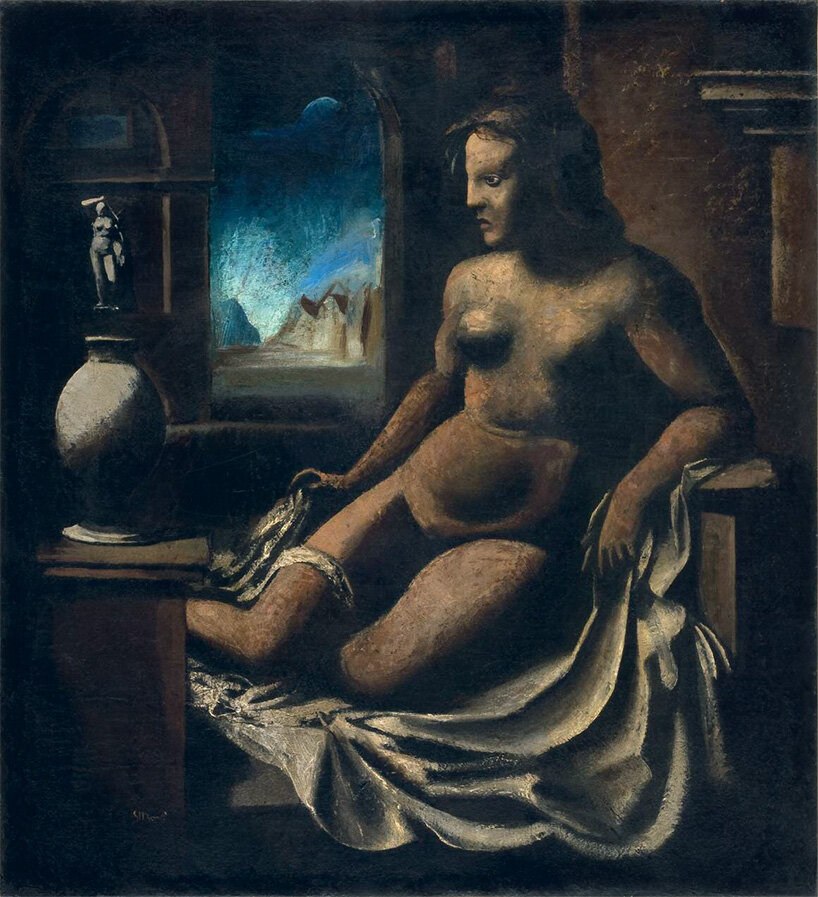 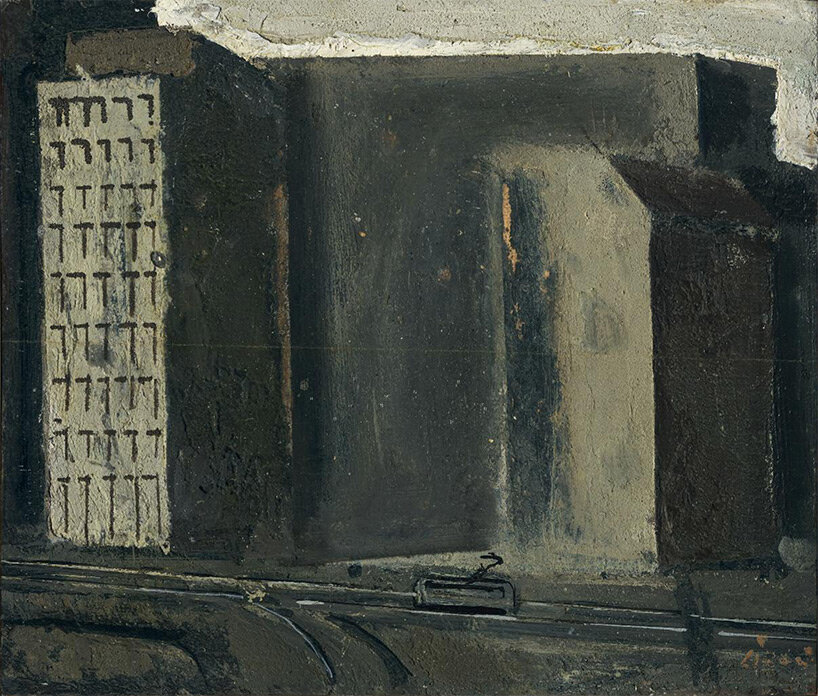 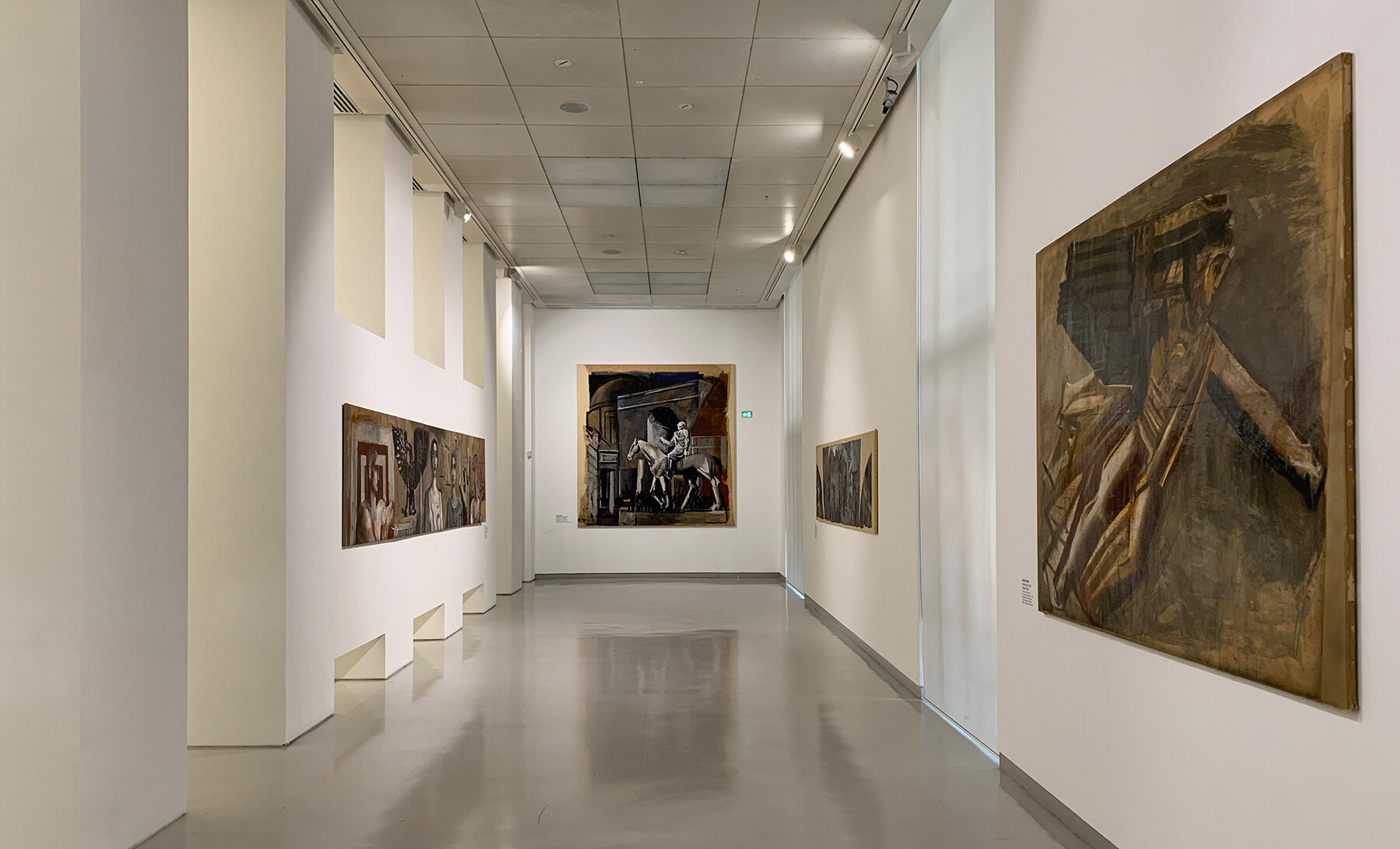 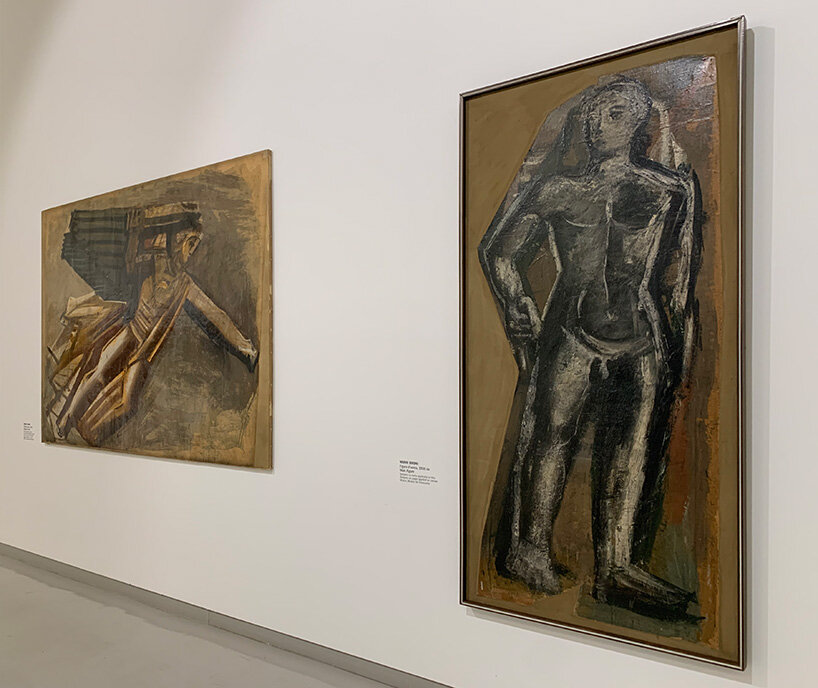 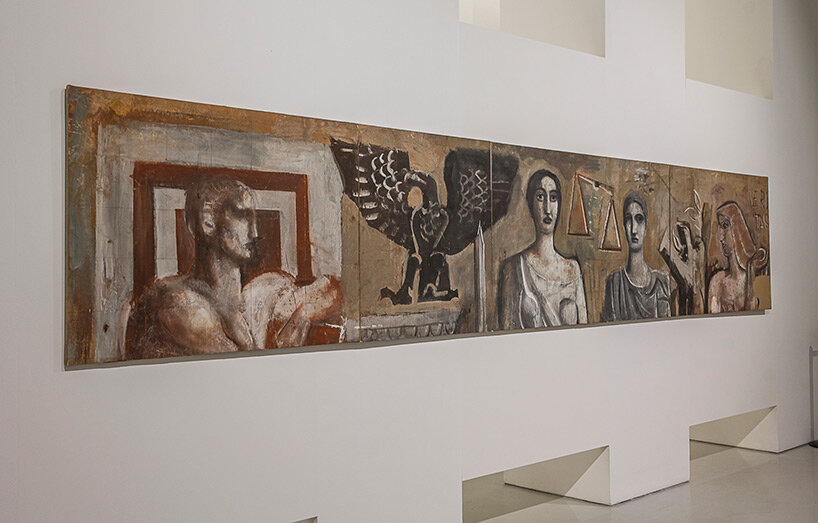 monumental masterpieces such as the luminous ‘winged victory’, the gigantic study for the main hall of the sapienza university of rome, the visionary ‘condottiero on horseback’ (all made in 1935) and the powerful preparatory study, almost six meters long, of the ‘giustizia corporativa’ (1937-38), testify to his link to mural painting in the thirties, to which ample space is dedicated in the exhibition itinerary. 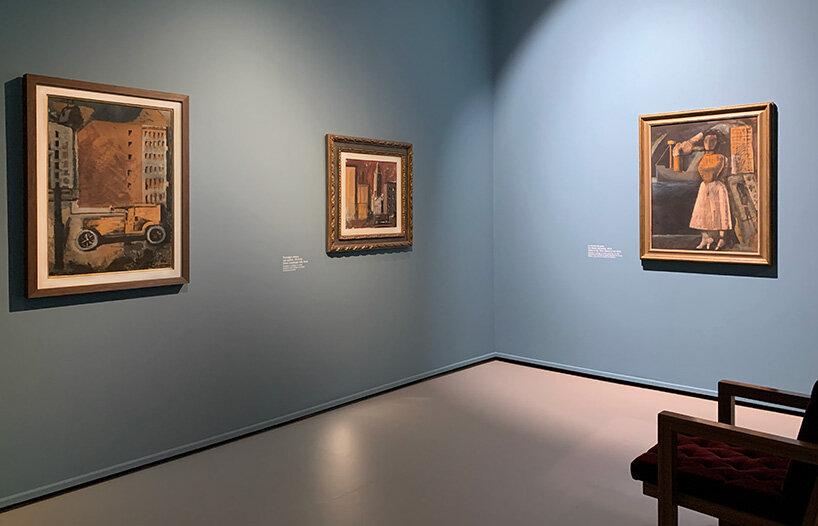 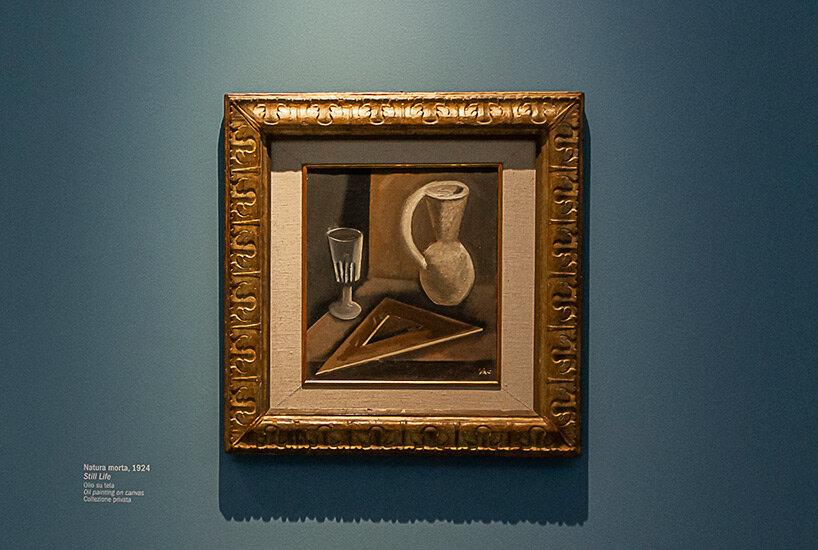 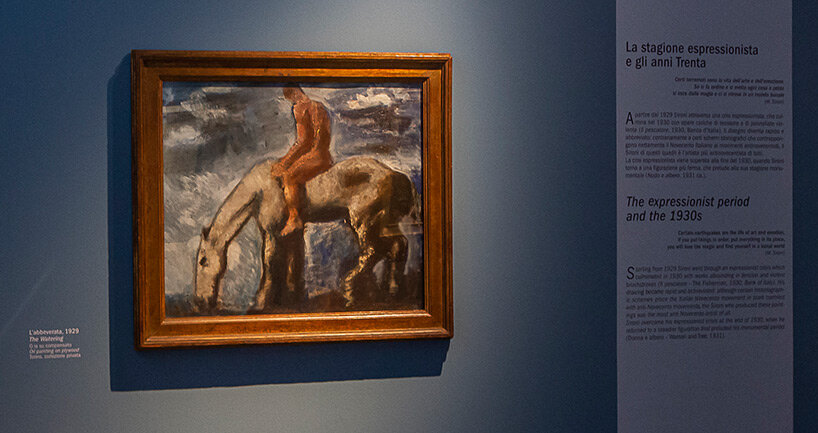 the journey in sironi’s art comes to an end in the last rooms that document the artist’s dramatic final years, also tormented by the loss of his daughter rossana, who took her own life in 1948 at the age of eighteen.

numerous loans from important museums such as the pinacoteca di brera, ca ‘pesaro and the guggenheim foundation in venice, the mart in trento and rovereto and various private collections that have allowed the masterpieces of the master to be brought together. the exhibition continues in the spaces of the museo del novecento on the fourth floor and in some rooms dedicated to him in the boschi di stefano house museum. 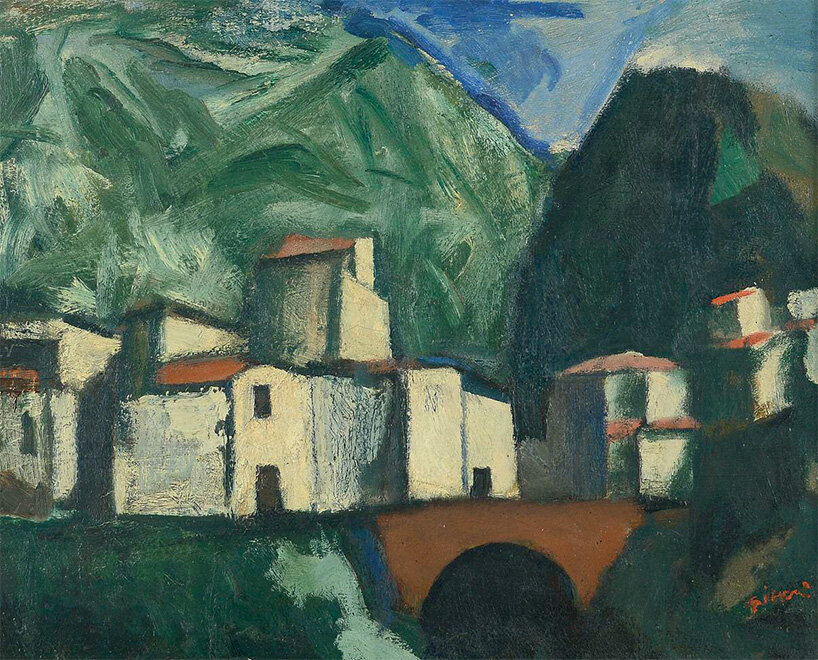 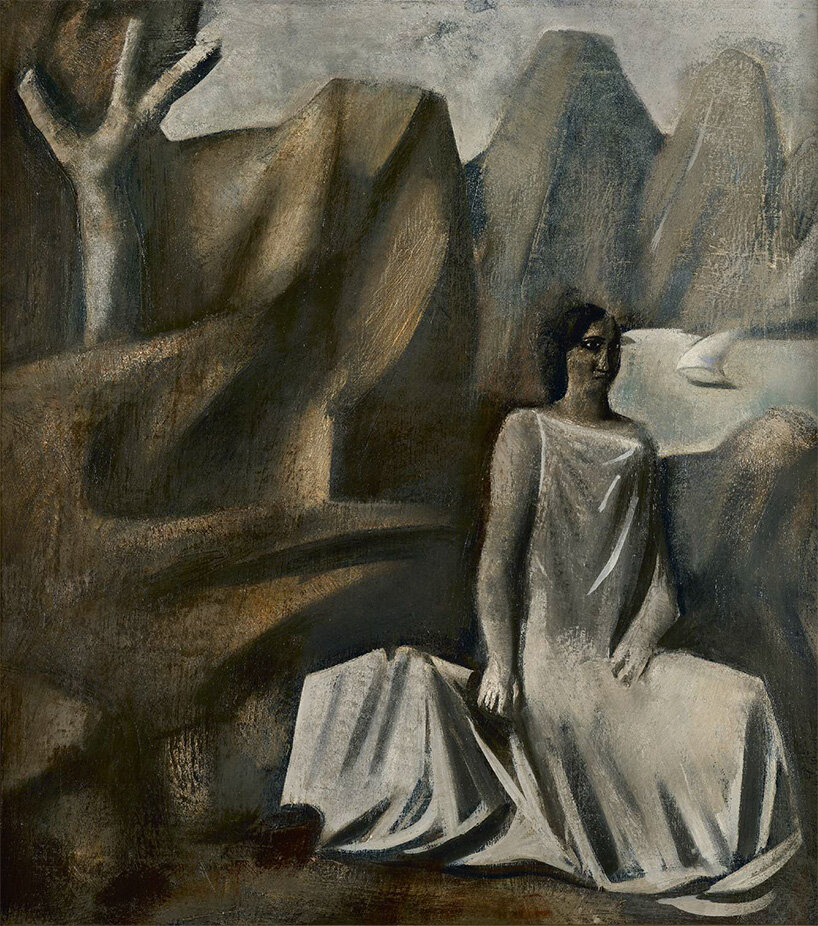 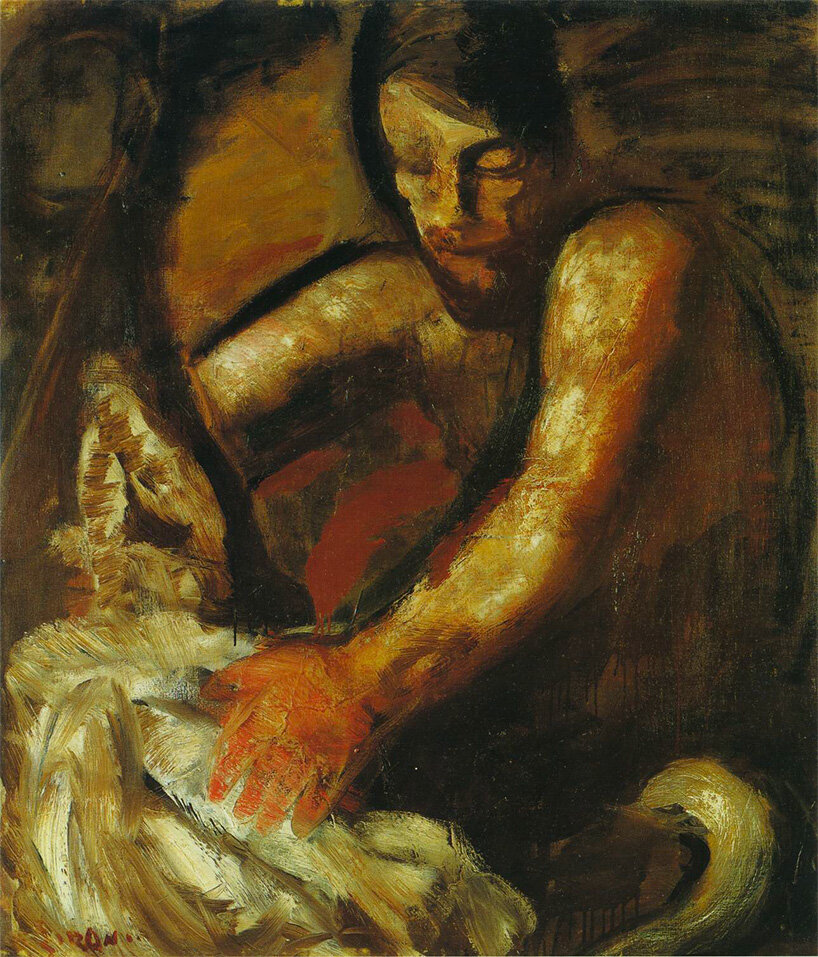 a prestigious catalog, created by the ilisso publishing house, accompanies the exhibition. the volume (italian only), in addition to the introductory essay by anna maria montaldo, contains an extensive essay and analytical sheets of all the works of elena pontiggia, a scholar of the artist and author of her first biography (sironi. the greatness of art, the tragedies della storia, 2015), as well as the insights by fabio benzi on sironian futurism, and by maria fratelli, director of the boschi di stefano house museum, who explores sironi’s relationship with collectors antonio and marieda boschi with unpublished letters.

ilisso
is an italian publishing house that since 1985 has published volumes of art, archeology, linguistics, and material culture, craftsmanship and design, history, photography and fiction. the nuoro based publishers create also art exhibitions to document and tell the history and culture of sardinia between tradition and contemporaneity. 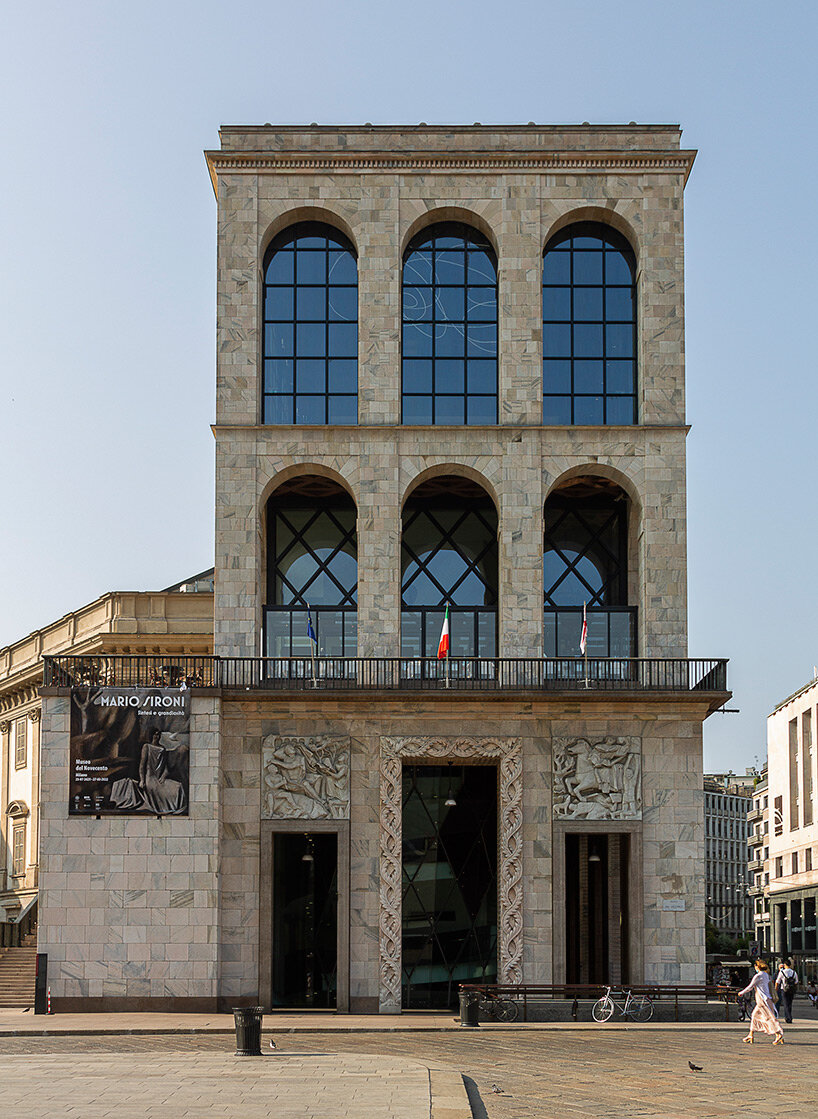 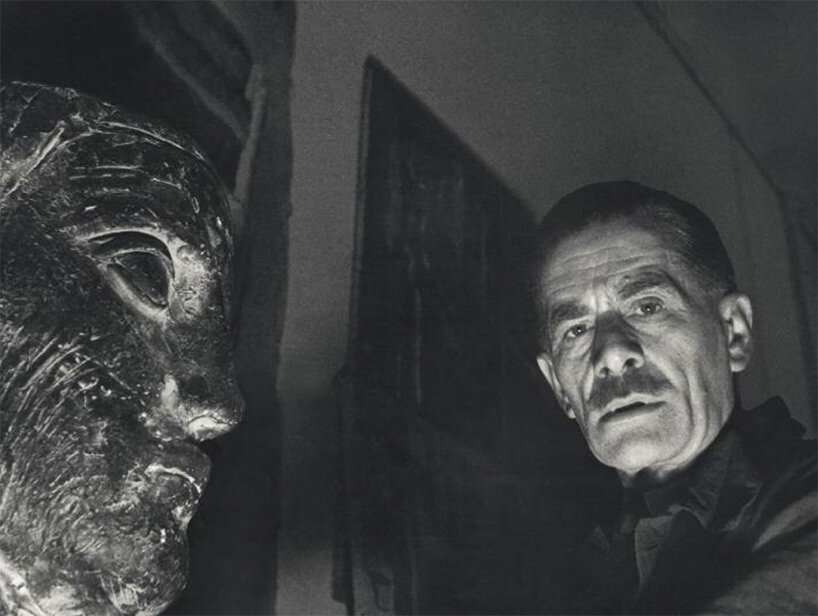 was born in sassari on 12 may 1885, the second of six children. the son of an engineer and grandson of an architect, in 1886 the sironi family left sardinia and moved to rome, where mario completed his studies. in 1898, while the mother was expecting her sixth child, the father died of pneumonia. mario’s first drawings date back to this year; one of his first oils, dated 1899, is a landscape. he is interested in the writings of nietzsche and schopenhauer, heine and leopardi, while in the musical field he nurtures a particular passion for wagner, whose ‘total work of art’ will influence the idea of ​​synthesis of the arts conceived by sironi in the thirties. the artist frequented the studio of giacomo balla, became a close friend of umberto boccioni and moved to milan in 1914, where he was immediately drawn into the futurist movement. by the 1920s, the sprawling industrial quarters of milan had become the dominant subject matter of sironi’s art. he adapted the disquieting metaphysical iconography of giorgio de chirico to evoke a powerful sense of alienation and post-war disillusionment.