our current landscape is permeated with man made monoliths, sitting on the horizon, skewing the clean line that was once established. our built environment is an ever-expanding footprint, encroaching on our natural landscape without control. creation can be considered one of the most powerful abilities a human possesses, whether it be through the hand of an artist, the architect or businessman. a particular amount of power and control is given to the creator. however, the outcome is not always positive and can lead to adverse and unseen effects, which cannot always be understood or are ignored until the potential damage has been done. 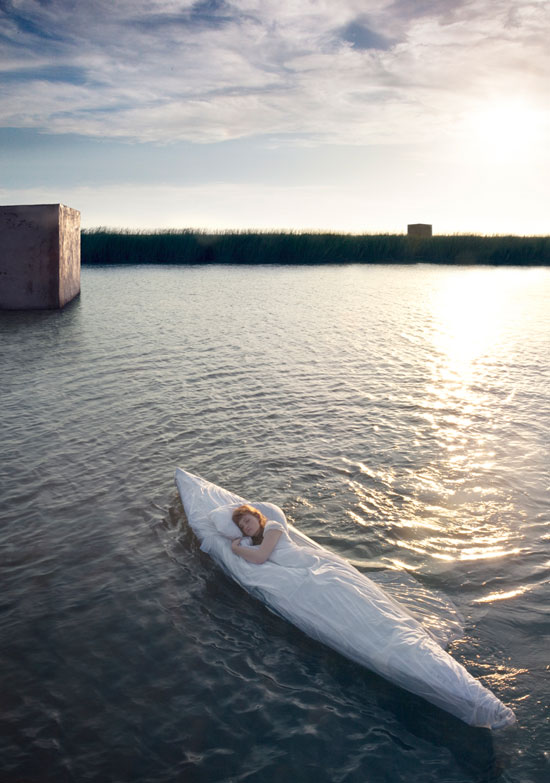 in his recent series of images entitled ‘environmental occupations’, photographer mark dorf explores humanity’s role of creation and its relationship with its environment. within each image, large, concrete forms, drawing on the minimalist sculptural forms – reminiscent of donald judd and richard sera – downplay any sort of expression, instead referencing nothing but geometry and the materials from which they are made. their massive and imposing presence contrast the natural and calm landscapes in which they are positioned, rendering them out of context and providing a skewed image from what is inherently reality. when viewing the work, one may question ‘where did these forms originate?‘, ‘was there a creator?‘, ‘are they sculpture?‘, ‘are they architecture?‘… 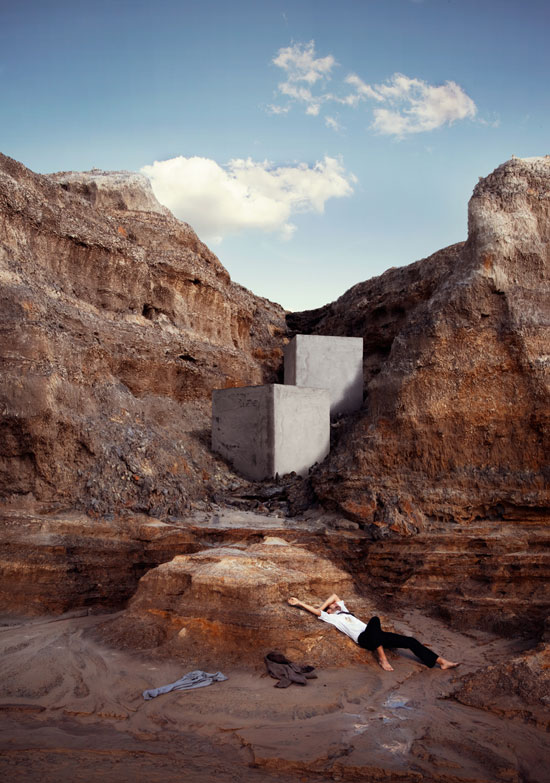 the forms seem to mimic functional urban horizons, useless and looming within the landscape, radiating a quiet devastation. though the cubes look as if they are man made, their size and lack of evidence of construction, leave the viewer with a disconnect between their particular creator, making the objects appear much like the mass produced objects found in our current urban environments. the figures within speak to the various roles found during the process of creation, ranging from the originator to the mindless and passive impotence found in those who surround the constructions themselves. 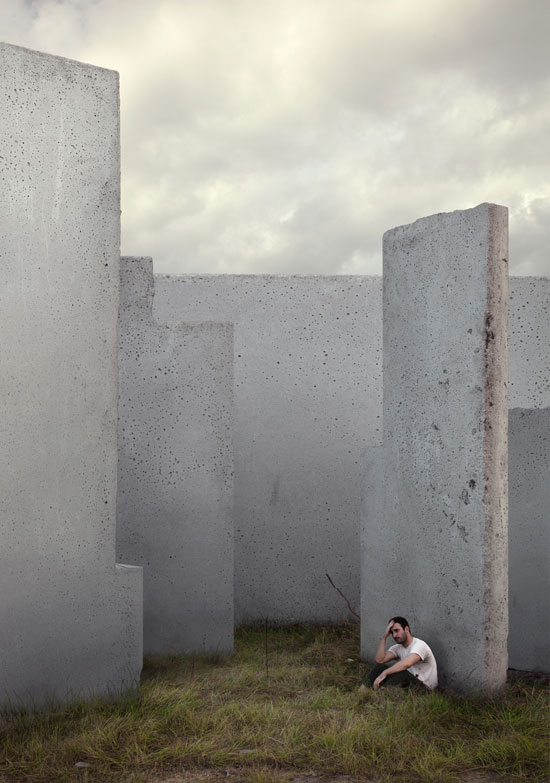 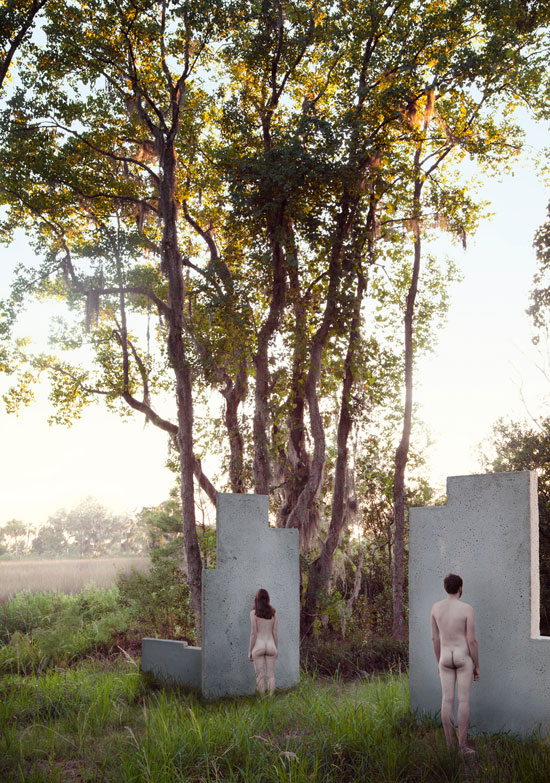 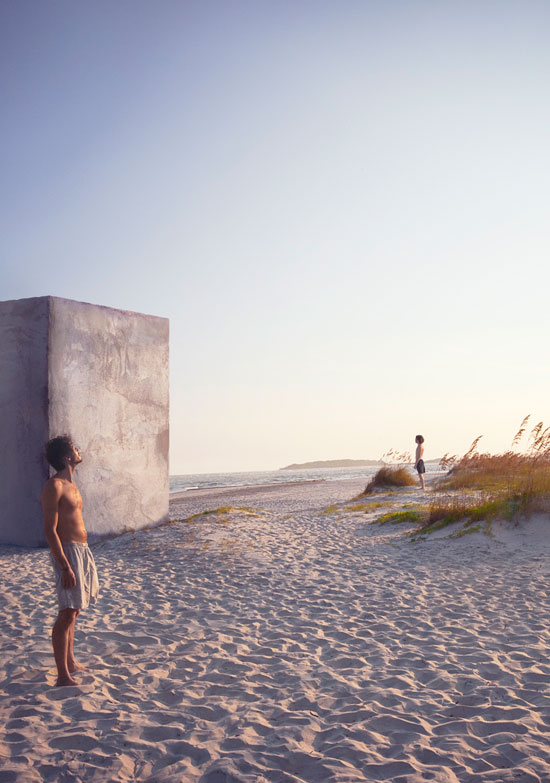 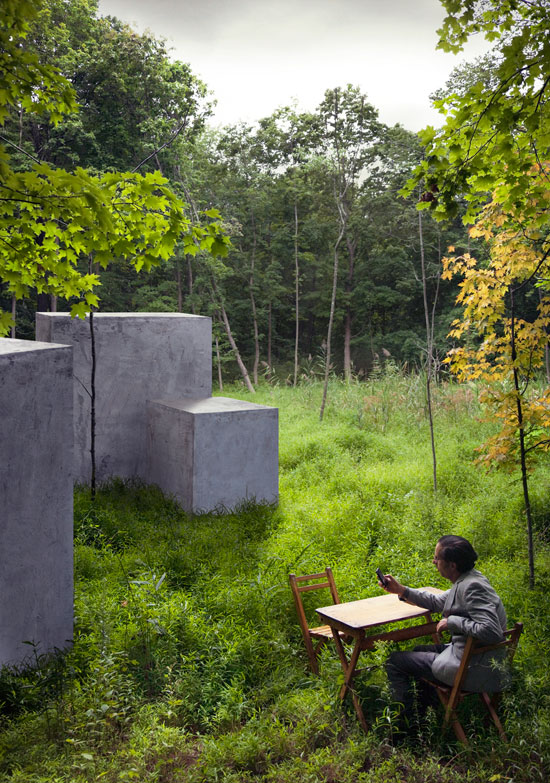 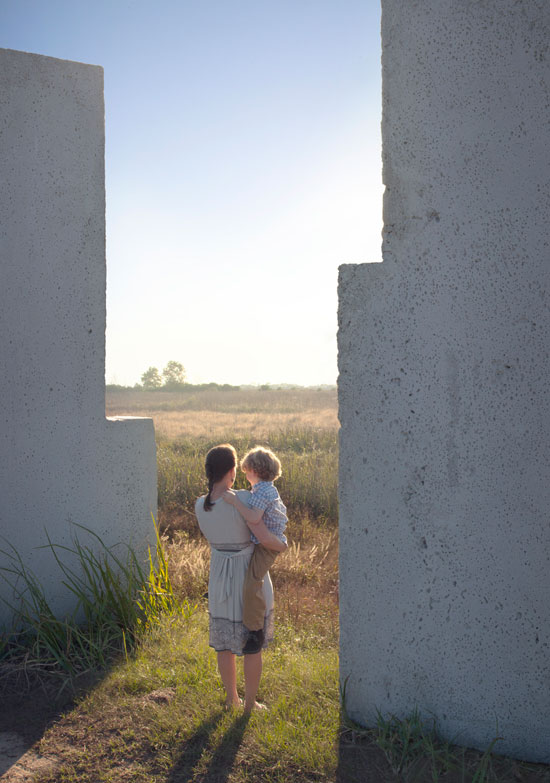 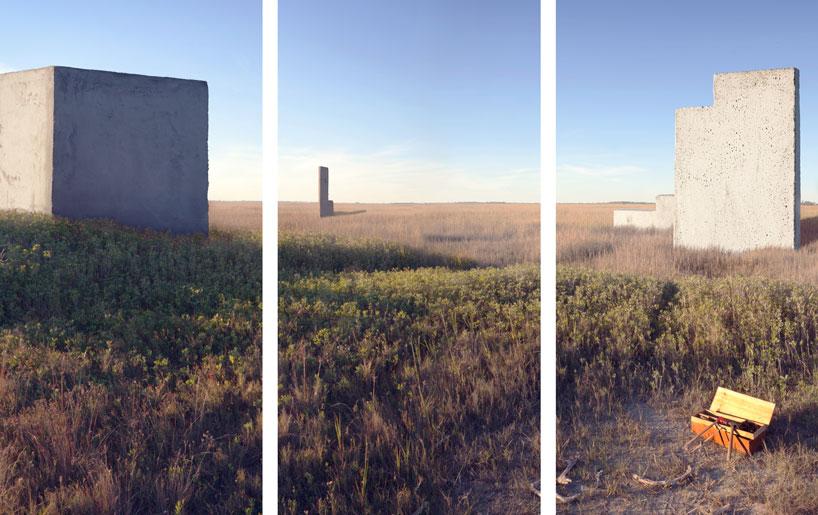 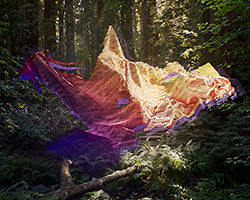 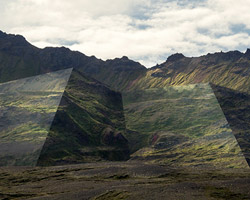