dutch artist mark manders is representing his country at the 55th international venice biennale with an exhibition titled ‘room with a broken sentence’, curated by lorenzo benedetti and commissioned by mondriaan fund. of particular significance, this year marks the 100thanniversary of gerrit rietveld’s design of the dutch pavilion and entrance into the international art/architecture exhibition, hosting now a benchmark of contemporary dutch art. his piece titled ‘mind study’ features a beautifully finished table held up only by the chairs partiallytucked around the periphery. a clay human-like sculpture is anchored into one end of the table, leaning radically off the table’s edge held in place by a balanced mechanism: tensioned cables stretching across the table top and wrap around a projecting wooden member before being fixed into a counterweight under the table made of the same material. what would normally be understood as individual objects withtheir own structural integrity are now presented as a complex fragile system whereby the quotidian and radical expressions are inextricably connected to one another. 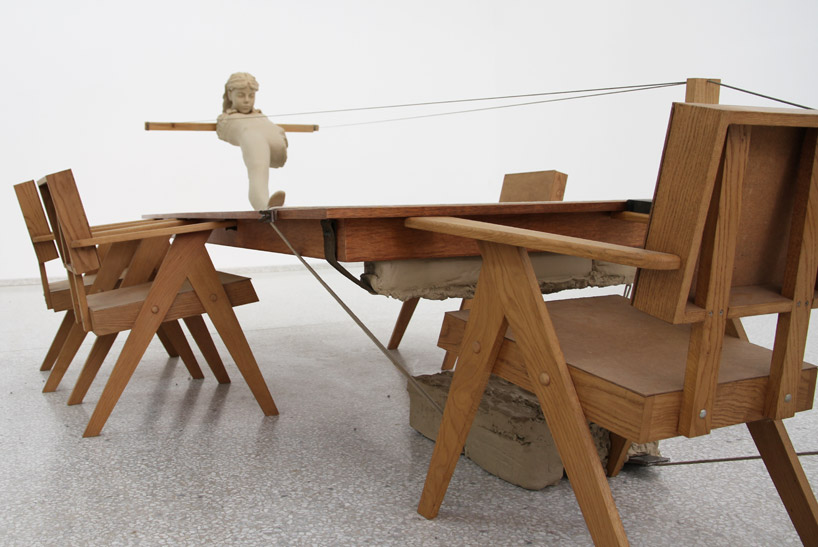 ‘I don’t often show my work in the public domain, rather in museums where people choose to go to see art. but since 1991 I always test a work that I’ve just finished in a supermarket. I just imagine a new work there and I check if it can survive where it doesn’t have the label of an artwork. it is just a thing that someone placed in a supermarket. now I am sure that all of my works can stand in that environment.’ 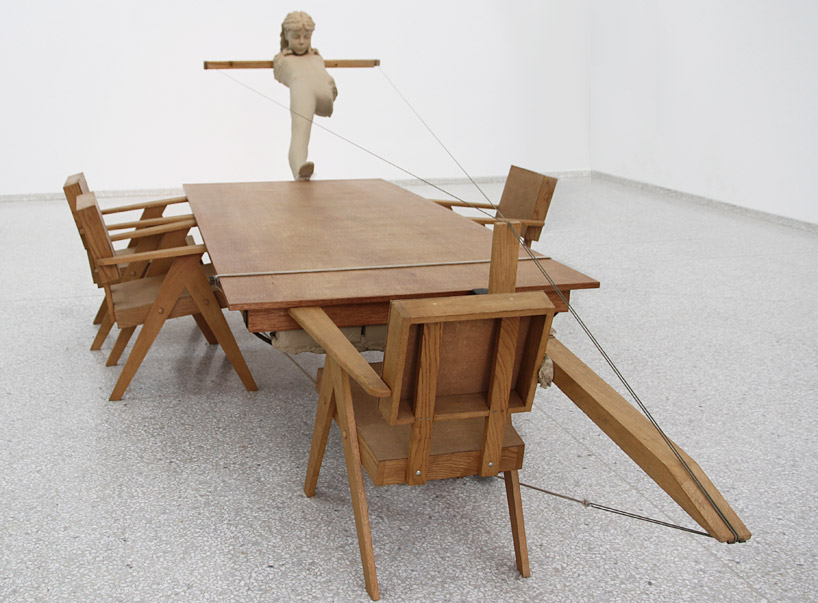 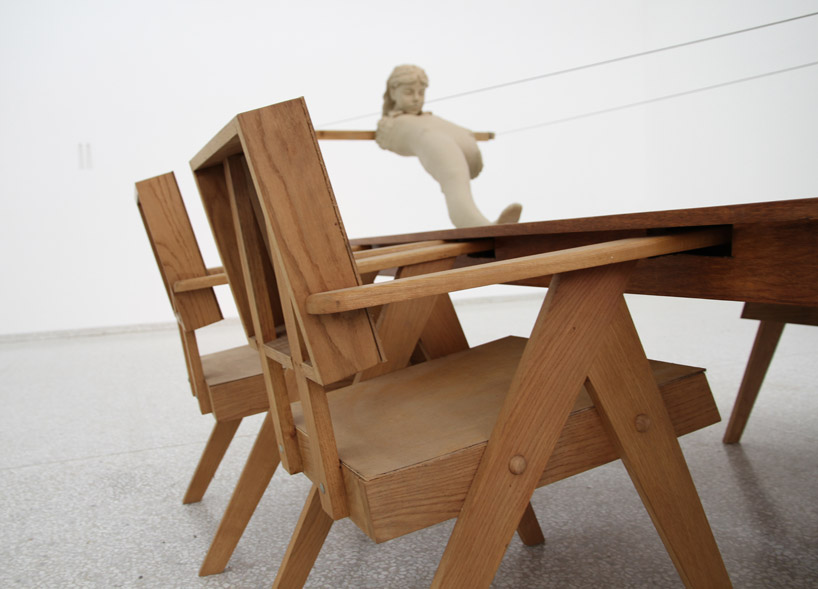 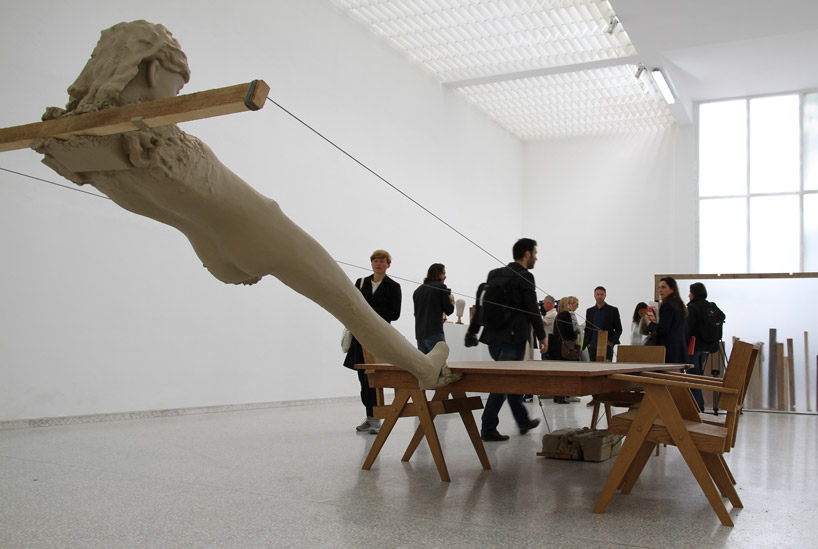 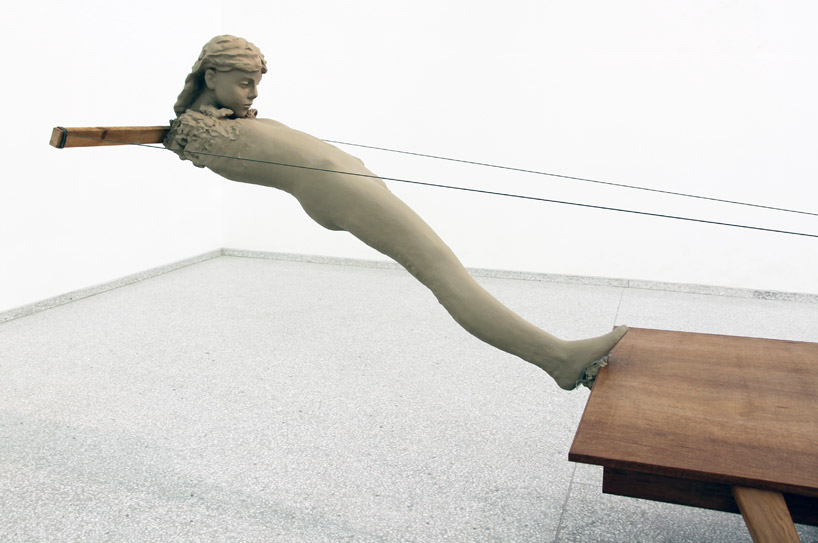 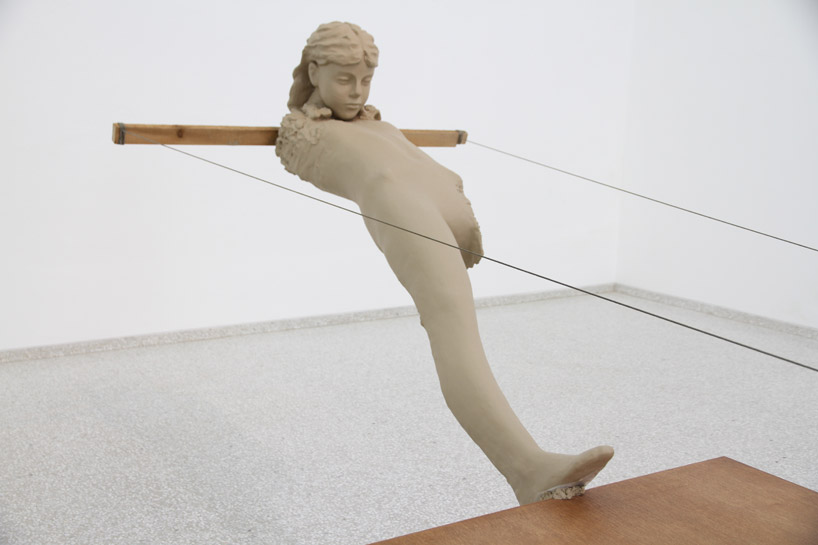 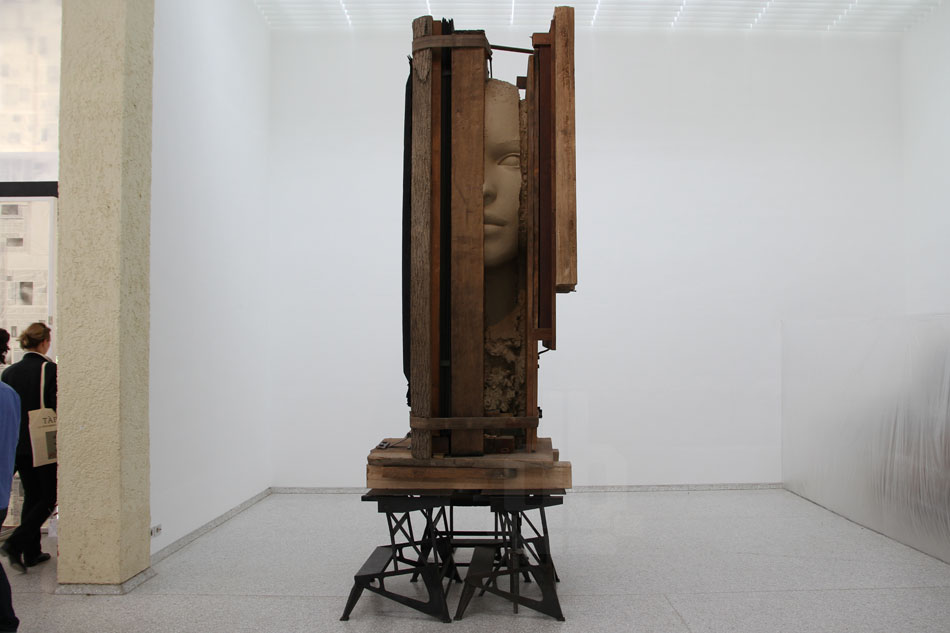 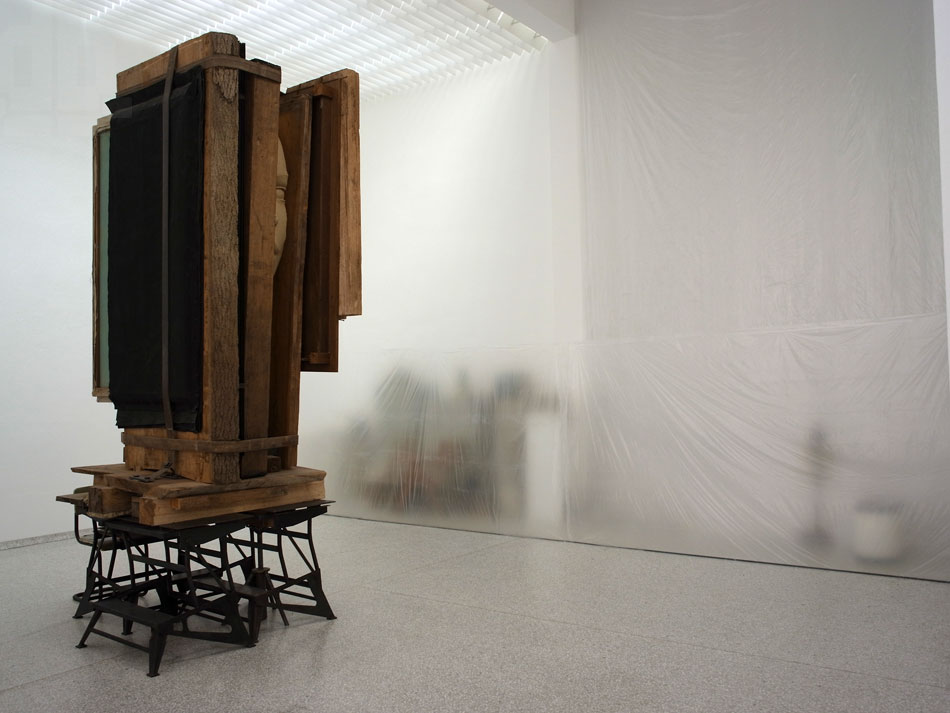 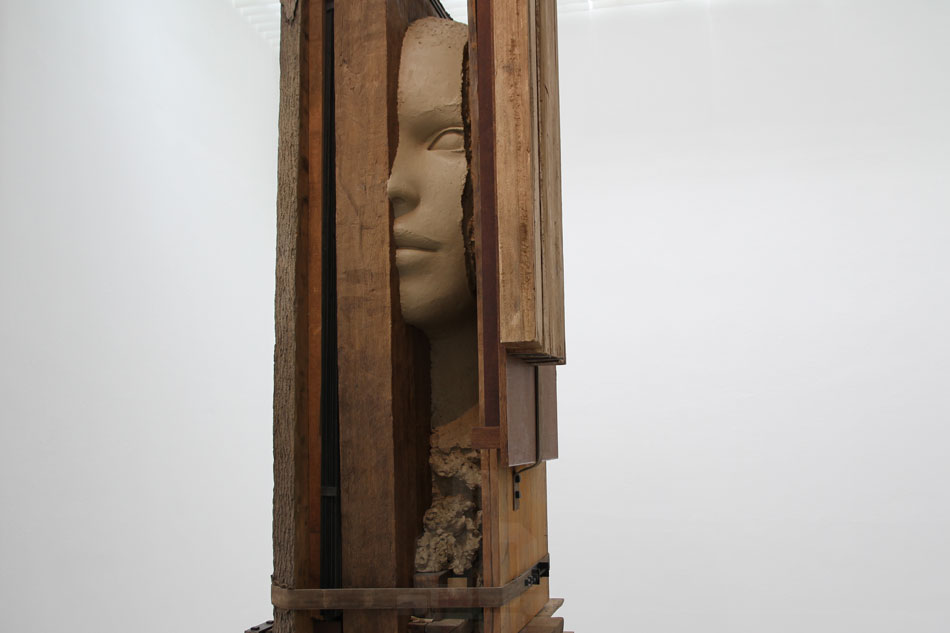 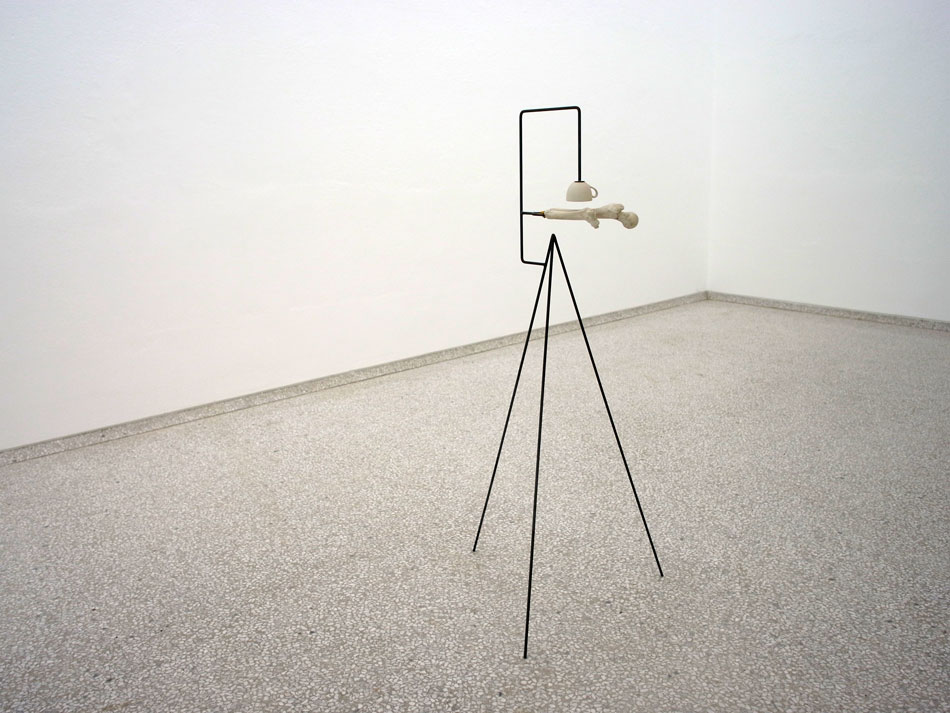 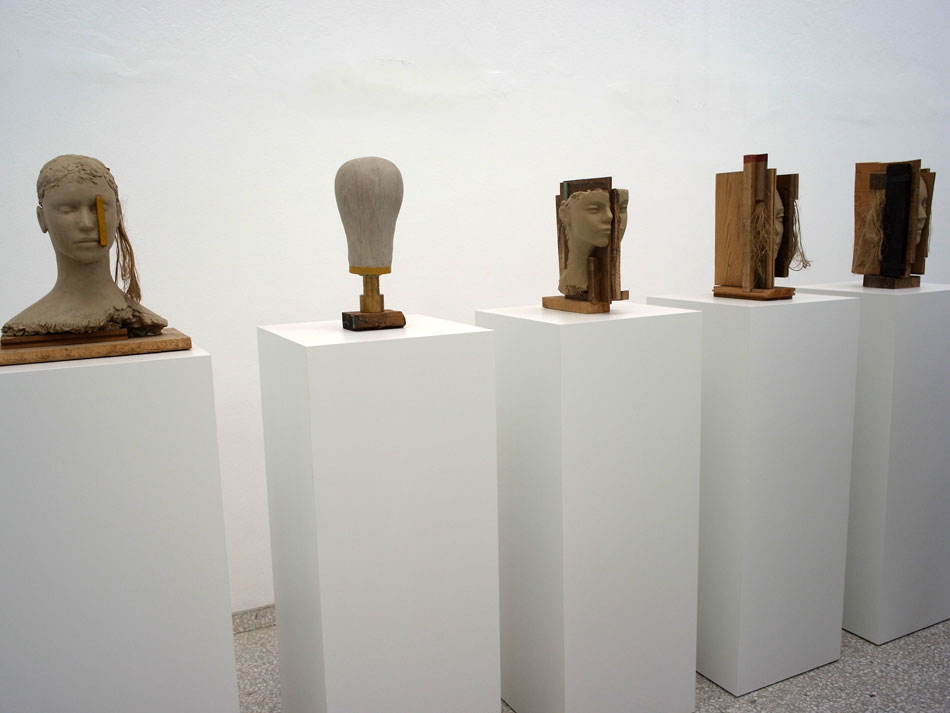 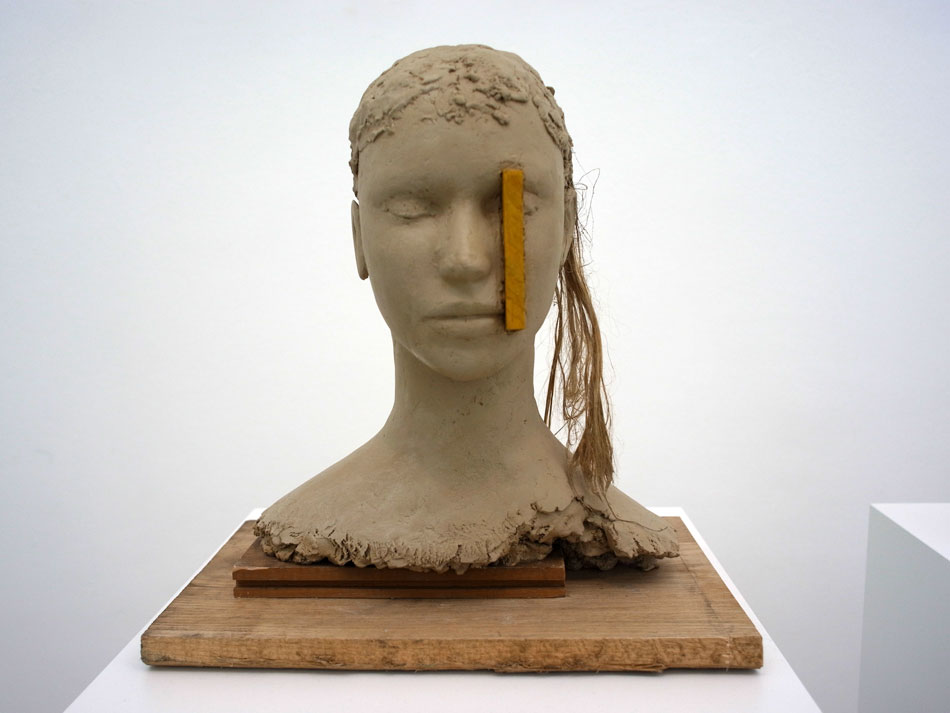 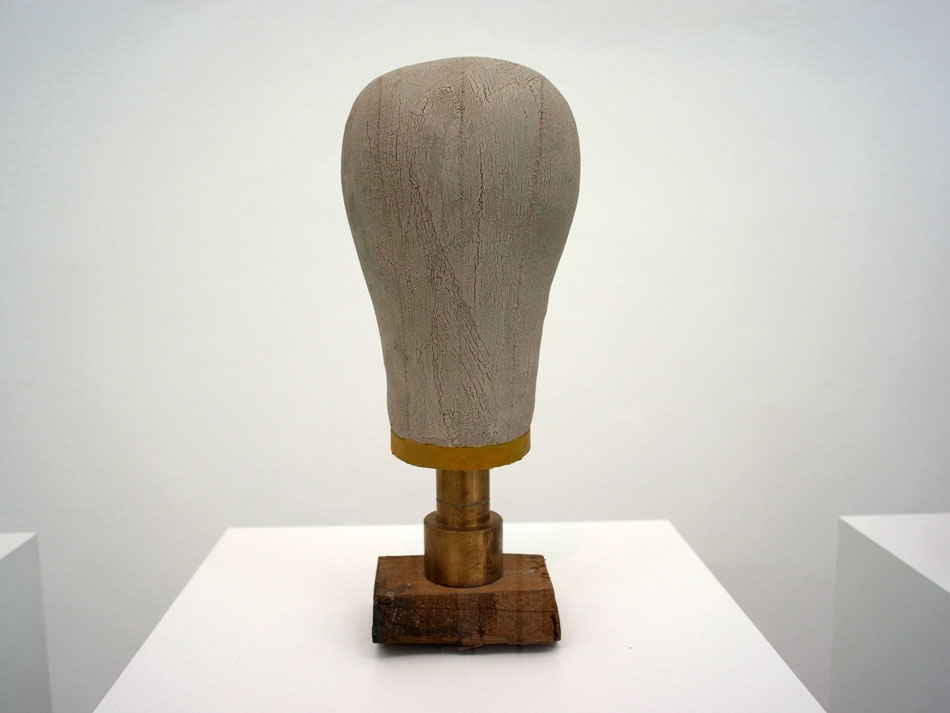 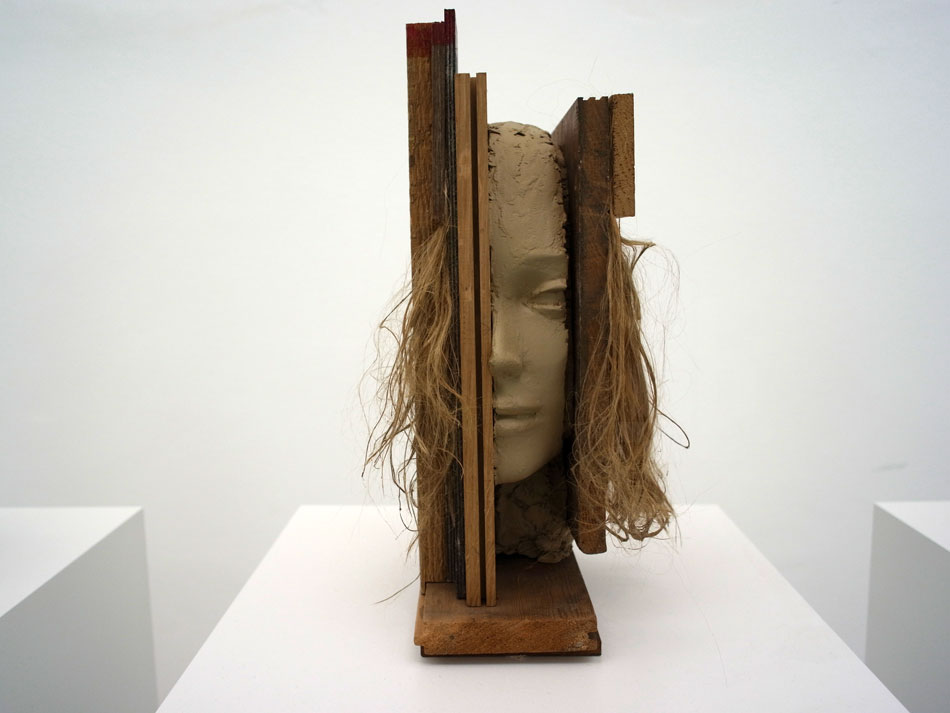 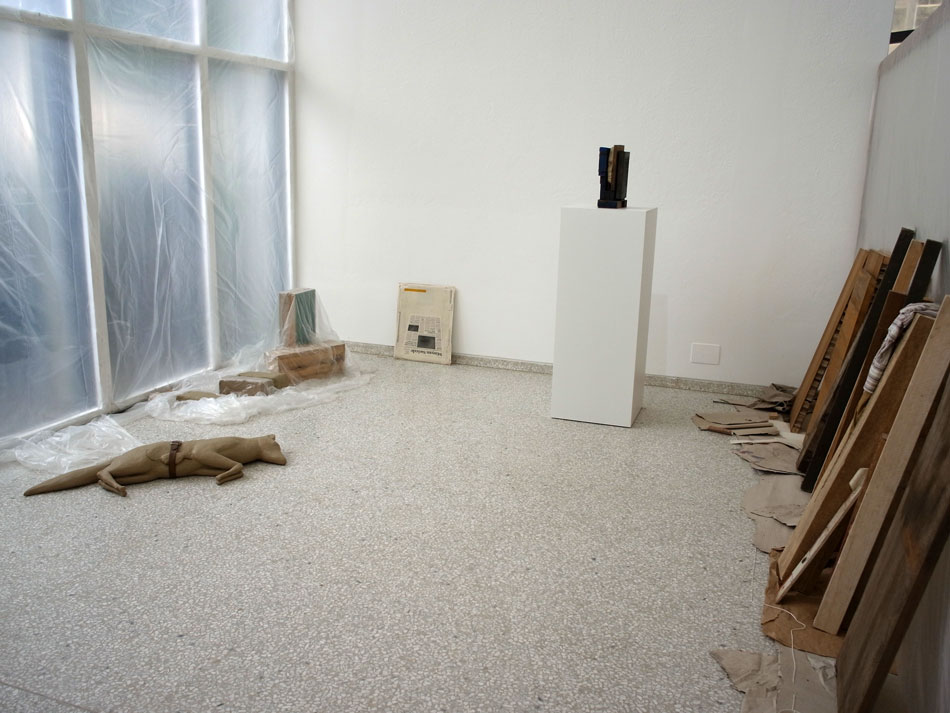 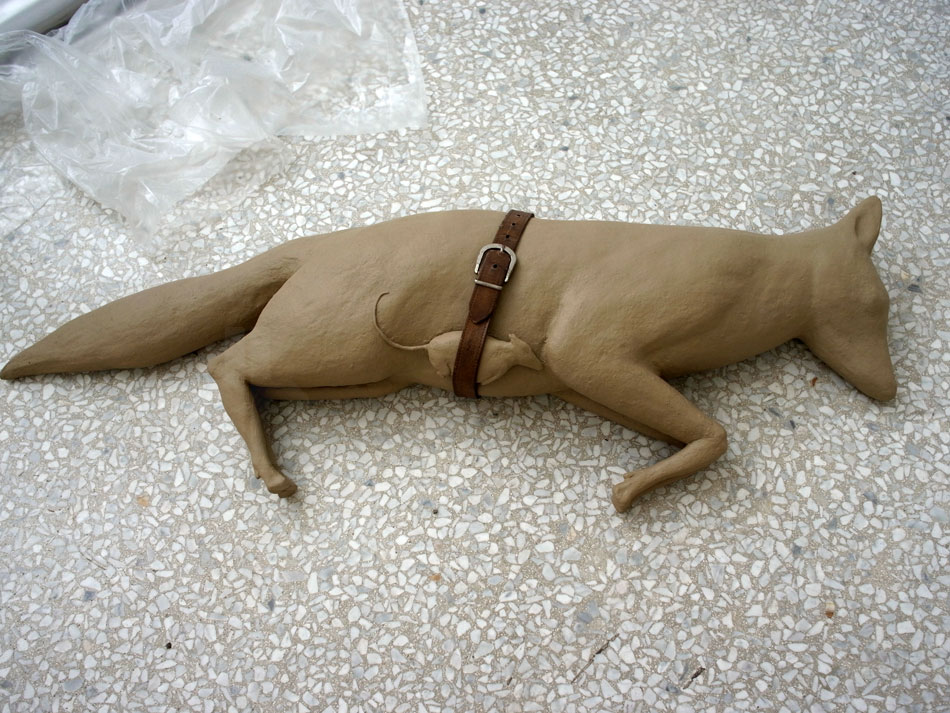 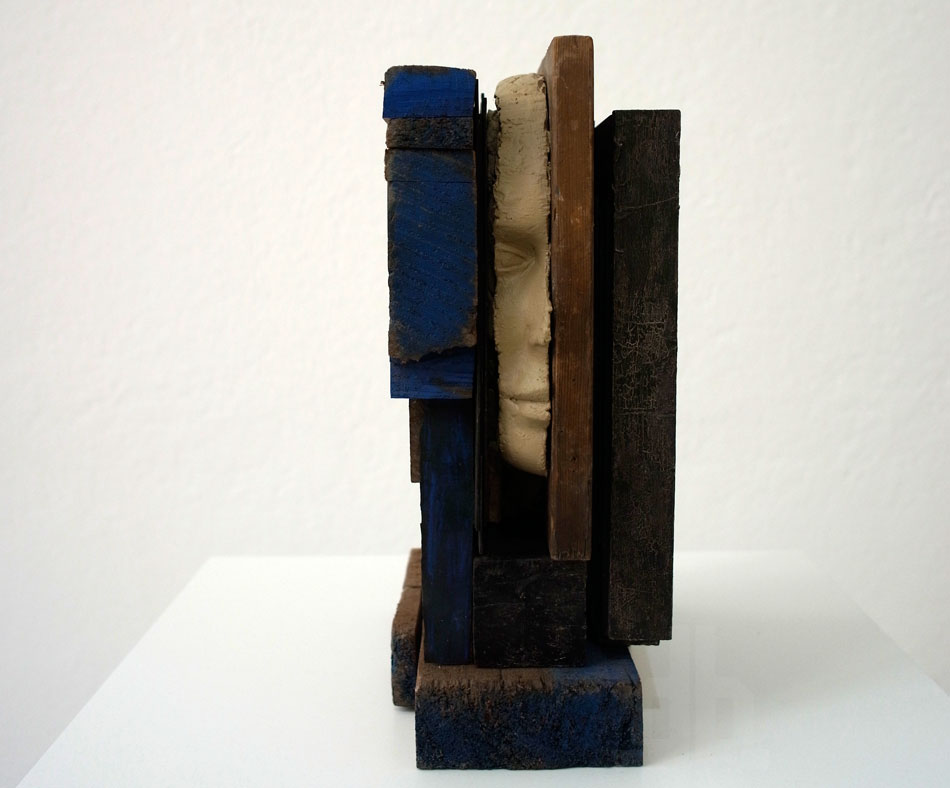 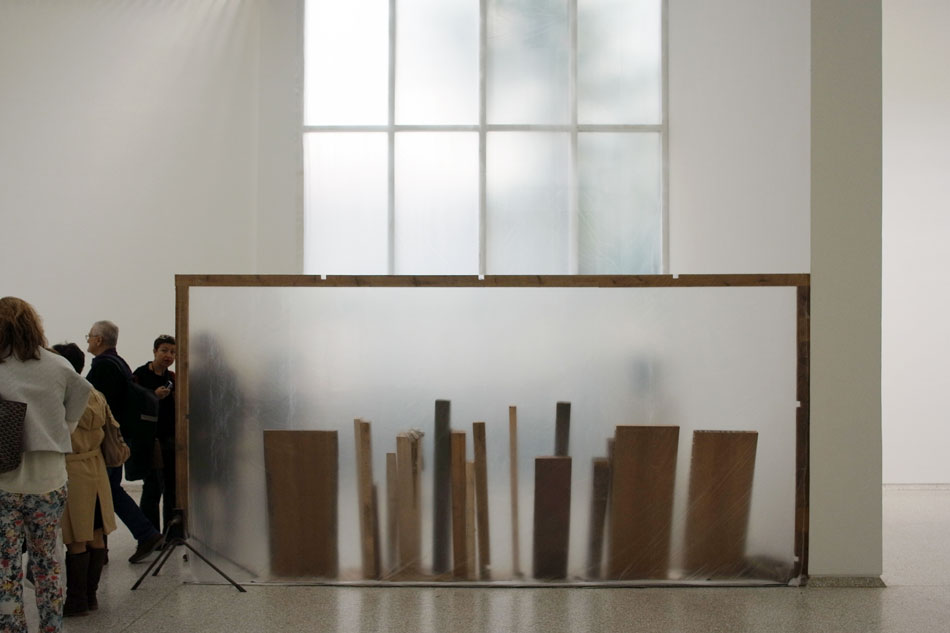