artist markus linnenbrink has installed a vibrant 40,000 square foot mural across the façade of miami‘s soon-to-be completed SLS brickell hotel and residences. best known for his signature ‘drip painting’ technique, linnenbrink has enlivened downtown’s monochromatic urban area with a colossal, chromatic landscape. commissioned by jorge m. pérez with the goal of giving the district a burst of color, the installation wraps the exterior of the architecture and sees vibrant stripes span from ground floor, to the building’s uppermost levels.

a sequence of variously hued bands are painted in succession around the hotel building, their ‘drippy’ edges subtly bleeding into one another. thin ribbons of color are interspersed between the larger blocks, giving the mural a spontaneous sensibility. ‘my goal was to create something that was born out of the process,’ linnenbrink says. ‘everything is painted in one run from top to bottom, so there’s no stopping. we’re basically treating the whole giant façade as a canvas.’

‘my work is known for its color and vibrancy,’ linnenbrink  describes, ‘so being in miami, bringing that down here, and being able to perform at this scale is an amazing opportunity.’ 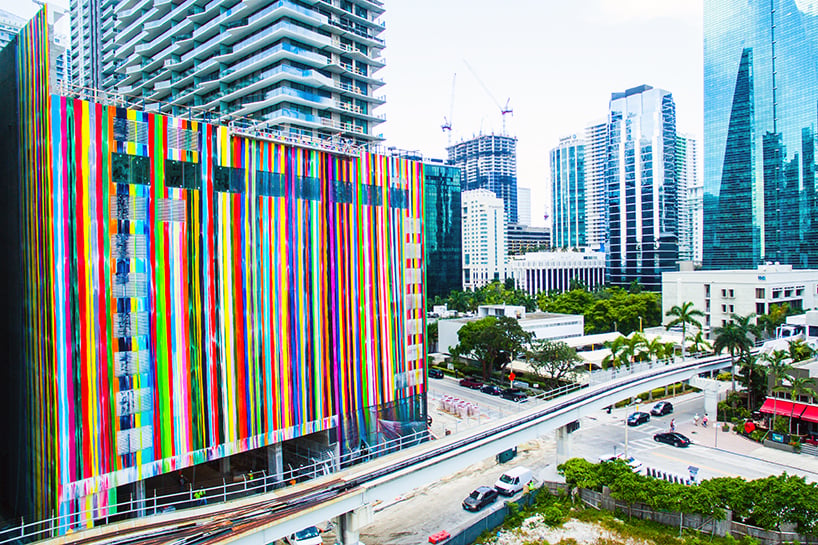 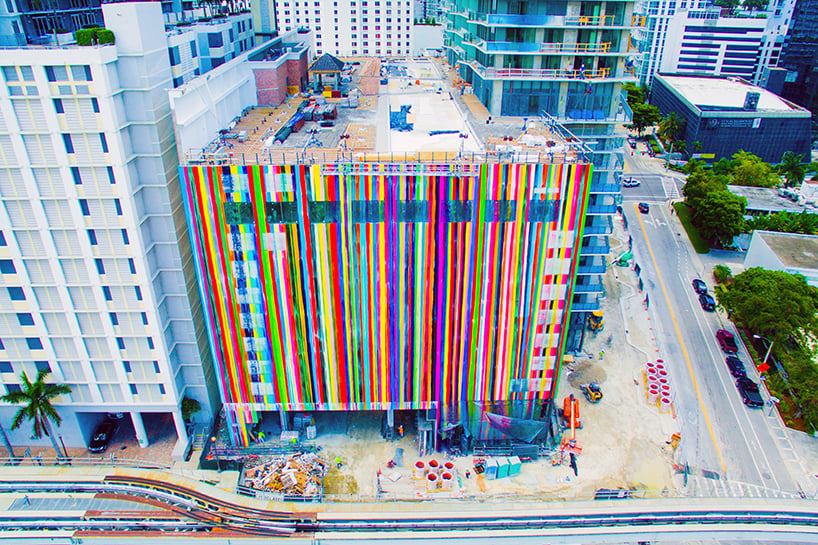 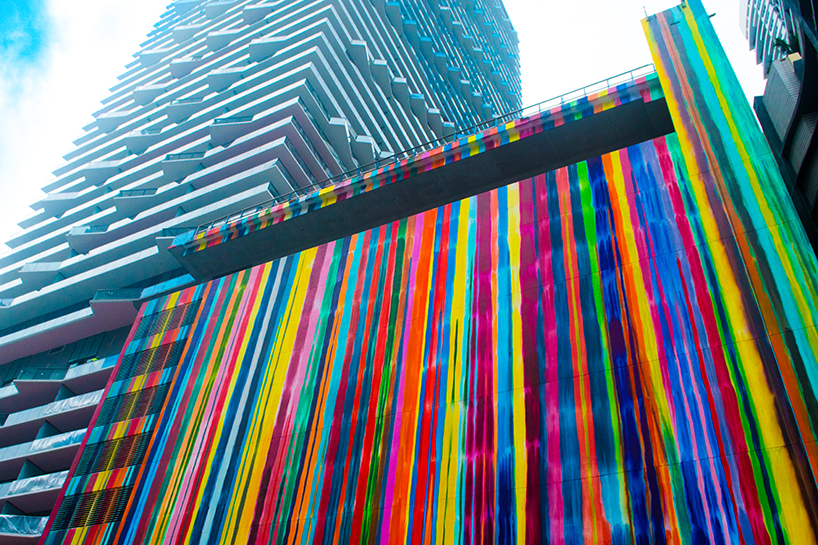 drippy edges subtly bleed into one another 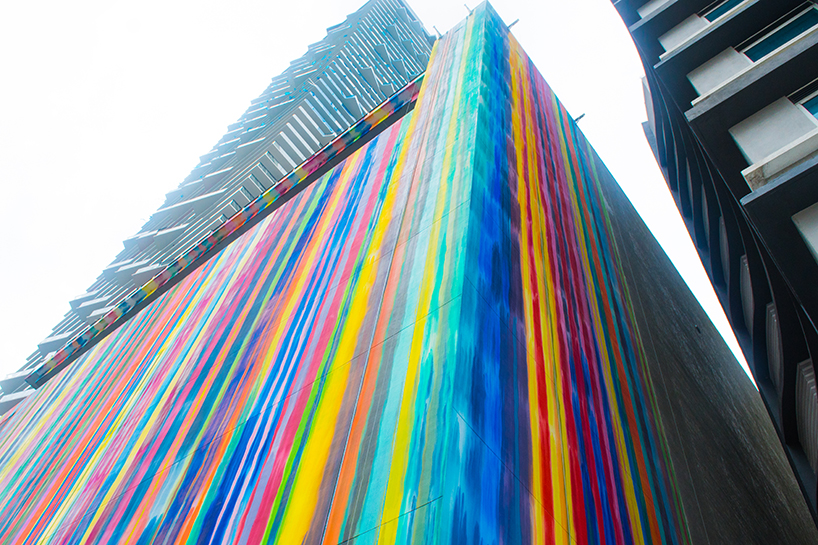 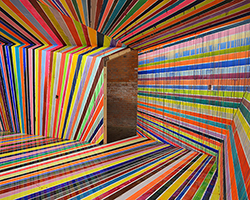 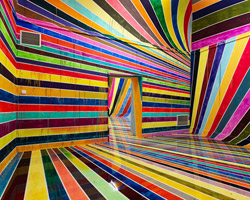