a mean machine like no other: norwegian artist markus moestue has hand-crafted a dinosaur bicycle, fit to travel across norway on a significant trip across the country. using a traditional kitchen knife, the body of the beast has been sculpted from hand-carved styrofoam, shaving away layers until the accurate anatomy was achieved. chiseling the head and body separately, moestue formed the two parts to closely resemble the elongated, pointy head and sweeping, acute tail of a ravenous raptor. the base framework has been covered with epoxy glue and glass fiber coating, and painted vibrant orange and red tones. details such as dripping saliva and razor-sharp teeth add a sense of realism to the mobile sculpture. finally, the dino was fit onto the vehicle’s final frame, welded together from three different bicycle pieces.

of it’s deep-seated symbolism, moestue tells designboom that the artwork was built ‘for a trip across the bible belt in norway. it was a protest against the dogmatic religious education of children, and the idea originated from the theme-parks of creationists that teach children that humans and dinosaurs used to live together.’ 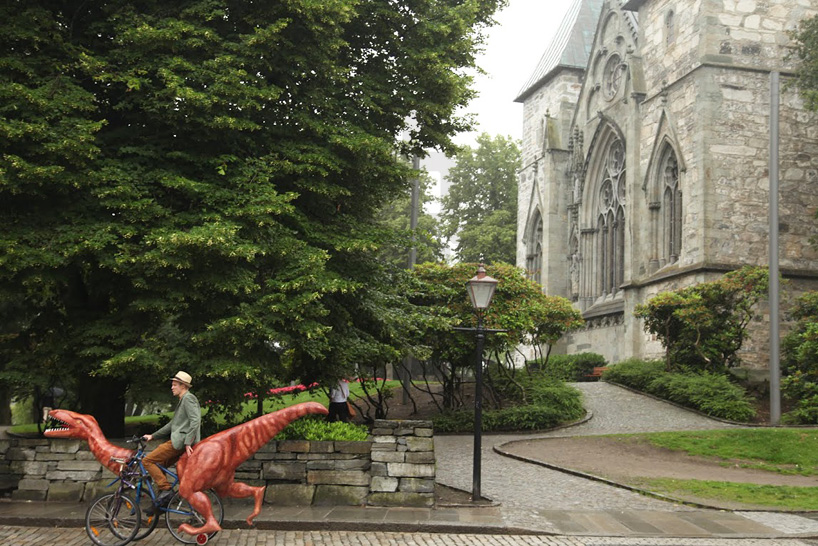 on the streets on norway 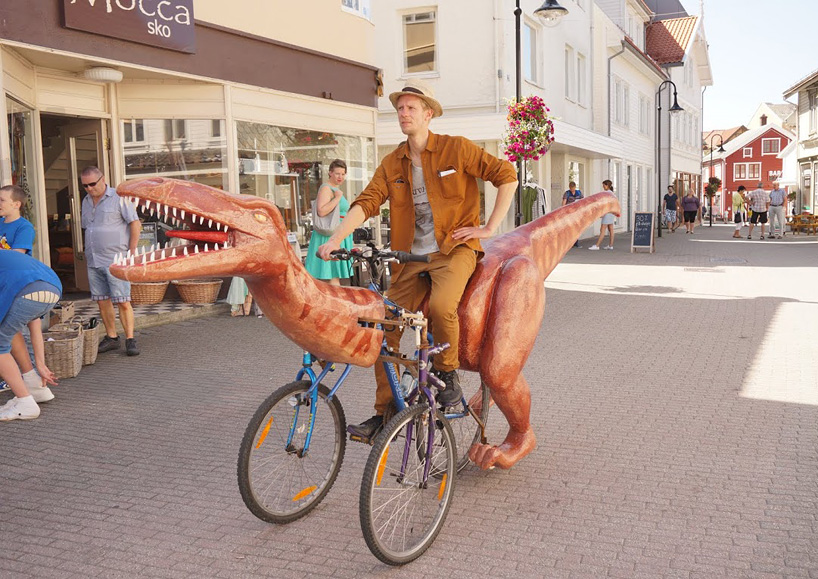 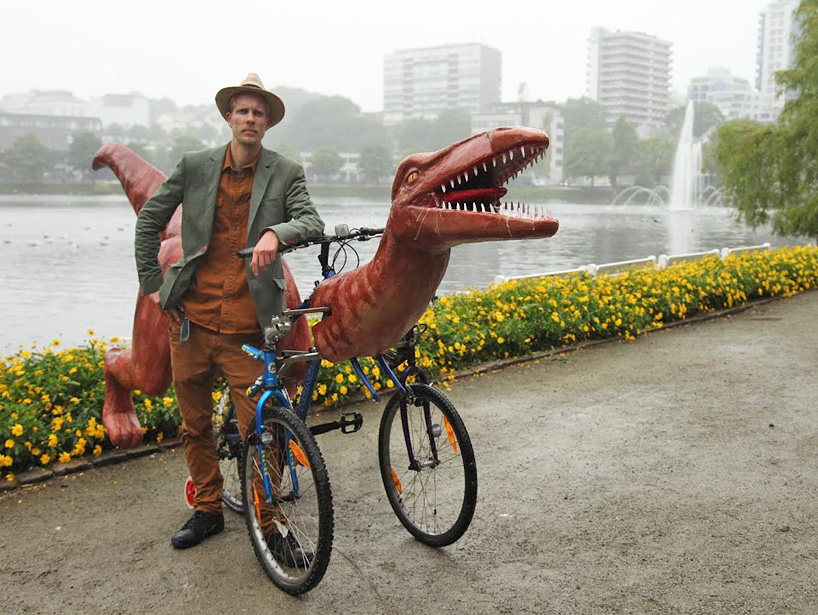 the artist and his creation parked in along the water 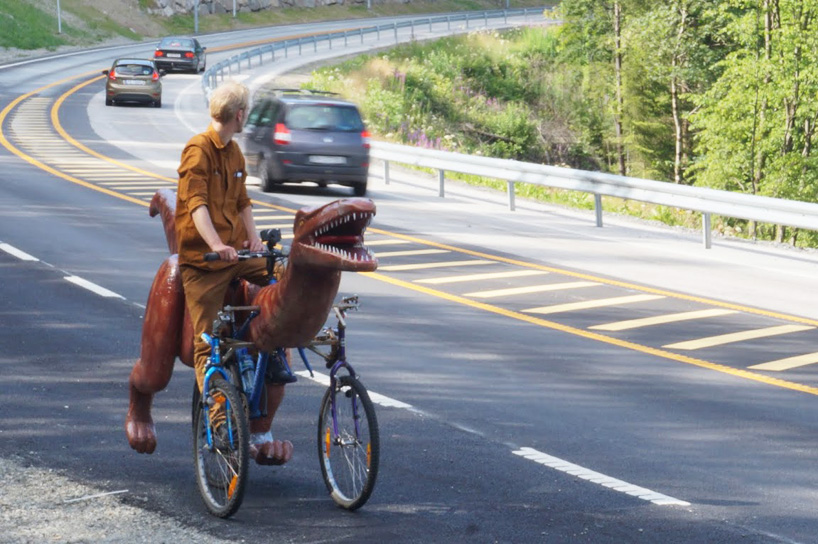 taking the mobile sculpture on the highway 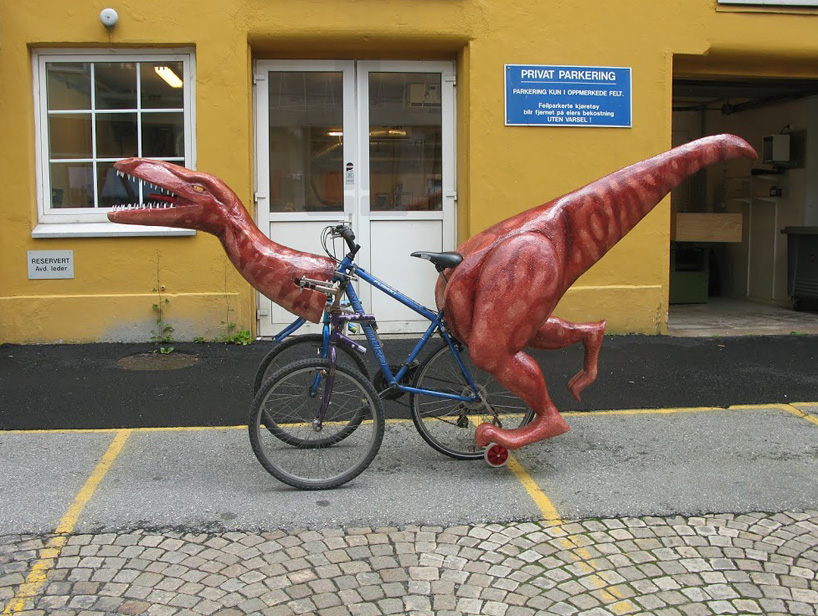 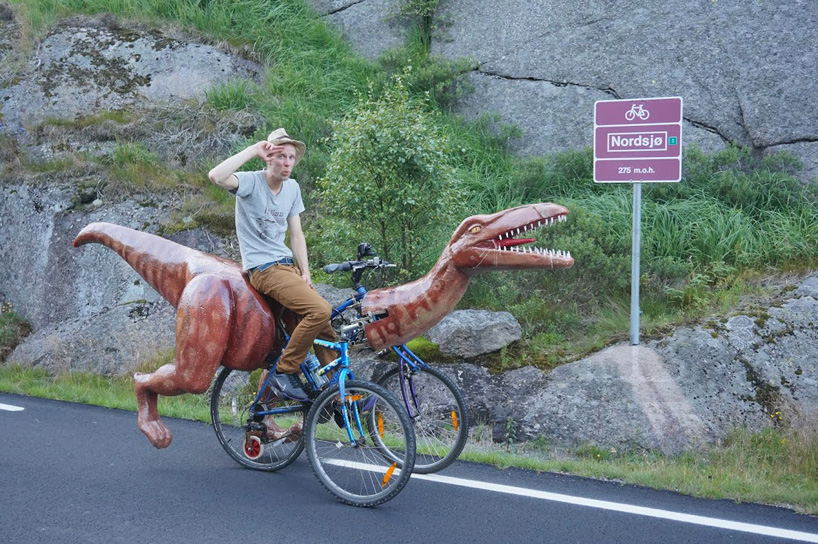 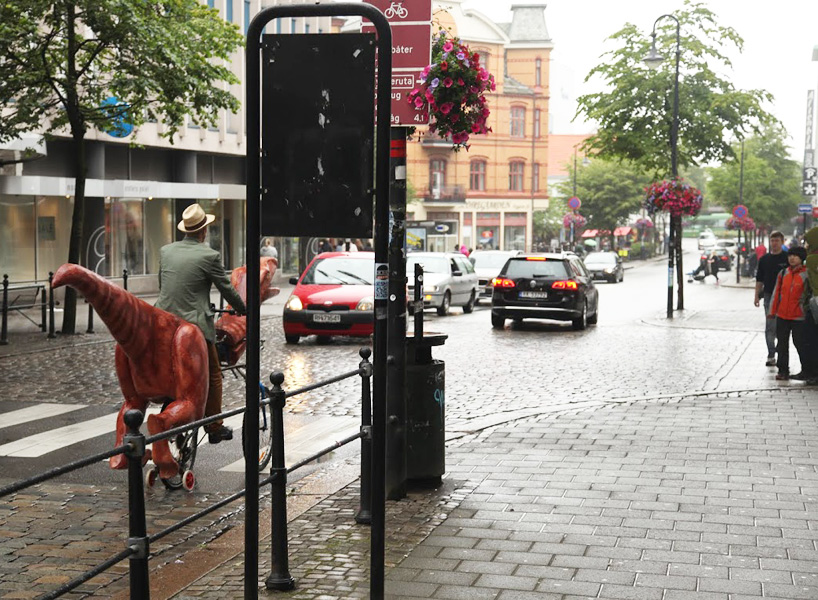 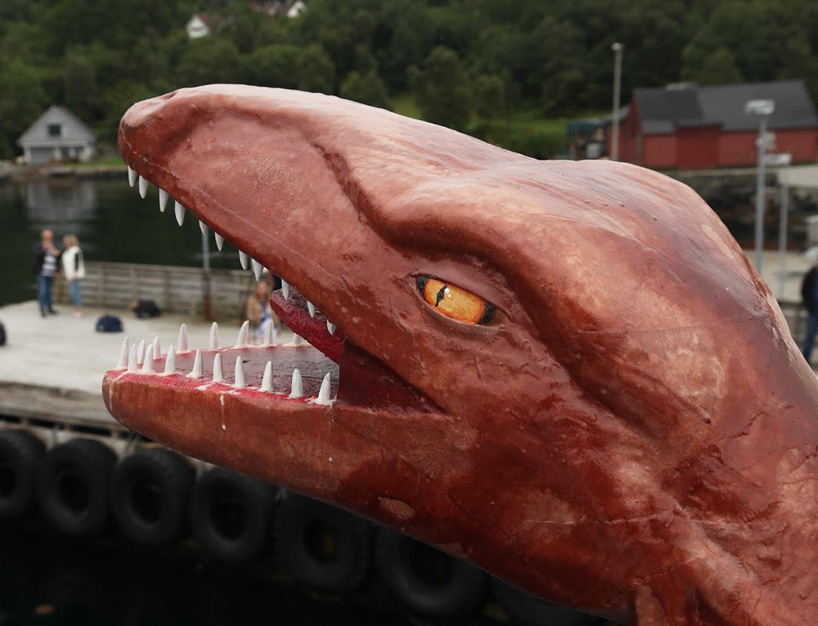 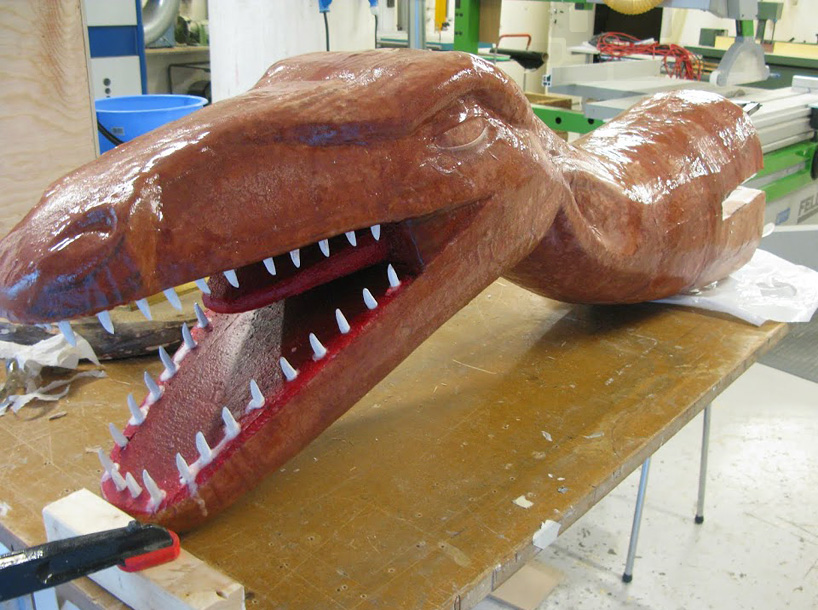 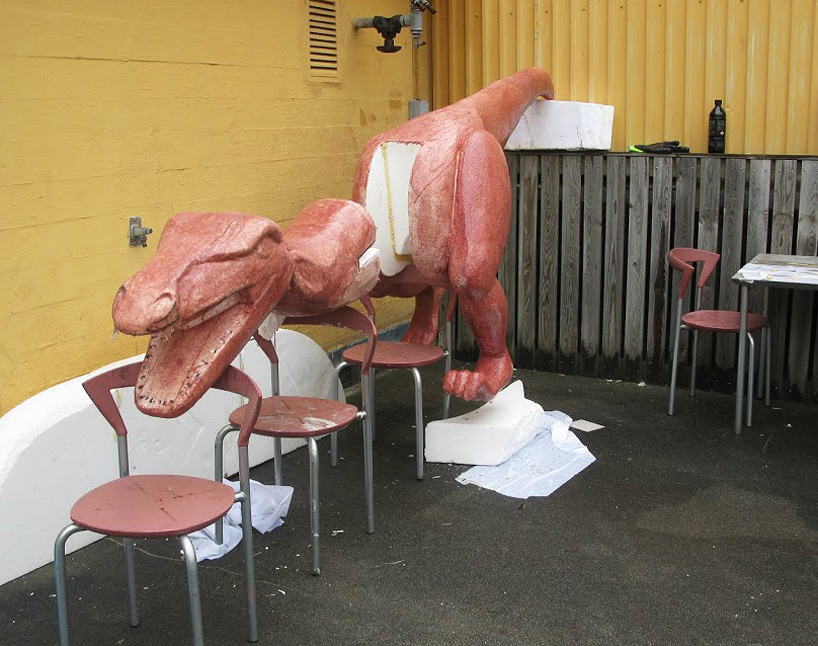 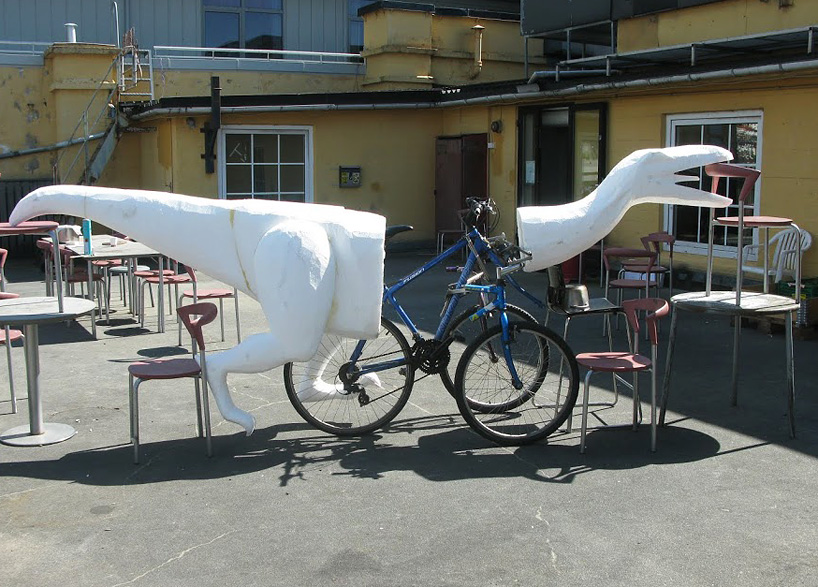 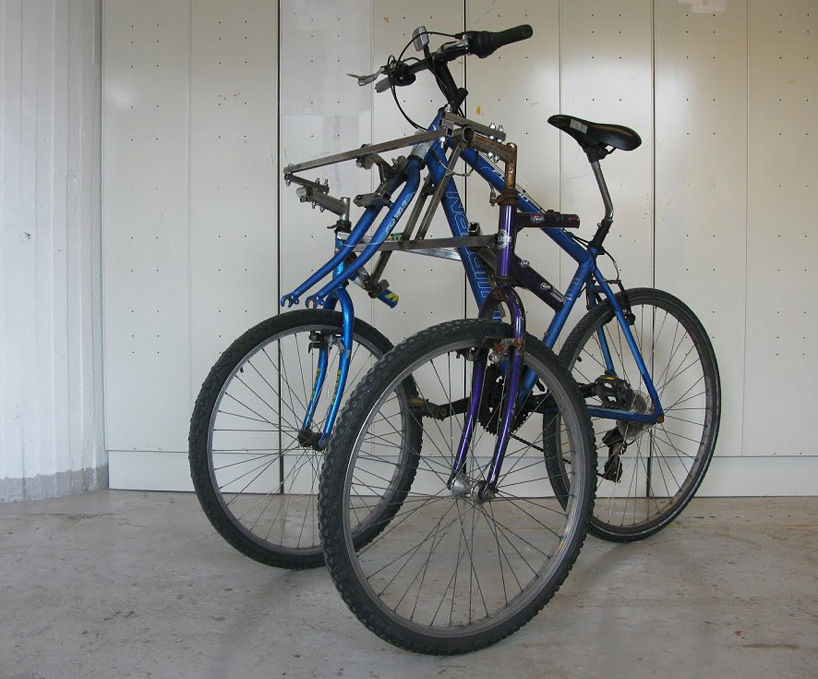 the final frame has been welded together from three different bicycles

adding the epoxy glue and glass fiber coating to the head

building the head and body independently, the two pieces were then fixed to the bike frame

the tail end, applied to the bike frame

original pieces from the bicycle were welded together

Aug 21, 2020
this dragonfly diffuser set balances on its beak while spreading gentle aromas

Jan 18, 2021
amber is an all-consuming art piece that highlights the dangers of plastic pollution
using just plastic bottles and scotch tape, this group of artists has created an artwork that speaks volumes.
art
330 shares
readers
connections: 22