exploring a variety of techniques from black markers to glitter, italian born, hong-kong-based designer marta grossi has created this series of edible banana graffiti. each piece of fruit provides a simple and unique canvas upon which to inscribe the designs, transforming their exterior skin into a piece of artwork, at least temporarily. the photos were captured on an iPhone 5 and after the work is completed, the designer destroys it – by using it for what it was intended for – to be eaten.

‘I customize my banana during the night. I have my banana for breakfast the day after. this is a temporary space and love to prove that inspiration is everywhere.’ says designer marta grossi. 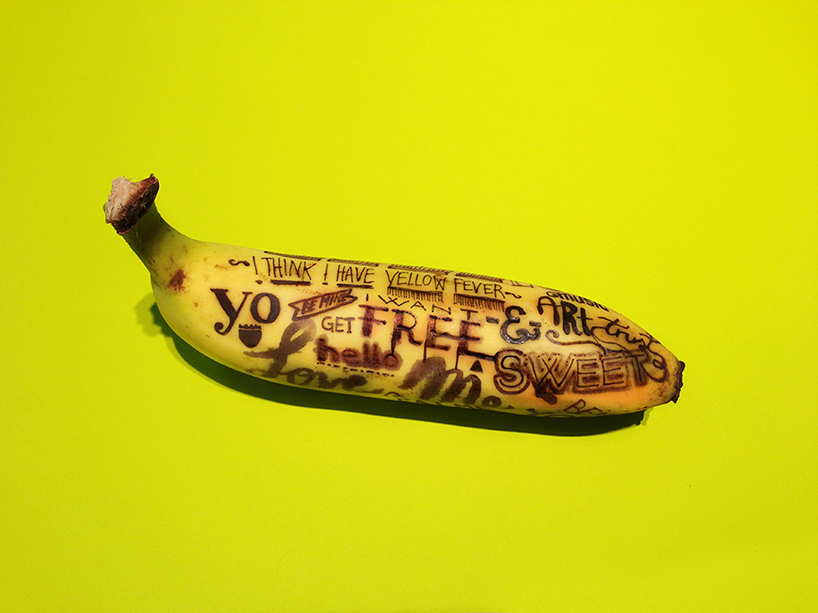 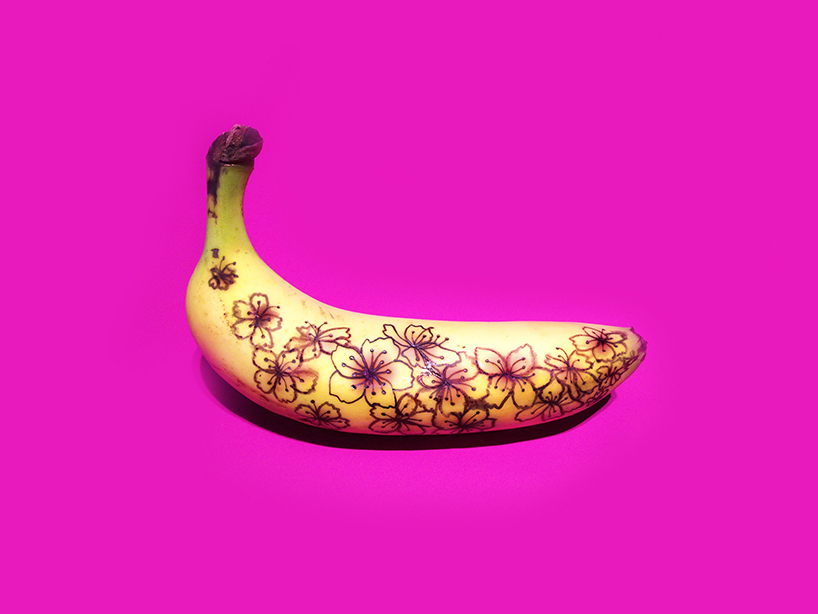 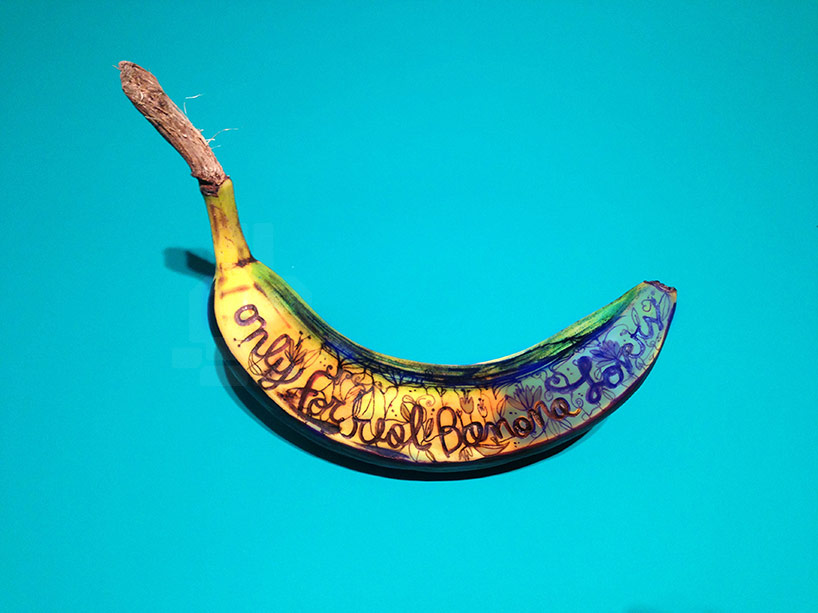 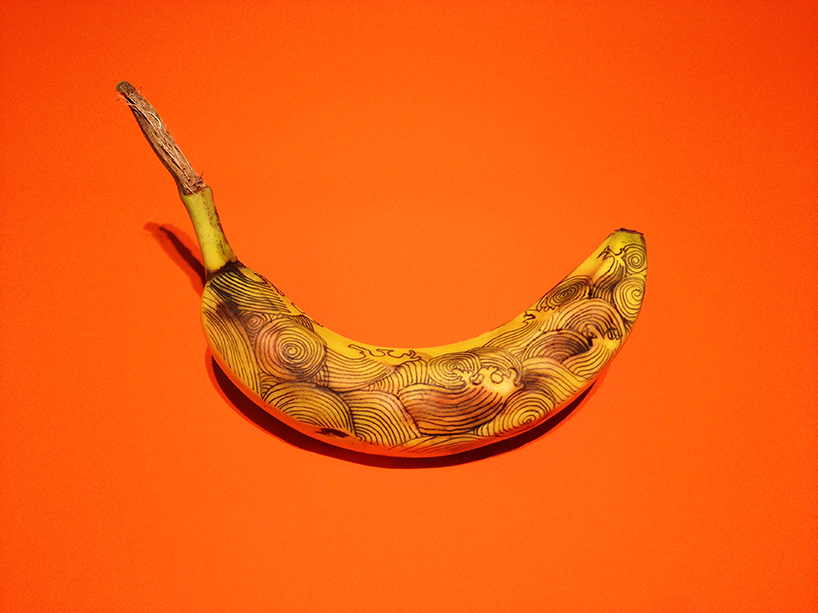 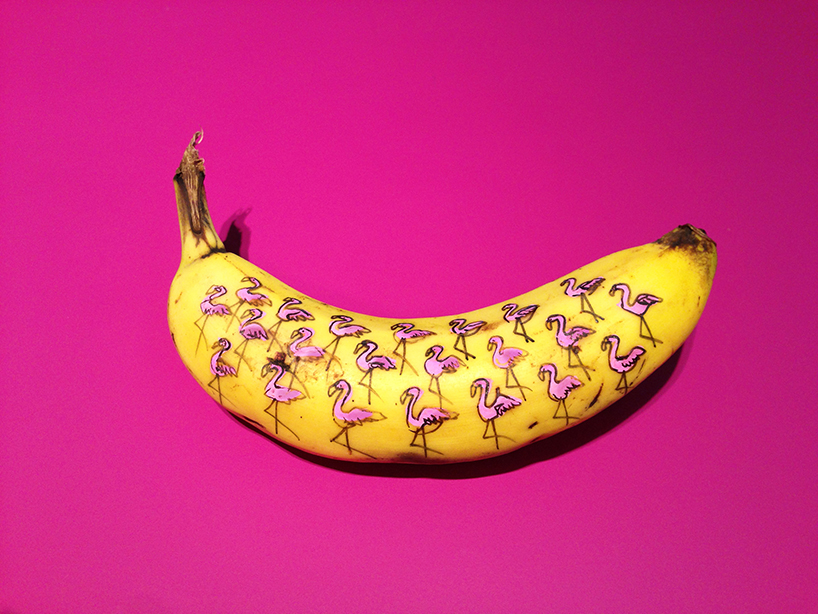 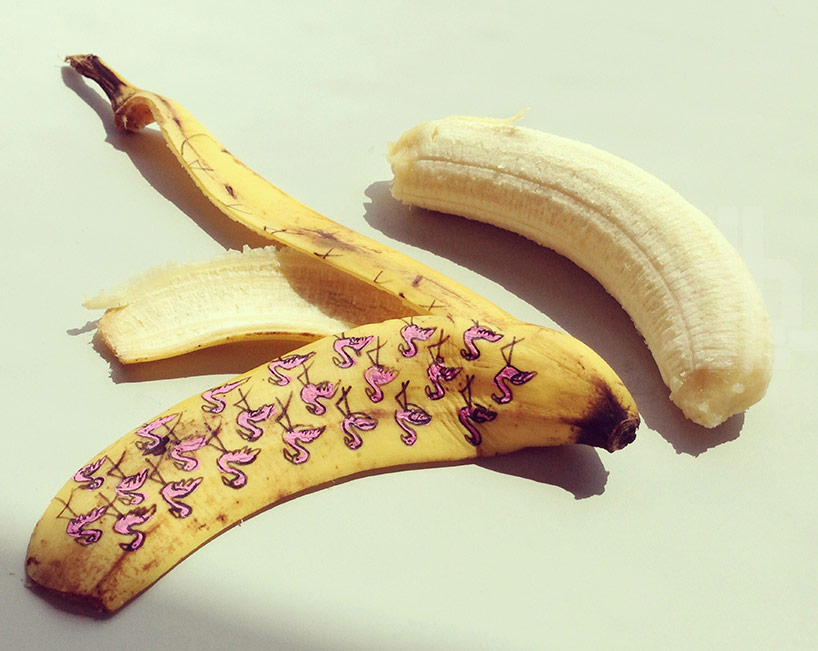 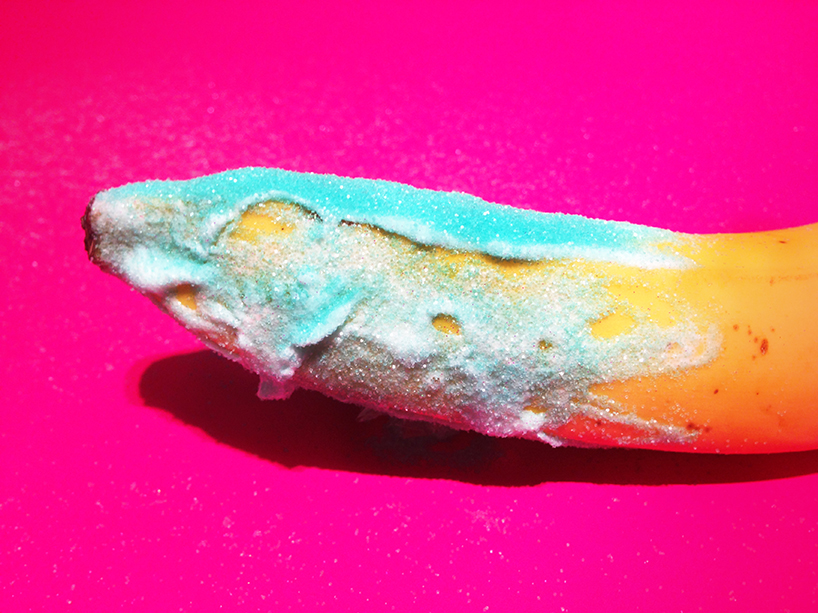 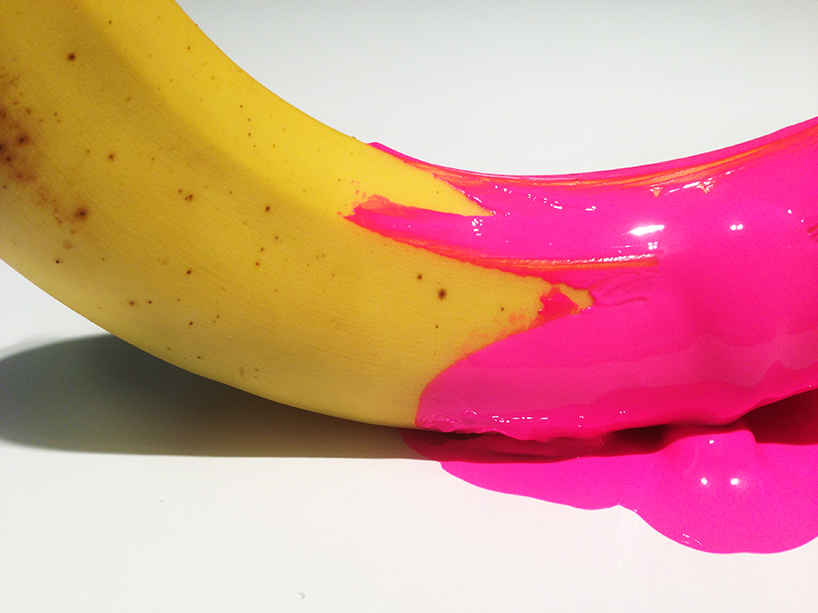 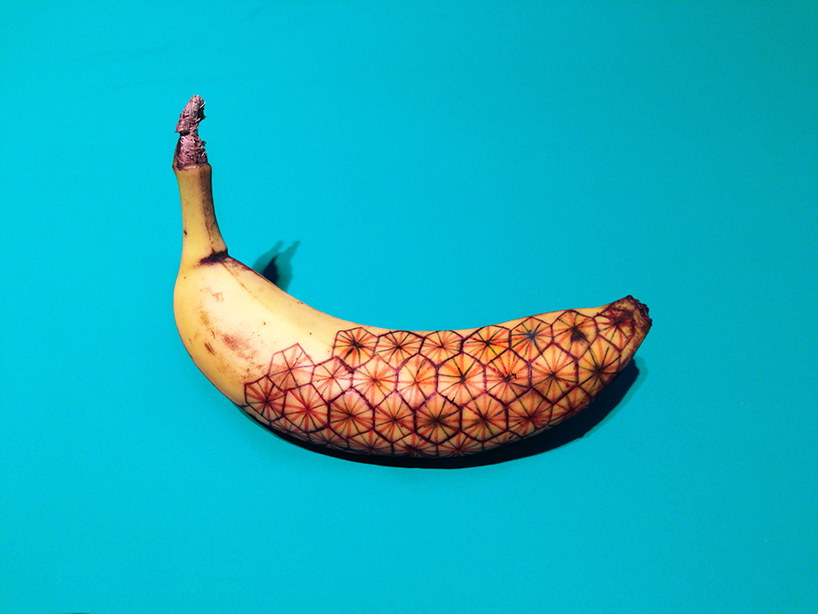 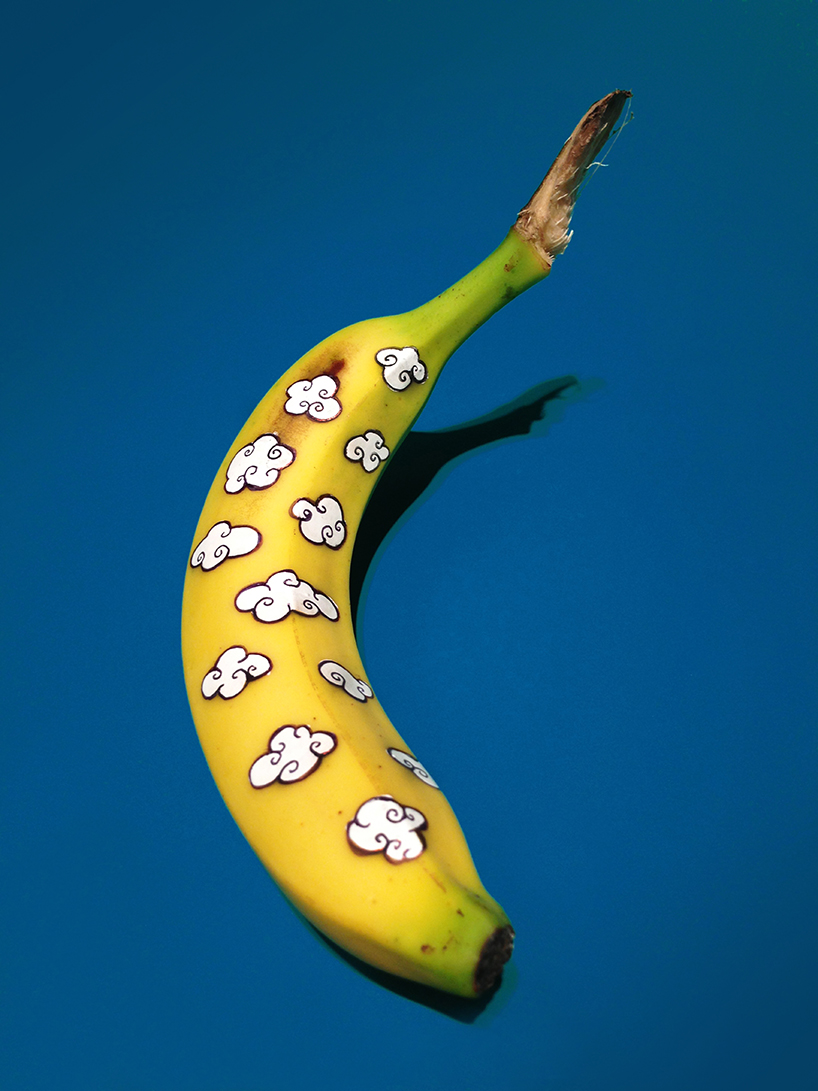 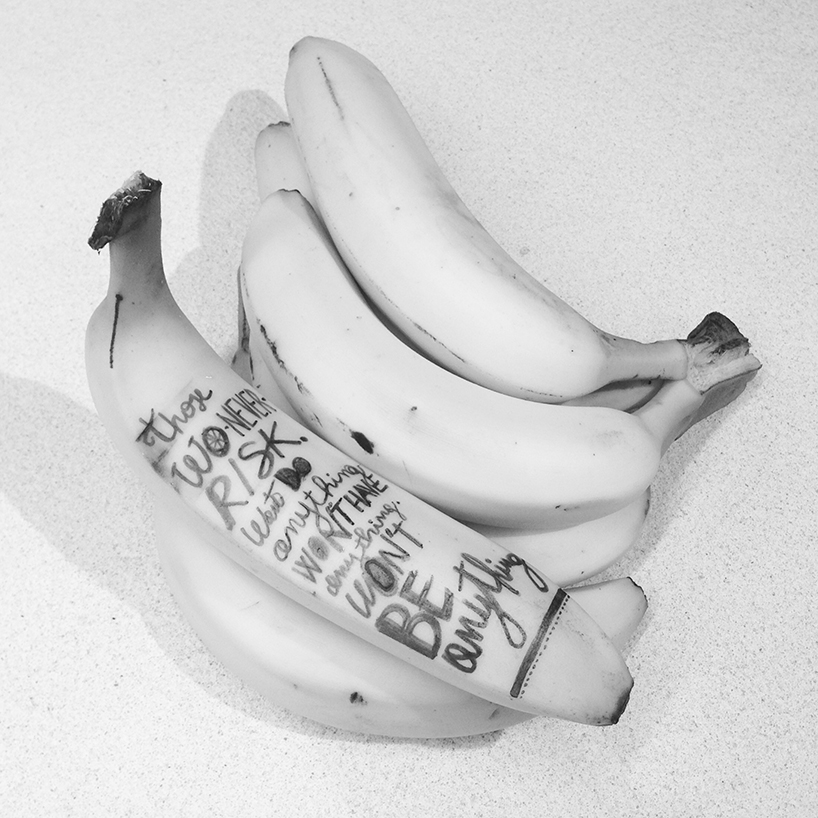 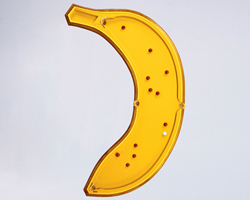 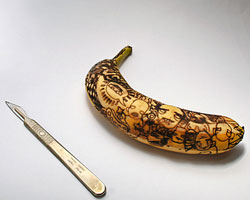