dutch design week 2016: jetske visser and michiel martens have collaborated to create ‘reflecting holon’ — a moving installation that investigates the refracting and reflecting properties of light and color. best described as a soap bubble you don’t have to blow yourself, the holons are made of razor-thin iridescent strips attached to a rotating axis. this movement creates an illusion of a spherical form that breaks and disperses the surrounding light just like a soap bubble would: revealing all the colors of the rainbow. 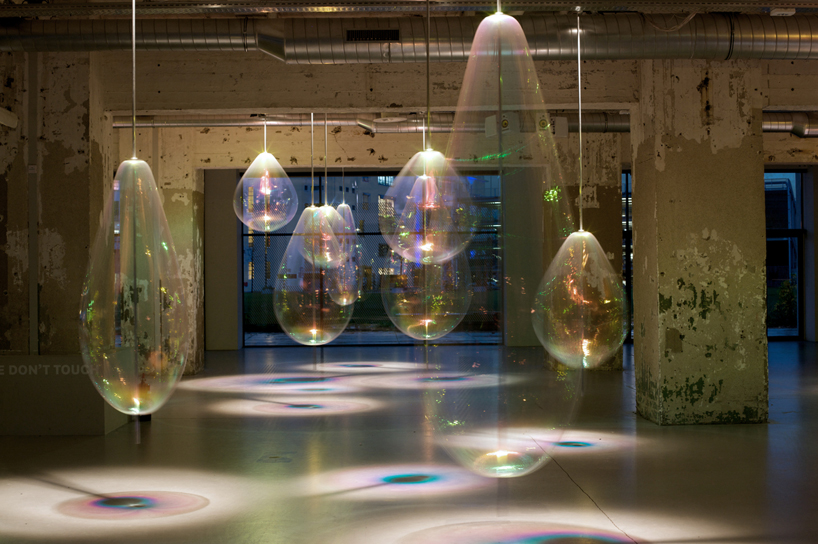 ‘we surround ourselves with products that are mostly static while in nature everything always moves,’ comments jetske visser and michiel martens on the motivation behind the project. the bubble-like holons are driven by simple electro-motors that sustain them without effort and as they move, the material appears to melt into a liquid whole. once installed, the rotating pieces attract users in such a way that makes them want to touch them, explode them and even blow them away. 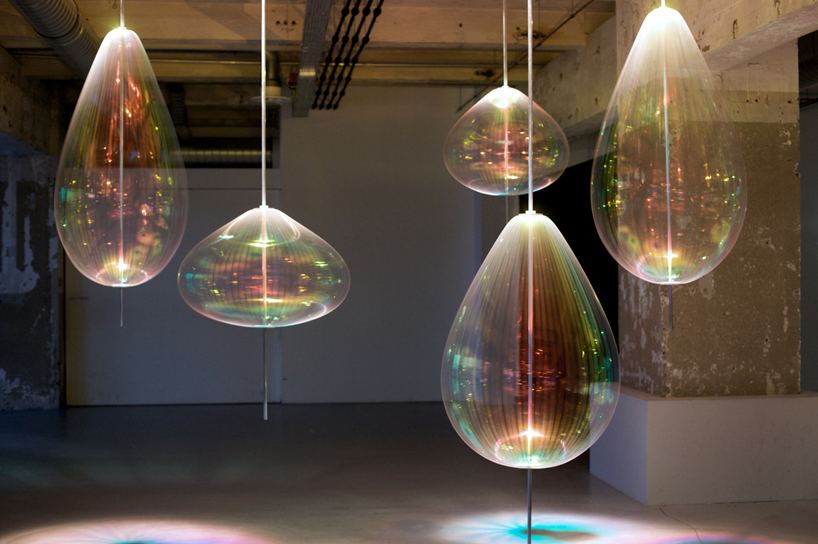 called the holons, each holon is made of razor-thin iridescent strips 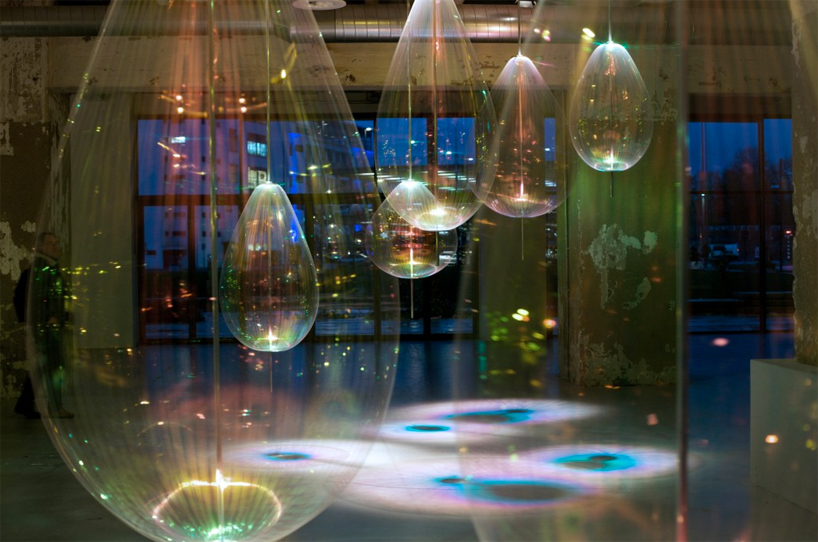 each strip is attached to a rotating axis 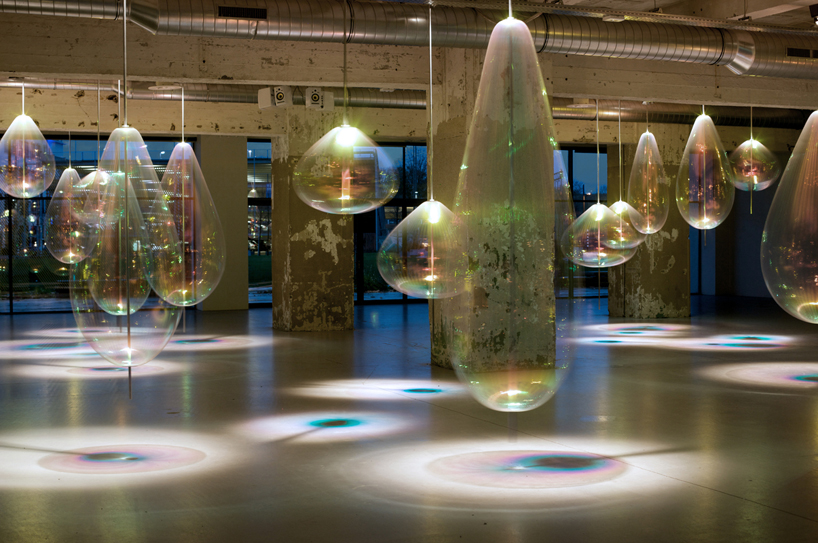 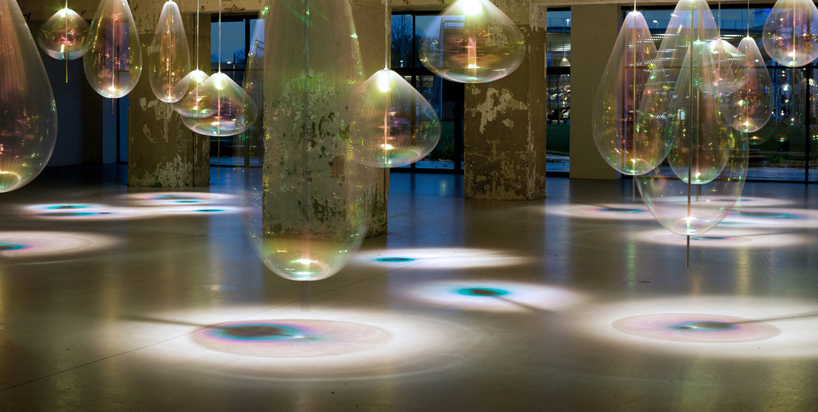 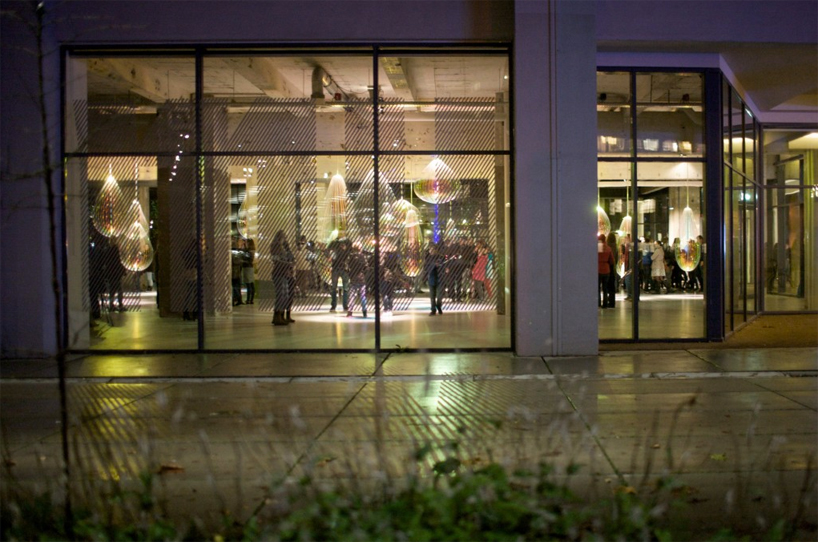 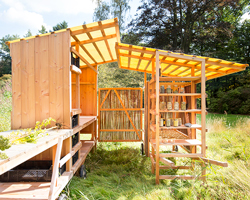