the UK greets the olympics with martin creed’s interactive sound installation ‘work no. 1197: all the bells in a country rung as quickly and as loudly as possible for three minutes’

hours before the official opening ceremony of the 2012 olympics, the UK welcomed the games to london with a three-minute nationwide ringing of the bells, in the ‘work no. 1197: all the bells‘ installation by turner prize-winning scottish artist and musician martin creed.

big ben led the historic initiative by chiming over 40 times over the course of three minutes, believed to be the first time that big ben has rung outside of its regular schedule since the funeral of king george VI in 1952. the royal navy, national theatre, ancient and honourable guild of town criers, and the handbell ringers of great britain are others among the thousands of churches and organizations who took part. at the ‘supernature‘ light installation at jubilee wood, commissioned for the olympic torch relay event, project artists mat clark and mary branson created a special sound installation for the morning– ‘clanger’– featuring recordings of the 12 bells of the guildford cathedral, each played from a separate speaker hidden in the forest. individuals were also invited to participate, with handbells, a digital bell on the london 2012 event app, bicycle chimes, a shake-and-play ringtone, or any other sounding object.

welcome to the london 2012 olympic games!

martin creed discusses the concept behind ‘all the bells’ 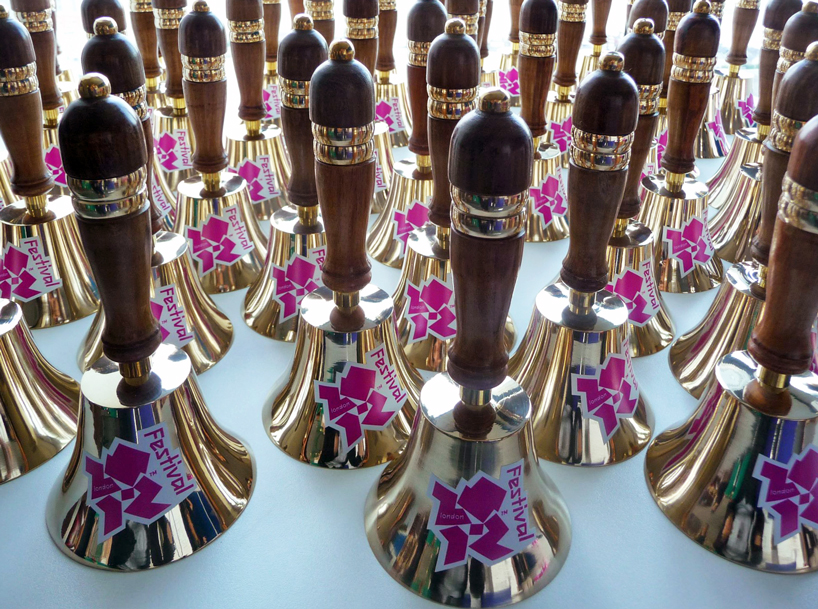