argentinian visual artist maru ceballos has created a series of illustrations based on the divine comedy, an epic 14th-century work by italian poet dante alighieri. the narrative describes dante’s travels through hell, purgatory, and paradise or heaven. 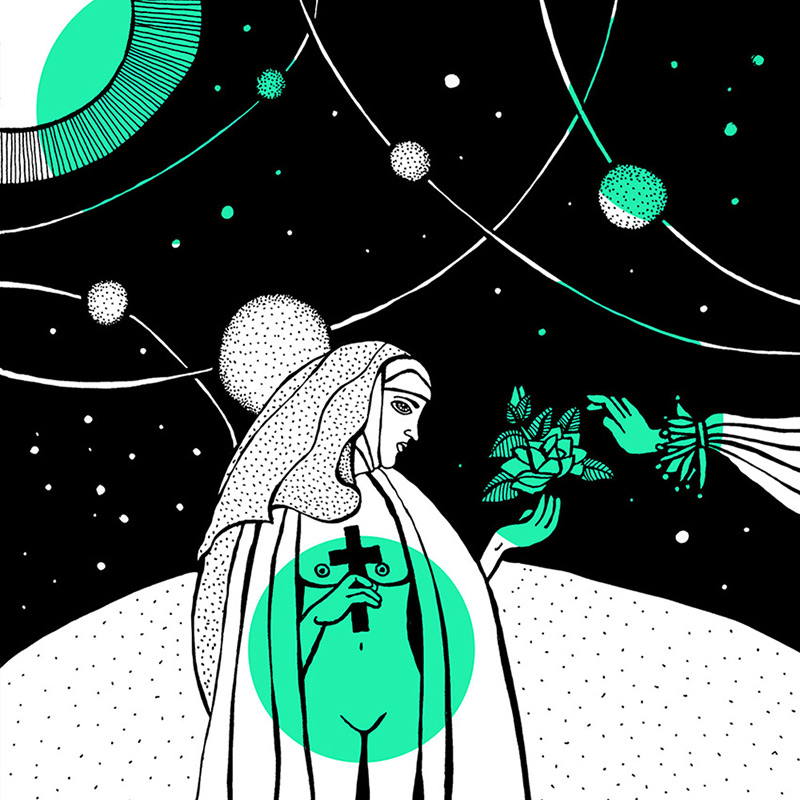 in ceballos‘ conceptualization, the readers are given the viewpoint of dante and the divine comedy is represented as virgil, the roman poet who is presented as human reason in dante’s work. the approach of the illustrations escapes literal representation and instead offers a conceptual summary. 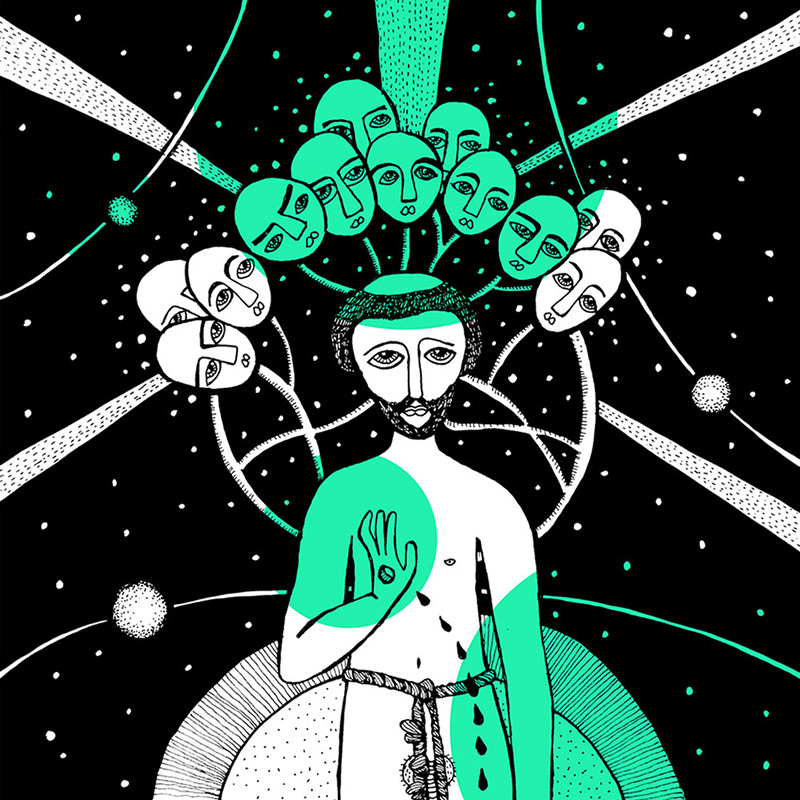 ‘decontextualized and loose, they can seem surreal,’ explains ceballos. ‘they have a mix of a lot of things, but they are a visual and symbolic synthesis of the complete work — there is a whole systemic morphological issue in the illustrations.’ 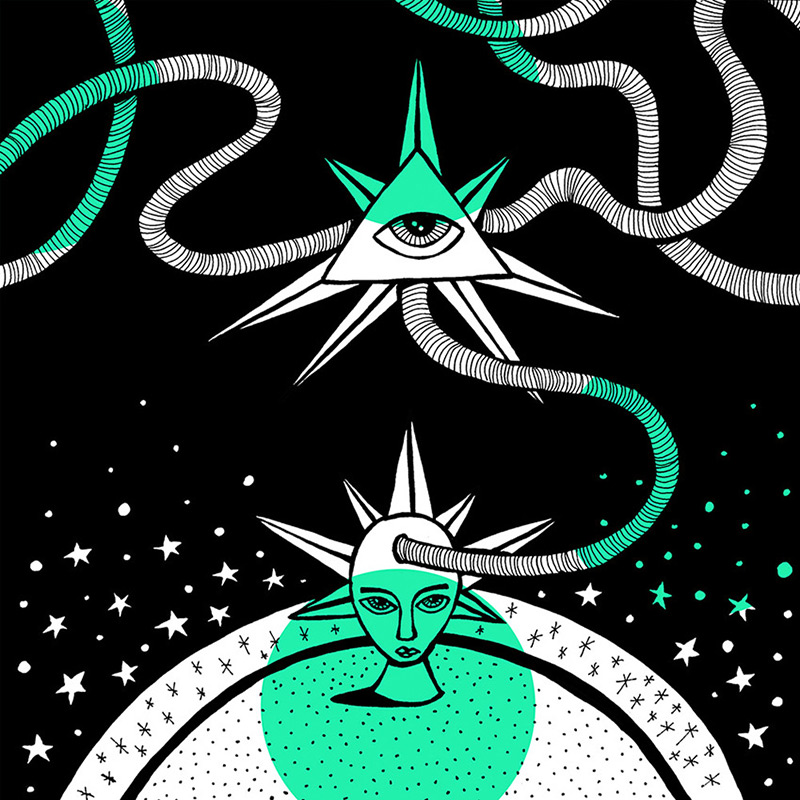 ceballos, who is known for her striking, inky, horror style, depicts each part of the divine comedy. hell is drawn chaotic, its character submerged in holes; in purgatory, they are on earth; and in paradise the characters are in the cosmos, the different skies and planets representative of their different symbology and mythology. 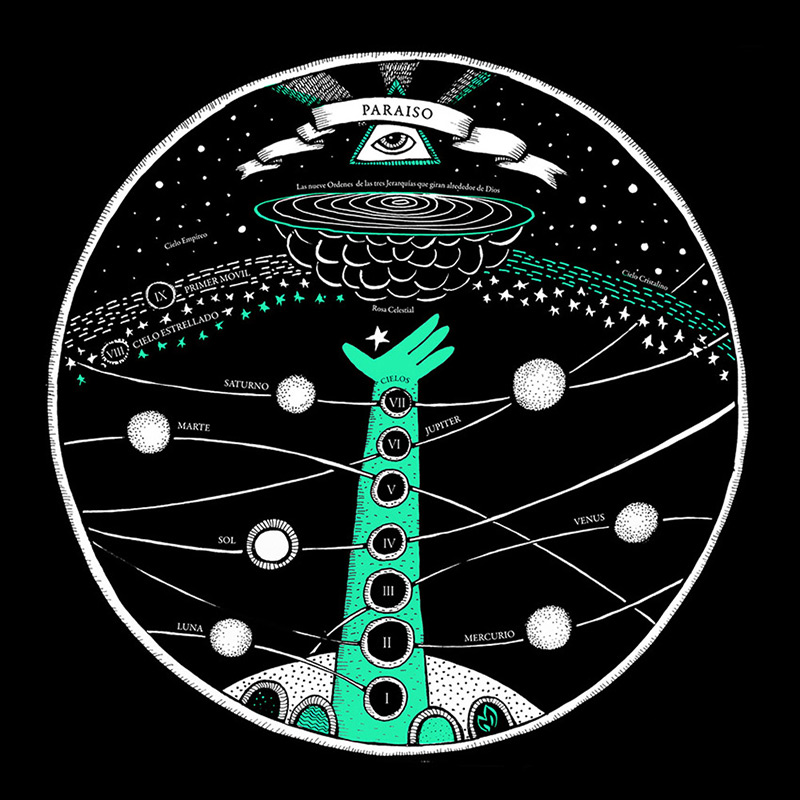 ‘towards the end of the work the scenarios are simplified to the point of reaching the most absolute abstraction in the last chant,’ she explains.

‘as dante divides the trip into circles, he calls circles to the circles of hell, to the cornices of purgatory and in heaven the heavens are on planets that are spheres, so I placed circles of color in each of the illustrations indicating the points high from the symbolic that determine the understanding of the song.’ 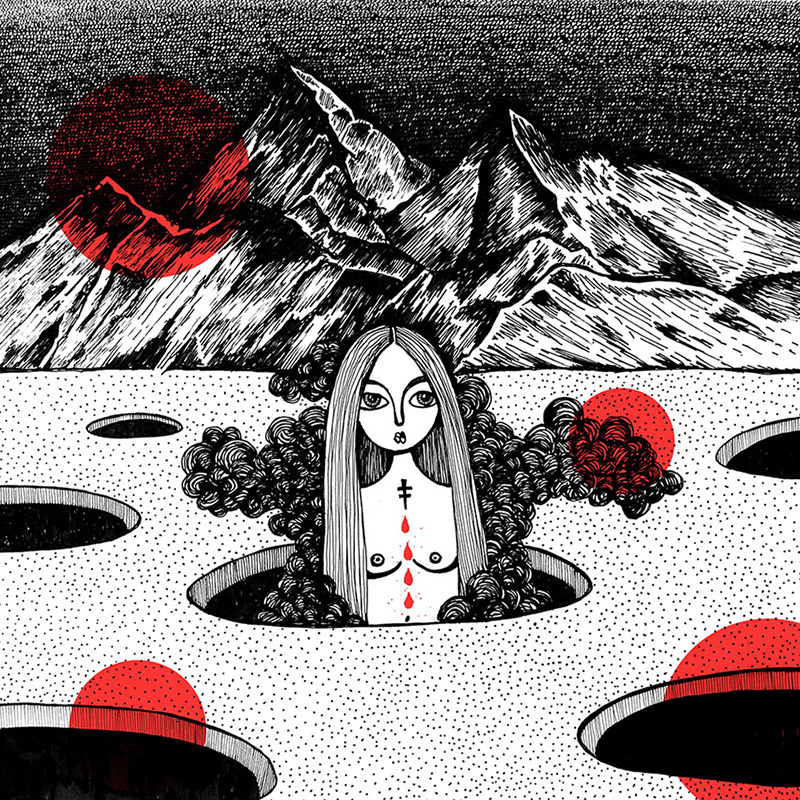 ‘this correlates with the maps of each of the stadiums (hell, purgatory, paradise). everything in the illustrations makes some sense: the numbers of the steps, the number of stars, the constellations, the locations of the elements.’ 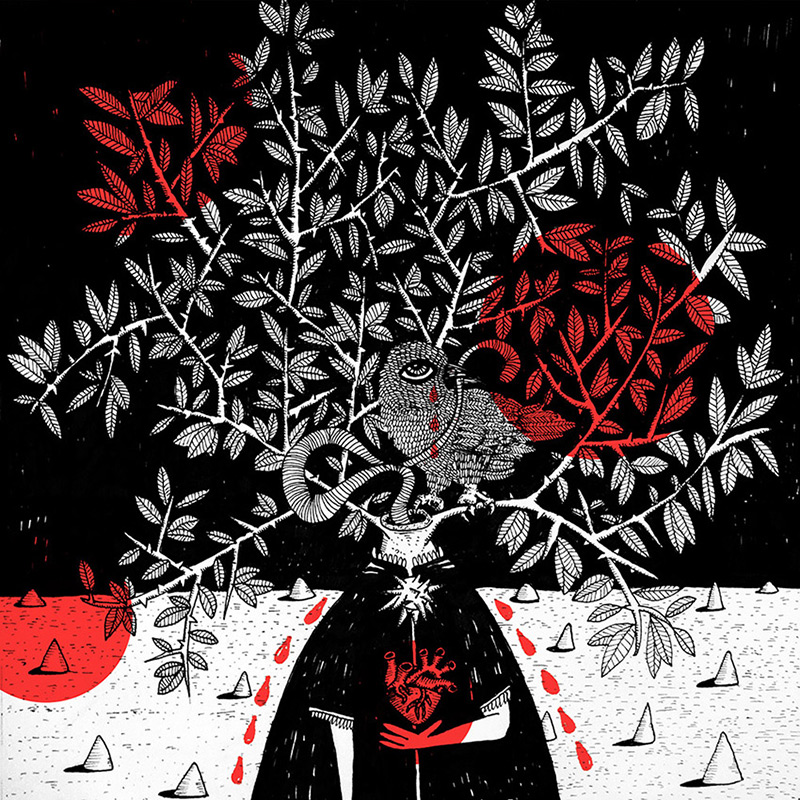 ceballos wanted to make the epic work more accessible by translating it into a medium that could help more people discover its beauty: ‘everyone, to a greater or lesser extent, has had our stage of getting lost in the ‘dark forest’ as dante, that is what makes us identify with him as we read it.’

the series was used as promotional art by the museo mitre in argentina for their exhibition ‘los círculos del dante.’ 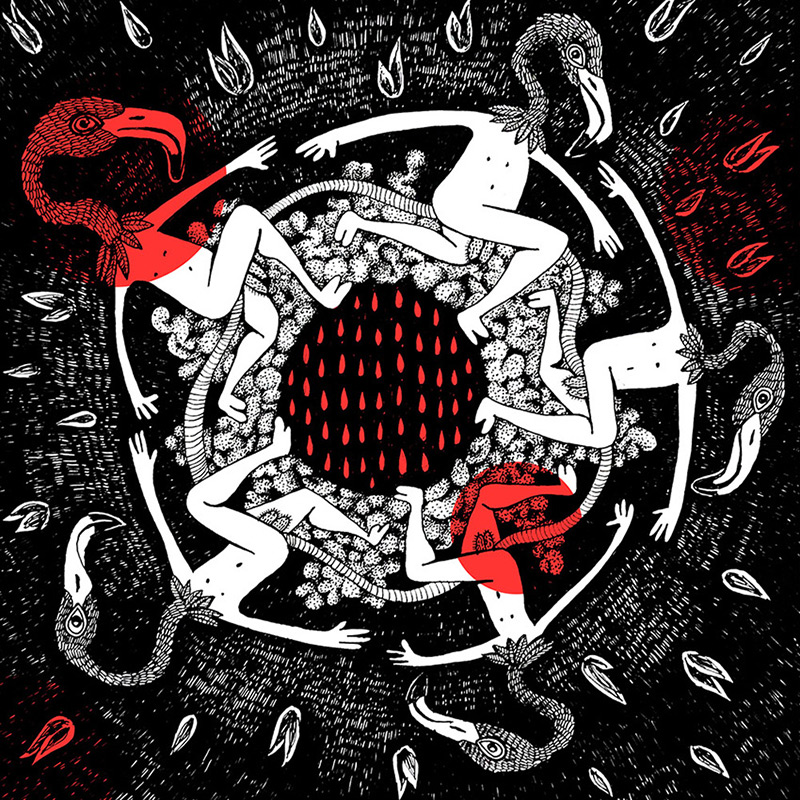 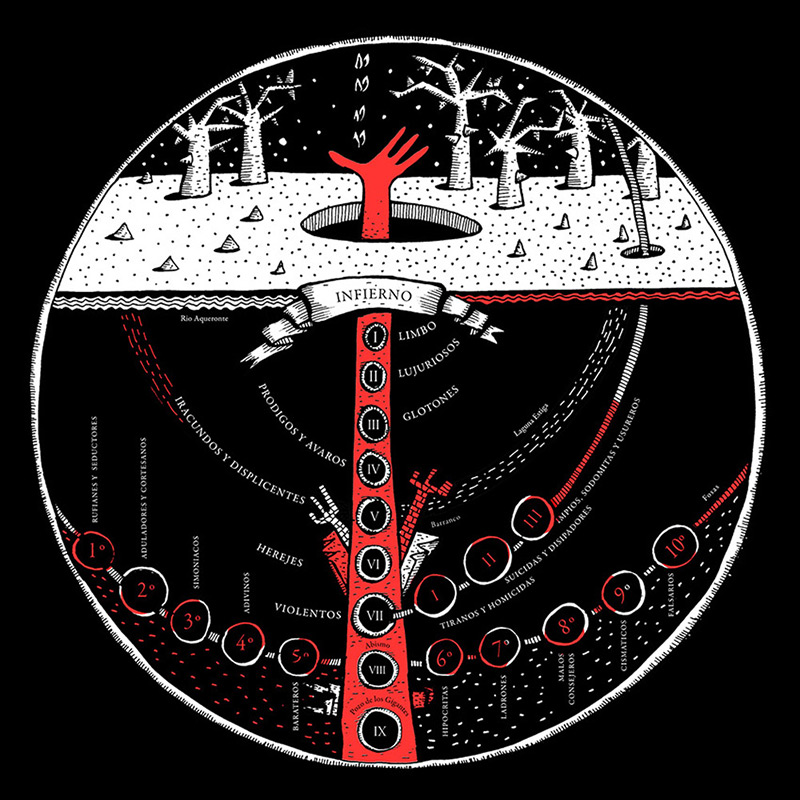 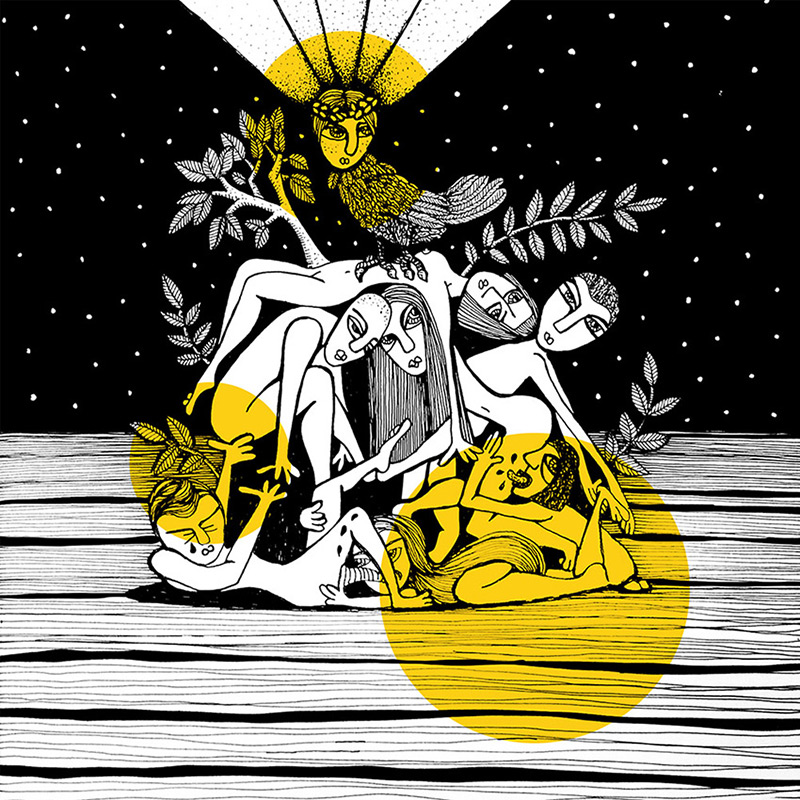 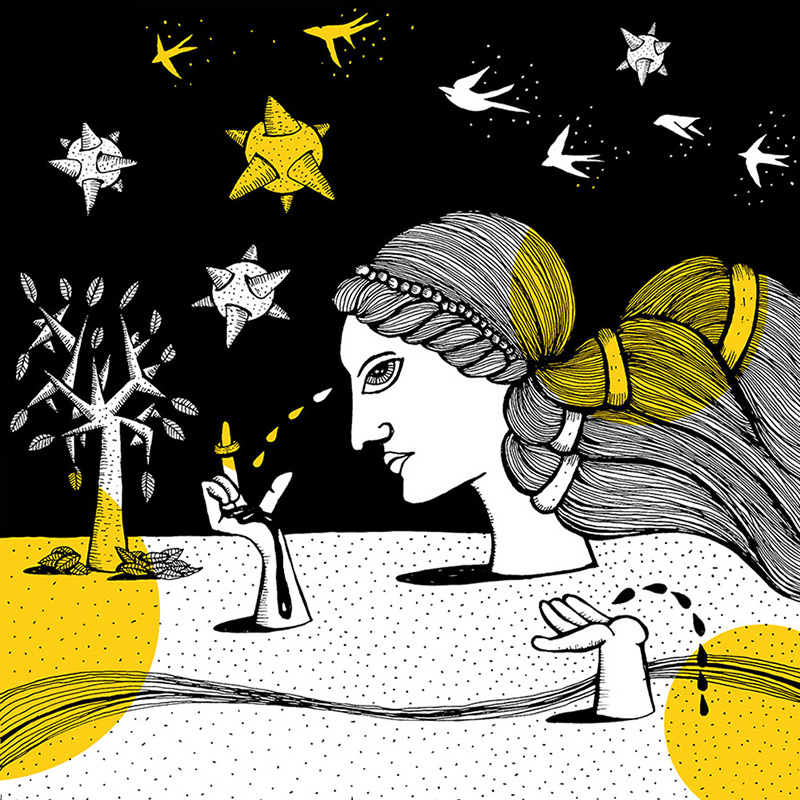 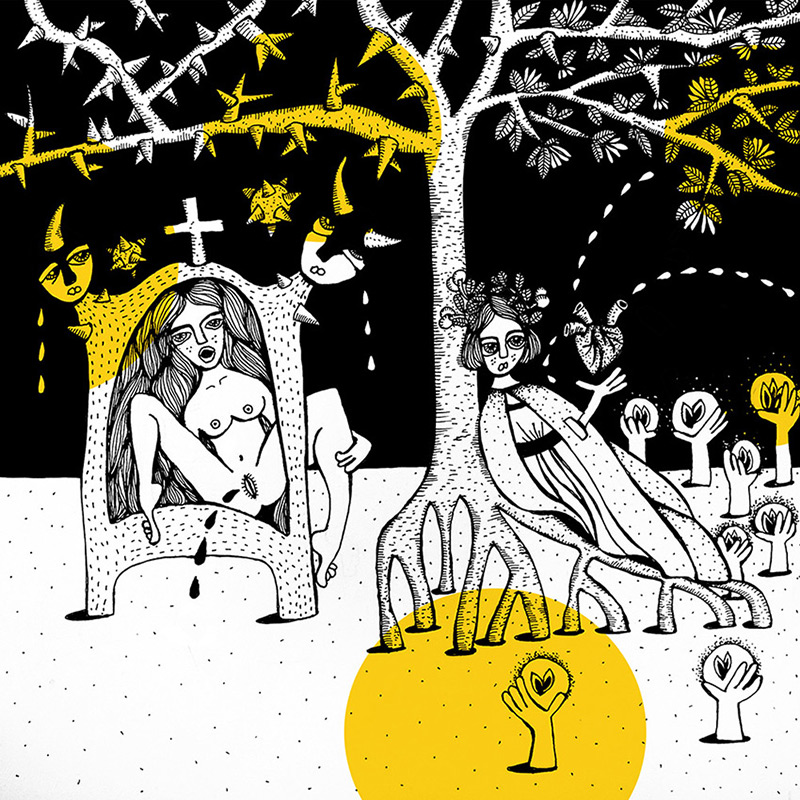 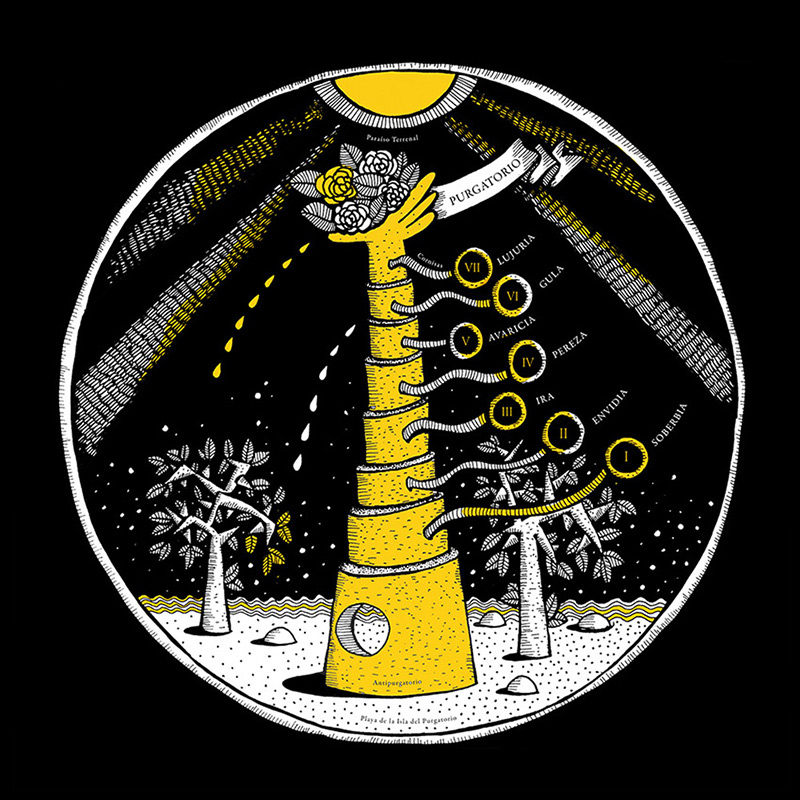