the exhibition ‘the definition of self’ takes a look at the issue of identity through a variety of cutting-edge technologies – a fully interactive and thought-provoking experience. curated by communication designer masahiko sato, professor at tokyo university of the arts, the show has translated the essence of complicated ideas to simple and intimate forms through new methods of expression. it aimed to create an opportunity for the visitors to identify their undeniable ‘self.’ the exhibition searched for a new perspective on what makes us ‘us’. visitors could explore ‘intrinsic attributes of ourselves’ through a number of hands-on installations, a blend of scientific technologies and art works – starting off with euclid’s ‘pool of fingerprints’ (viewers scanned in their fingerprints). the exhibition was on show until november 2010 at tokyo’s  21_21 design sight. 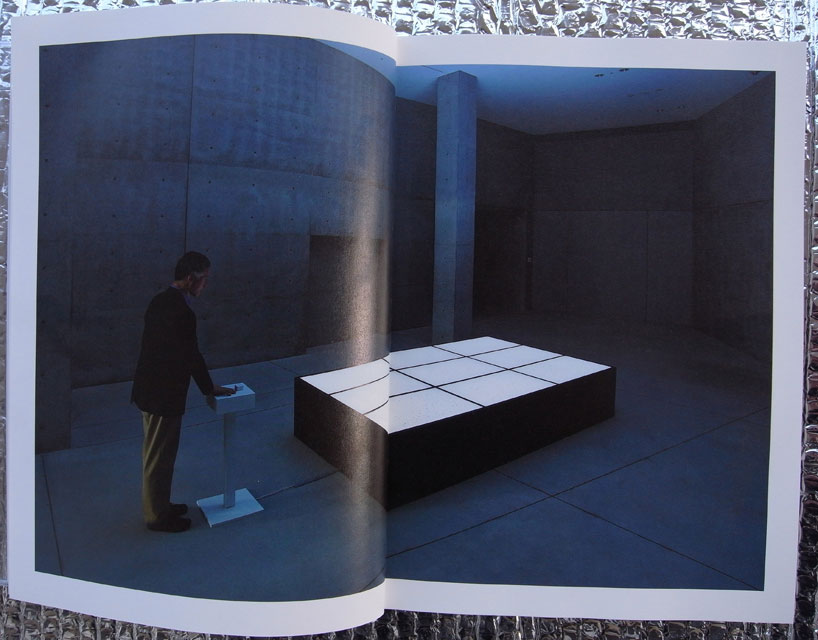 ‘euclid’s pool of fingerprints’ image from the catalogue

we cannot tell which fingerprint belongs to us, when we see it among multiple fingerprints. we know our fingerprint is unique but we cannot distinguish it from those of others. rather, it seems that such ability is regarded as unnecessary for us human beings in order to survive. with this piece ‘pool of fingerprints’, visitors are asked to touch the authentication sensor, at the very beginning of the show. a digital fingerprint image is released and swims like a fish, among those of other visitors. if you touch the sensor again, your fingerprint will return to you. maybe, for the first time, you might feel affection to it. 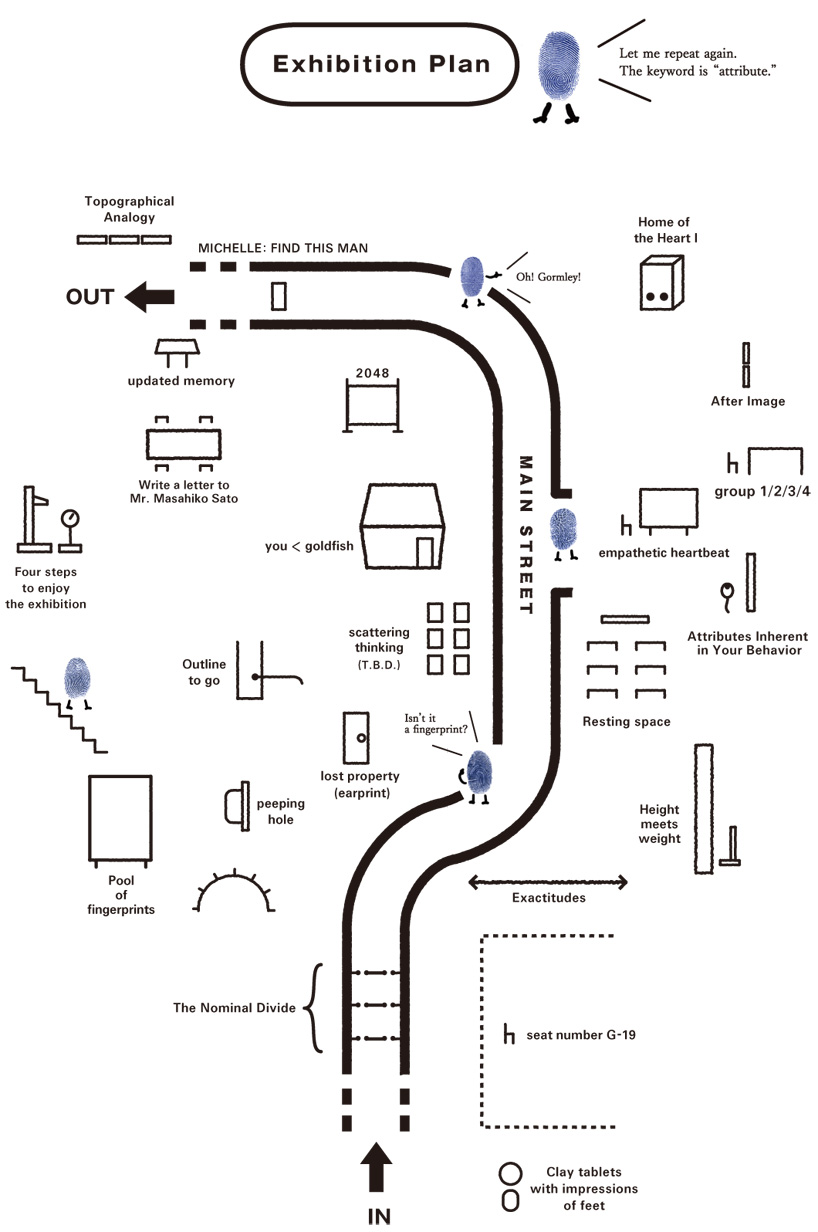 exhibition planindividual attributes: our indifference and the society’s fixation (following text is the curator’s statement)

individuality and identity are something that you take for granted. in recent years, a number of individual-identifying technologies have been developed rapidly to prevent crimes and help us lead a more comfortable life. this means that we are heading into a society where our identities have their own wings, divorced from ourselves. the theme of this exhibition, attribute, is a rather uncommon word in japan. if you look up the word in a dictionary, the first entry simply says:

[attribute]= the distinguishing character and/or nature of a person or a thing. (translated from daijirin dictionary)

for example, your physical attributes include such features as your height, weight, skin color, hair color, blood type, sex, age, body shape, facial characteristics and so on. your social attributes, on the other hand, include your name, as well as your nationality, address, occupation, professional affiliation, social status and circle of friends. your habits and material possessions are also part of your attributes.

do your attributes really belong to you? through the various steps in this exhibition path, you will learn two things: first, how society is currently handling information concerning your attributes without your knowledge; second, what kind of information (that could identify you, including those you yourself are not even aware of) could be obtained by the society of the future. 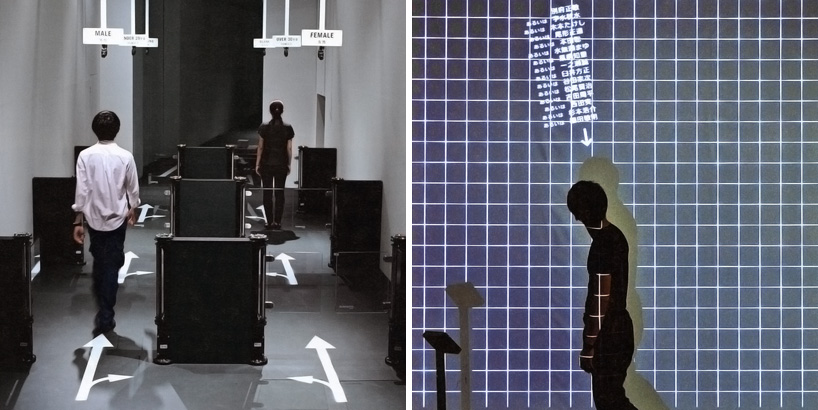 the biometric authentication techniques, such as those using fingerprints and iris scan, made it possible to accurately capture our physical attributes that were previously impossible to recognize. we, human beings, on the other hand, cannot objectively capture even our own image or voice without special help as in the past. since the society which surrounds us has been developing ways to acquire and accumulate such information, in the very near future, in certain cases, our society may know about us more than we do about ourselves. the data obtained about our attributes could be utilized to develop an array of services tailored to individual needs or to ensure a certain level of security in a robust manner. however, these data could also be abused, leading to unduly excessive monitoring of individuals or criminal activities. 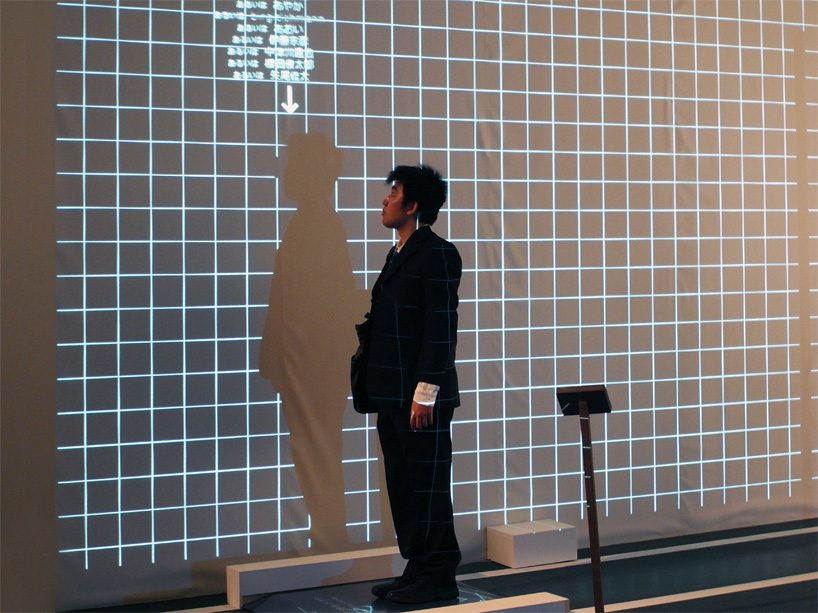 ‘height meets weight’ by EUPHRATES and masasuke yasumoto modern society aims to identify and categorize us according to our various attributes. this pieces registers your weight and height, and if you are lucky only you will be identified, but most often the data and your silhouette is valid for other visitors too. in this case not only your name appears on the screen, but the word ‘or’ and a list of names of other visitors. equipment cooperation: canon marketing japan inc., TANITA corporation image © designboomdo your attributes really belong to you? under ‘attribute’, the dictionary also gives another interesting definition:

[attribute] = an inherent characteristic, without which it may deny the existence of a person or a thing. (translated from daijirin dictionary)

for example, your business cards, which you use to introduce yourself, are also part of your attributes, since they carry such information as your name and professional affiliation. so, how would you feel if your business cards were folded or ripped in front of your eyes? you must feel as if your existence has been denied, and you may even feel anger. if, by any chance, your family register or your name has been erased from the system, the society would treat you as if you have vanished from this planet. you, on the other hand, might find yourself nonexistent. you may even feel a sense of freedom. 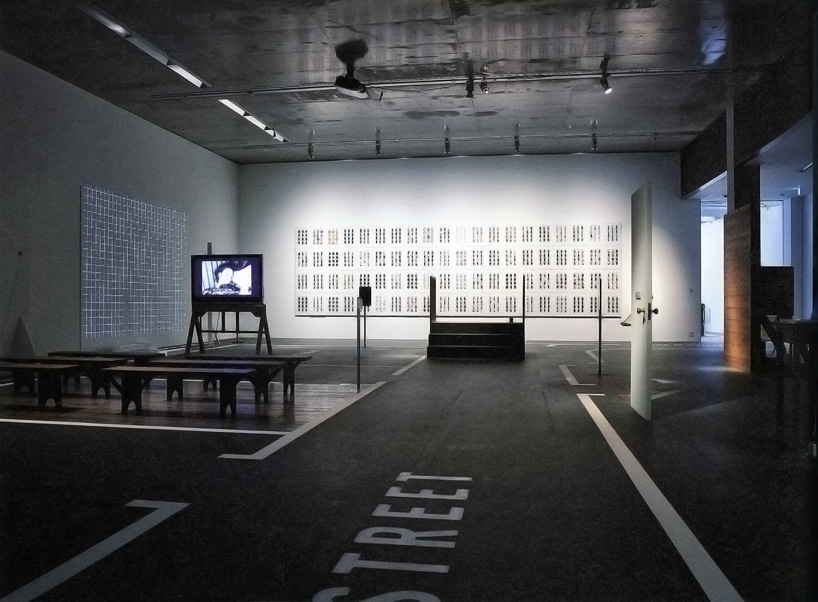 some of the exhibits used as motifs, voices, fingerprints, handwriting, reflected images, visions, memories and so on, which are all part of our attributes. through these pieces, the second definition of ‘attribute’ will bring out the feeling you have never felt before.

moreover, you will realize that your existence is not even worth paying attention to. the truth about relations between you and the surrounding world will also come to your knowledge. I would like this exhibition, including its theme ‘attribute’ and its pieces, to be a chance where each and every visitor thinks about the relations between the society and us, what it will be like in the future and what it should really be like. I hope that visitors will return their thoughts about themselves and the society after their visit in a letter to me. 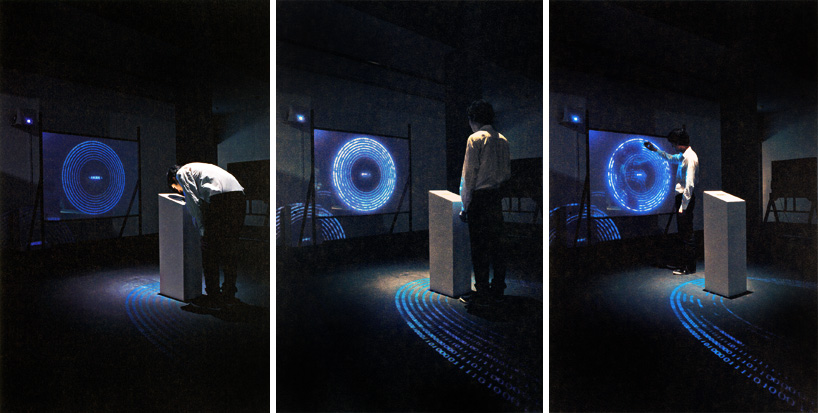 iris recognition is believed to be one of the most accurate biometric authentication systems. it divides the iris into 2048 segments, allocating either 0 or 1 to each segment based on a set of standards in order to create data. even if the conditions of your eye differ slightly from day to night, or day to day, the new data will be allocated very close to the original data. through this piece, visitors were incoraged to look into the scan and then delete parts of the personal data code (which was shown on the screen). ‘it is still you’ the system replies if the modification is small. if the viewer succeed in altering the data substantially, the system releases ‘it is no longer you’.

it is often said that our eyes are mere branches of our brains. if you realize that others know what you are lokking at, you might get embarrassed. when the viewer looks into the peeping hole, other people can see on which part of the picture he is focused.

with this piece, the viewer is asked to draw a star in the air with a single stroke. people who drew stars in a similar manner were identified. scientific technology is now capable of distinguishing the ordinary way we behave, move, but we usually do not consider this as our habits. these gestures are considered as ‘attributes which are inherent in people’s behavior’. 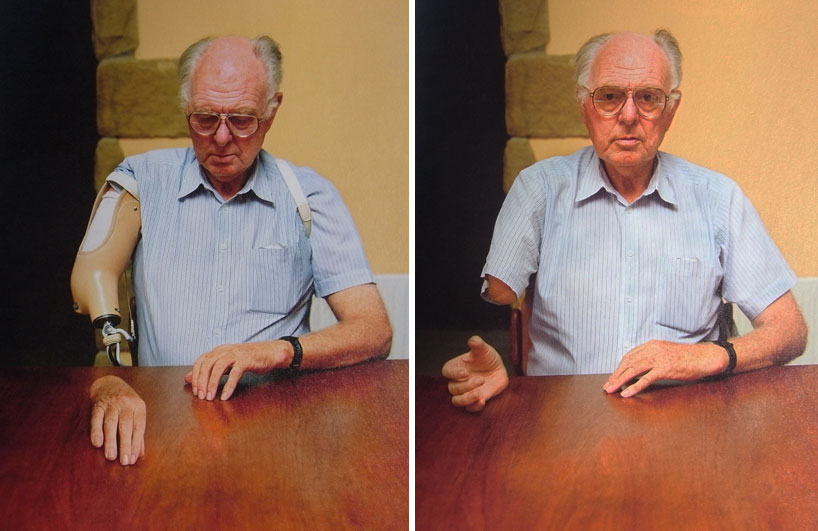 the experience of the ‘phantom limb’ is often seen among those who have lost their arms or legs in accidents. their lost fingerprints become itchy, or their lost ankles ache. no one is sure what causes the ‘phantom limb’  sensation, but one theory is that the strong impression left in a person’s brain about the last state of their arms or legs when an accident happened could cause this phenomenon. british artist alexa wright has taken photos of people with ‘phantom limbs’. she asked people who have lost their arms what shape their arms were at that moment, and recreated these composite portraits. the phantoms described by the subjects of this work raise all sorts of interesting questions about authenticity. the phantoms are so real for the people photographed that we are led, in a very direct way, to question which is the real body – that which we can see, or that which the person experiences? peoples’ descriptions of their relationship with their phantom as a part of them that other people do not acknowledge, and which is both a desirable memento of the (physically) lost limb, and at the same time a painful encumbrance, suggests a curious borderline relationship with the phantom body-part, which perhaps takes on a monstrous quality in its resistance to intelligibility. the artist is interested in the questions that the phenomenon of phantom limbs raises about where the self begins and ends, and the extent to which the body is representative of the self. if you are interested in this topic, you can find more info here. 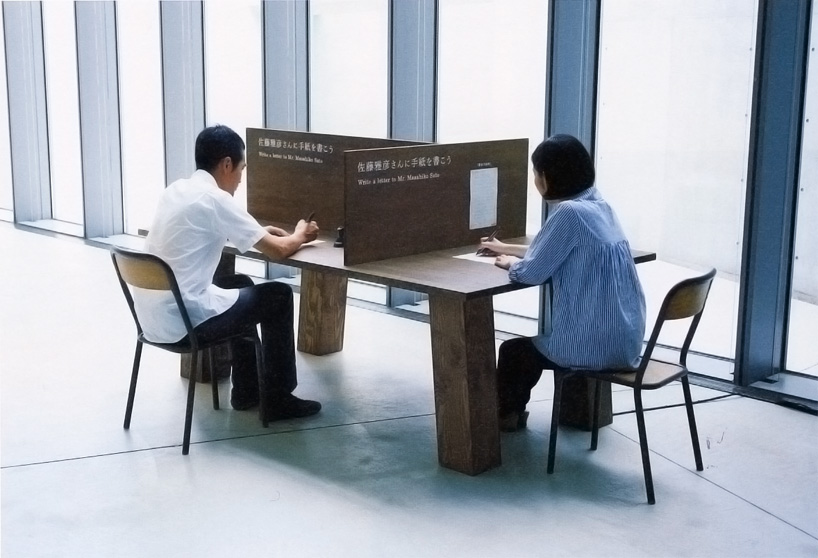 handwriting is often used to identify individuals. with this piece, when you write a letter to the curator, you use a digital pen. your handwriting will be instantly stored by a computer. the computer will then create a reply to your letter with a totally new message, but using your handwriting. 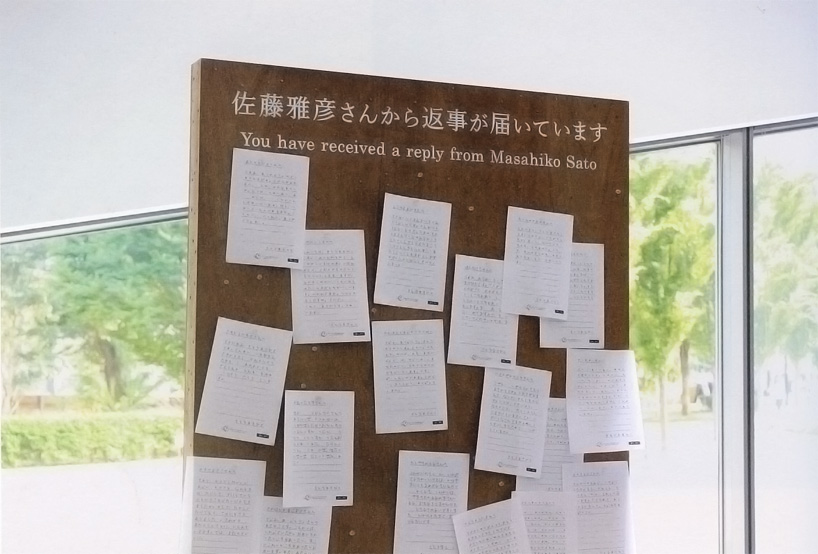 ‘write a letter to mr. masahiko sato’ interactive work by masahiko sato : you write a letter and when you receive a reply, as impossible as it may seem, that reply is written in your own handwriting.‘this defines me …’ people are very unconcerned about their attributes and I wanted people to free themselves a little from the peculiar obsession that they ‘have to become somebody’ or ‘ they have to be unique’. I hoped that they would not recognize their handwriting at all. 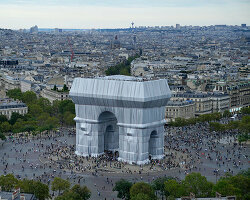 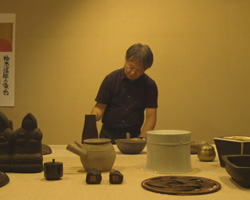 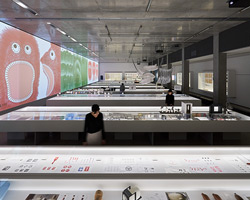 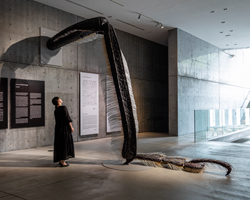 Jul 22, 2019
exhibition seeks to view the world of insects as models for design at 21_21 design sight 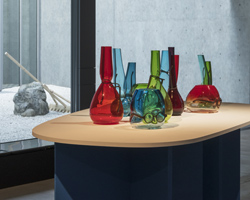 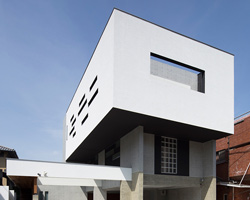 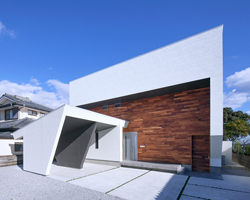 Jan 26, 2016
architect show develops angular I-3 house for its hilltop location in japan 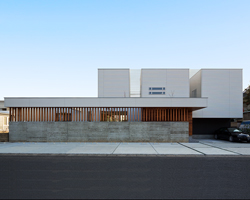 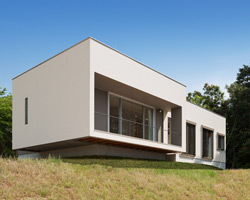 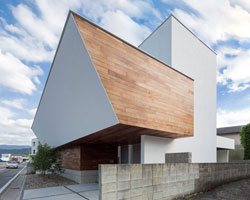 Jan 24, 2014
sheltered A2 house by masahiko sato of architect show