astounding beachgoers in dorset, a massive dragon skull appeared on the shore of the jurassic coast. the locale, which has historically yielded numerous real dinosaur fossils, was chosen to prompt a puzzling, mystifying reaction. the towering compilation of mock bones is the size of a london bus, standing over 3m tall and extending some 12m along the length of charmouth beach. over a period of two months, a team of sculptors constructed the skull, intentionally designing it to appear as if it had simply washed ashore. the dragon’s spine realistically sinks into the beach and it’s treacherous mouthful of teeth pierce the sandy surface. the skull is part of a marketing maneuver by blinkbox, a television streaming service, to celebrate the arrival of a new season of HBO’s game of thrones to their site, a series which prominently features dragons throughout. the installation follows other recent urban interventions involving fossilized creatures including the giant t-rex statue, which popped up in paris earlier this month, featured on designboom here.

blinkbox – the making of the dragon skull
video courtesy of blinkboxlive 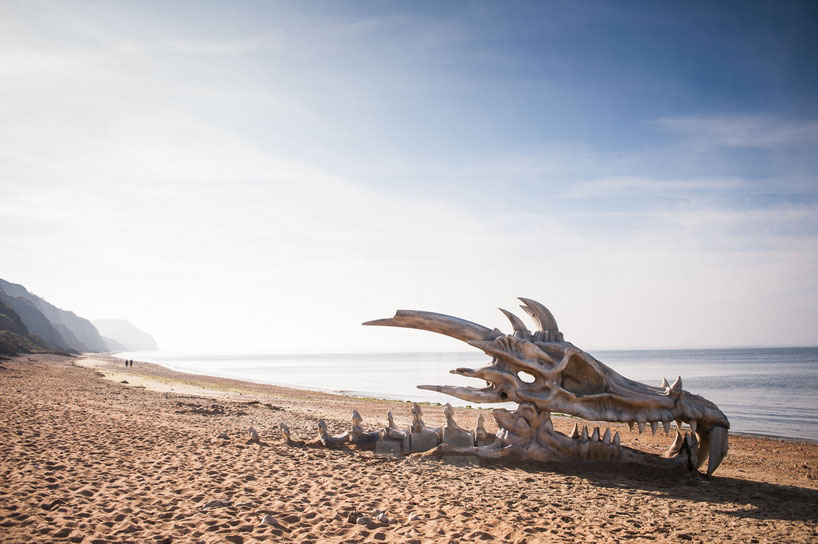 the dragon skull, stretched across the beach 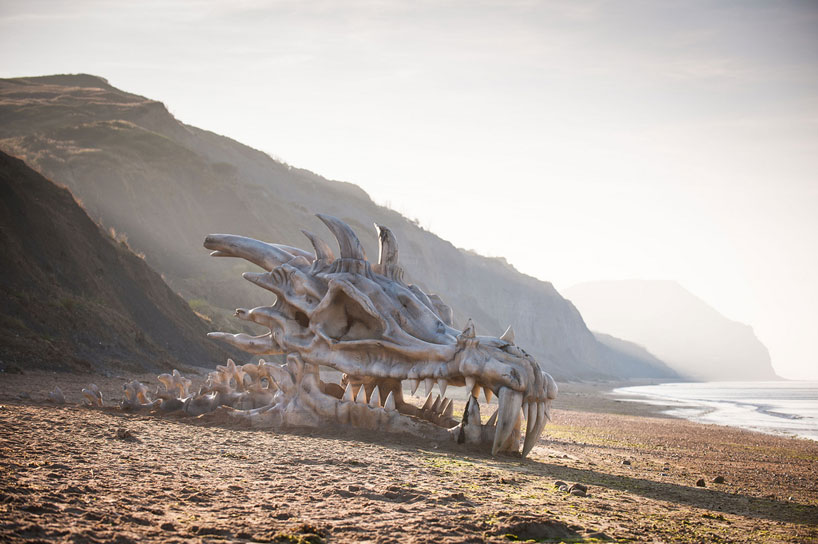 the colossal structure sits on the sandy shore 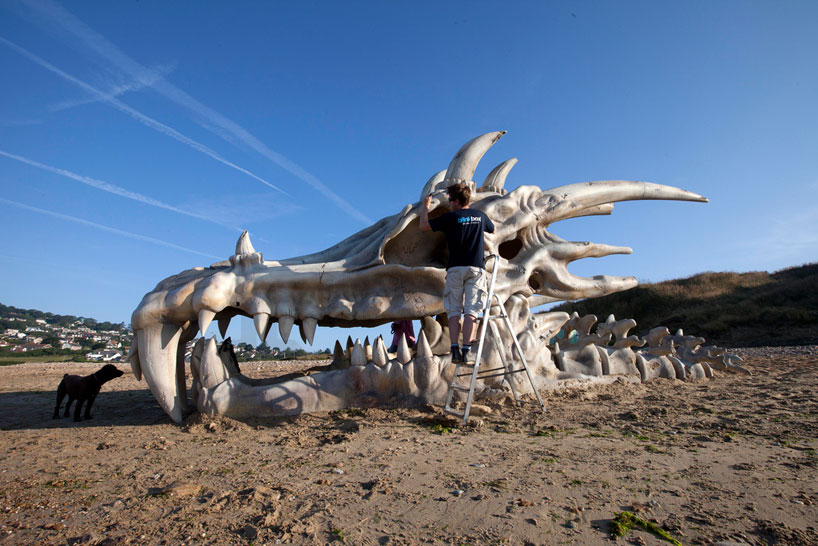 working on the finishing touches of the dragon skull 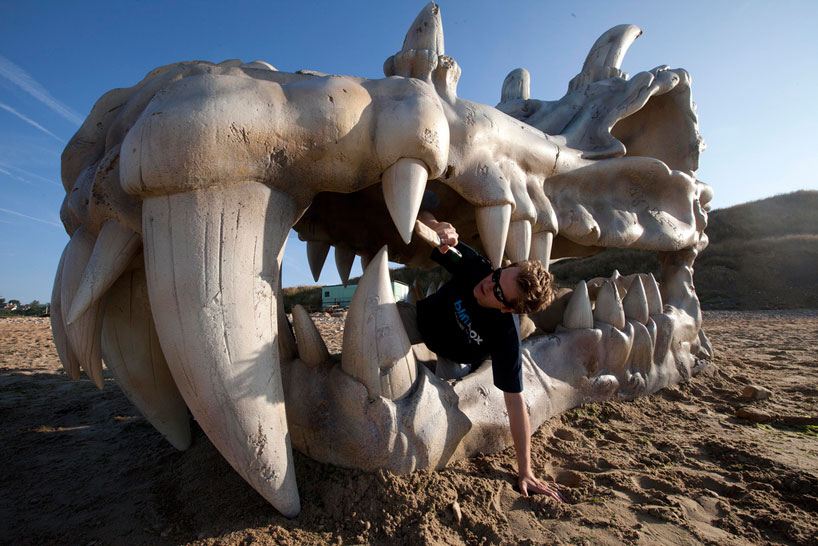 polishing the teeth of the massive skeleton 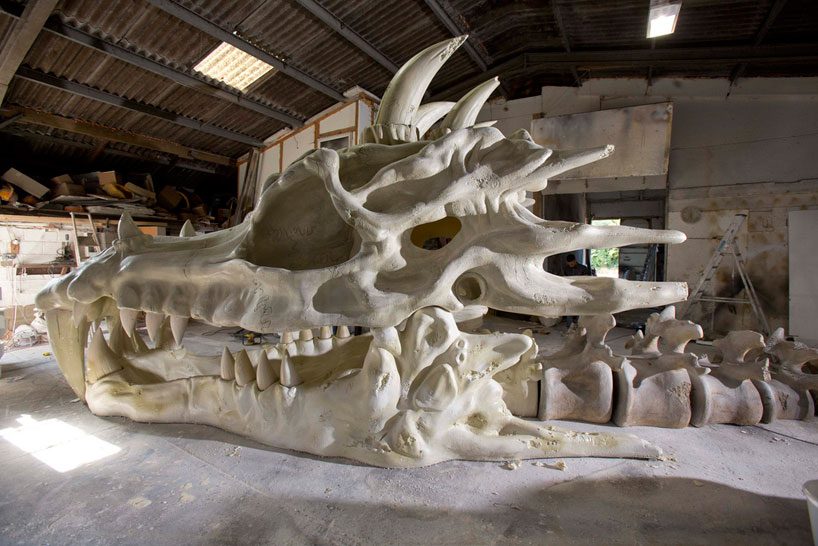 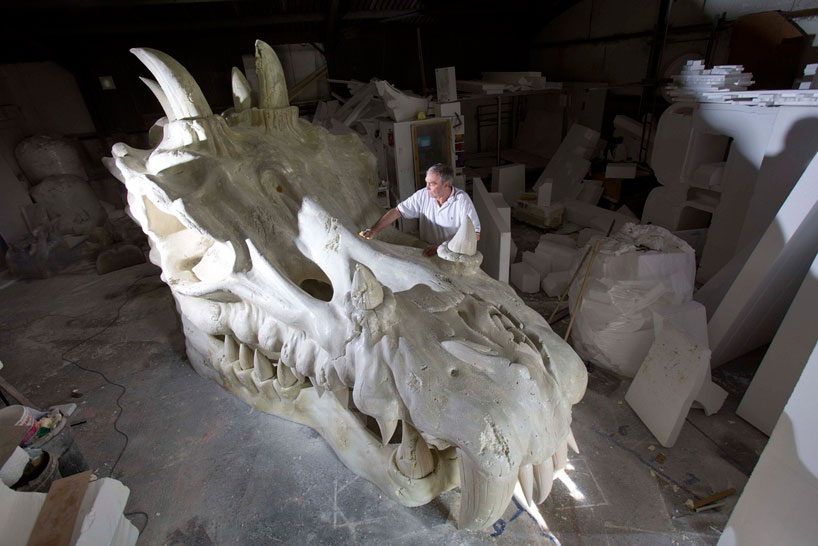 making the skull look as realistic as possible