the scientist albert hofmann is best known as the inventor of the psychedelic drug LSD. this exhibition is an homage to hofmann, who died in 2008. the artist mathieu briand has created a series of artworks which challenges all the senses. these art pieces develop possible parallels between hofmann and artists such as marcel duchamp and unsen o da vinci. the show presents the viewing with an environment in motion immersing them in ‘the flux of fading illusions’. this includes an overturned bike that is assembled with a stool to resemble one of duchamp’s famous ready-made sculptures and a science lab table complete with beakers and Bunsen burner. these pieces each explore different aspect of the consciousness. as briand explains, ‘only the door is important, not the two spaces that it separates.’ 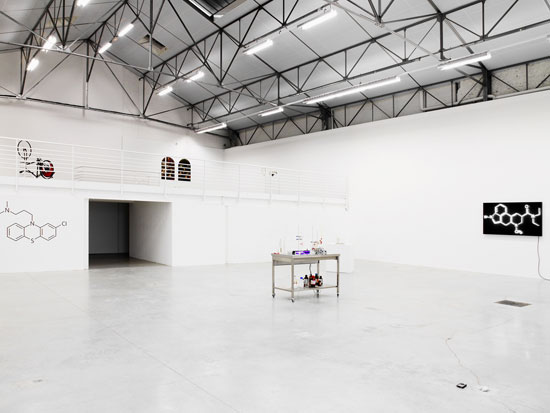 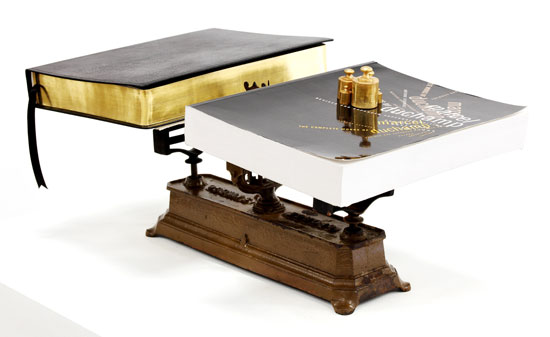 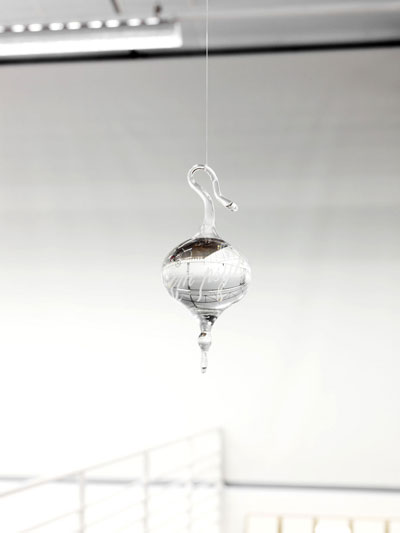 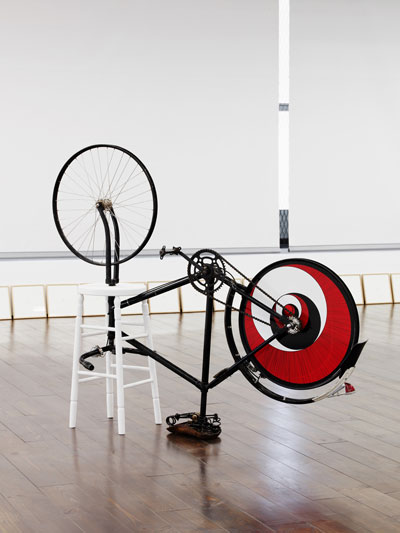 ‘the bicycle of the day’ by mathieu briand, 2009 (bicycle, stool, rotoreliefs) photo by rémy lidereau © anne+ 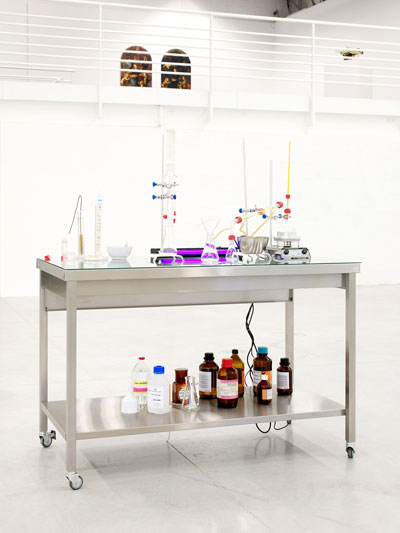