shaped by the past

mathieu lehanneur presents a new collection dubbed ‘state of the world’ for the 2021 edition of art basel – design miami. the work renders both the past and the future of the world in a series of sculptural ‘pyramids.’ the forms of the aluminum sculptures take shape from the changing populations of different countries around the globe. using statistics usually studied by sociologists and demographers, the artist creates a ‘snapshot’ of all of the humans living today in over 140 countries.

the works take their semi-primitive forms and unique silhouettes from the demographic data of the united nations. 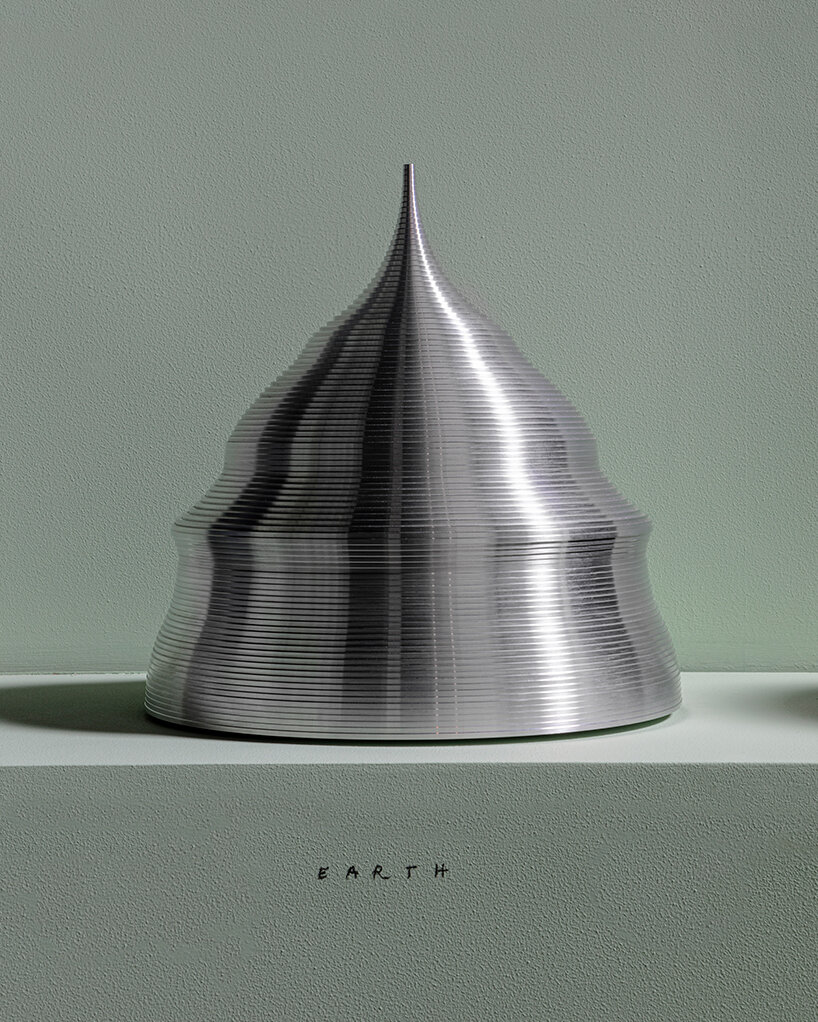 mathieu lehanneur’s state of the world

mathieu lehanneur comments on the spirit of his ‘state of the world’ series: ‘in this very particular moment in our history, i wanted to be able to embody humanity in its entirety; to be able to crystallize the infinitely large and complex in objects. the terrestrial globe had this magical power to finally render the earth visualizable and tangible, so we could hold it in our hands.’

each work illustrates the birthrate, life expectancy, and history of the different nations of the world. constructed of 100 strata representing from 0 to 100 years, each country’s data describes a graphic silhouette in which the curves and the masses are the revealing imprints of its history, and an indication of its future. at the base are the births and children, followed by adolescents and the passage into adulthood, then the senior citizens, and finally at the summit, the one-hundred-year-olds, still rare in our societies. 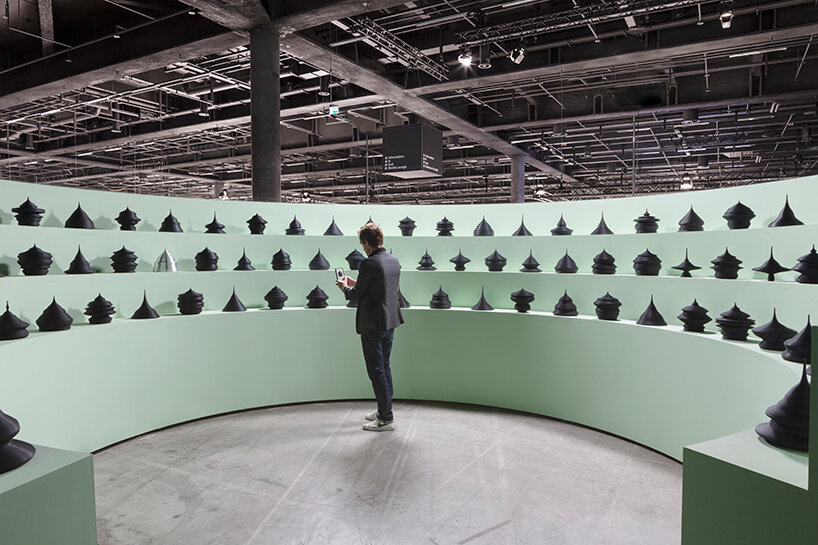 the artist continues: ‘the dips and notches reveal wars, epidemics, or other accidents of history. the wrinkles are the baby-booms and jumps in the birthrate. I remember seeing how powerfully the age pyramids resonated. through this work, I wanted to restore the potential for emotion and create fragments of humanity. working with solid aluminum allowed us to precisely reconstruct each stratum, each age. they are like immobile spinning tops that seem to have grown out of a desire to rise up as high as possible. we all want to live as long as possible.’ 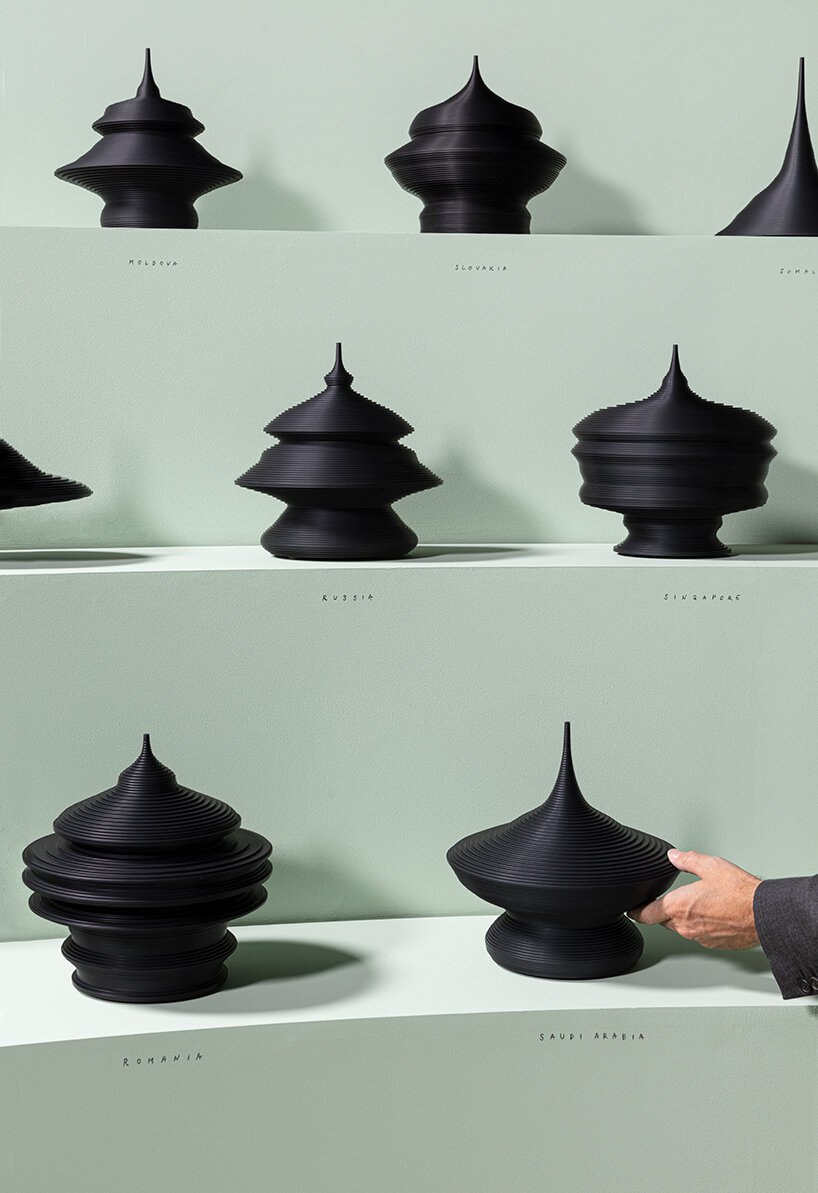 each age pyramid reveals the particularities of a nation — the youth of chad, translated by the geometric perfection of its flared base that consistently slims all the way to the top or, conversely, the immigrant population of adults in the united arab emirates, which forms a prominent bump for the age range from 20 to 40 years resting on top of a fine base of emirati births. passing from one work to another proves to be a fascinating journey through time and history. the notches left by the war in cambodia or the second world war in many european countries act as evidence that evoke the immediate empathy of the visitor, who is suddenly part of a greater whole: a living, moving, global body. 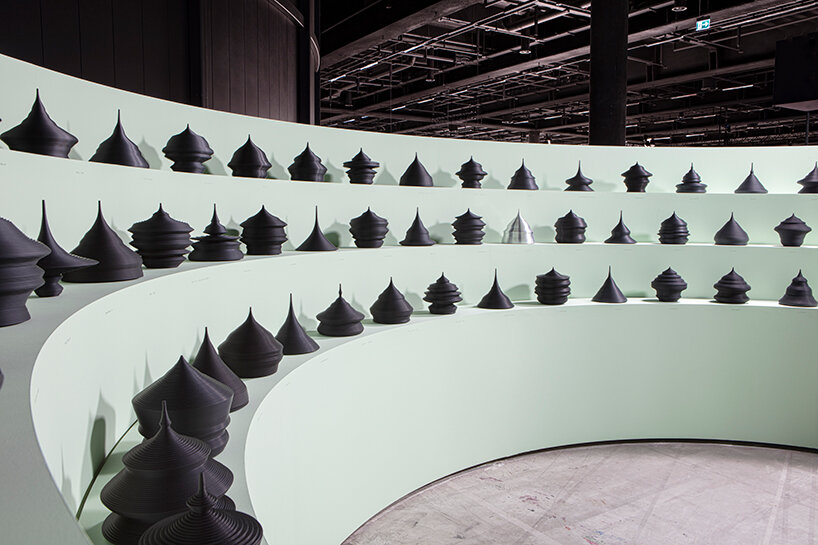 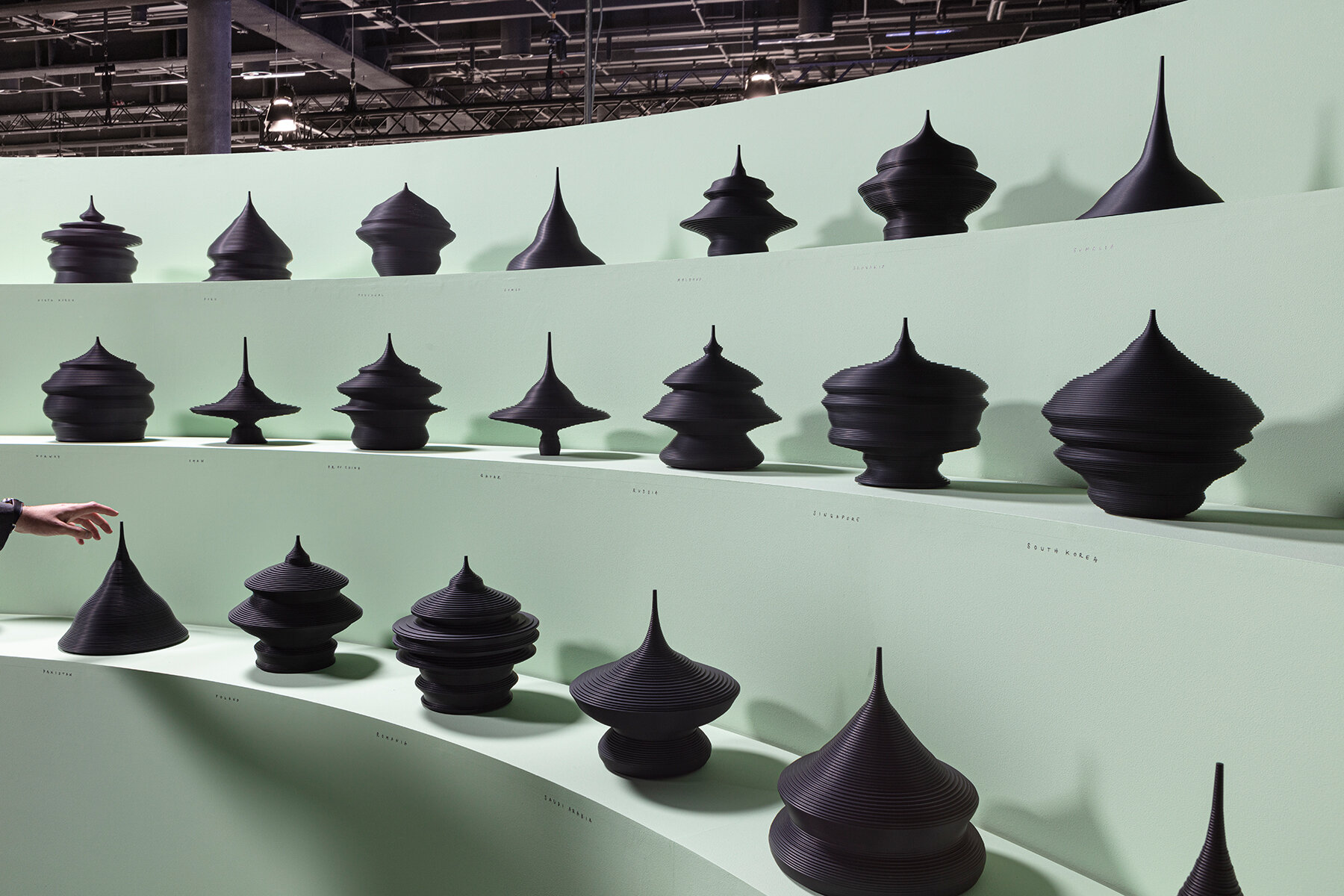 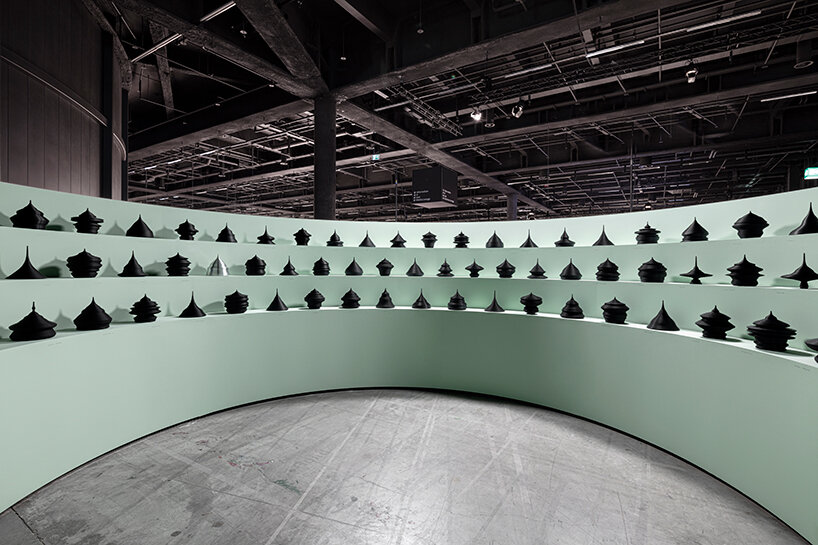 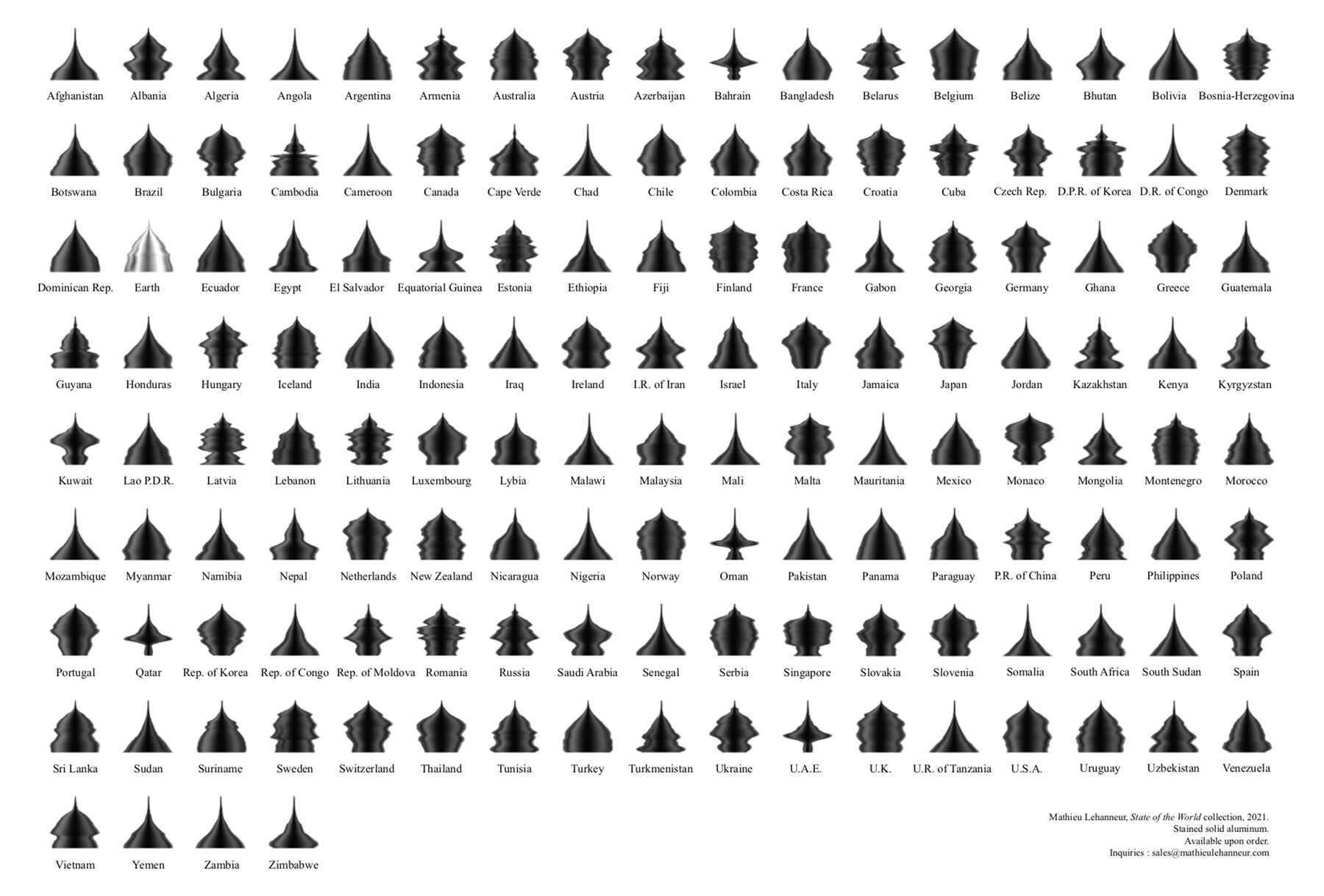 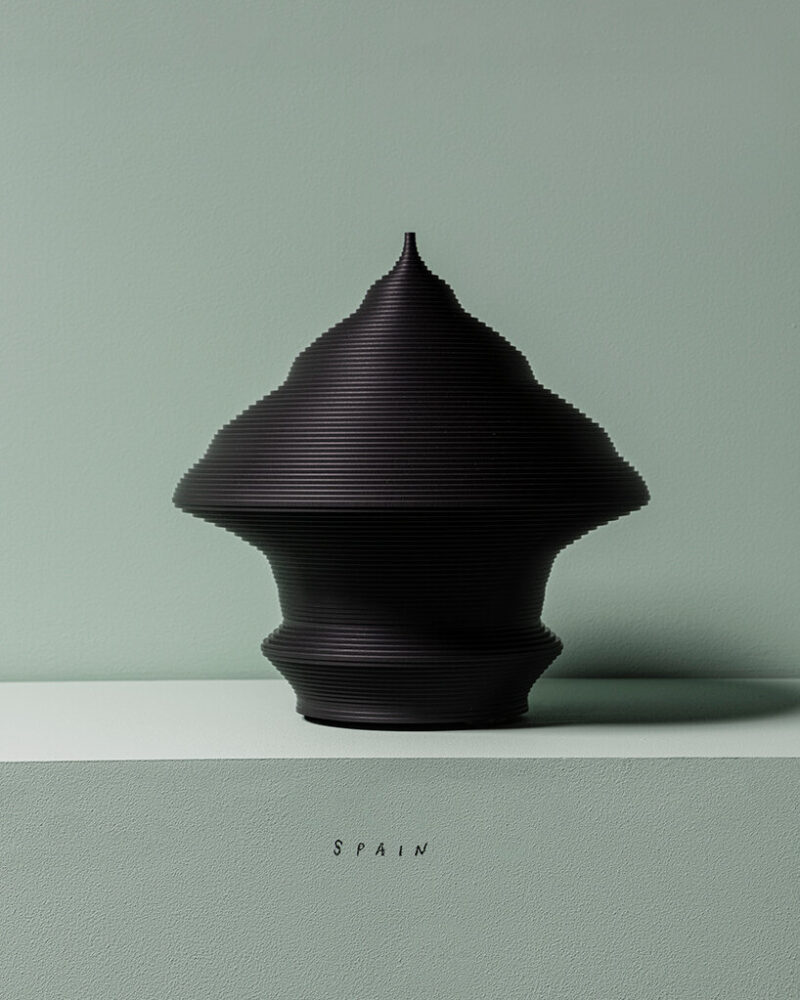 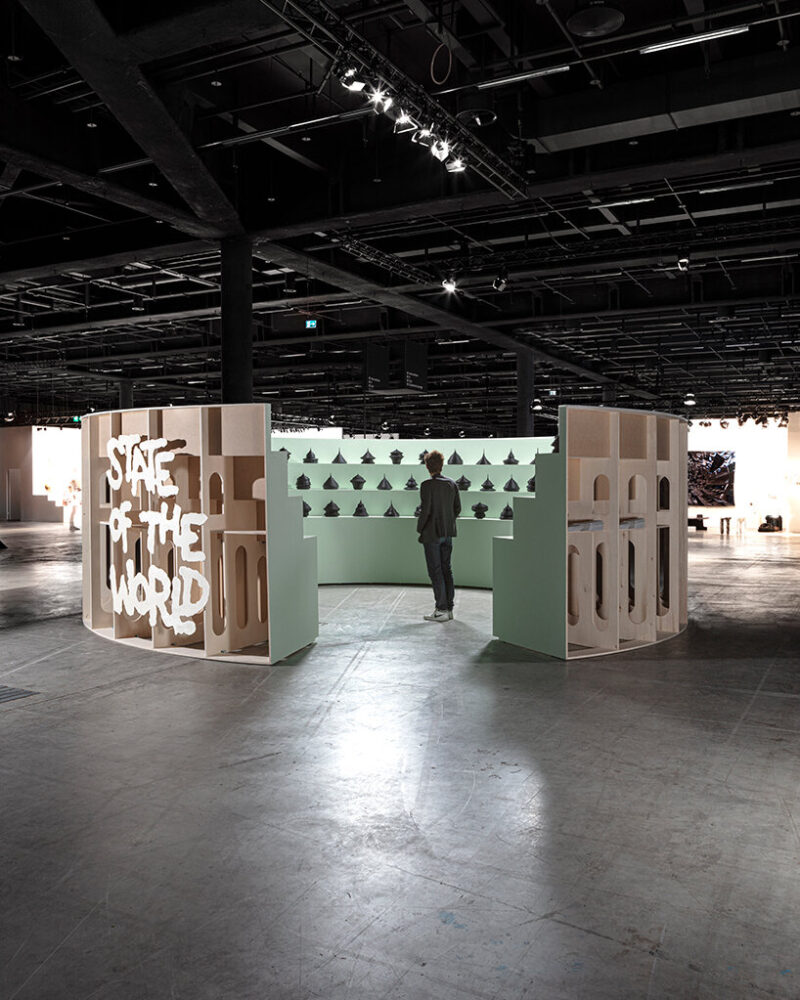 project title: state of the world