with a skateboard, colored paint and a half-pipe installed within the gallery walls at mana contemporary in jersey city, brooklyn-based artist matt reilly has left his creative mark on a canvas. by adding various hues of liquid chroma to wheels with saturated sponges — and attaching them to the base of his board — he was able to colorize a plain white canvass tacked to the surface of a mini ramp. gliding back-and-forth over the sheet, reilly formed ‘wall ride’, one stroke and one layer at a time. diverse shades of blue, red and brown materialized on the canvas as reilly sped around the space, each different in their thickness and pattern. following the live performance, the canvas has been detached, and a new one fixed in its place rendering each finished piece a completely unique artwork, distinct in texture and composition. 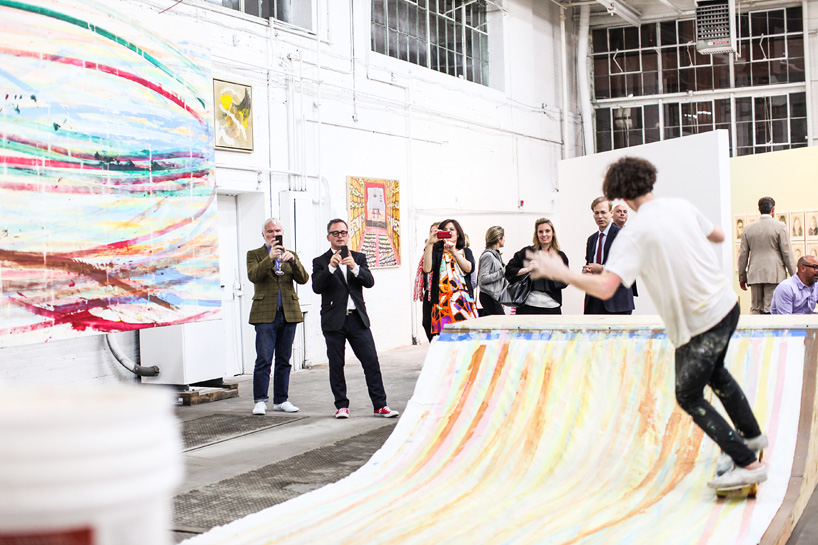 the crowd watches the live performance
image by sam deitch 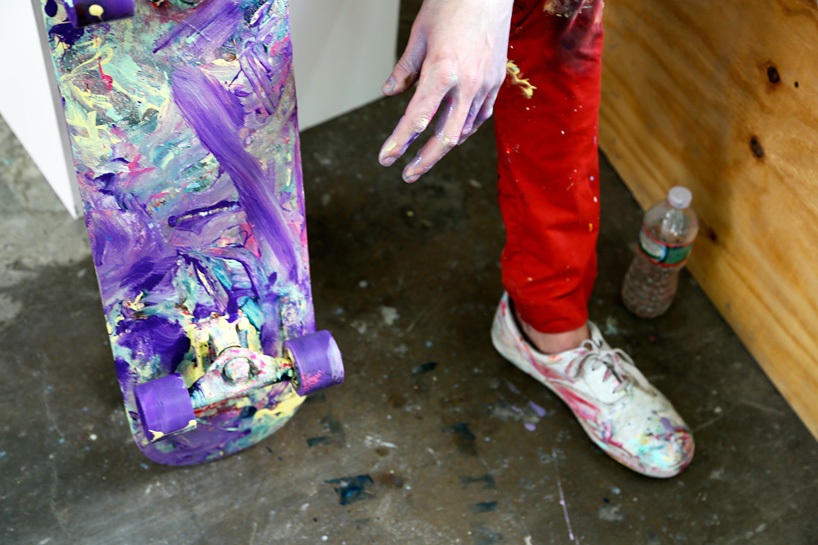 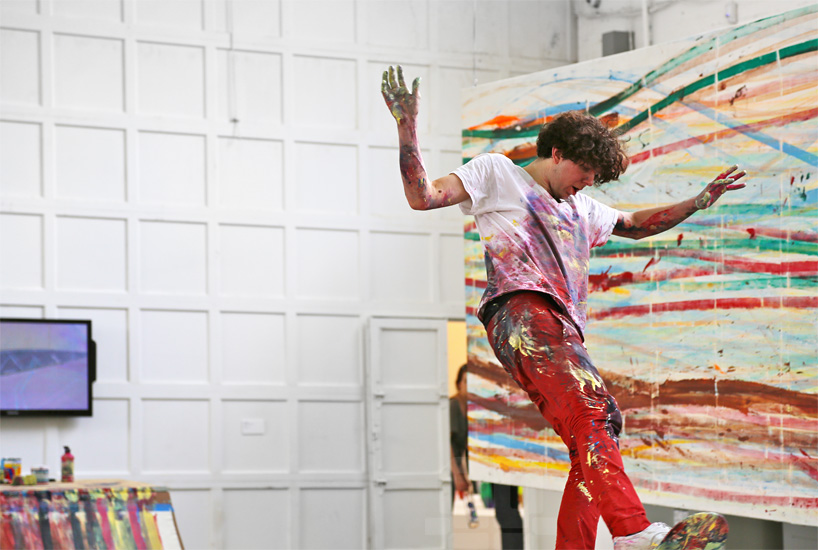 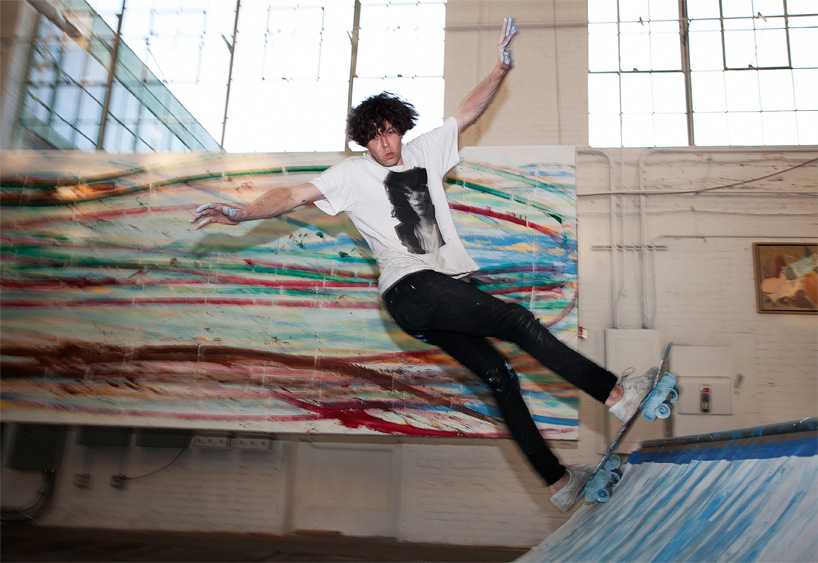 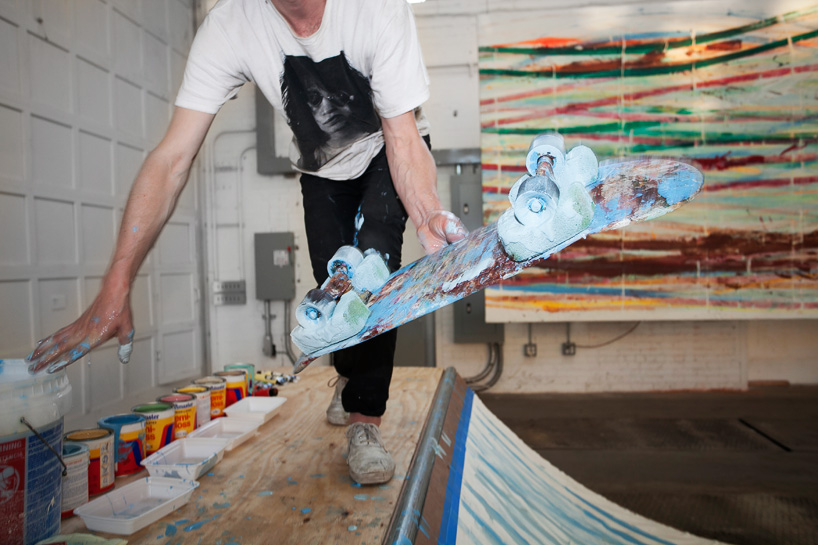 adding color to the sponges and wheels
image by crystal gwyn 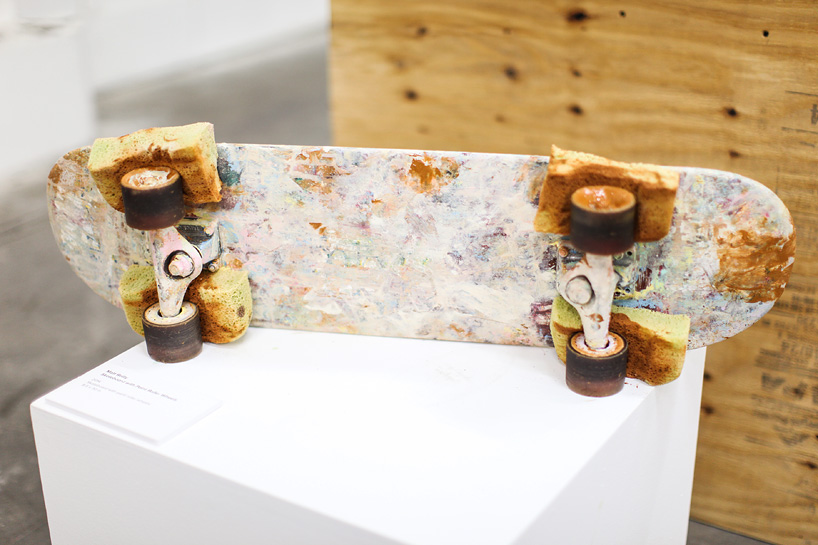 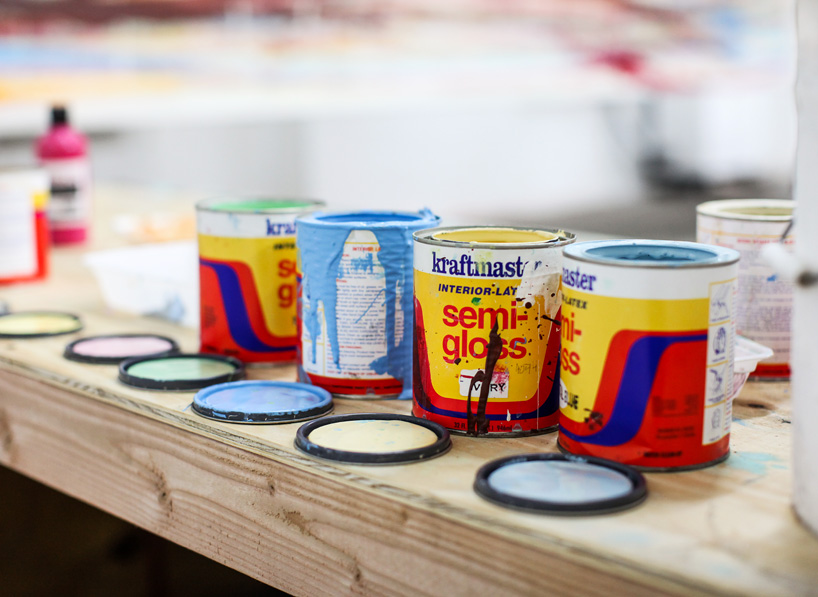 various colors used for the painting
image by sam deitch 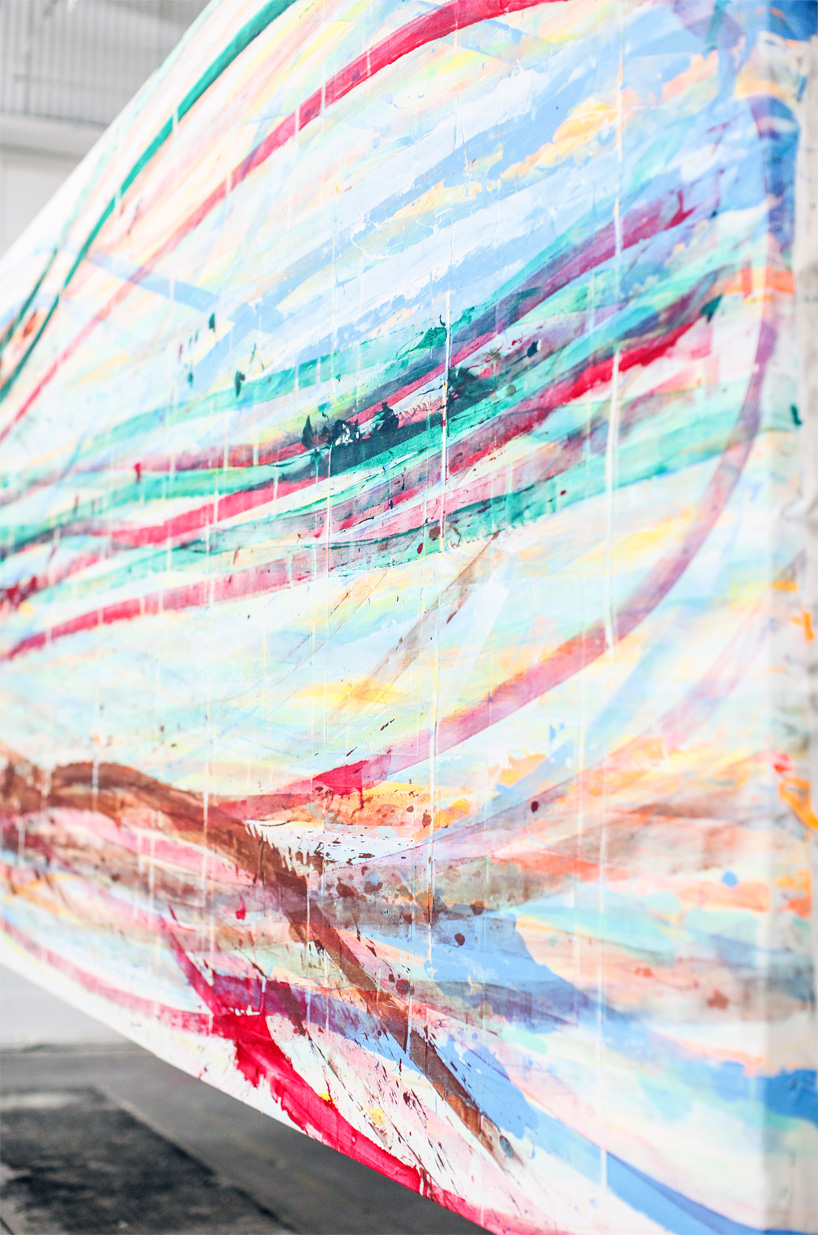 a finished canvas hangs on the wall
image by sam deitch 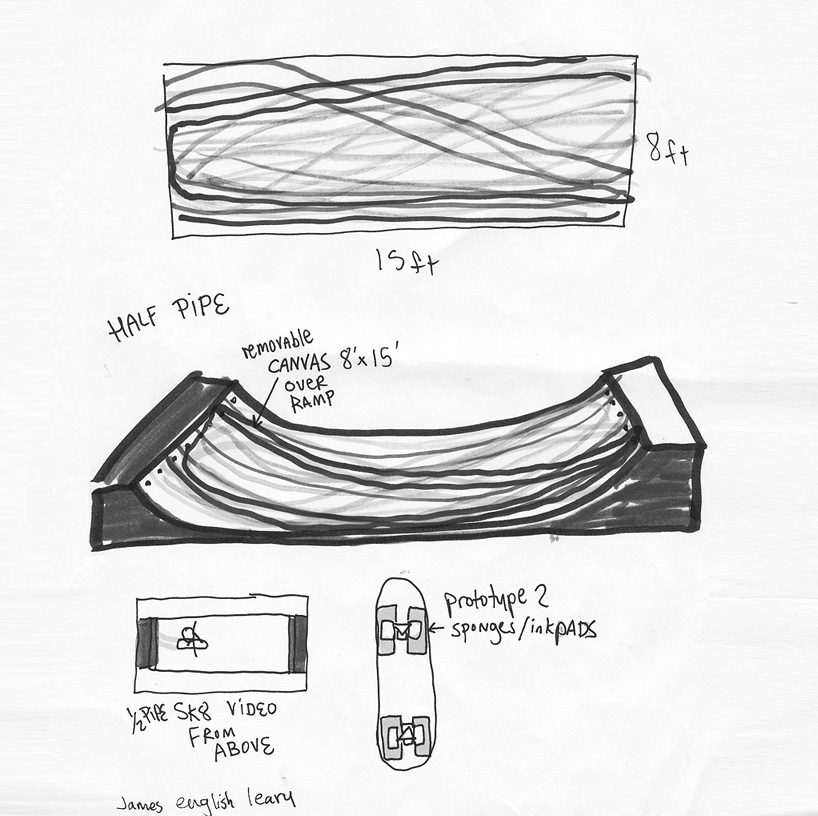