as a result of the painstaking, near-obsessive assembly of dozens of individual brick pieces, italian photographer matteo mezzadri has built an impossible fictitious city within his photo studio, capturing its quality on camera.

‘città minime’ is a multidisciplinary project comprising a mix of sculptural and installation work, whose finality is realized through a still image. without the over-use of digital enhancing, mezzadri constructs a miniature city using materials found in the making of urban-scale centers. architectural landscapes are created through the careful composition of skyscrapers and smaller structures, pierced by essential elements of any metropolis including roads, trees and bridges and waterways. 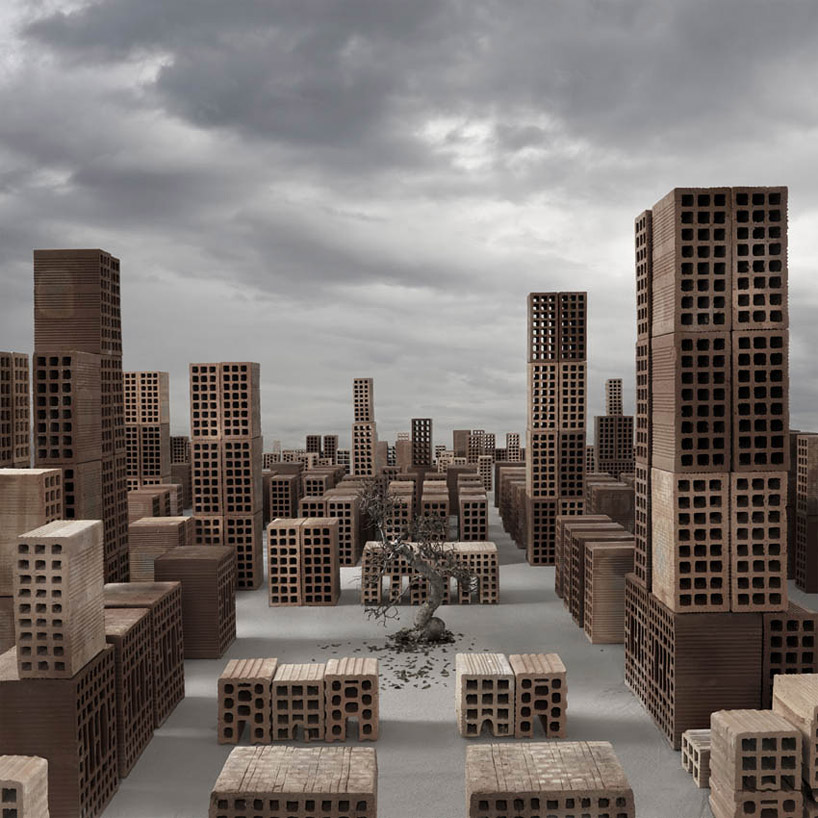 in looking at the series, the observer is plunged into the depths of the urban geography constructed by the artist. the interplay between light and shadow forms a surreal landscape, disturbing in its abandonment, rigidity and small signs of disrepair. in ‘città minime’, strangeness occurs with the addition of decaying trees, some lining the ‘street’ and others trapped and contained within glass capsules. 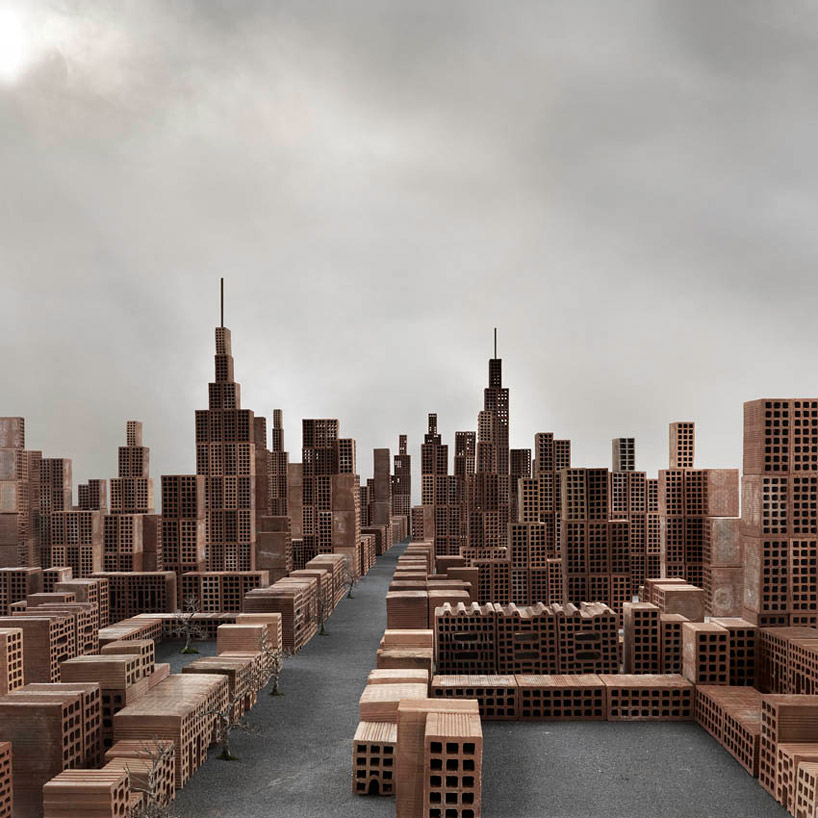 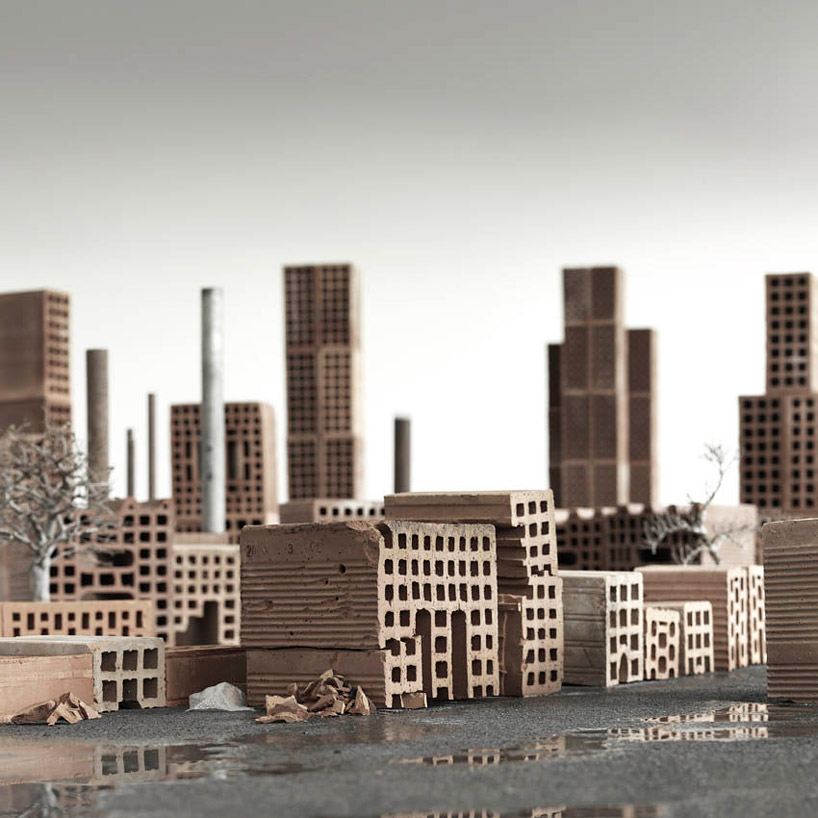 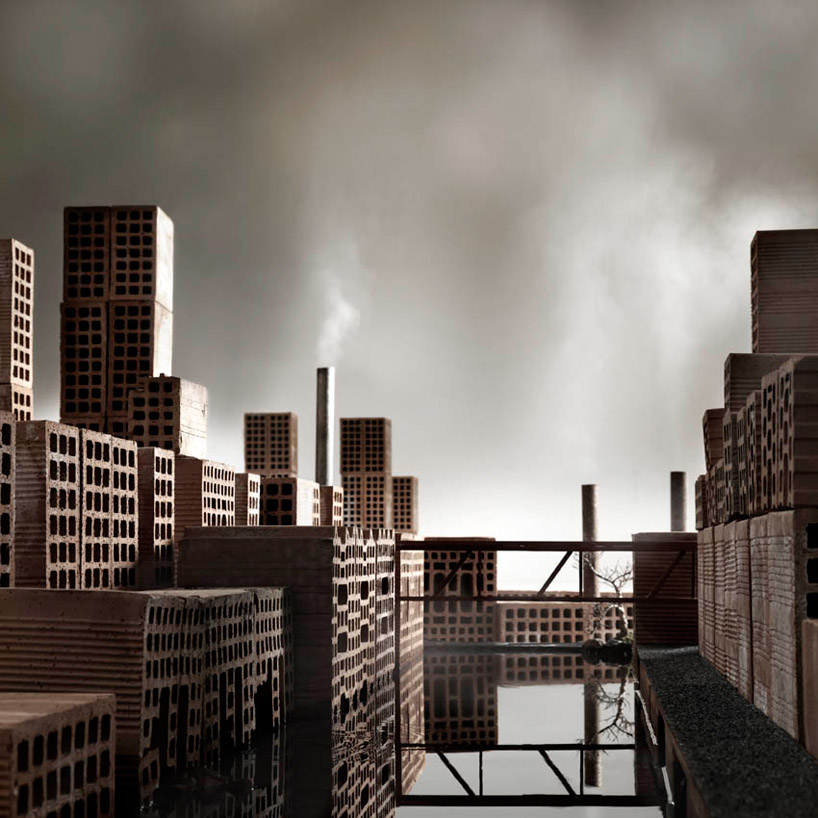 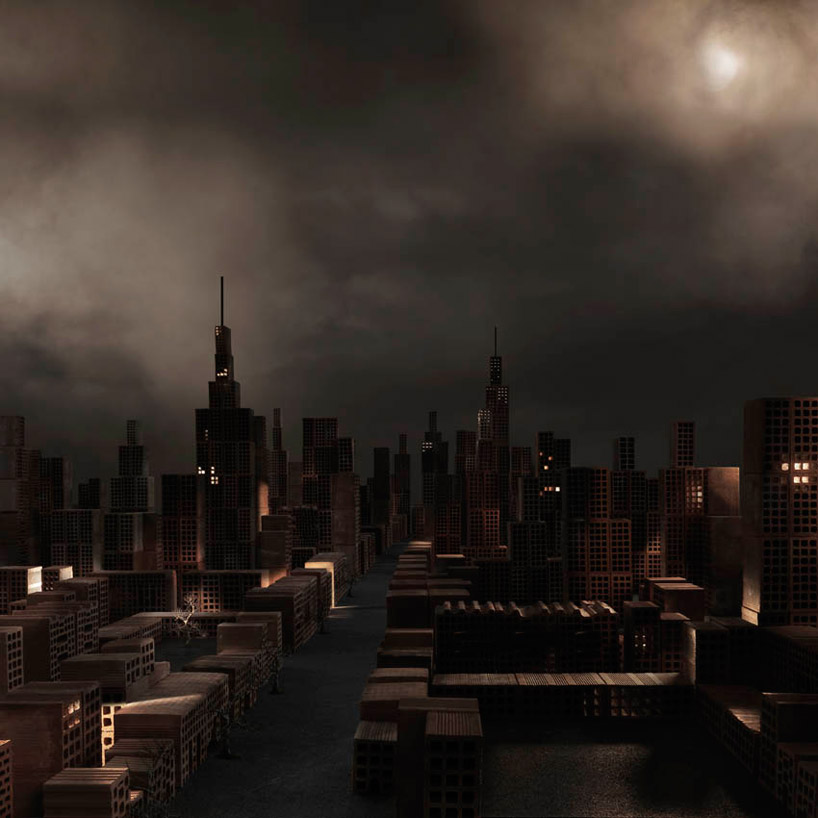 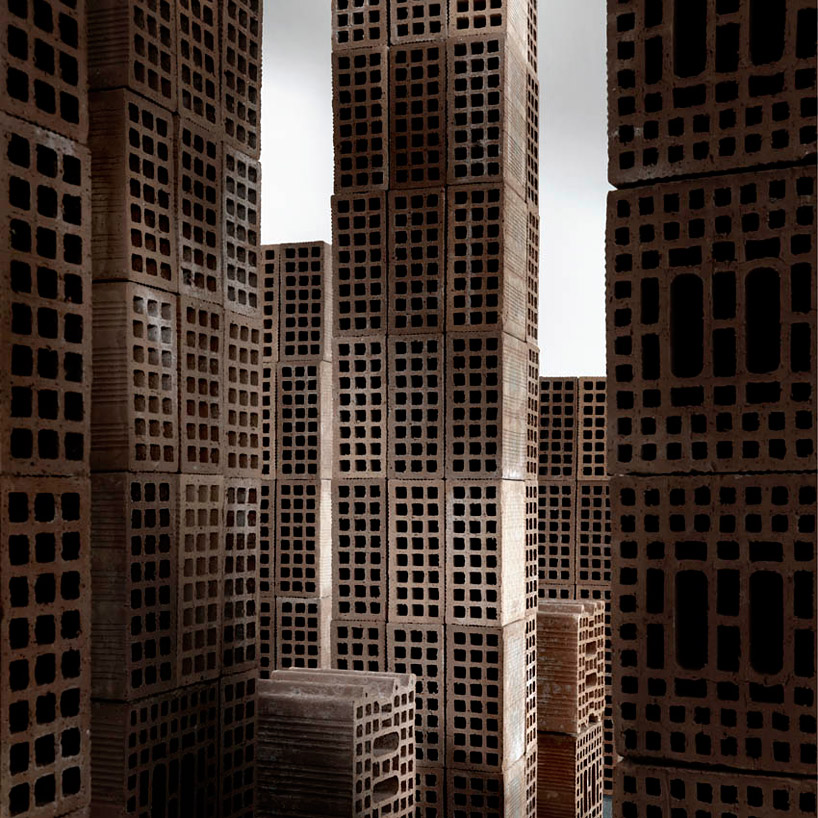 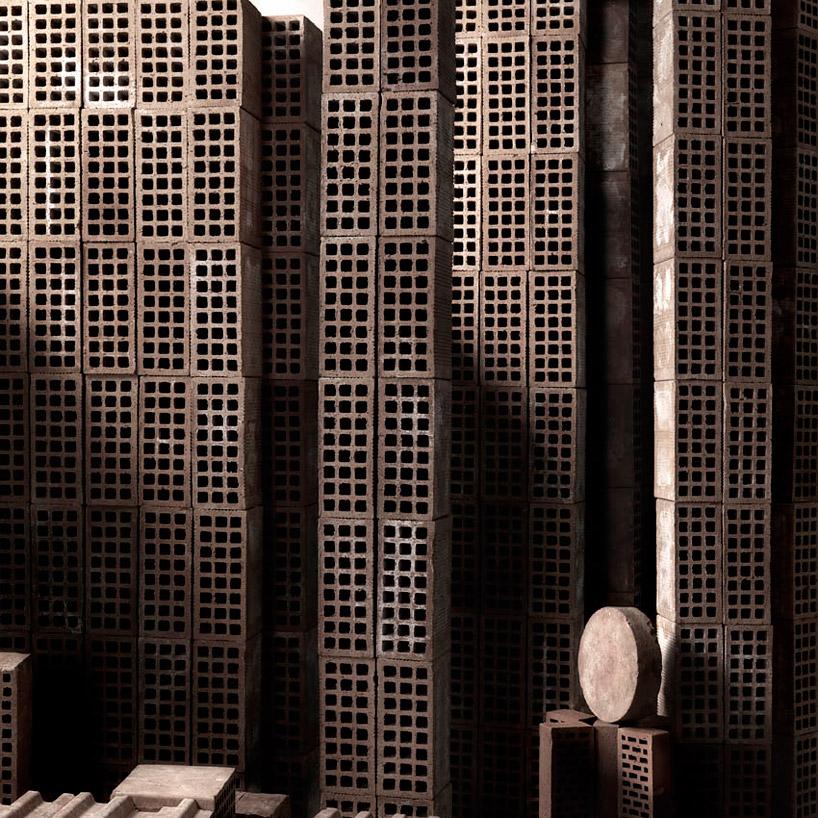