while we are impatiently waiting to see the upcoming retrospective of italian artist maurizio cattelan at the NY york guggenheim, we remind our readers to visit his most recent installation in venice, on show until november 27th, 2011.

maurizio cattelan welcomes visitors to the venice art biennale with 2000 stuffed pigeons placed on rafters throughout the central pavilion (palazzo delle esposizioni). an expansion of a work, entitled ‘the tourists’,  was first conceived for the 1997 biennale and it still induces fear among the expensively dressed. its current title, ‘the others’, is indicating a certain paranoia about ‘being watched by strangers in our midst, by those who frighten us.‘ (MC) 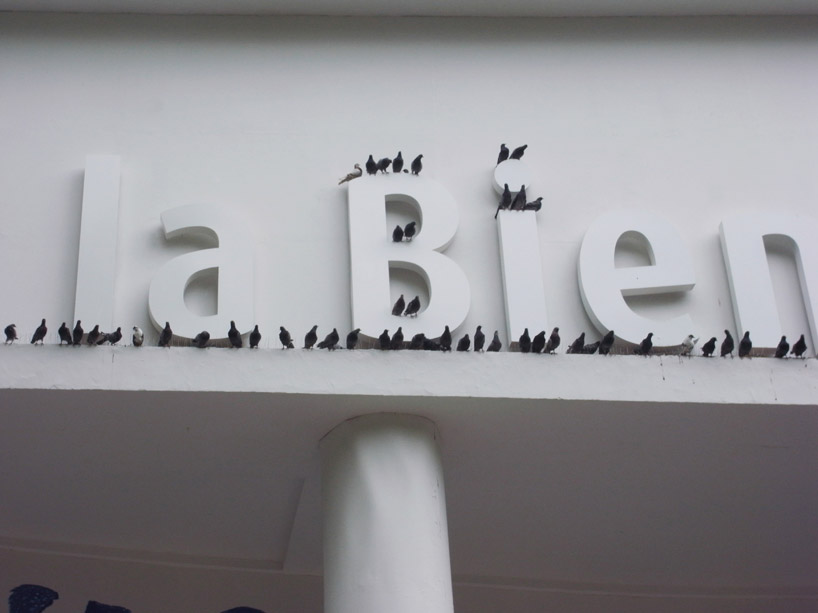 at the opening of the biennale we encountered a group of animal rights activists, which were demonstrating against the installation (and accused him of taxidermy). he promptly stated that he’d got them from a theater supply company. 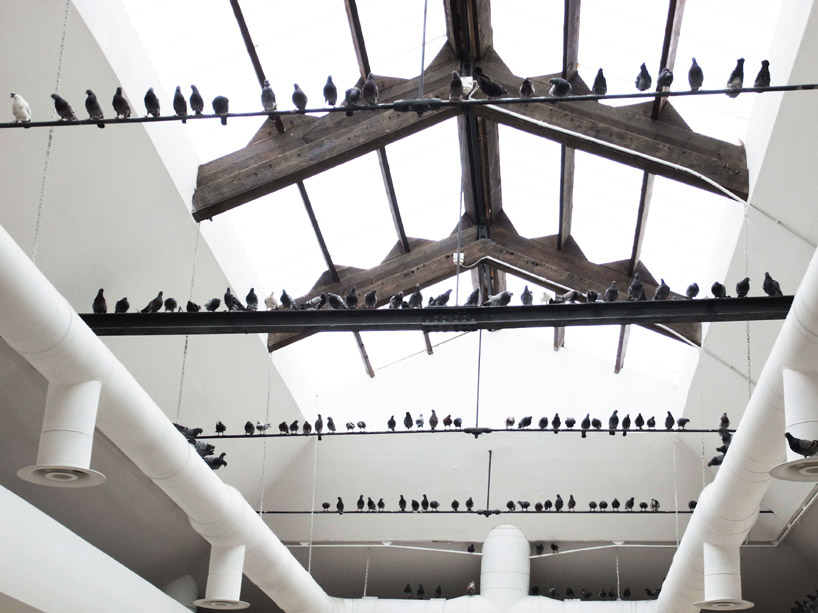 installation view of maurizio cattelan’s ‘the others’ (2011) image © designboom 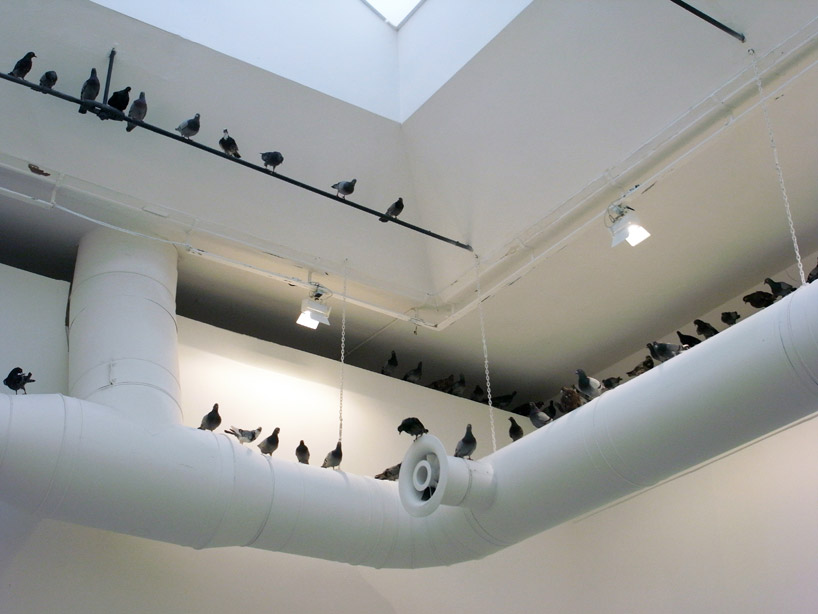 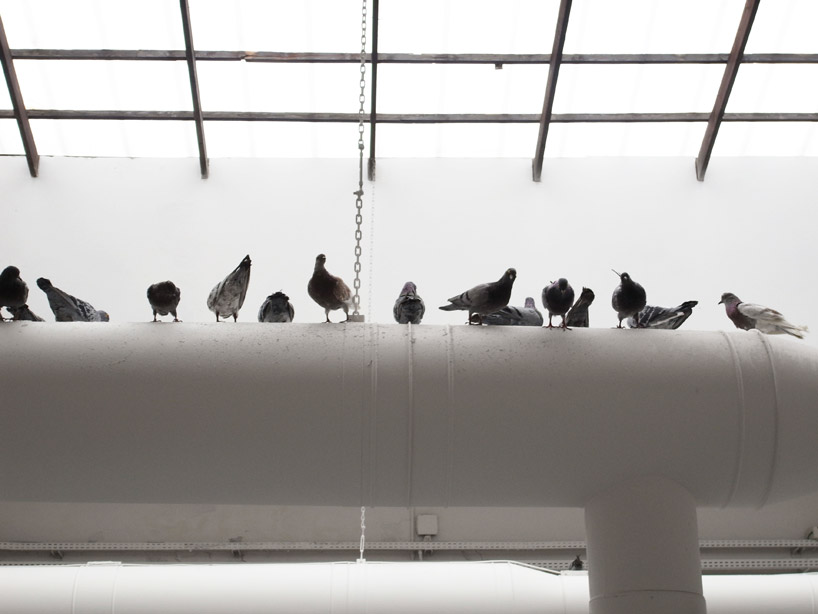 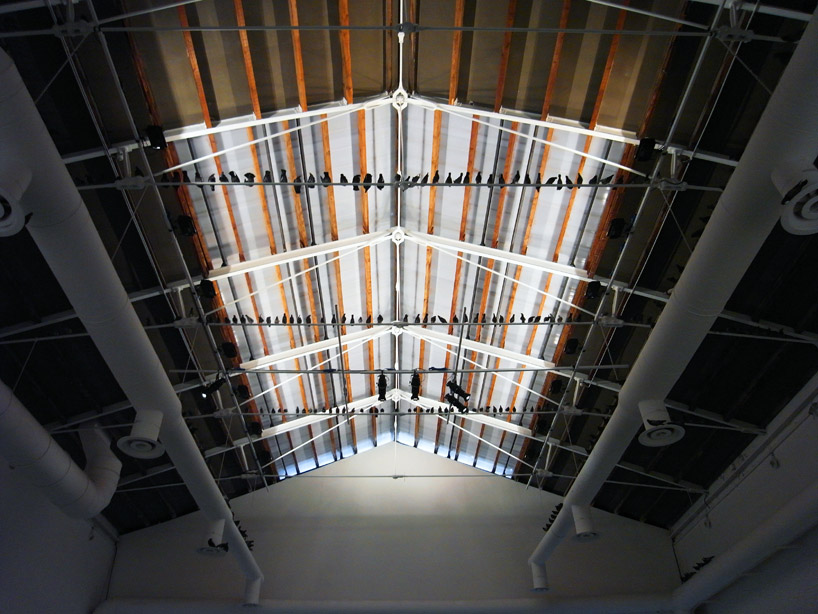 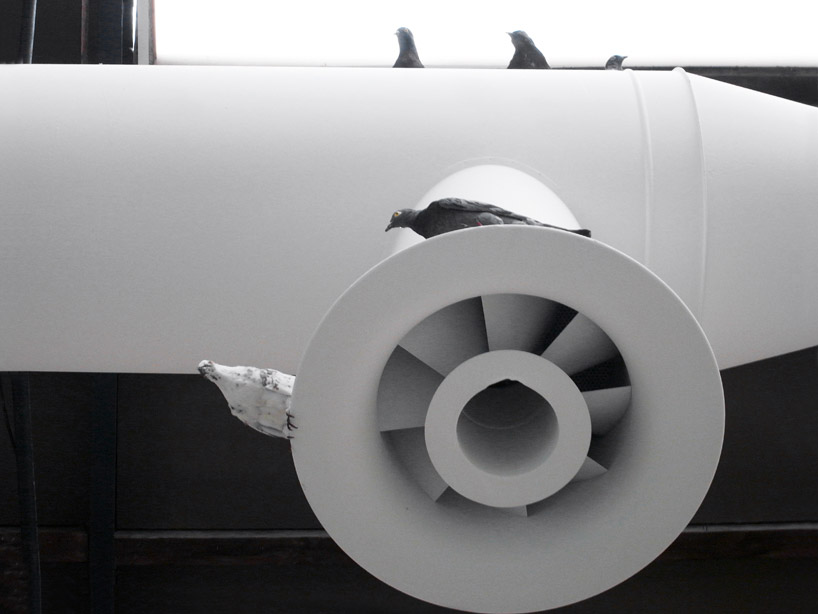 this fall, the guggenheim is presenting the first complete retrospective of maurizio cattelan’s provocative work with more than 130 works borrowed from private and public collections around the world and ranging from the late 1980s to the present. he will show a site-specific installation designed to encapsulate his complete production to date: miniature clay mock-ups of his sculptures, seen alongside their full-size versions.

— about the venice art biennale 2011 the 54th international art exhibition with the title of ‘ILLUminations’ (ILLUMInazioni), curated by swiss art historian bice curiger, the curator of the zurich kunsthaus and co-founder of the art magazine ‘parkett’ opened officially on saturday june 4th and will be accessible to the public until november 27th, 2011. in addition to the main exhibit, there are 37 collateral events happening around the city.

the world’s biggest art event (which takes place every two years) — the venice biennial — has been around since 1895 and has always been buoyed by an international spirit’. the first foreign national pavilion appeared over a century ago (belgium, in 1907) and since then every edition welcomes new countries. this year, for the first time, the biennale d’arte featured 89 countries.

while there are the china, hong kong, singapore, taiwan, india and bangladesh pavilions, we’ll have to wait for the next editions to see a greater south asian contingent at the art show: pakistan, sri lanka and nepal. 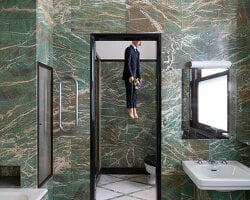