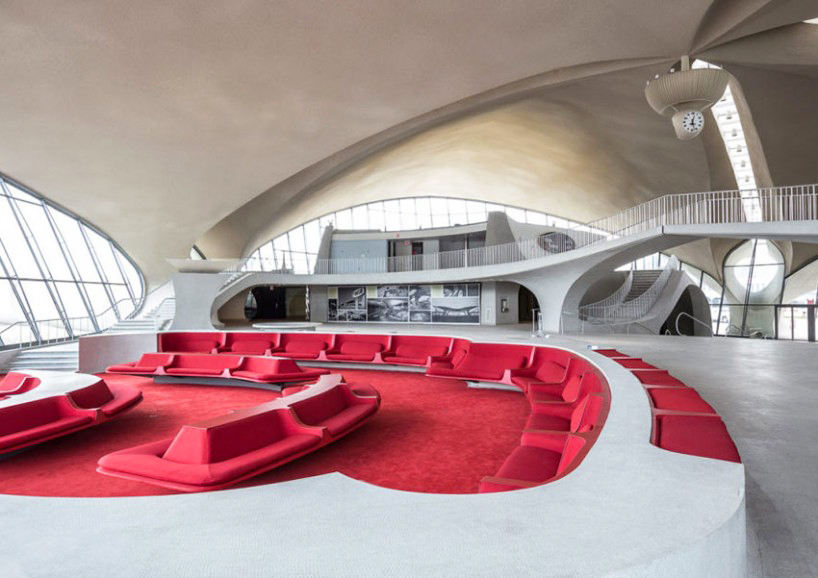 at the end of july, governor of new york andrew cuomo announced two monumental developments for the city’s two major airports airports: a vision for an estimated 4 billion dollar overhaul of laguardia airport and the construction of a state-of-the-art hotel at JFK, housed within the historic TWA flight center. while the news of a new laguardia was welcomed by most, the reuse of world-renowned architect eero saarinen’s iconic trans world flight center left many feeling nostalgic. despite its anticipated 505 guestrooms, 40,000 square feet of conference, event, and meeting space, and a 10,000 square foot observation deck, the announcement urged historians and photographs to document the landmark site before its likely-unrecognizable transformation. 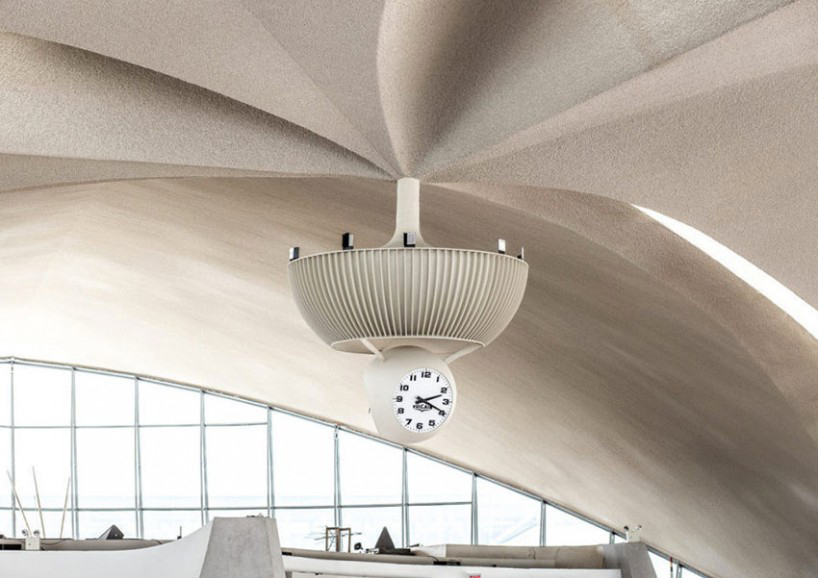 the news mobilized lori waters, historian and researcher at the institute for simulation and training university of central florida, to organize a team at chronopoints to digitally document the historically significant structure through the application of 3D terrestrial laser scanning, with additional photography taken by max touhey. take a look at a few images from the shoot below and the full series on curbed NY. 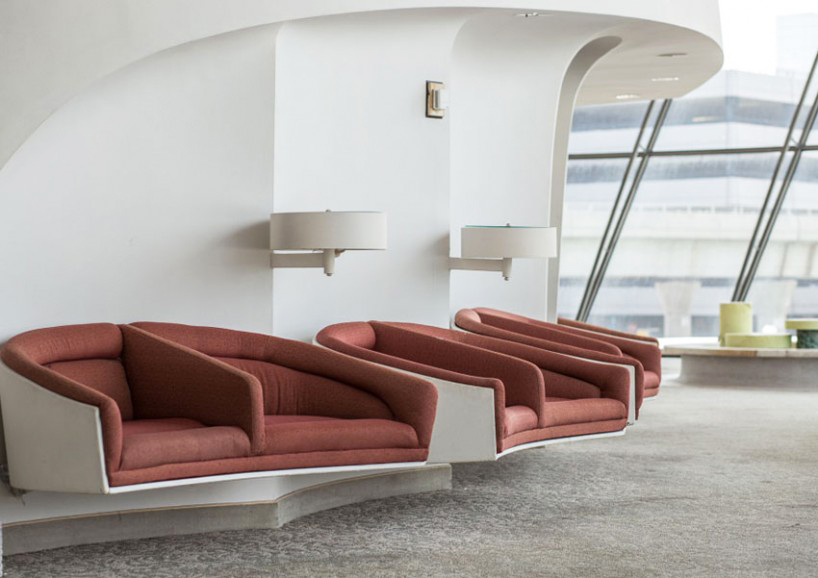 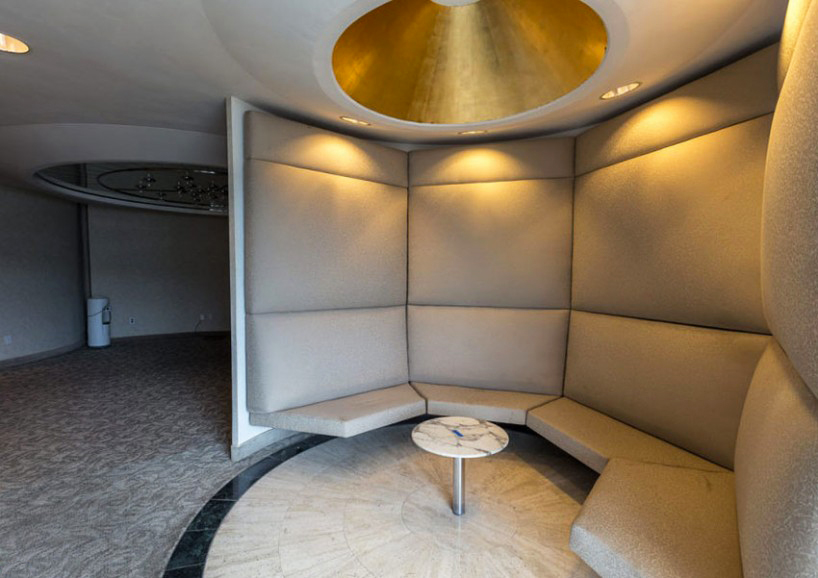 a nook provides seating space for both intimate and social applications 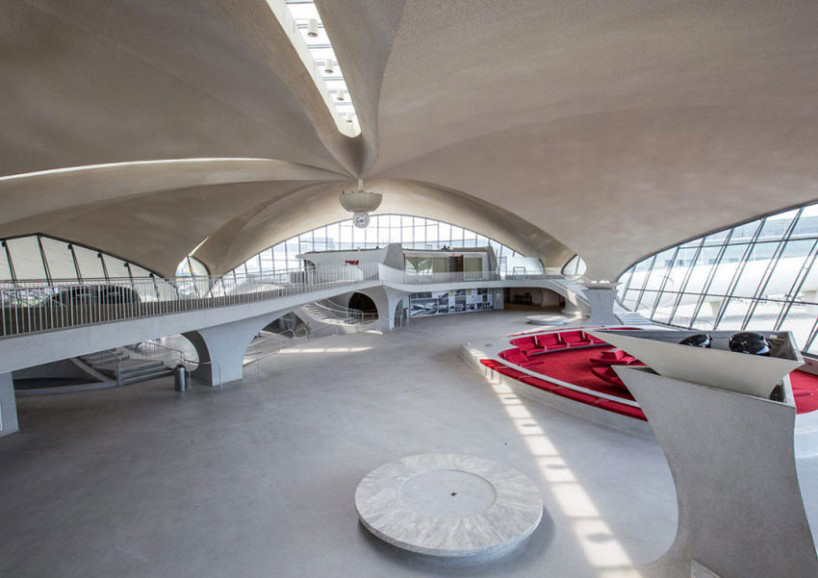 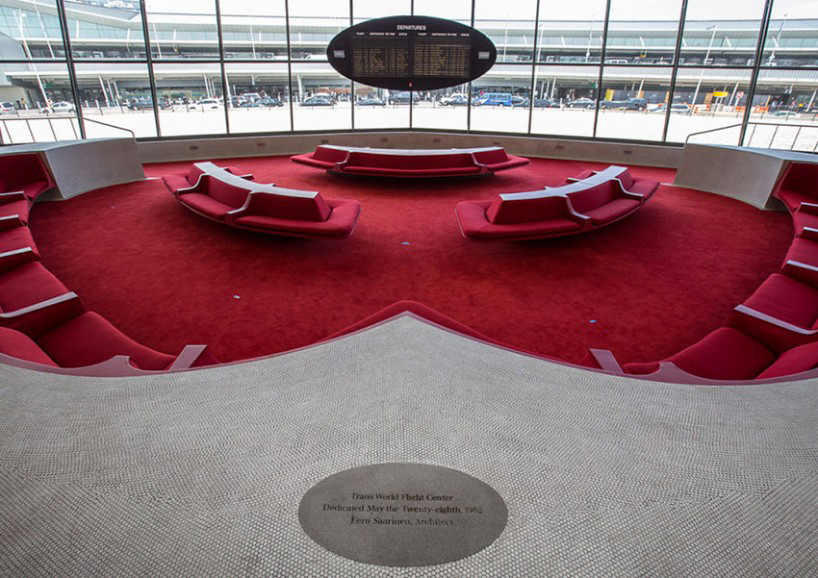 red seats are organized around a well-lit, heart-shaped alcove in the space 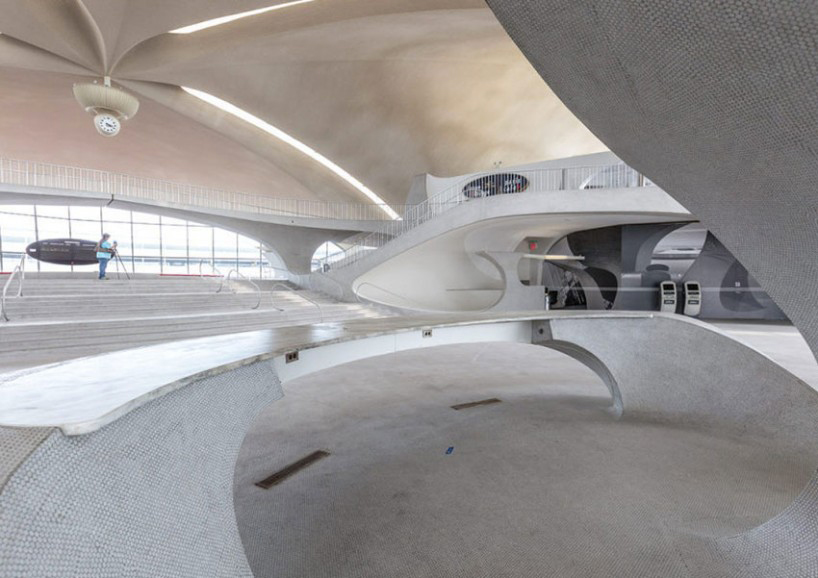 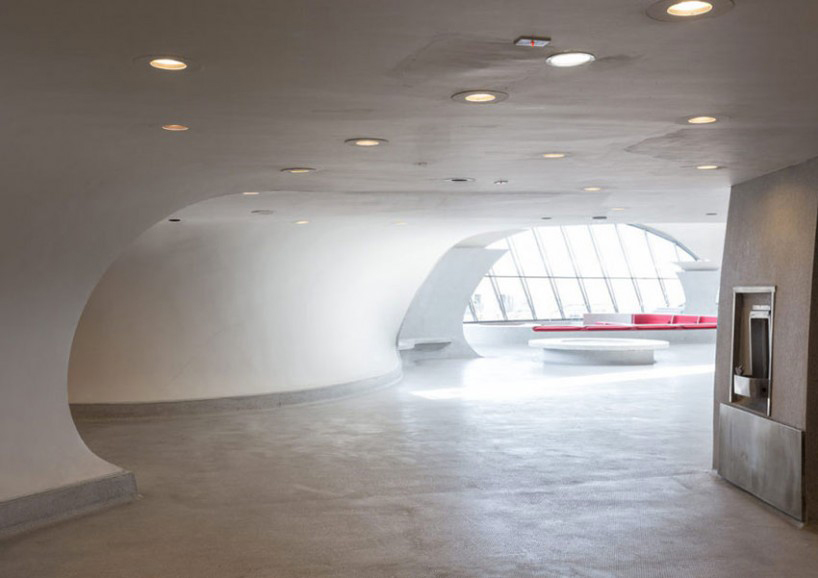 the vast, vacant interior has been scanned and documented by camera 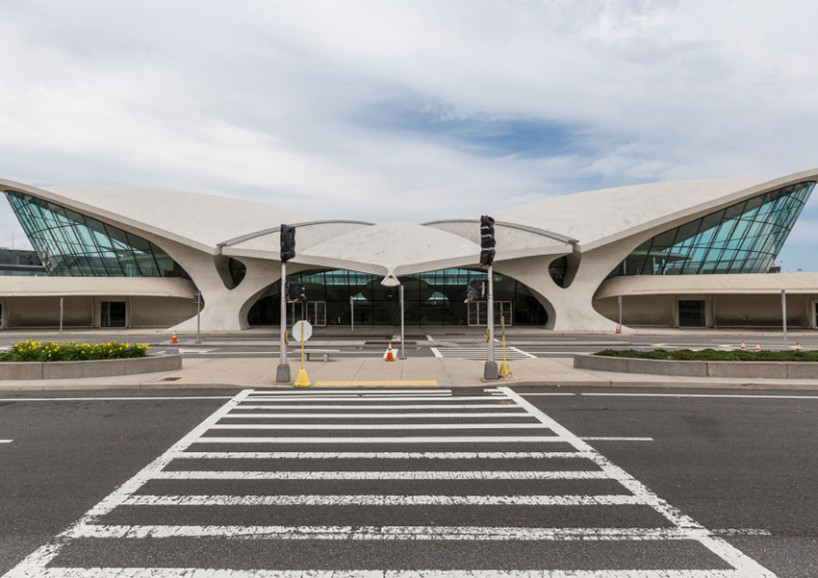 the wing-like facade of the main terminal 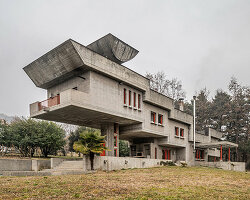