two 50×70 inch prints stand alone as part of american installation-artist megan geckler’s ongoing show at the los angeles municipal gallery. enclosed in thick white frames, the images have a tactile quality that seems to hold hundreds of overlapping layers within its borders. made using scans of the artist’s signature material, flagging tape, the pieces’ represent a drastic deviation from past works — most of which rely on mathematical precision rather than simple chance. 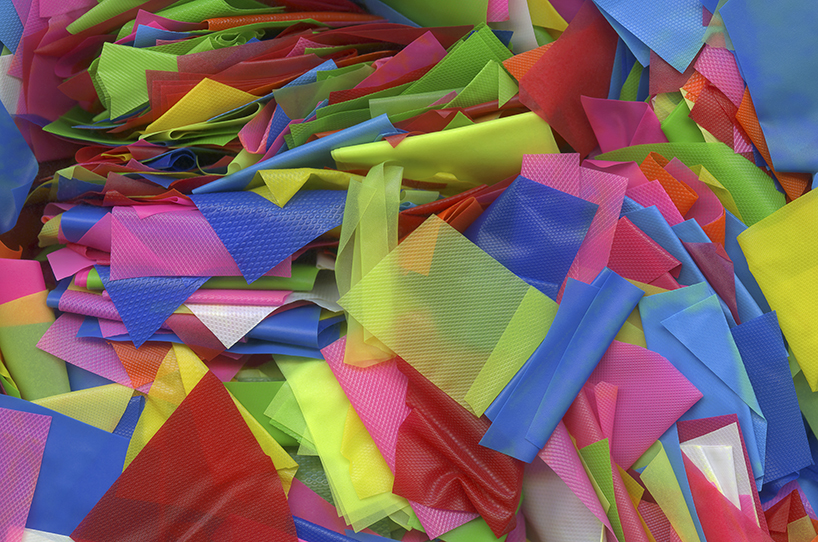 ‘the scanner has a very limited depth of field, but provides an even light source that results in smooth gradations between highlights and shadows,’ says geckler. arrangements of scraps, and the resulting image, were matters of trial and error. two scans — #005 and #145 — were culled from hundreds, eventually making their way to the gallery in final printed form. geckler’s work exemplifies the potential inherent within each material, providing for her, ‘a new way of seeing flagging tape even after all these years.’ 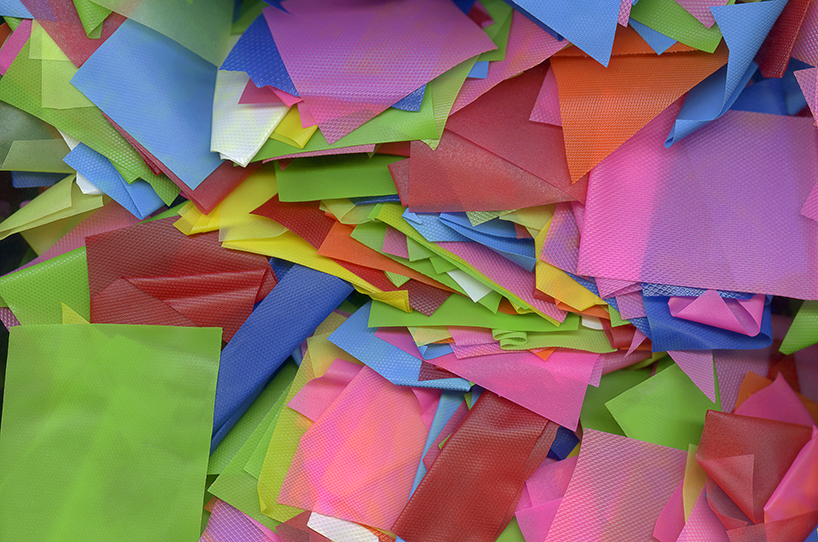 the prints are presented alongside a second work — covered by designboom here. geckler was supported by a grant from the LA department of cultural affairs. both pieces are currently on display at the los angeles municipal art gallery at barnsdall park, 4800 hollywood boulevard, until july 3rd, 2016. 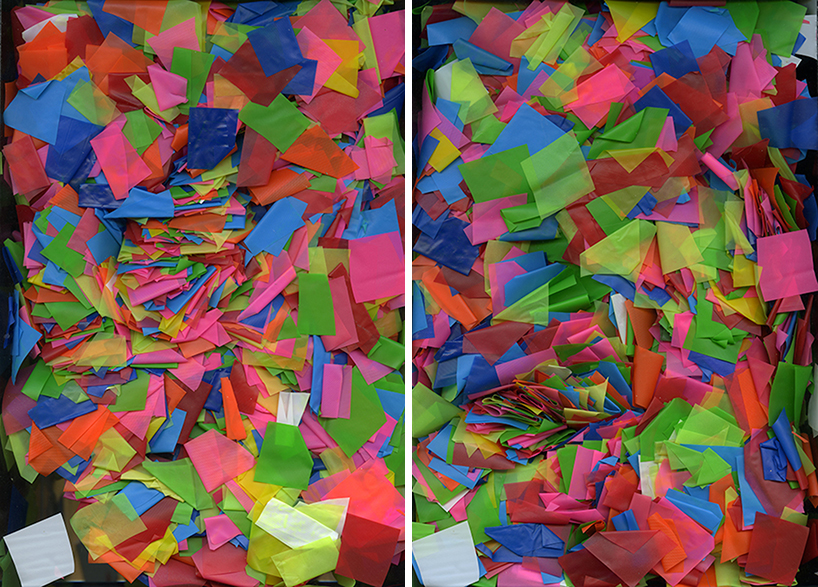 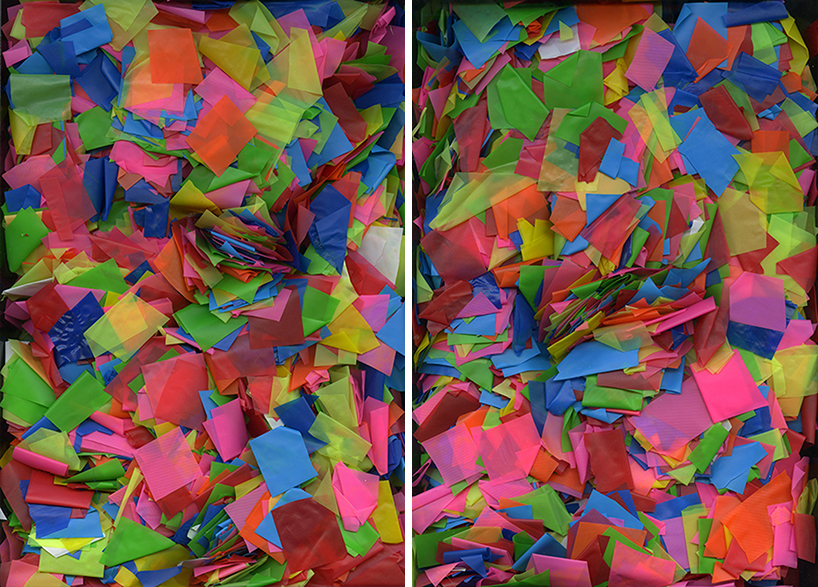 #98, #131 — geckler’s work is about embracing chaos usually avoided in her work 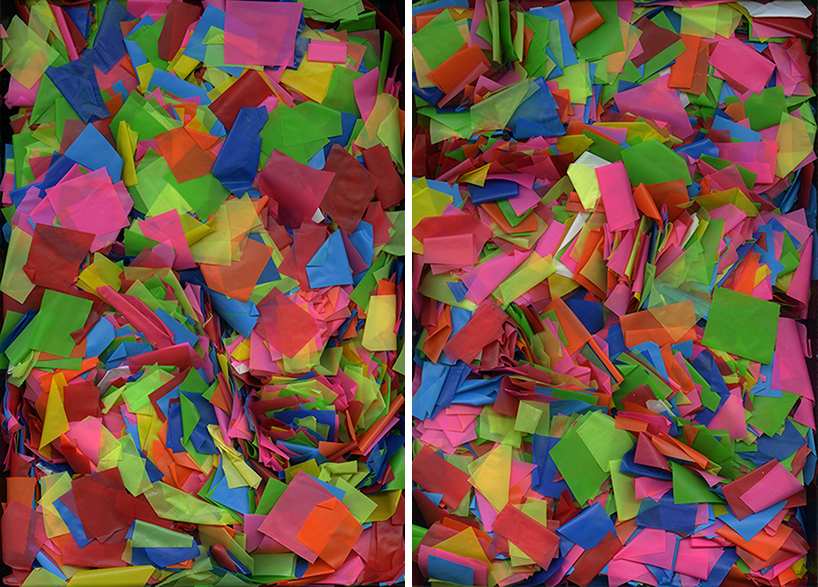 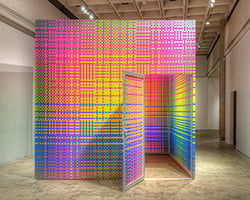 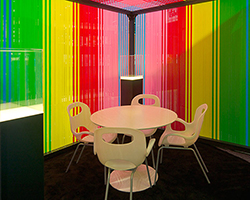 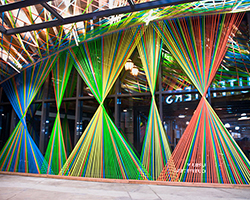 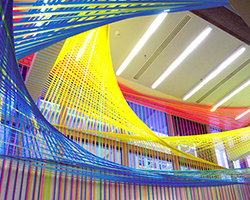