‘impression of the infinite’ by metamorphose in béziers, france all images courtesy of metamorphose

belgian architects metamorphose has completed an installation consisting of spherical mirrors in a field in béziers, france. created for the contemporary art festival ‘heureuse coincidence’, ‘impression of the infinite’ is a small-scale intervention that seeks to modify not the landscape itself but the viewer’s point of view; the deformed image of the surrounding reflected in the mirror, which then gets reflected by other mirrors, shifts how we experience the space and landscape. through this simple effect, the architects aimed to create a space that abstracted the concept of infinity.

‘…the intervention adopts the symbol of the butterfly effect, relaying the idea that even the smallest element can have a phenomenal impact on its environment. a symbol conveyed through the project’s dual-character, that of catalyst and multiplier’ – metamorphose

at dusk, the small phosphorescent balls gradually light up to accommodate for the darker atmosphere. the multiplying effect caused by the spheres create the illusion of fireflies in the middle of the field. 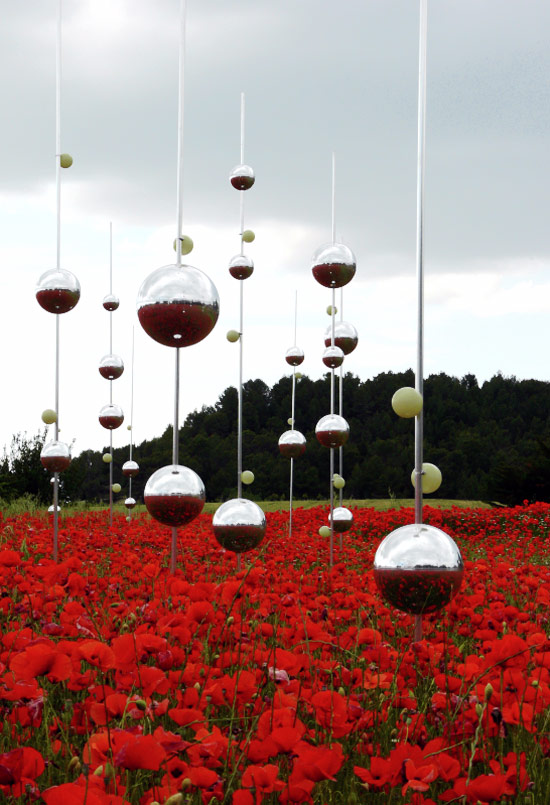 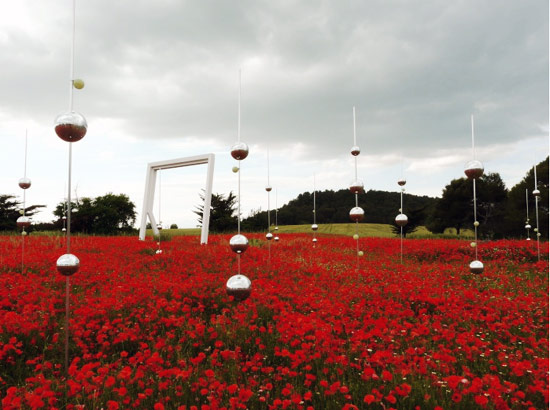 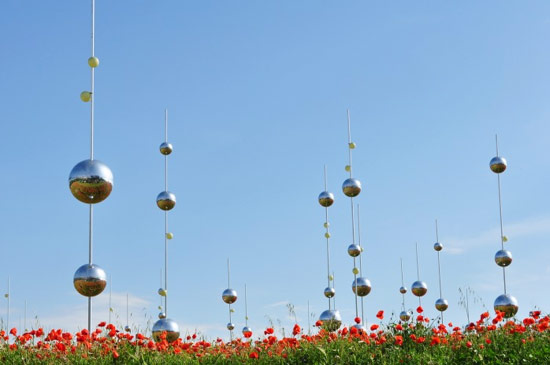 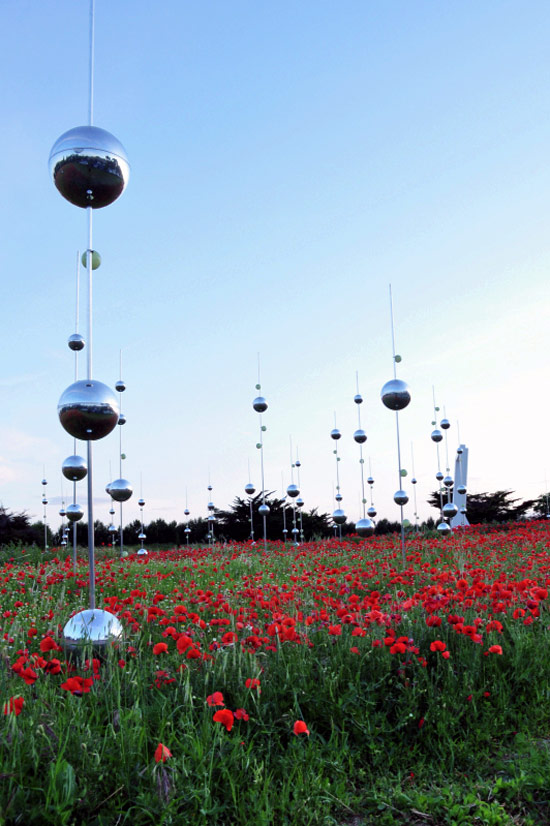 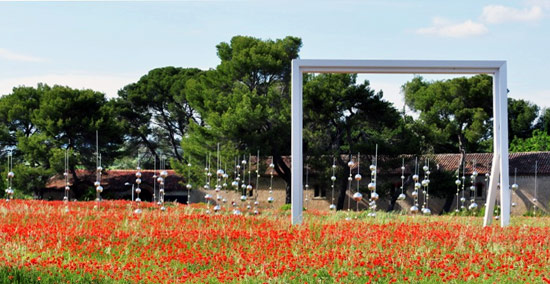 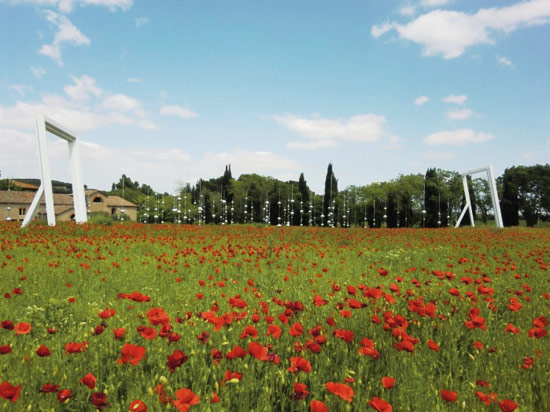 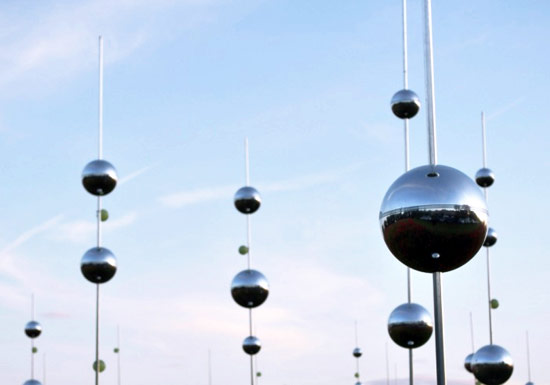 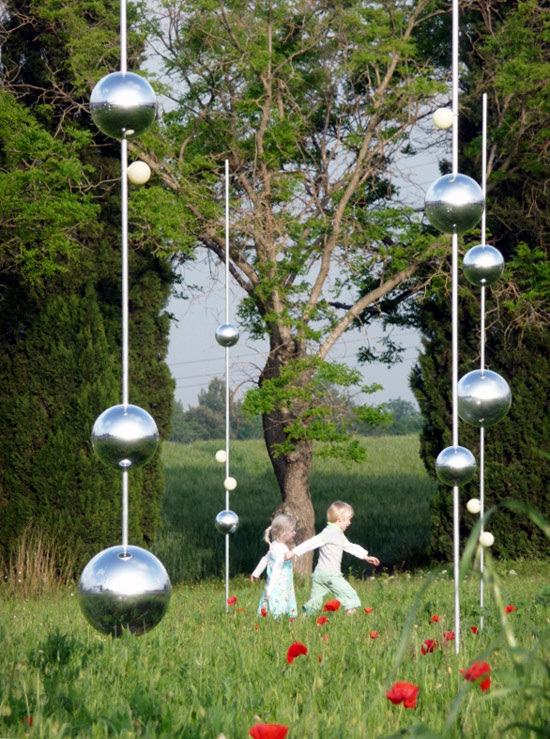 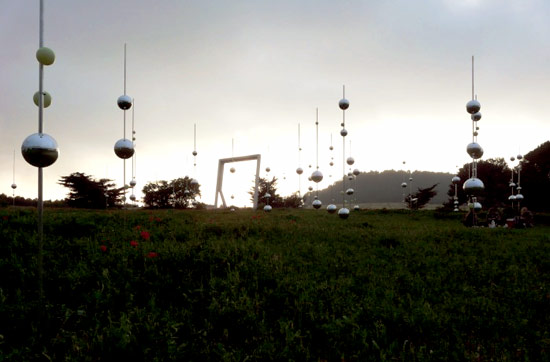 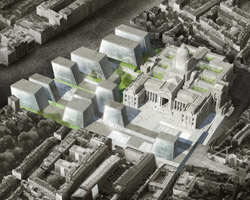