while undoubtedly humorous and playful, the sculptural work of artist michael beitz also addresses the complexity of human relationships, and the psychological impact of our experience with everyday objects. through pieces like ‘not now’ — a wooden table that separates sitters by an undulating arch; ‘whippy’ — a folded outdoor picnic table; and ‘fan house’ — an architectural façade with massive propeller placed inside, beitz combines furniture design and meticulous craftsmanship with conceptual sentiments. in his construction of distorted domestic objects such as folded tables and knotted sofas, beitz ultimately subverts each piece’s functionality. by looking at the cultural significance of household furniture, the artist limits each item’s ability to serve as a site of social interaction, instead turning familiar objects into spaces of alienation and solace. 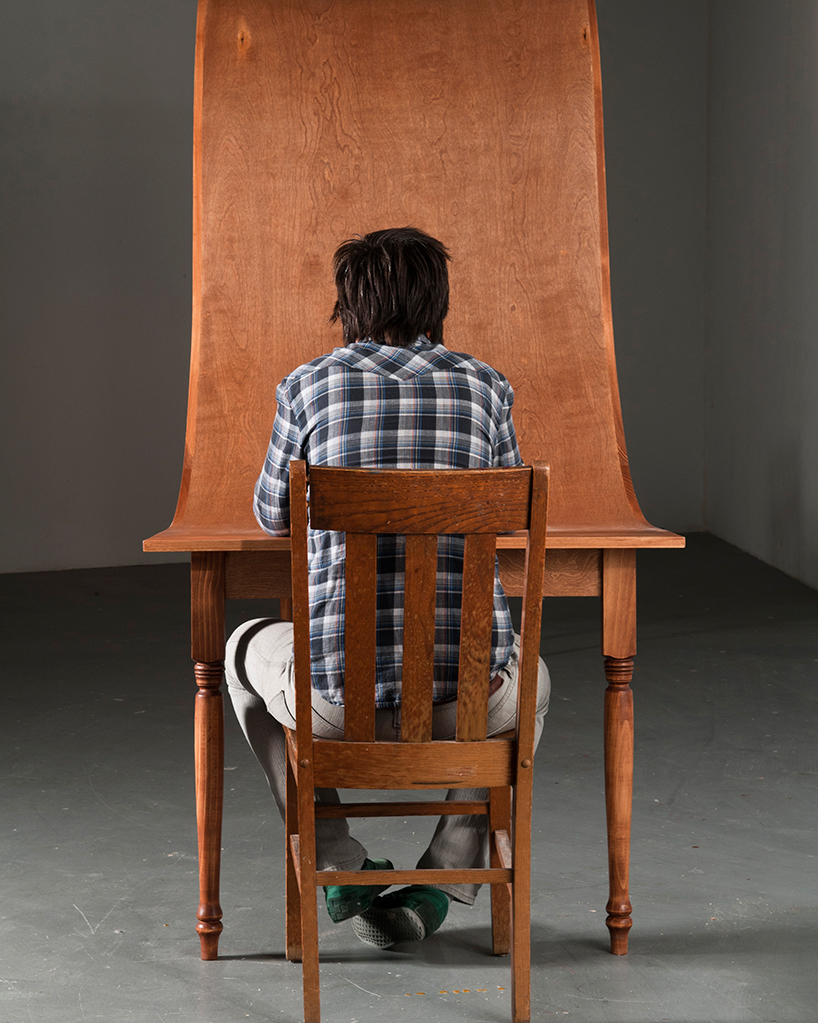 ‘I was concerned with the central ideas of emotional tension, distance, and the inability to communicate when making not now.  I have always been interested in psychosomatic relationships and I see this work as an extension of the connection between emotional and physical behaviors.’ 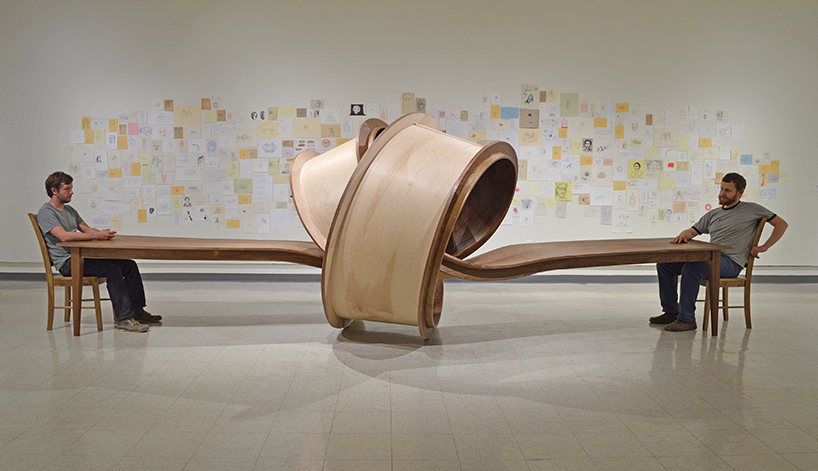 ‘the ability to have a private conversation is all but lost. the sacred space of privacy may only exist in our own thoughts. I made this table as a place to contemplate that loss and to consider the cyclical trap that we create when our focus is too narrow.’ 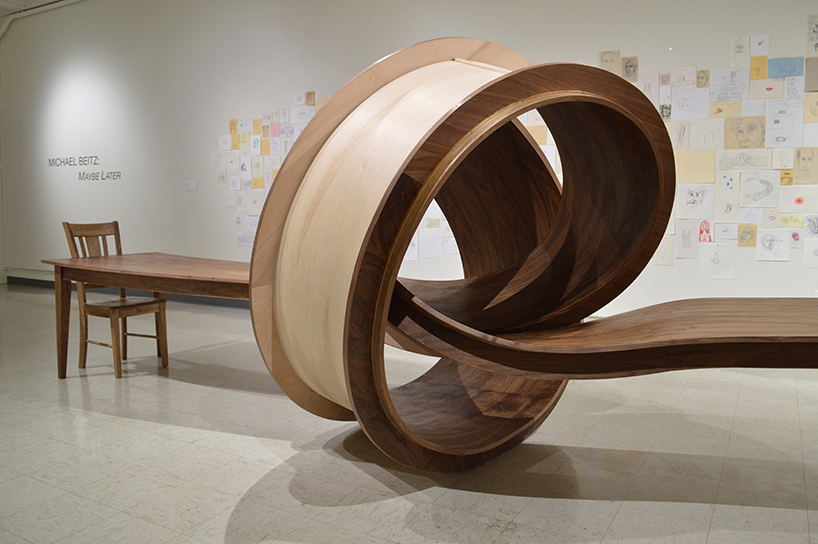 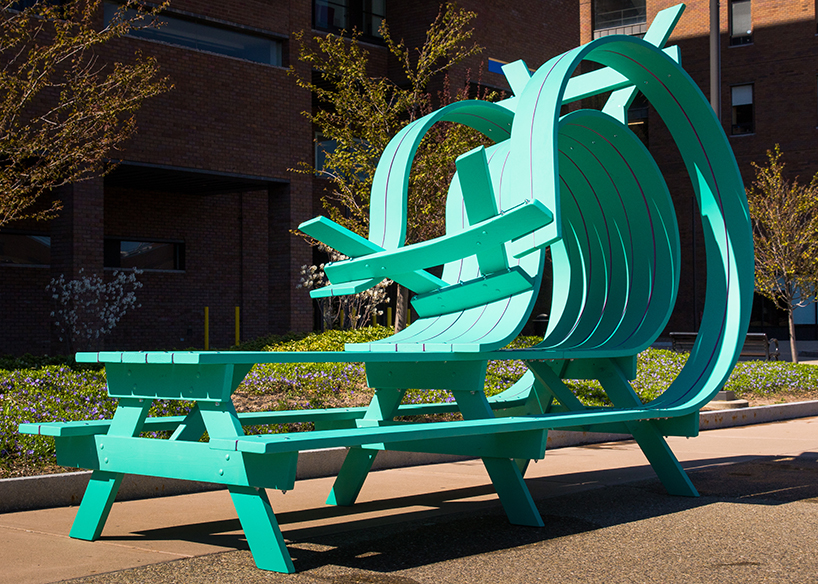 whippy, 2016 — at the university of buffalo
photo by chad cooper 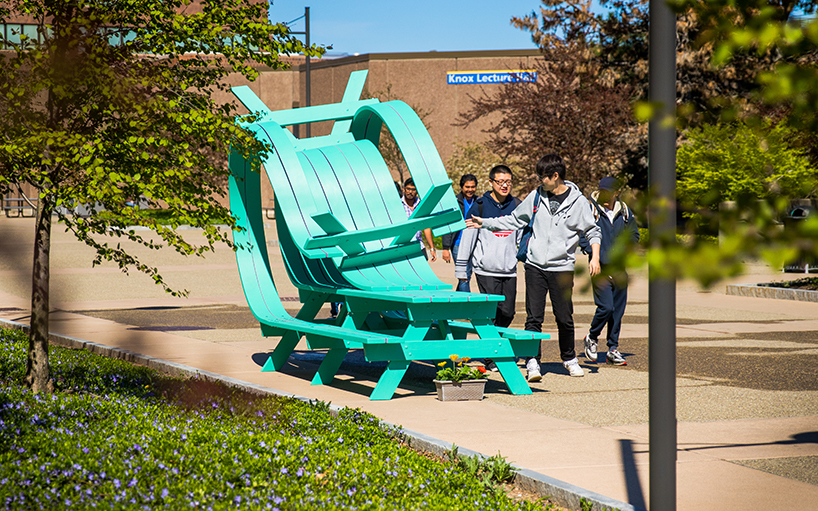 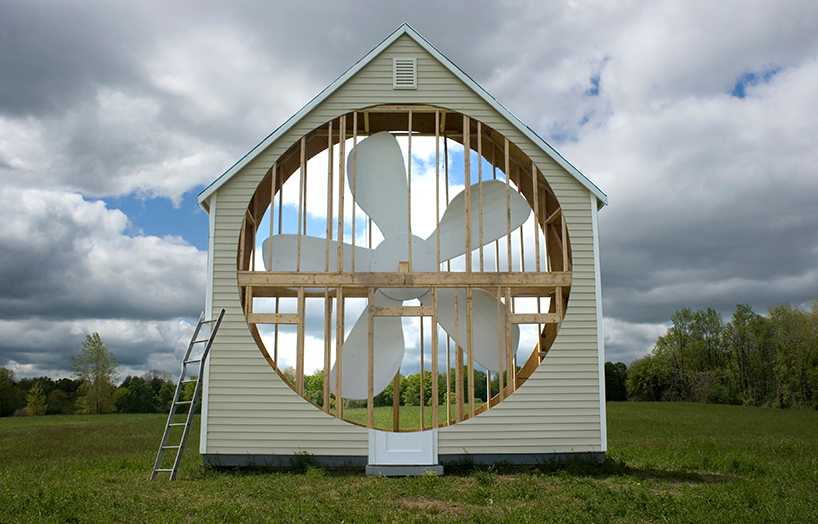 ‘this temporary piece was built outside of buffalo, NY and was a response to the thousands of abandoned homes that still exist in the city. the work was a collaboration with LA-based artist/designer matt monroe.’ 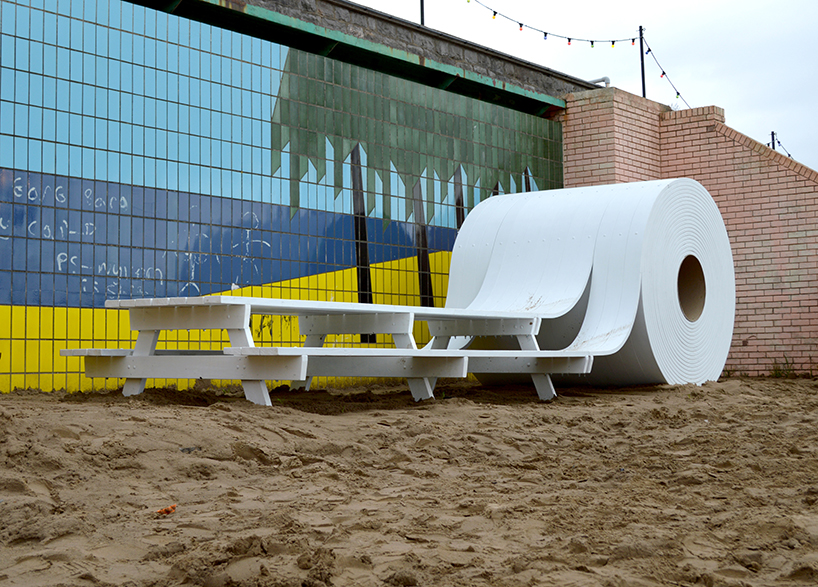 ‘roll was made for banksy’s dismaland in weston super-mare, UK. it combines the picnic table form with an oversized toilet paper roll. the piece offered family and friends a fun place to rest while considering the well-known devastation of human waste polluting the nearby sea.’ 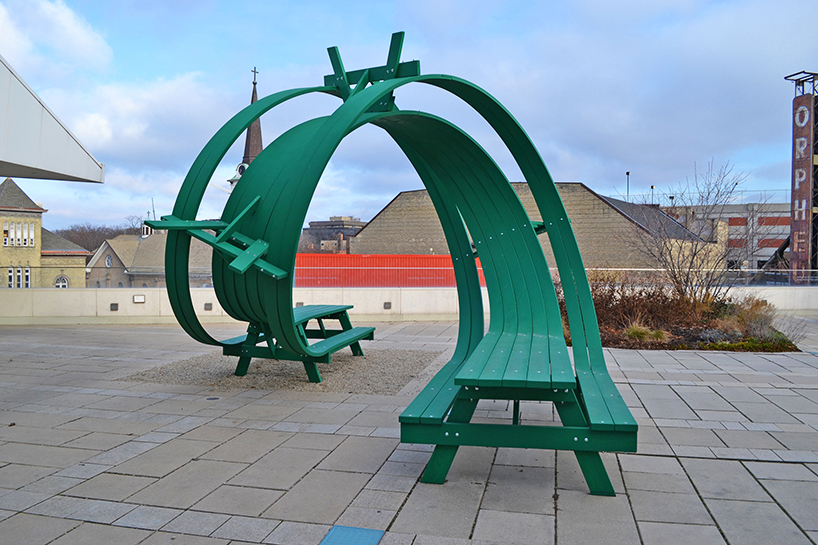 ‘a twisted loop picnic table simultaneously joins and separates its picnickers. this work is meant to be an ornate twist on the commonplace picnic.’ 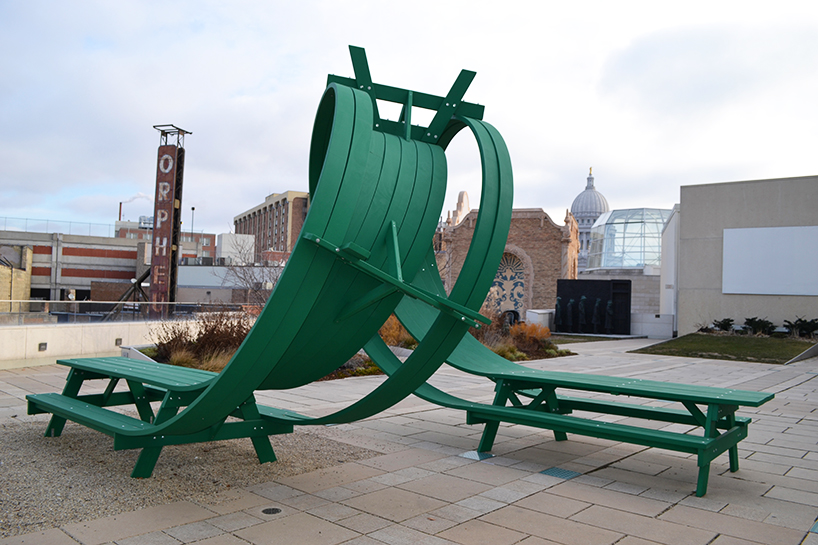