new york city-based photographer michael vahrenwald looks at monumental US bank buildings that have surrendered to a sad fate: abandoned, forgotten, and overrun by contemporary commercial businesses. his series of photographs, ‘the people’s trust’, captures the final chapter of their tremendous career as financial institutions, their legacies shrouded beneath shoe store signage and decomposing advertisements. through the lens, the structures are almost personified as heartbreakingly unemployed, disoriented by their identity, purpose, and future worth. spanning urban neighborhoods throughout new york city and detroit, the square-shot portraits reveal a cultural and economical shift from an era in which these fiscal establishments radiated with power and prosperity, to the ambiguous state in which they currently find themselves. 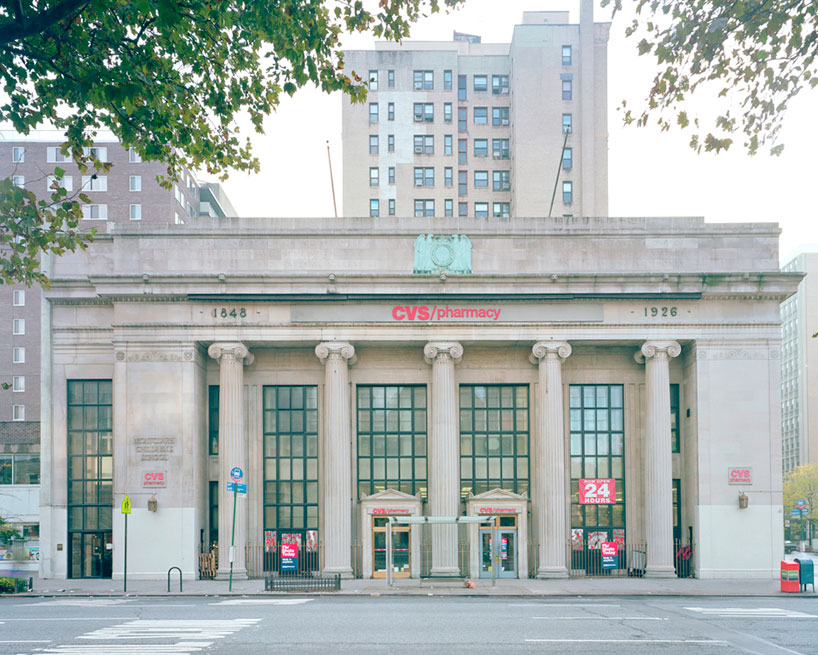 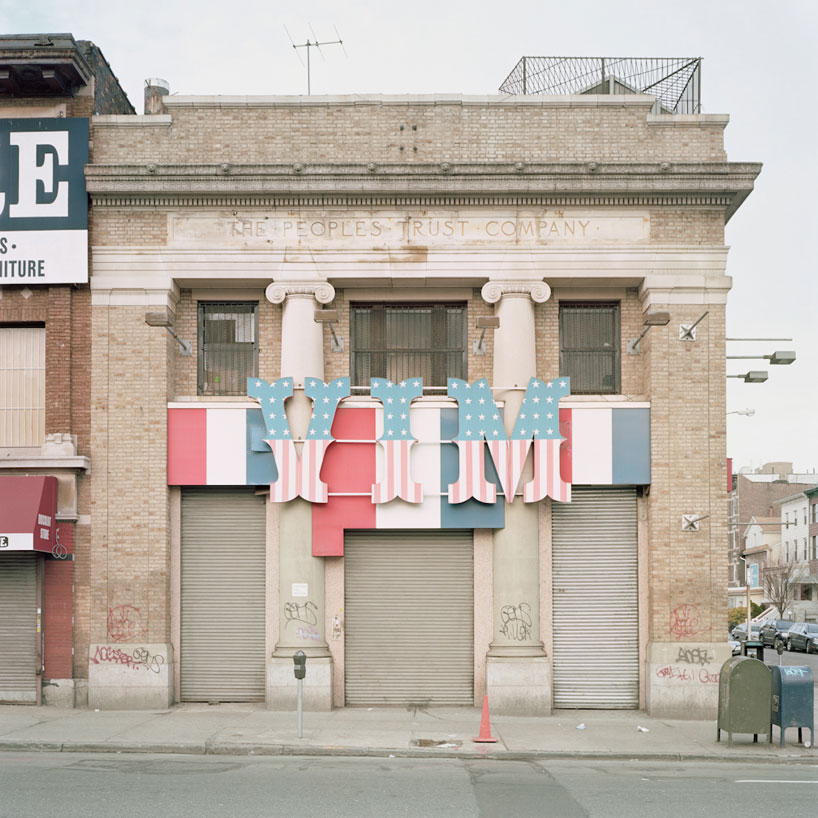 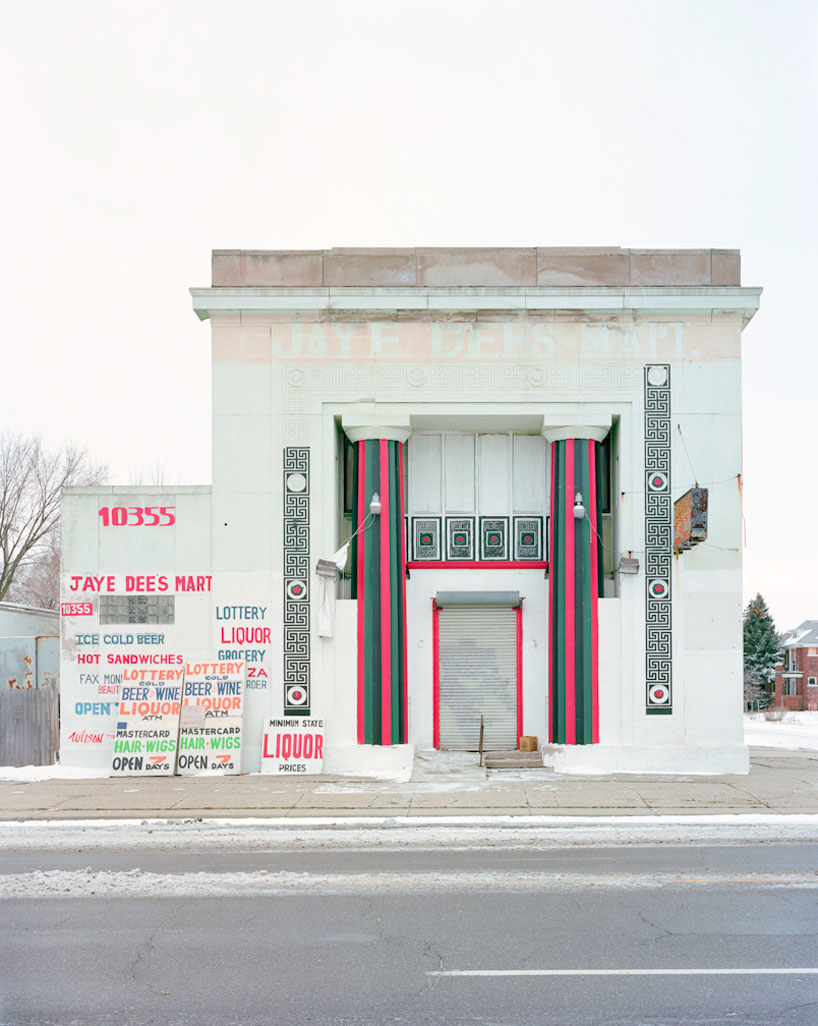 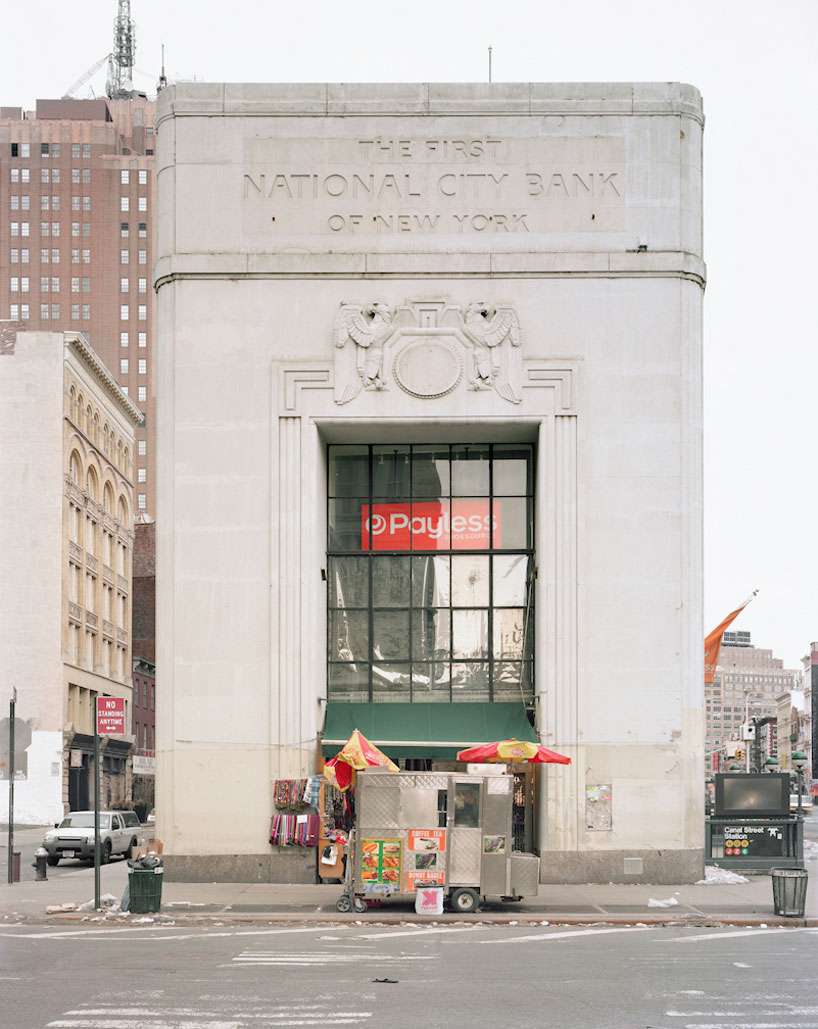 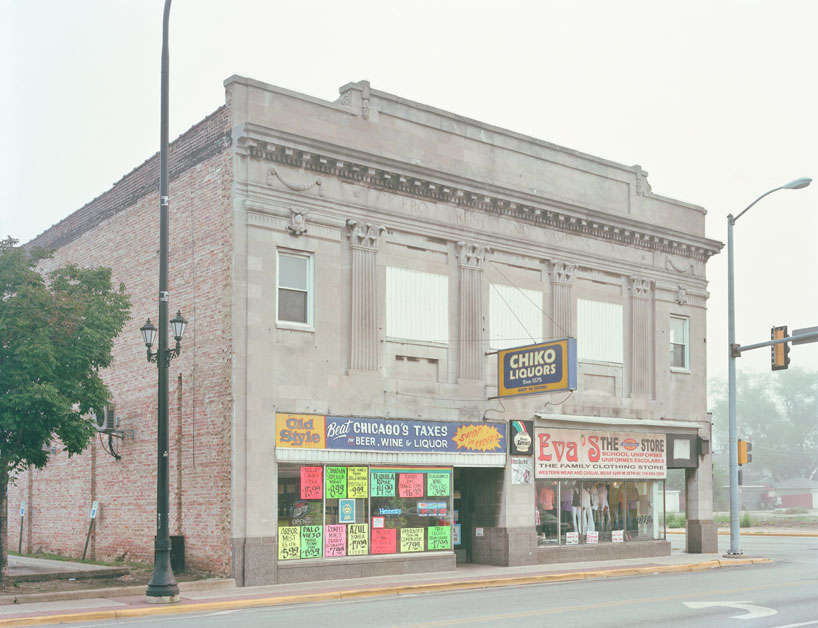 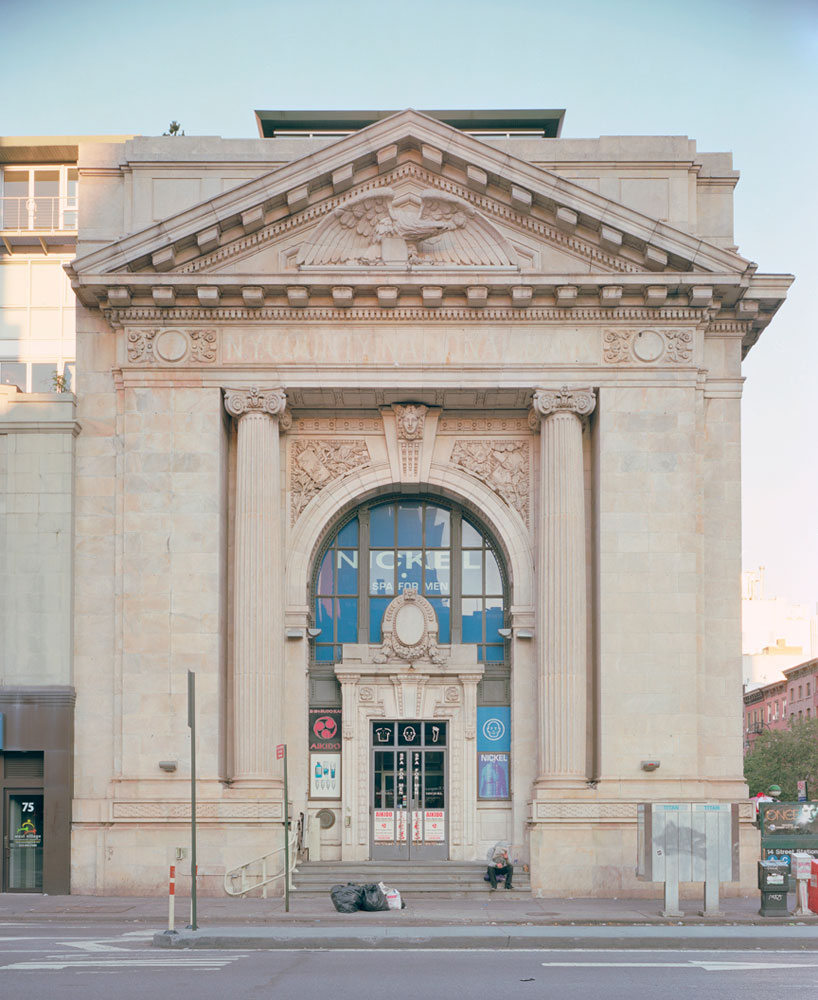 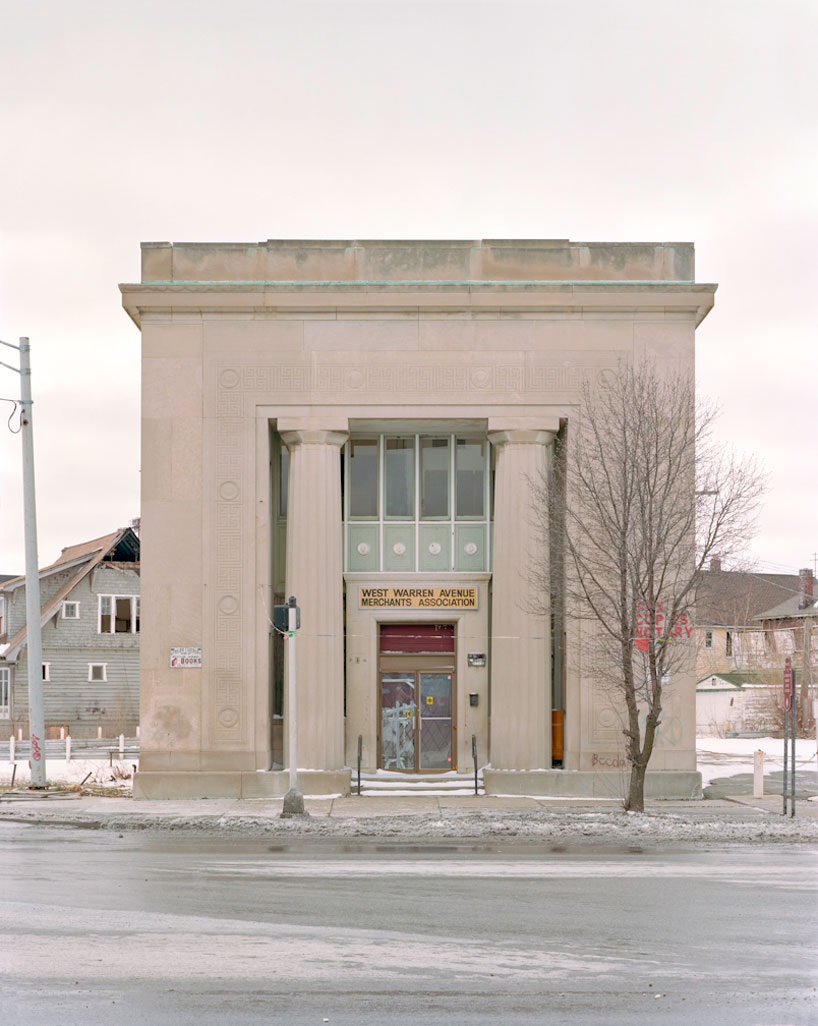