artist michał kulesza continues his work with LEGO for a second collection of toy brick-inspired art. for this latest series, the polish graphic designer ‘fell into the box full of LEGO bricks, and the surprising effect of this crash was that my hands and head were transformed into parts of LEGO man figure,’ he describes. the selection of images follows the figure as he enacts daily rituals and tasks, walking the dog, cleaning the house, and having a little fun outdoors. 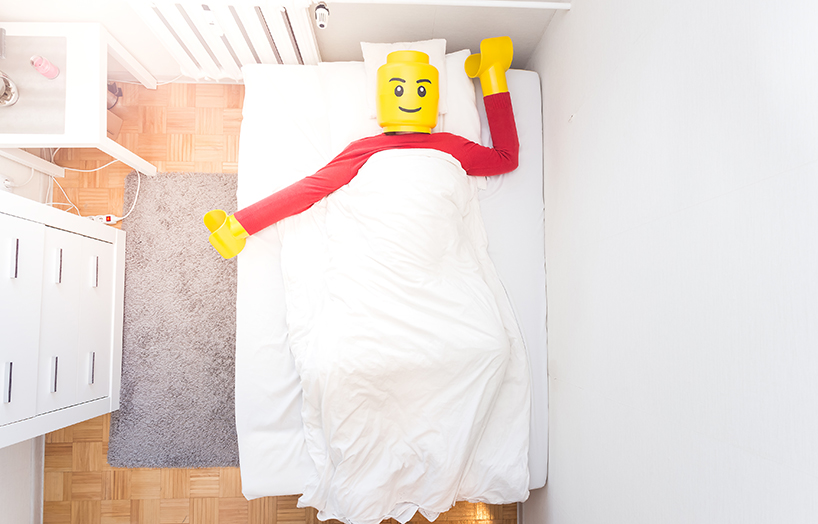 using a handmade LEGO ‘suit’ crafted from ordinary household objects, michał kulesza created a daily, photographic diary that documents the everyday life of a life-sized toy figure. the eight month-long project resulted in a series of photos that animate a LEGO mini-fig’s typical routine, whether he’s eating a pizza or exploring the outdoors. this isn’t the first time the artist has ‘played’ with the perception of toy bricks — almost one year ago, designboom shared kulesza’s project where ordinary objects and everyday scenes suddenly consumed by colorful toy bricks. food, gadgets and garments were transformed by LEGO building blocks, conceptualizing scenarios where eggs, sushi, butter and bananas are turned into inedible, stackable objects. 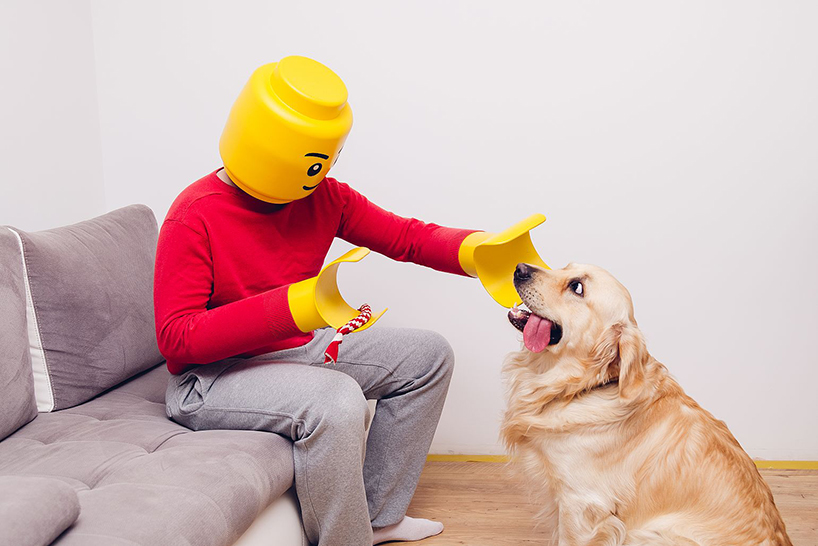 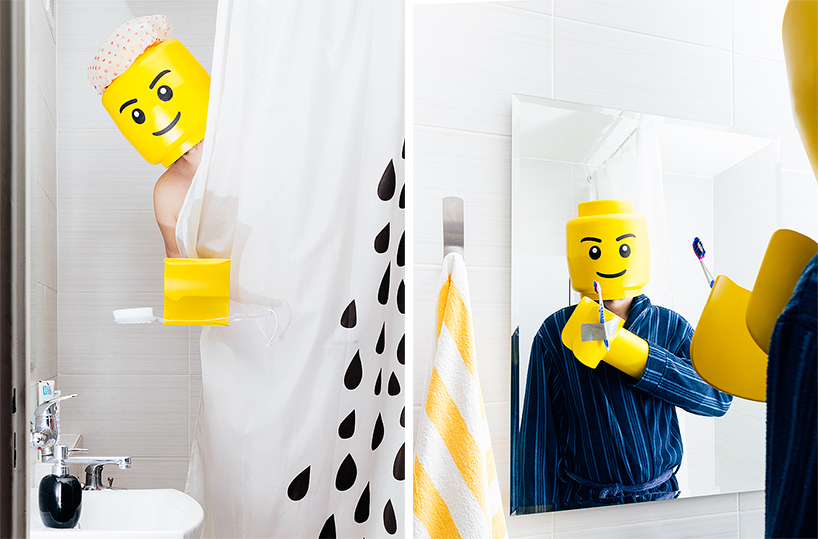 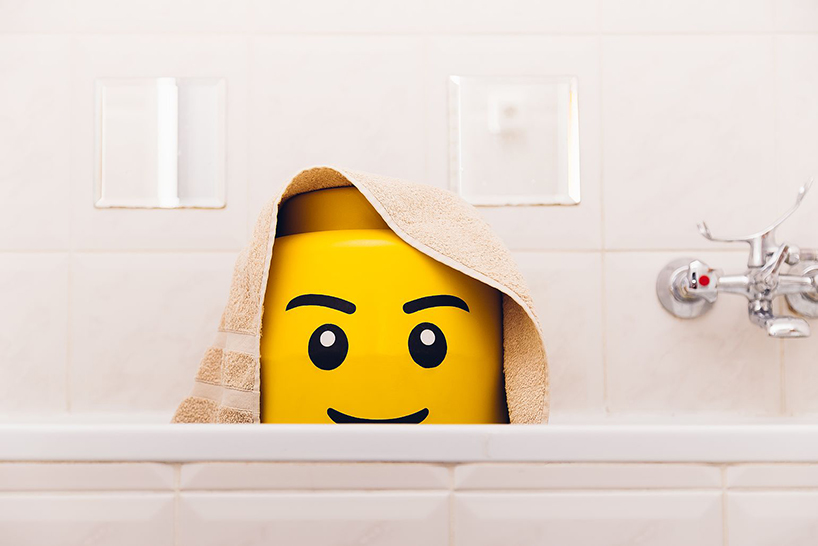 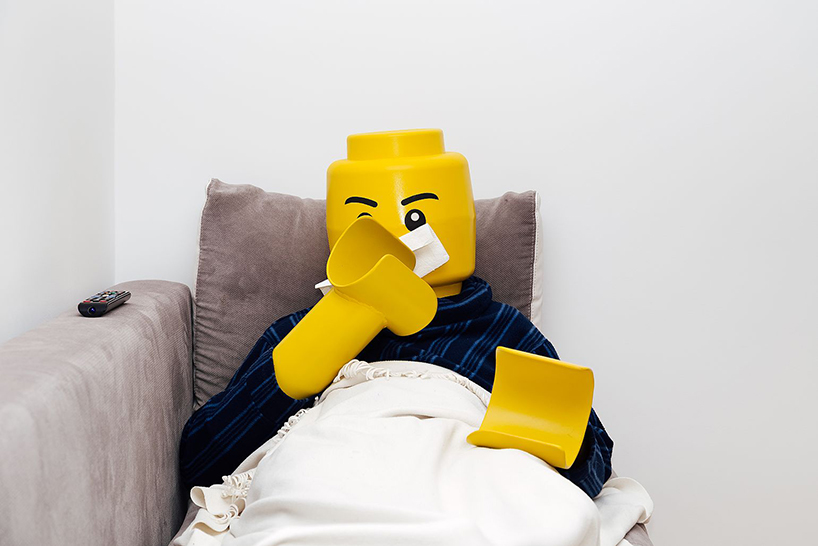 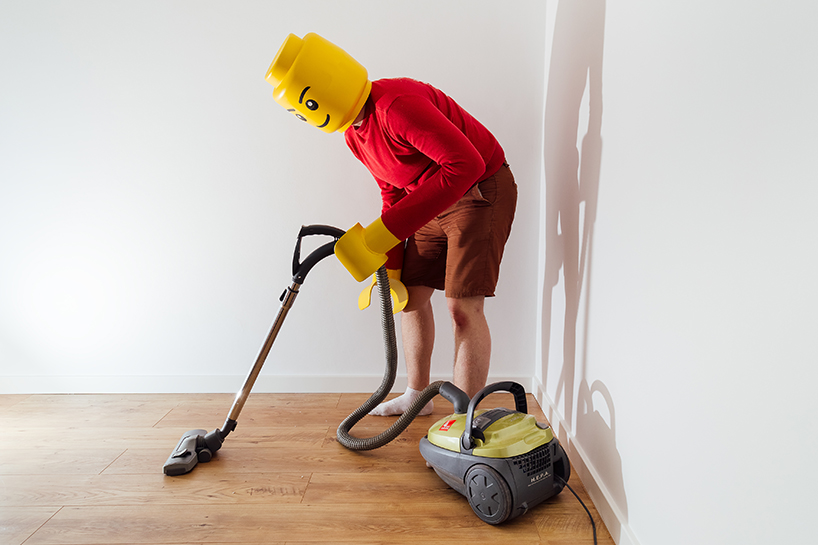 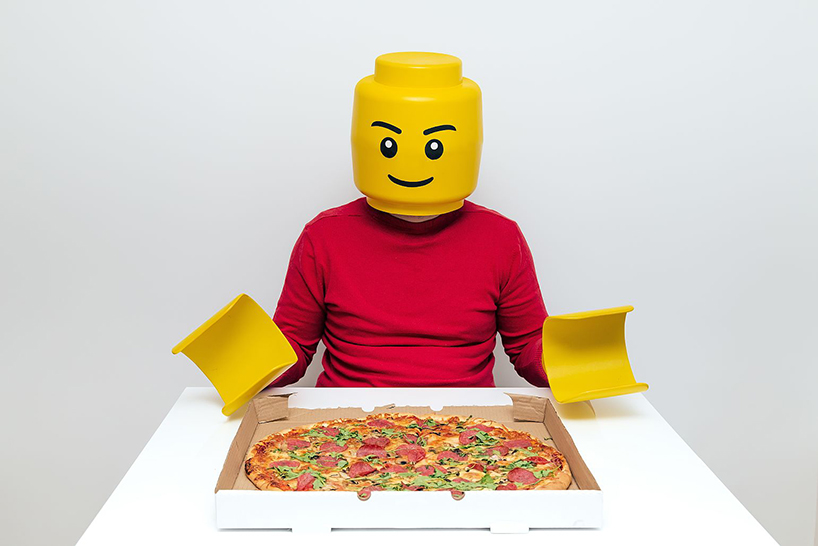 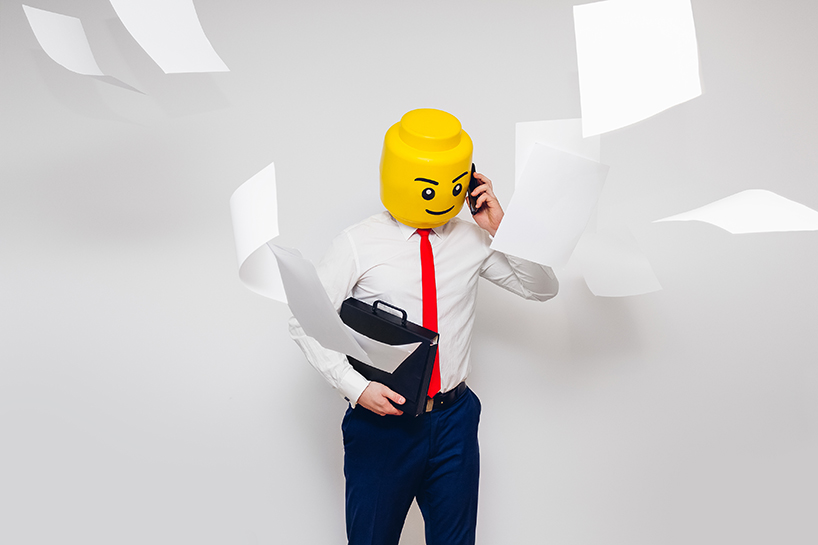 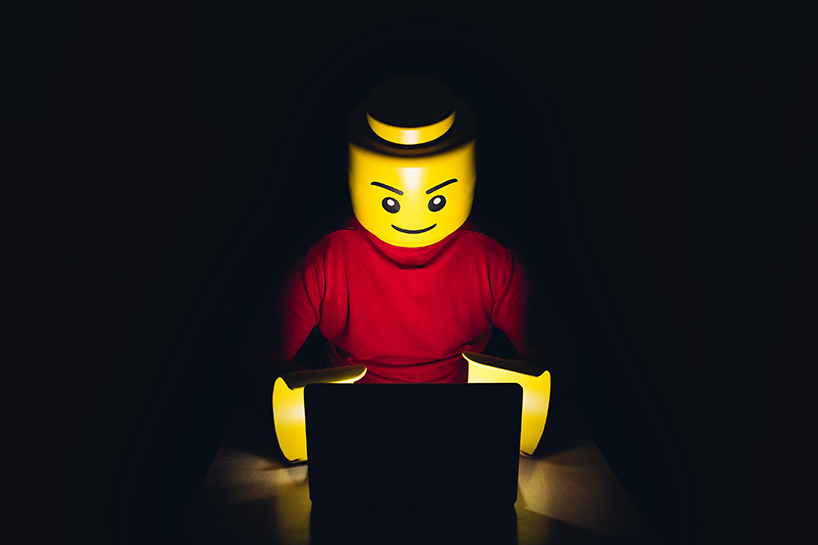 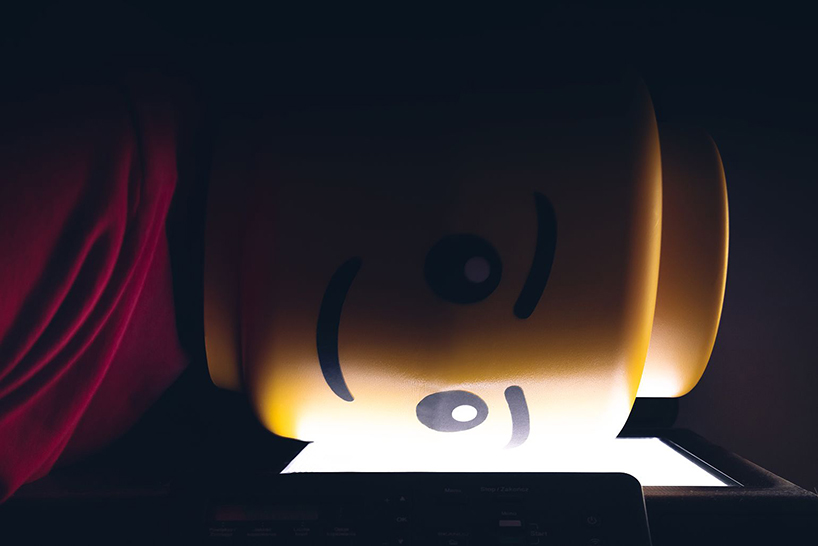 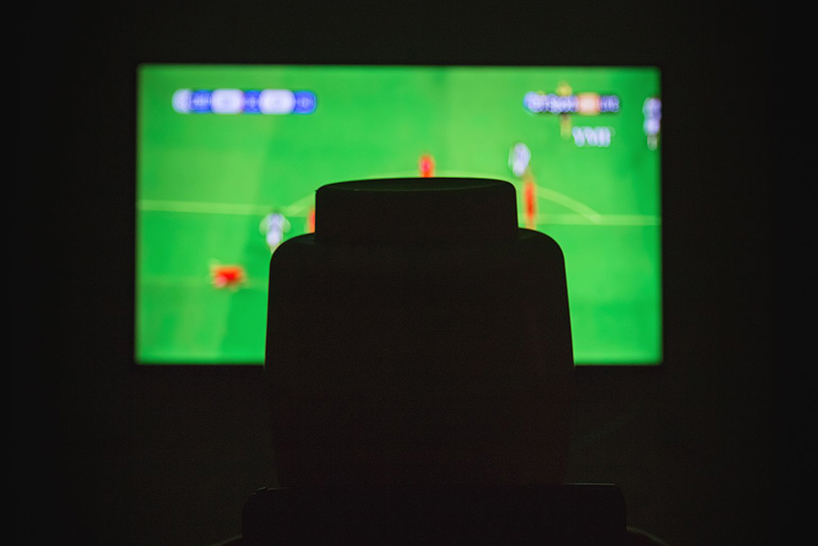 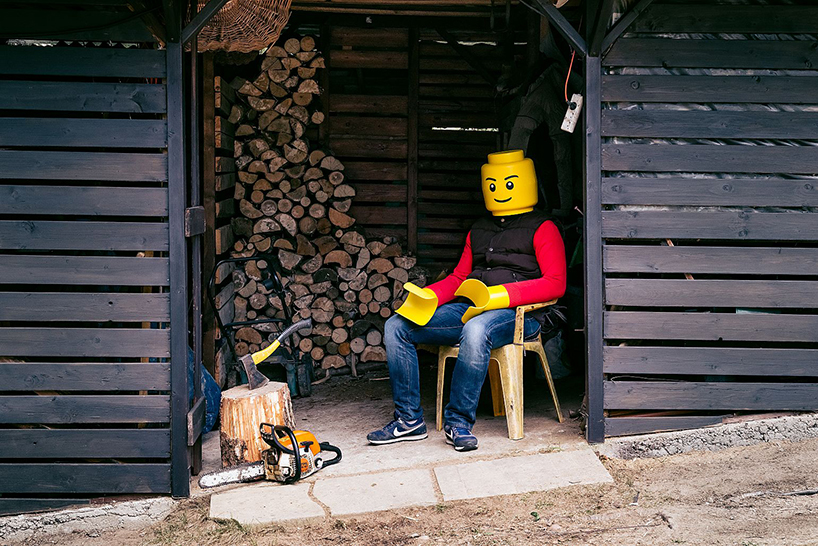 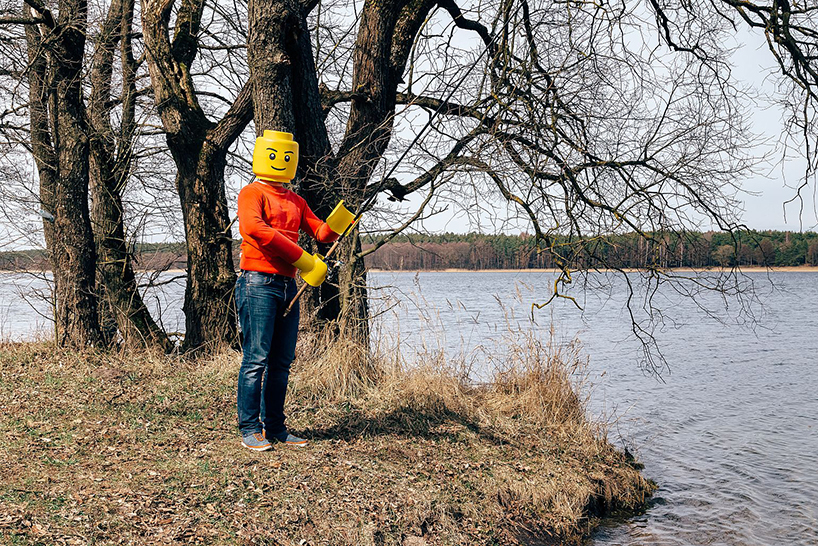 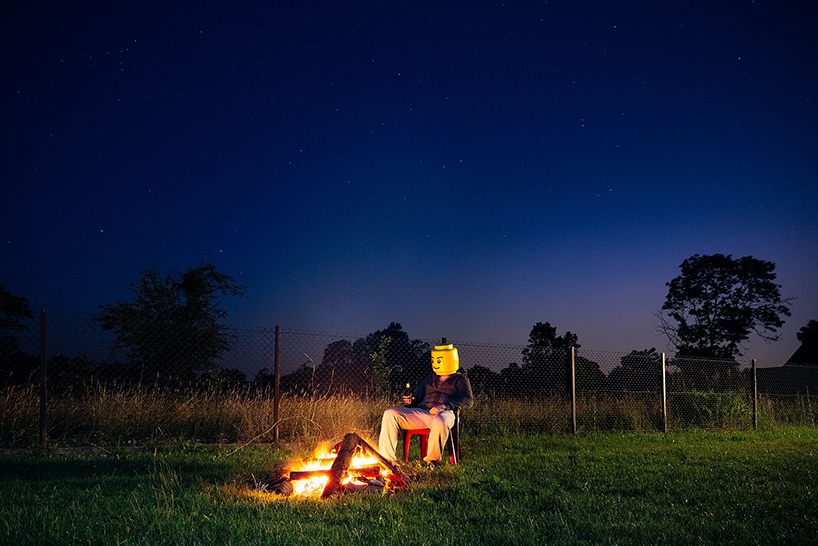 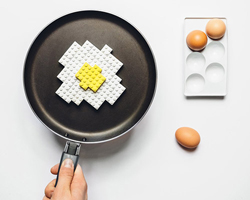