berlin-based artist michal zak has comprised a series of collages which visualize images of capital cities and major metropolises as destroyed scenes from a future, fictional war. the artist imagines ‘the end of eternity’ as a means of conveying how fragile peace can be, going on to describe how our relative sense of pacifism faces new threats every day. ‘the number of arms exporting countries is growing rapidly, the spread of nuclear weapons is getting unstoppable, tensions between east and west might lead to a new cold war, frustration, anger and populism is mounting among young people in europe.’ zak elaborates, ‘is there any chance that some form of global conflict is still possible? what scenarios could lead to global conflict on the scale of the world war III? do any still exist?’. 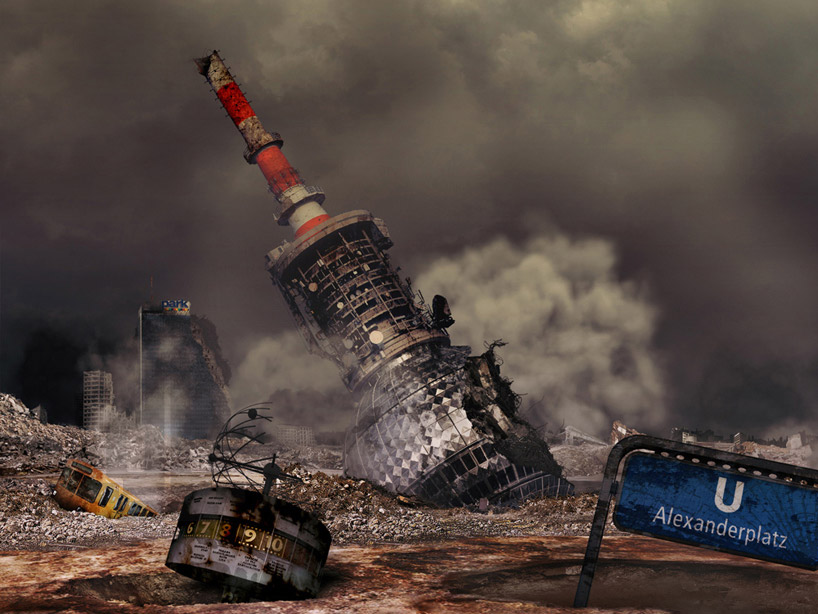 while the demolished head of new york’s iconic statue of liberty floats in the harbor, paris’ effiel tower is engulfed in flames and brussel’s atomium haphazardly teeters on its semi-destroyed legs. the devastated landscapes remind us of one we’ve seen in pictures from not-so-distant history, yet the modernity of the present-day cityscape eerily describes what world war would look like today. 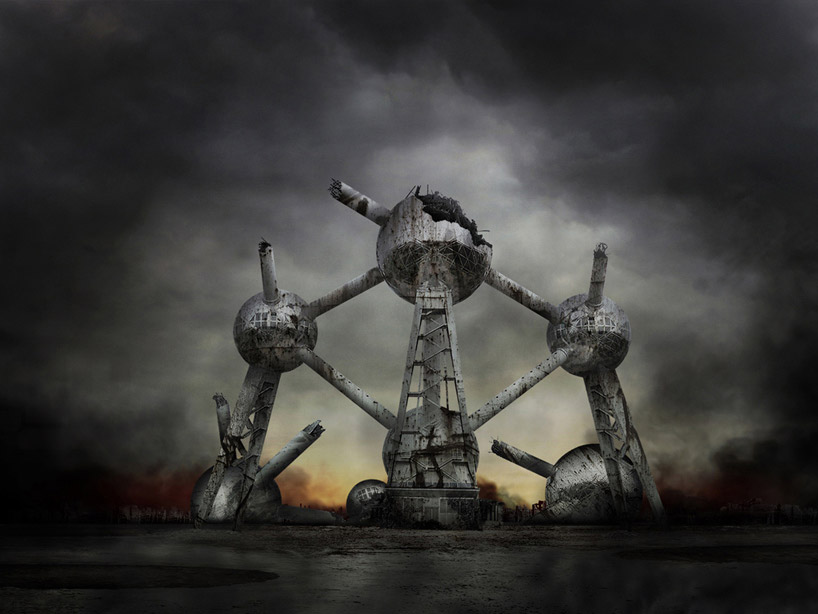 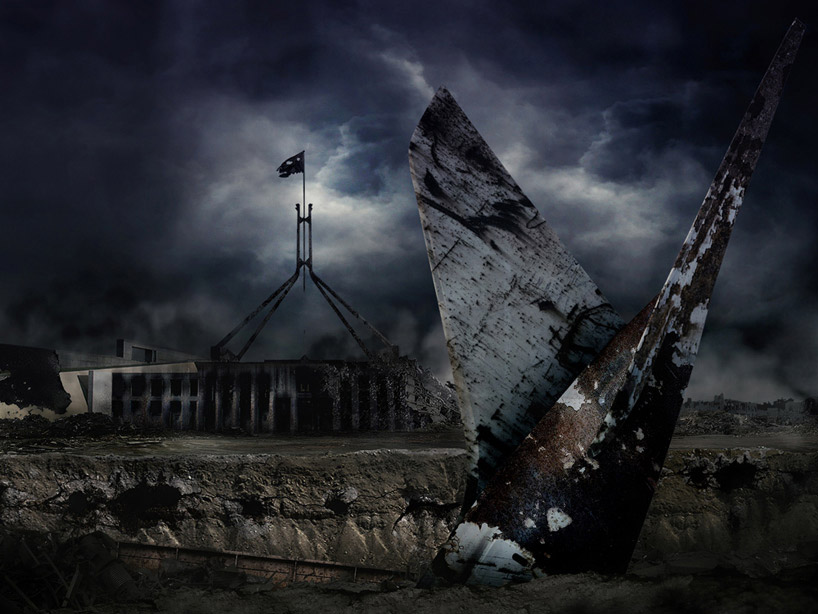 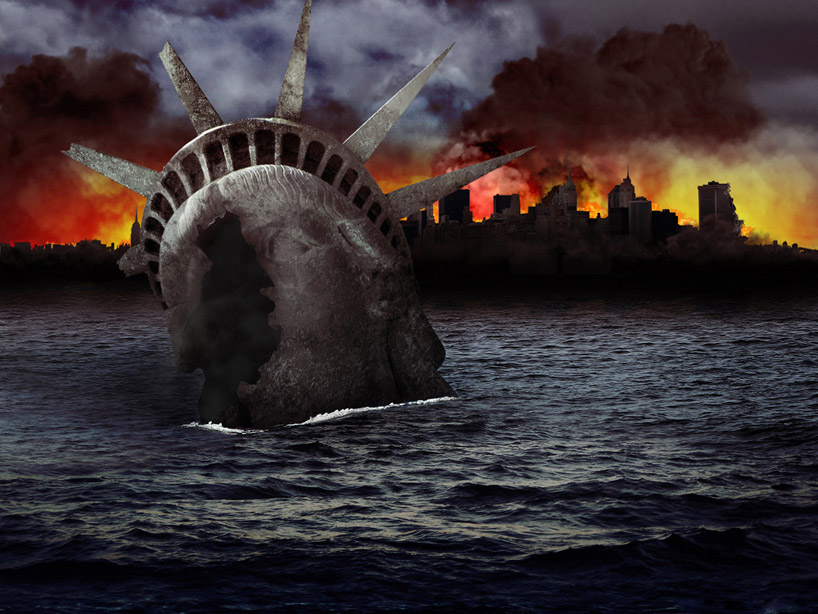 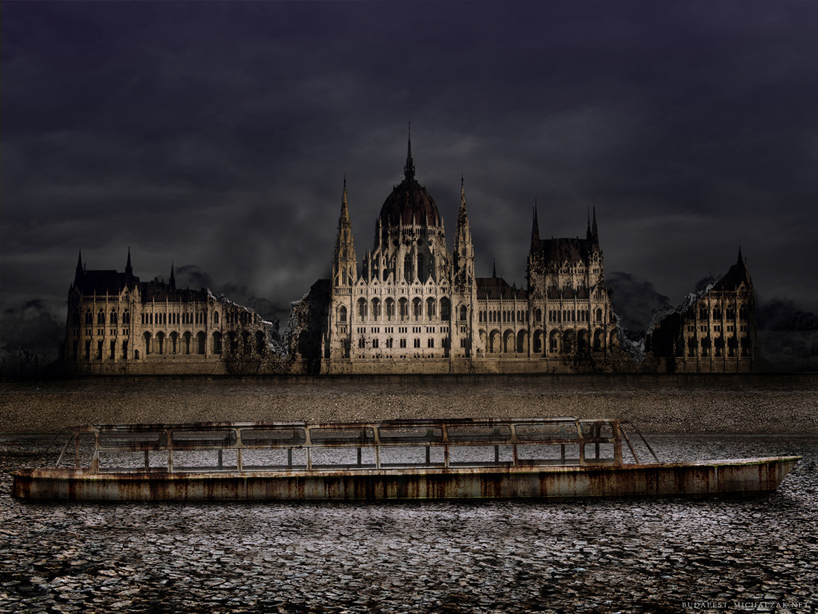 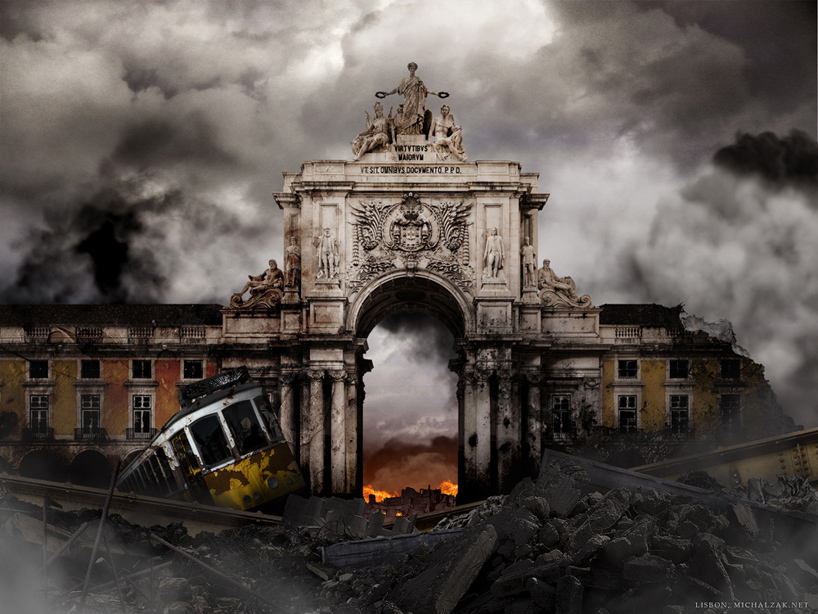 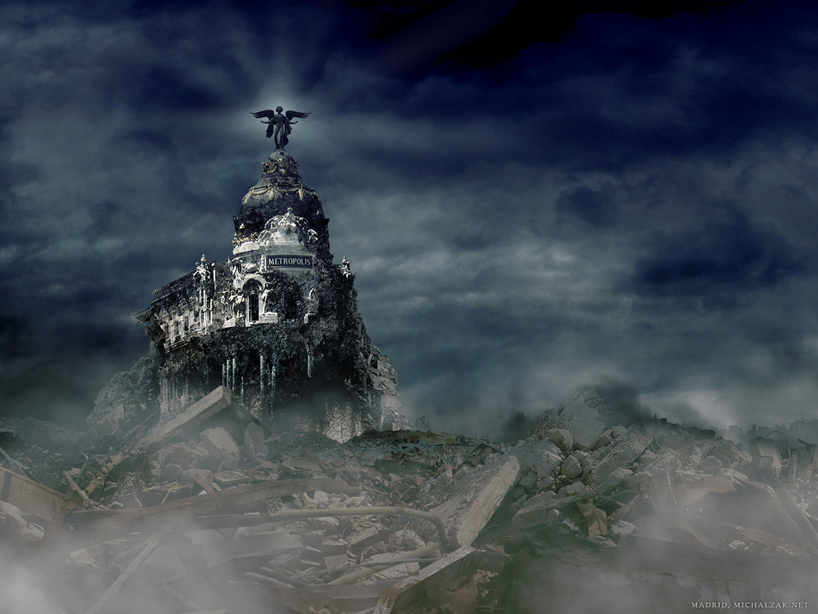 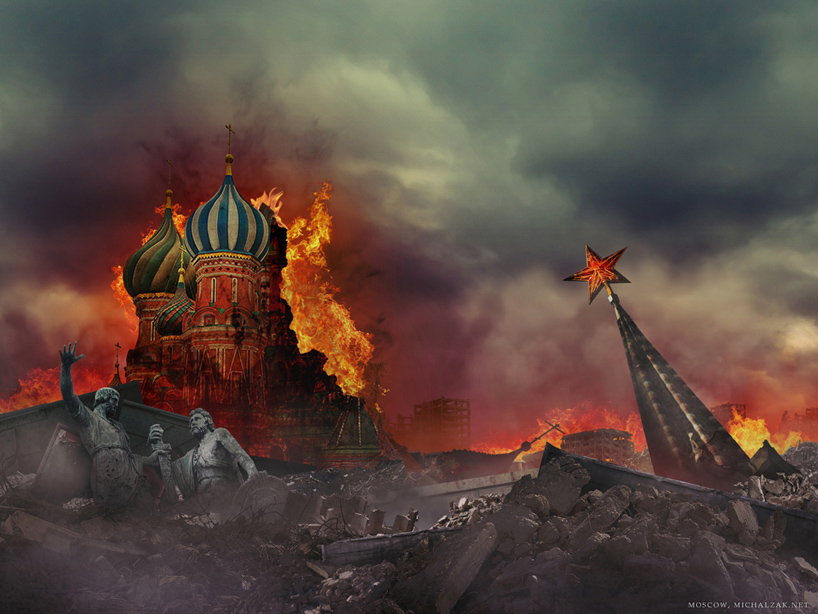 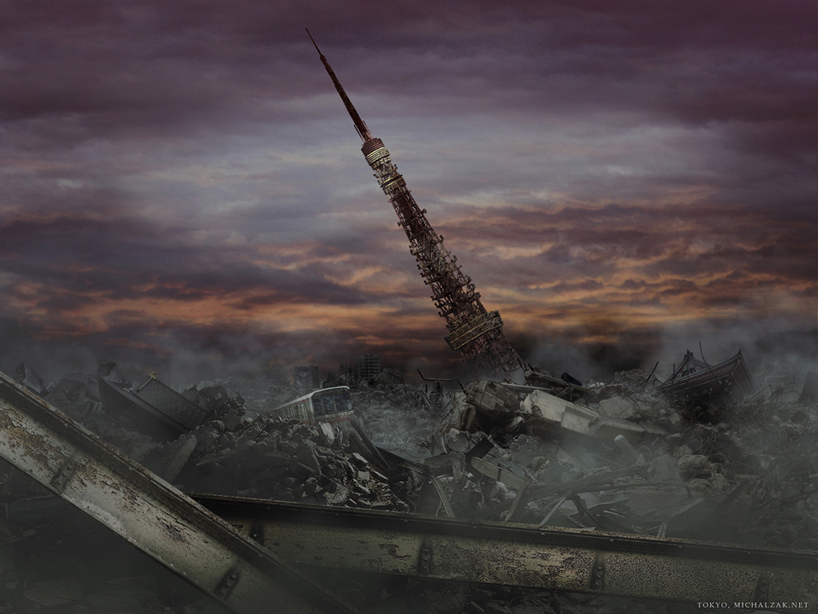 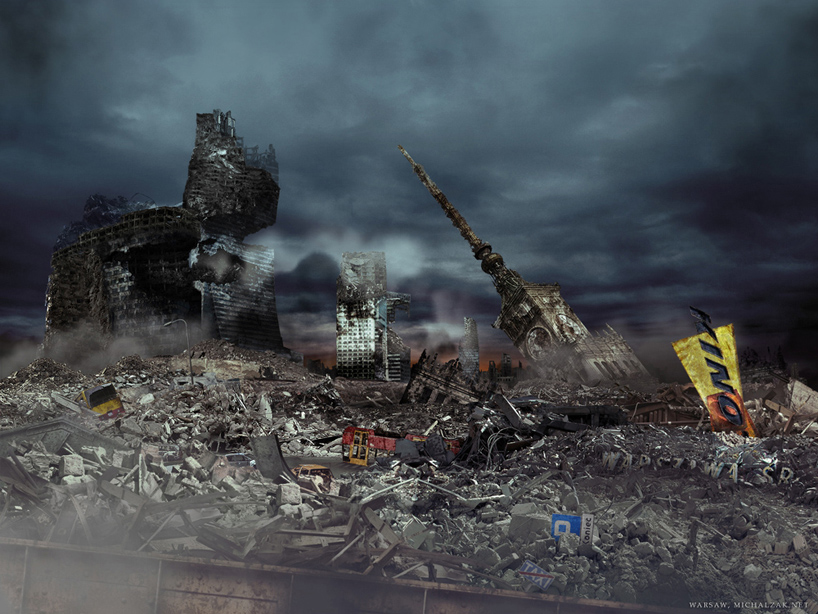