italian artist michelangelo pistoletto is currently showing at galleria continua, in beijing. the artist’s work makes use of mirrors or mirrored surfaces, often with paintings of life-size figures overlaid. the current show features a new body of works that display references to his past work while expanding on it. occupying the main exhibition space is ‘labyrinth’, a 5m white cube centered in a room filled with a corrugated cardboard maze. the white cube is lined with mirrors on its interior. 2100 meters of cardboard wee used to construct the piece. 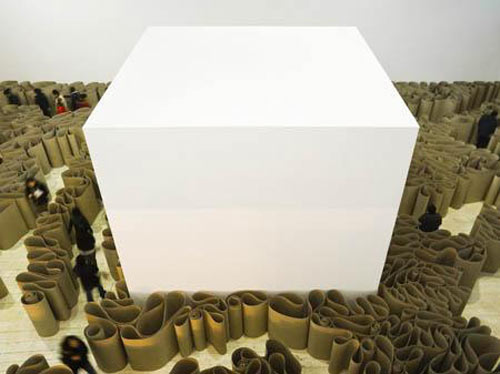 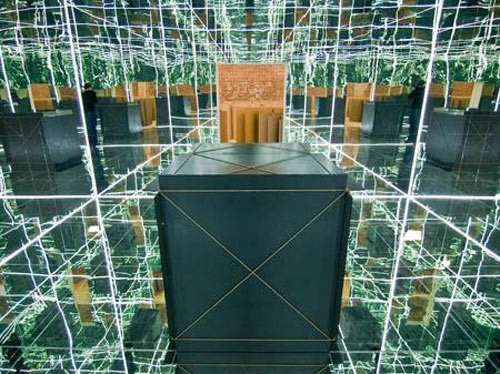 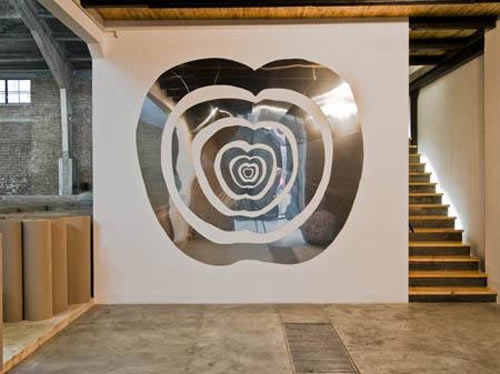 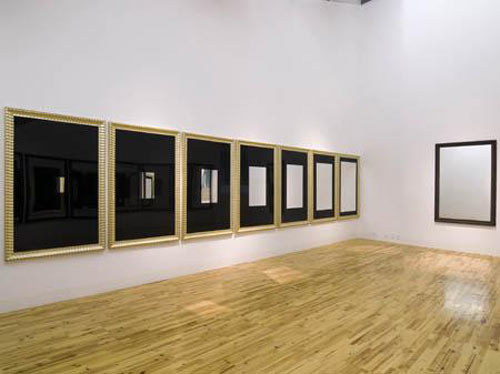 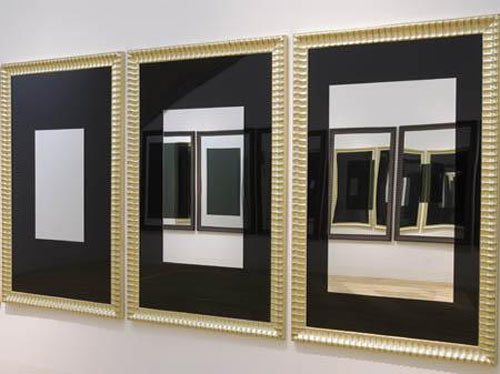 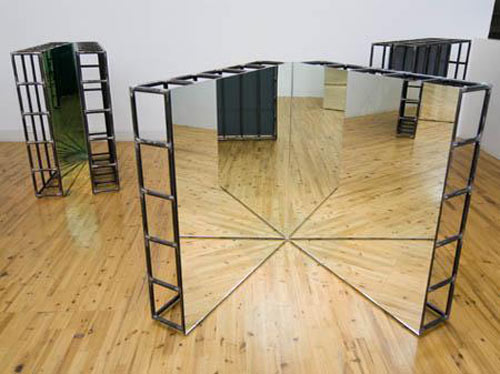