‘I, impostor’ by mike nelson for the venice art biennale 2011 image © designboom

representing his country at the venice art biennale 2011, artist mike nelson has created ‘I, imposter,’ an immersive installation for the british pavilion. based off ‘magazin: büyük valide han,’ a previous work commissioned for the istanbul biennial in 2003, the new adaptation blends layers of time and space by reimagining the history of a 17th-century roadside inn. designed to support mercantile trade routes across asia, north africa, and south-eastern europe, the space was palatial during its prime. however, at the time of his former installation in 2003, the location was a dilapidated complex for artist studios, slowly being priced out by gentrification.

the latest spatial reinterpretation therefore collapses time by integrating the 17th-century architecture with artifacts of the recent present, such as plastic furniture and an outdated television. displacing the installation from istanbul to venice also distorts perception of geography, but unites the two cities’ shared histories as former trade hubs. it is one of the most complex and costly presentations at the biennale, nelson, together with the british council, has spent more than 500,000 USD and employed a staff of six people, which worked on site for almost 12 weeks to convert the pavilion. 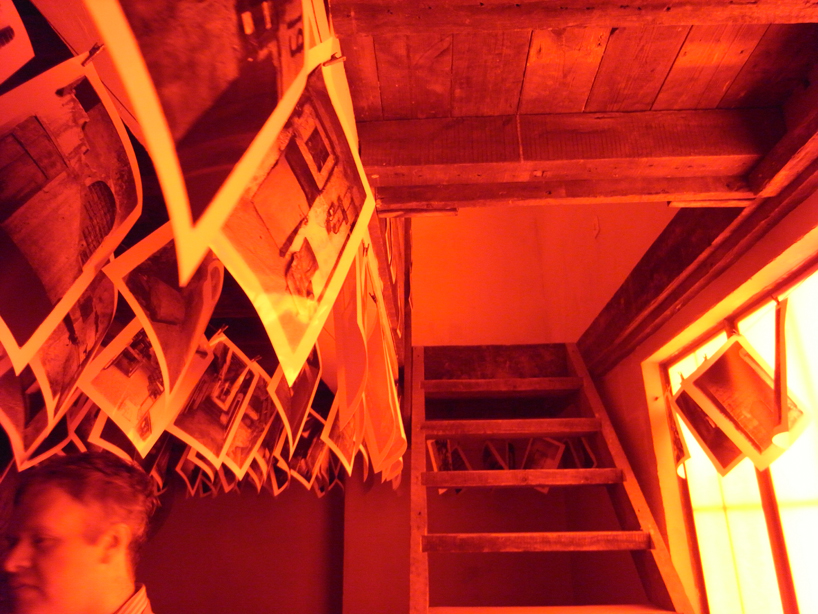 the work includes a recreated darkroom, which takes on added significance since the artist’s photographic memory was used to reconstruct the installation image © designboom 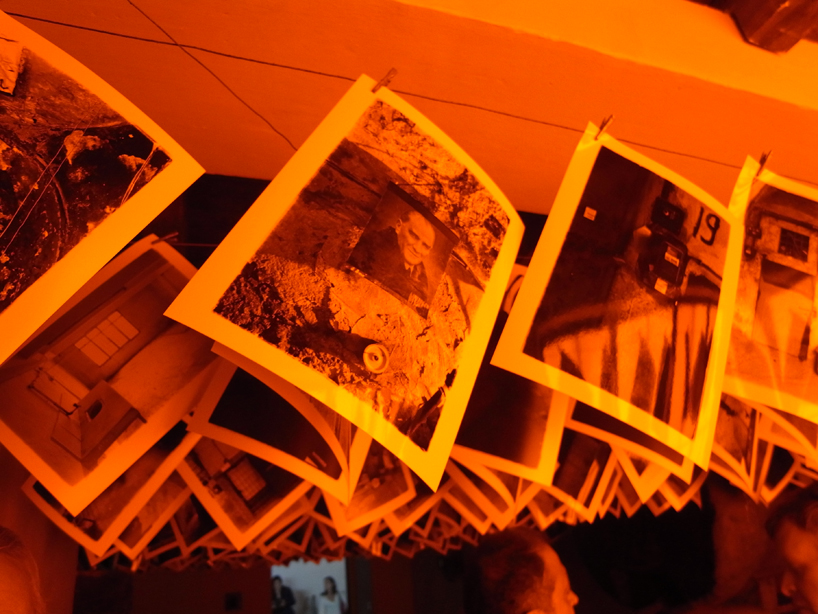 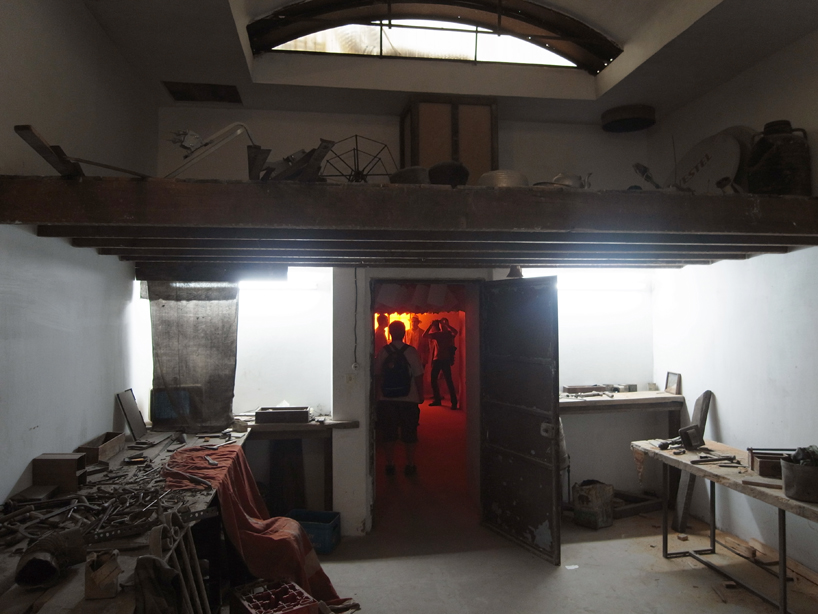 a loft above one entrance to the darkroom image © designboom 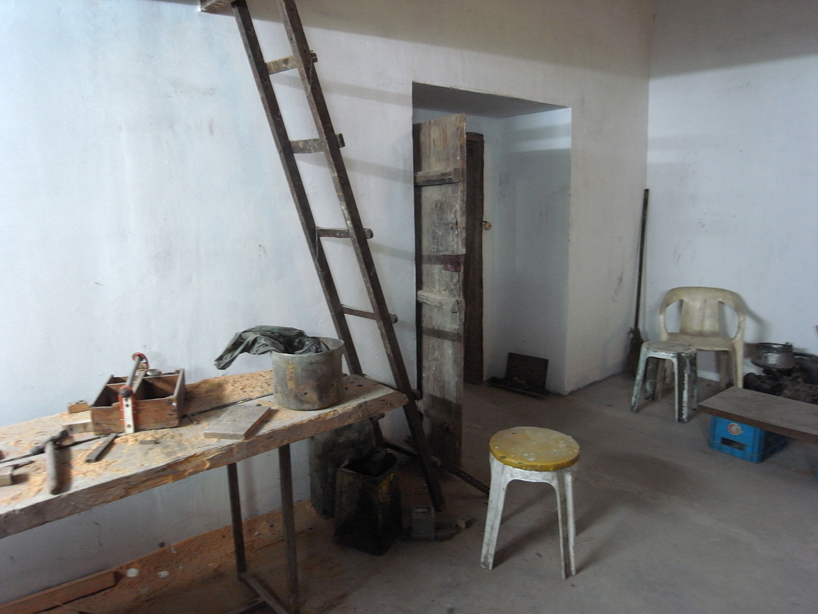 a ladder to access the loft, among other tools of the imagined artist’s studio image © designboom 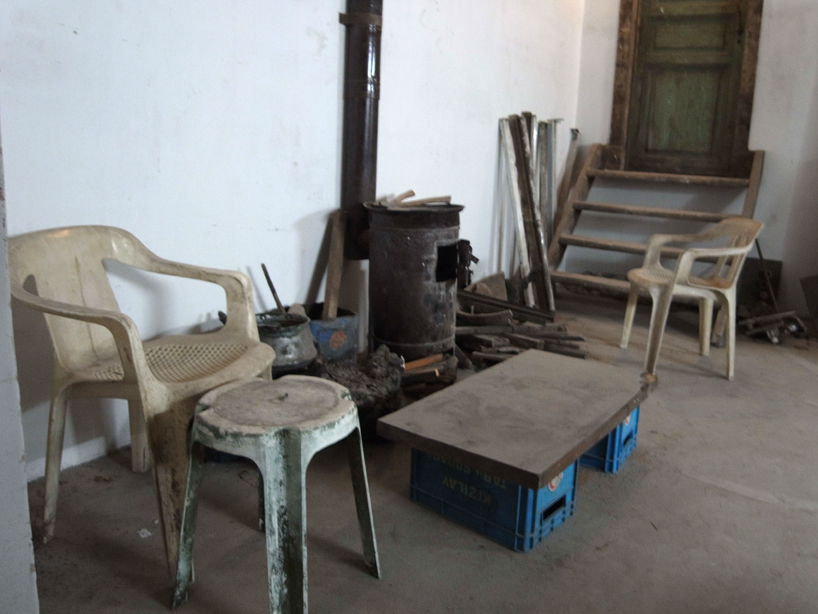 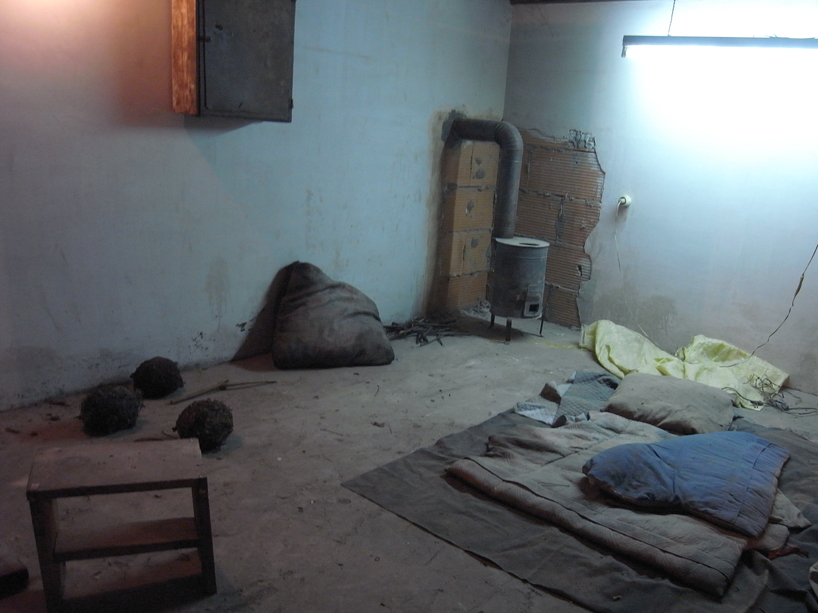 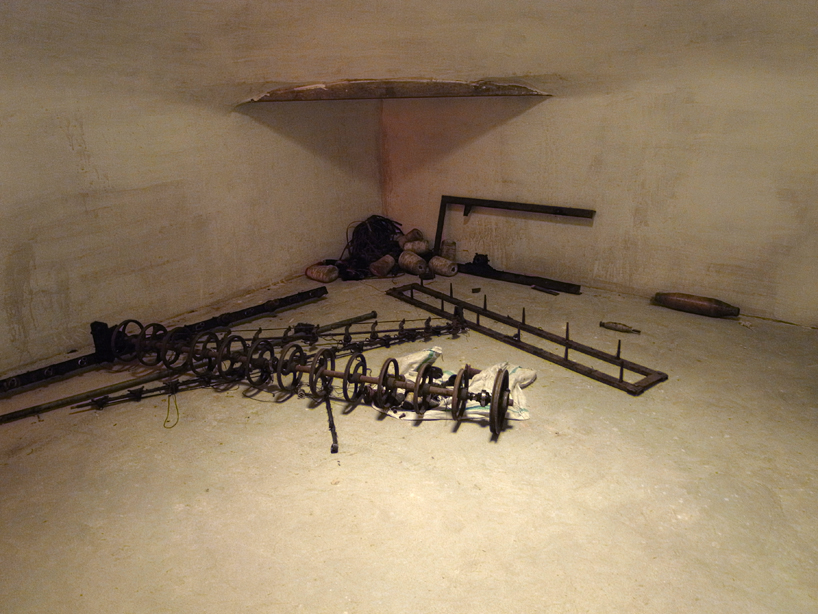 a dim and dusty room, which despite appearances was constructed at unprecedented cost image © designboom 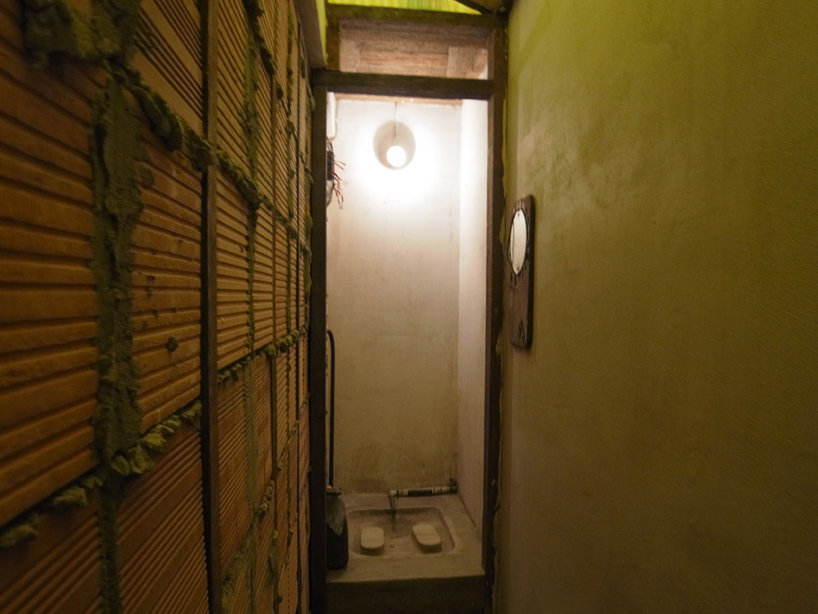 narrow hallways connect the disjointed rooms, calling for limited entry at a time but allowing intimate experiences of the work, a contrast to the crowds of other exhibitons and the biennale at large image © designboom 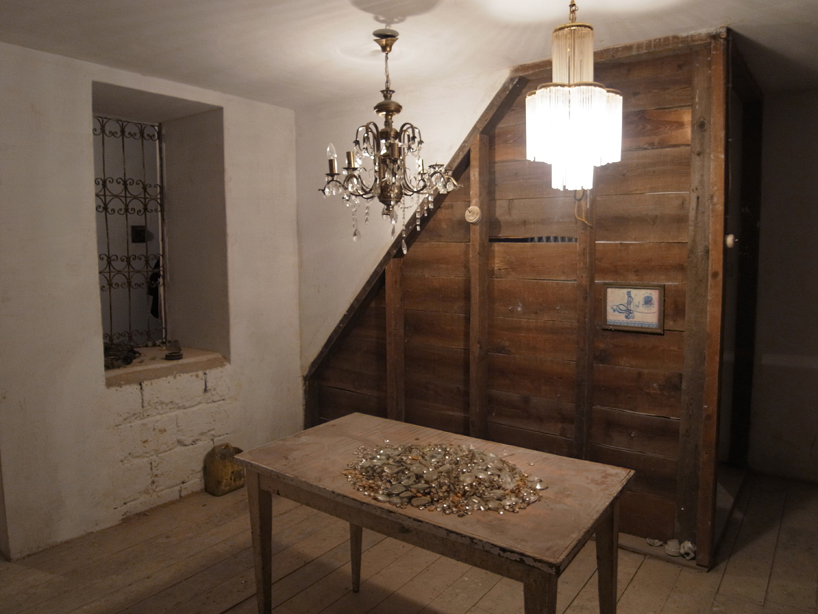 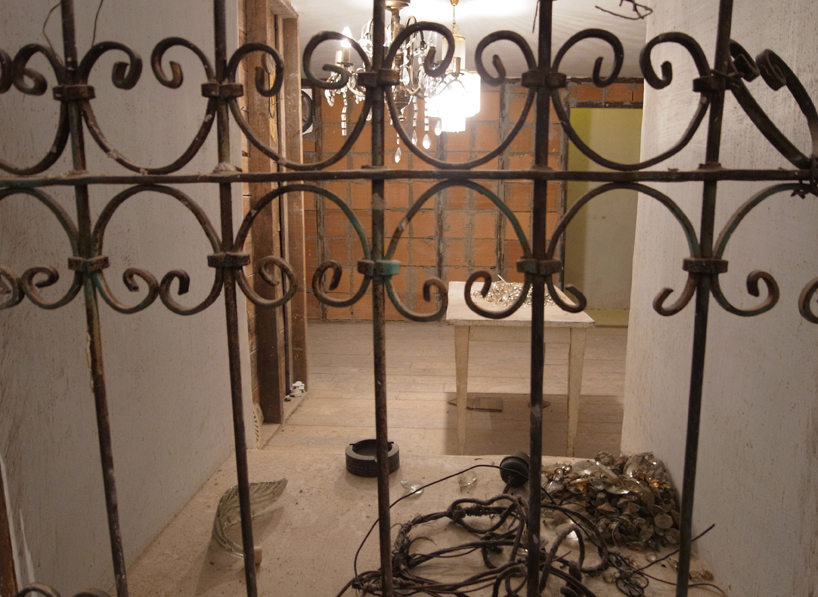 a facsimile of a semi-derelict ottoman building image © designboom 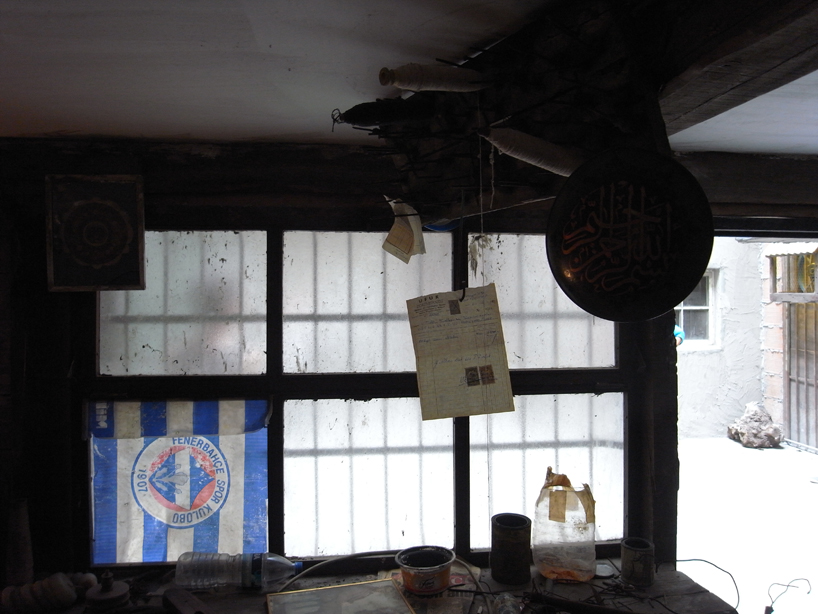 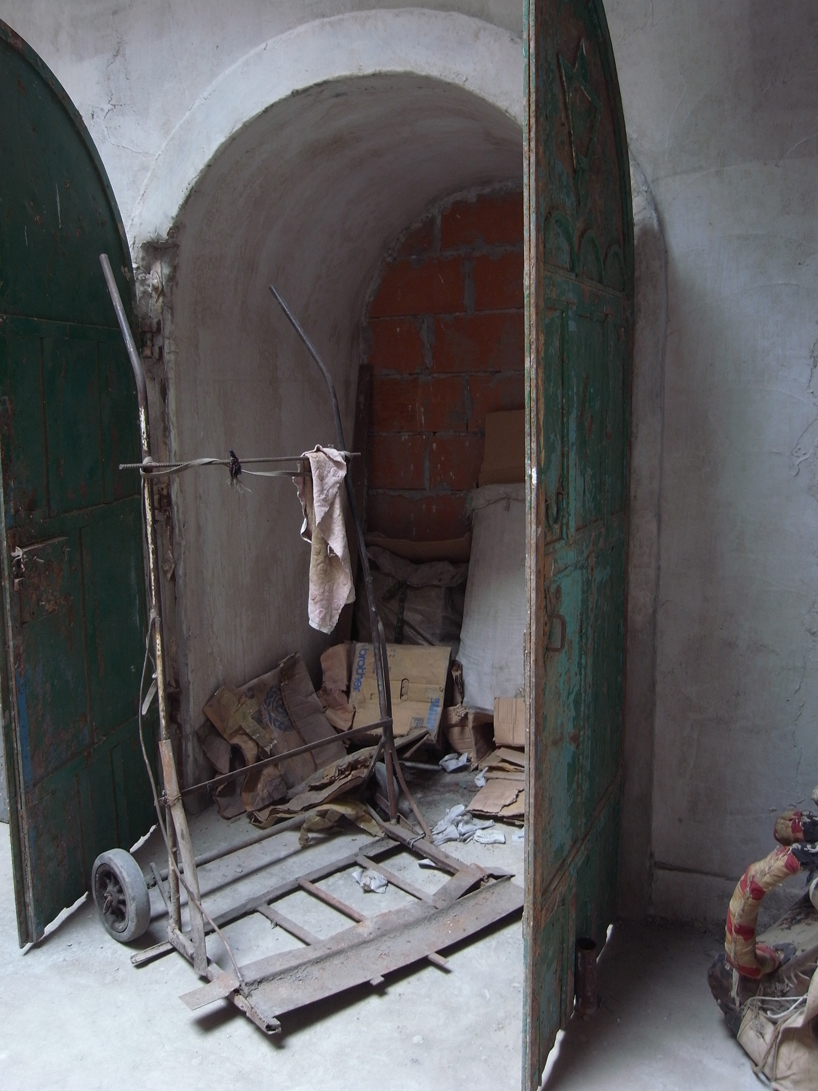 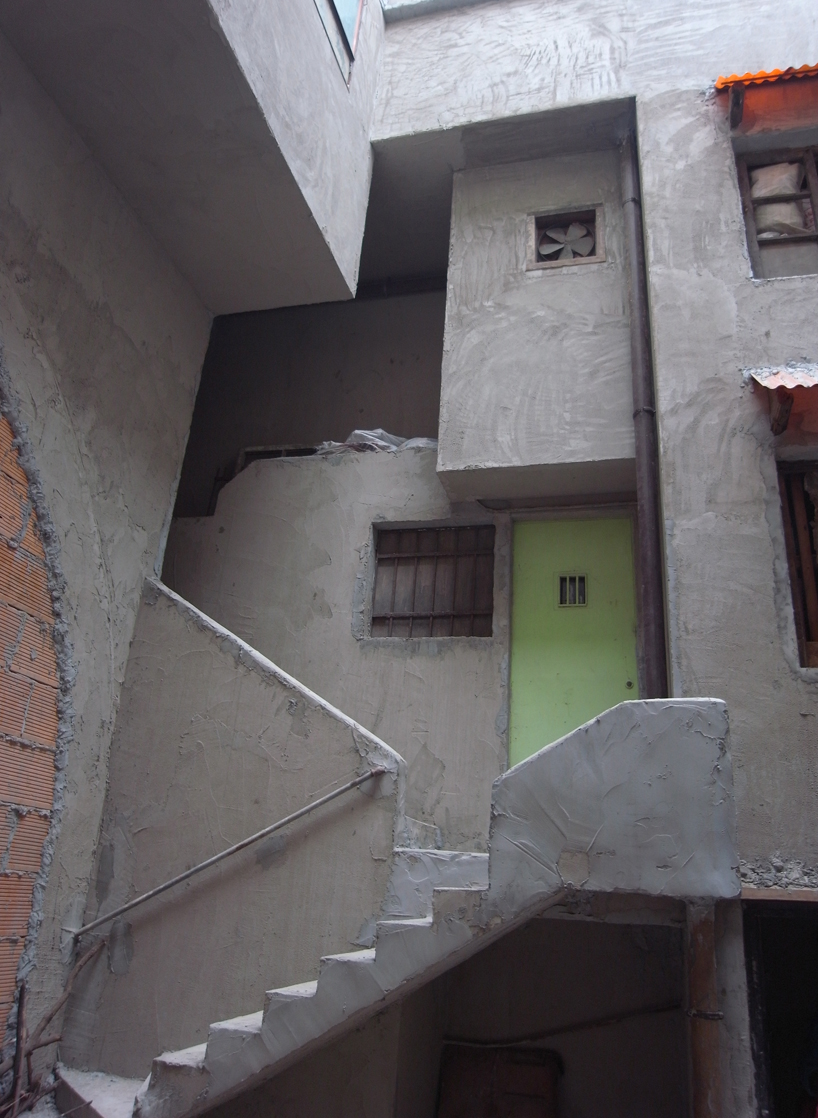 an existing skylight was removed to create this courtyard image © designboom 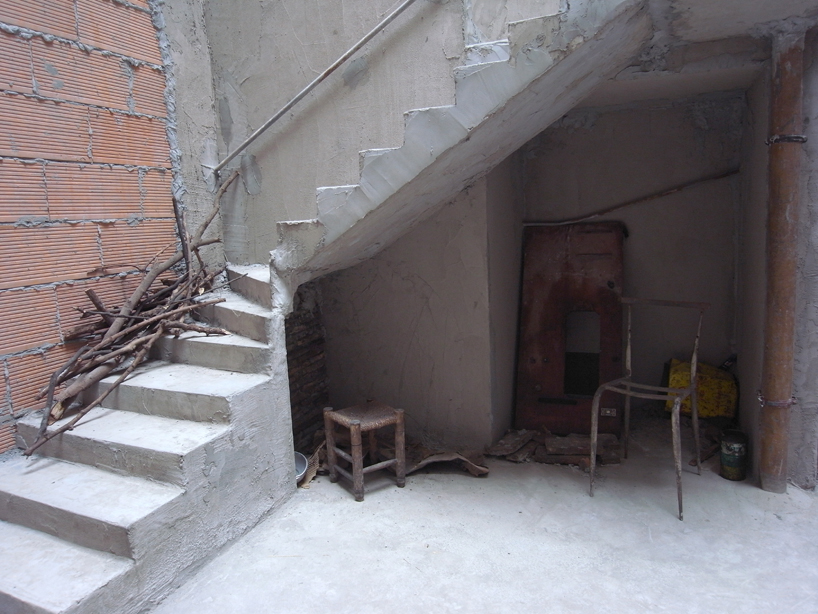 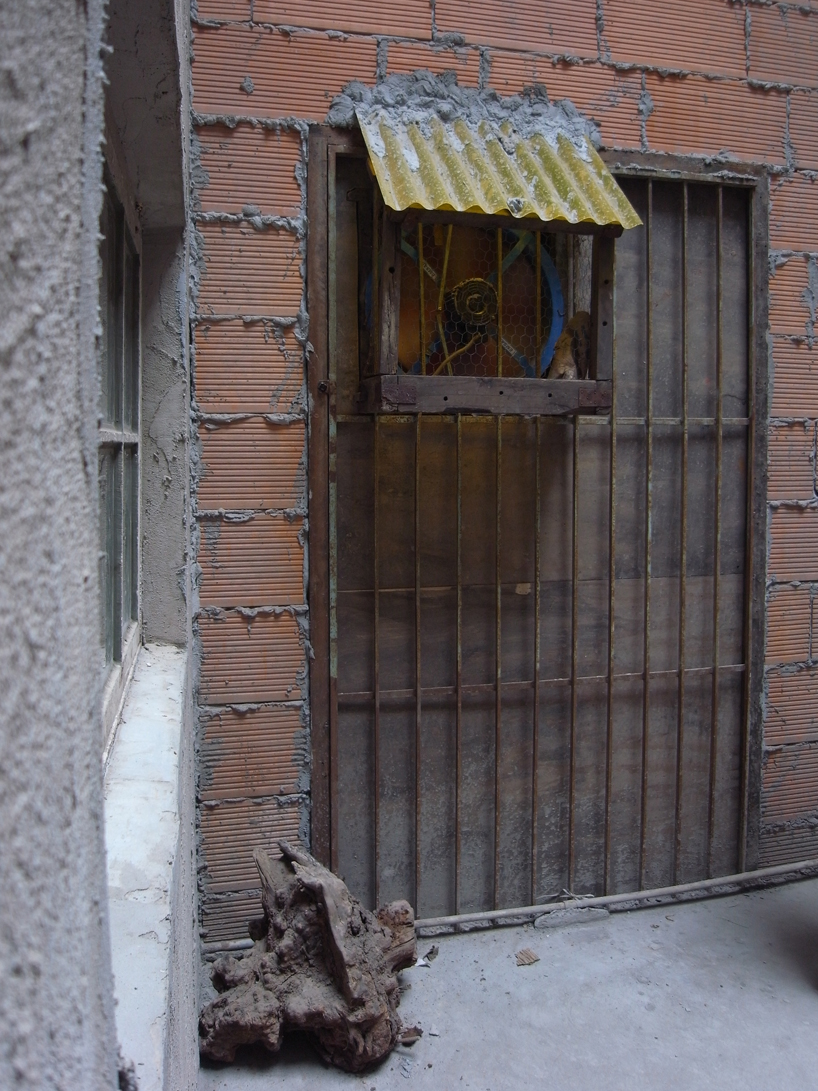 the british pavilion was commissioned by andrea rose and curated by richard riley. for more info, see a video on art newspaper. the 54th international art exhibition in venice, italy, runs until november 27, 2011. 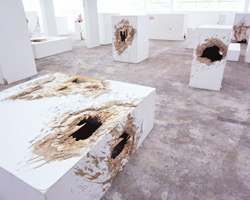