the digital animation ‘parametric expression’ features anamorphic figures displaying abstract adaptations of human emotion. amsterdam based interactive artist mike pelletier has explored quantified emotion — the technology that monitors the relative state of human beings, most closely associated with facial recognition software. the modeling and contouring of the renderings are accurately comparable to human ones but the digital manipulations they undergo make the eerie figures jarring reflections of humanity. the computer generated bodies are twisted and expanded, bearing devilish grins, glaring eerily at one another, and angrily approaching the viewer.

computer bodies interacting with each other 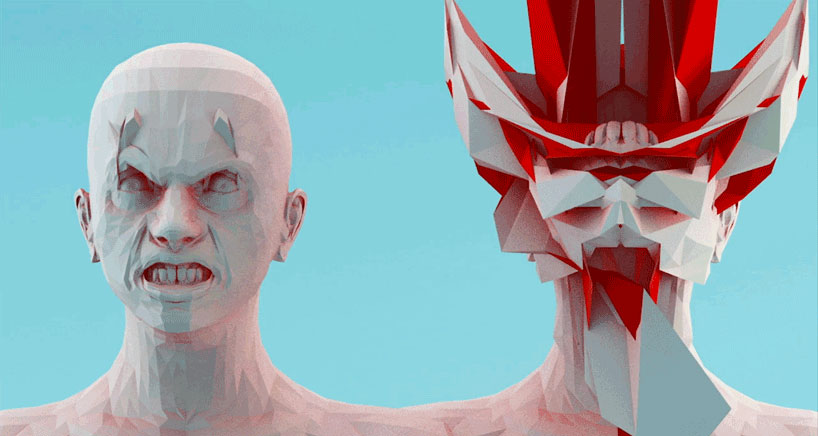 faces are digitally distorted in a devilish way 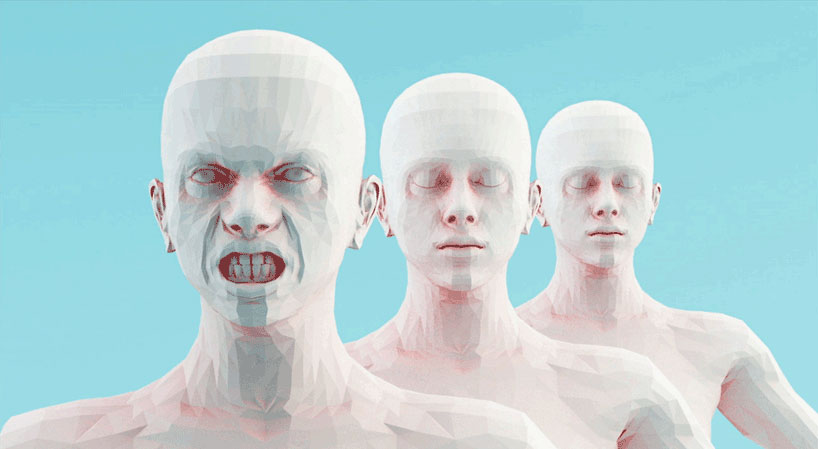 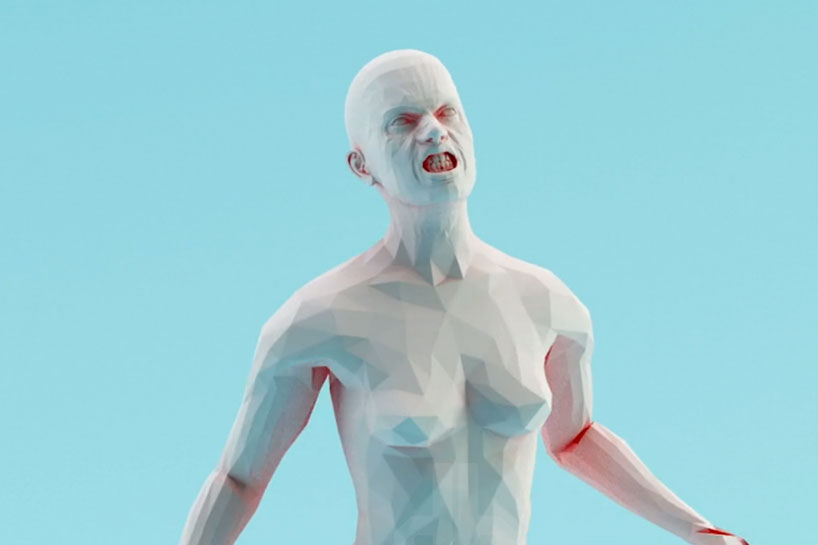 an enraged figure walks towards the viewer