on the occasion of the urban morpho genesis festival in russia, artist danila shmelev, AKA shozy, has recently completed a tromp l’oeil street mural on a concrete apartment complex in the city of solnechnodolsk. the piece generates a mind-bending optical illusion, appearing as a three-dimensional structure of added balconies, windows, and extra rooms when in reality it’s lying flat on the corner walls of the building. 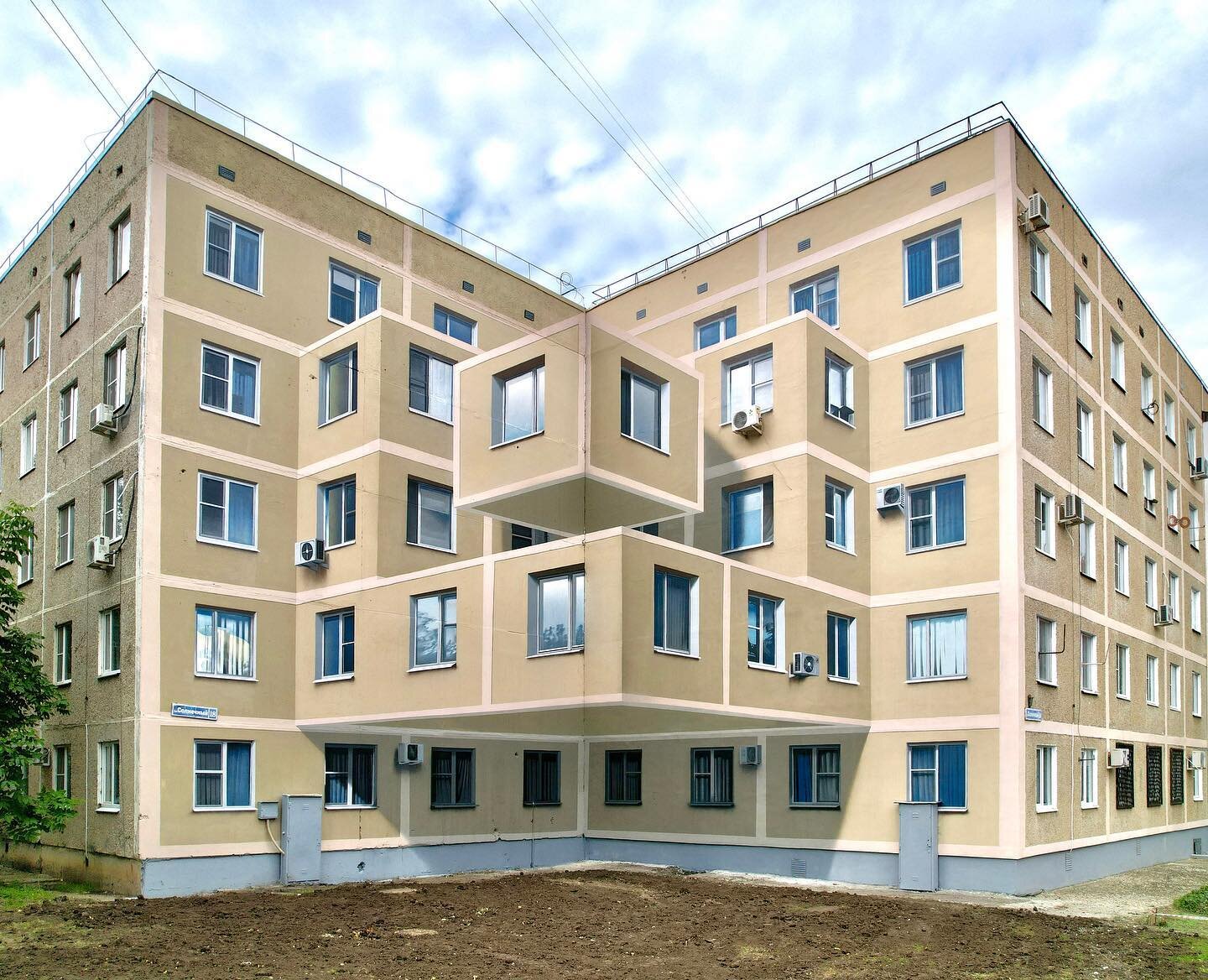 all images courtesy of shozy, unless stated otherwise

created for the urban morpho genesis festival, the artwork by shozy has made a great impression among locals, since it looks extremely realistic and it provides impressive visuals during day and night. the piece seeks to visually expand the pre-existing five-story structure with an illusory geometry. at first, passers-by might ignore the mural which camouflages itself into the familiar surroundings. at a second glance, viewers are forced to do a double-take and are surprised by the trippy piece which encourages them to really consider their surroundings.

‘in russia, we are all used to the architecture of panel houses. our eyes are so blurred that aesthetics are out of the question.’ shares the artist. ‘with my work, I want to focus the viewer’s attention on a familiar landscape and show it from an unusual side,’ he adds. 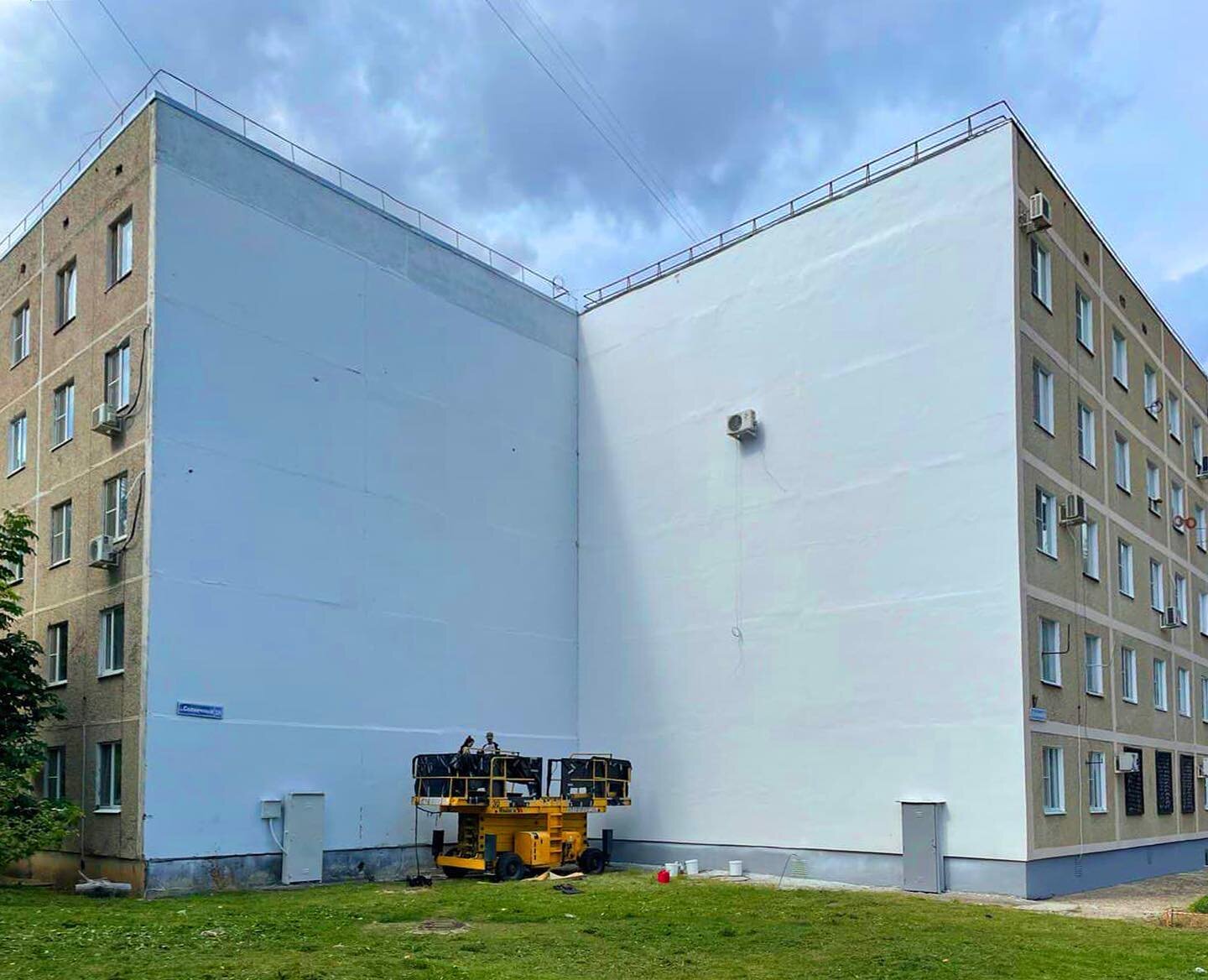 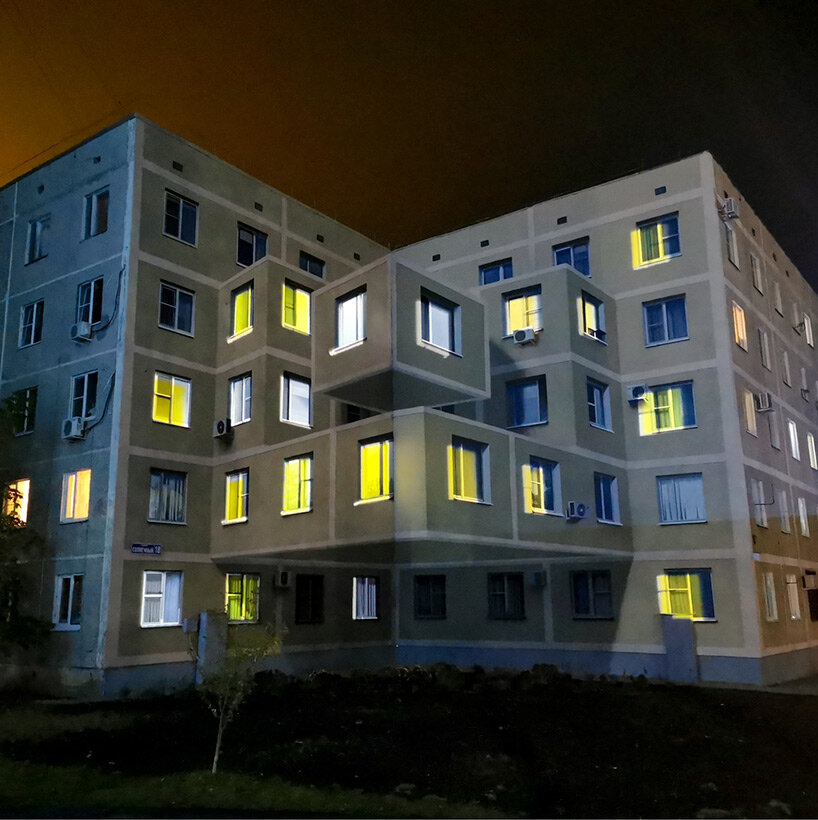