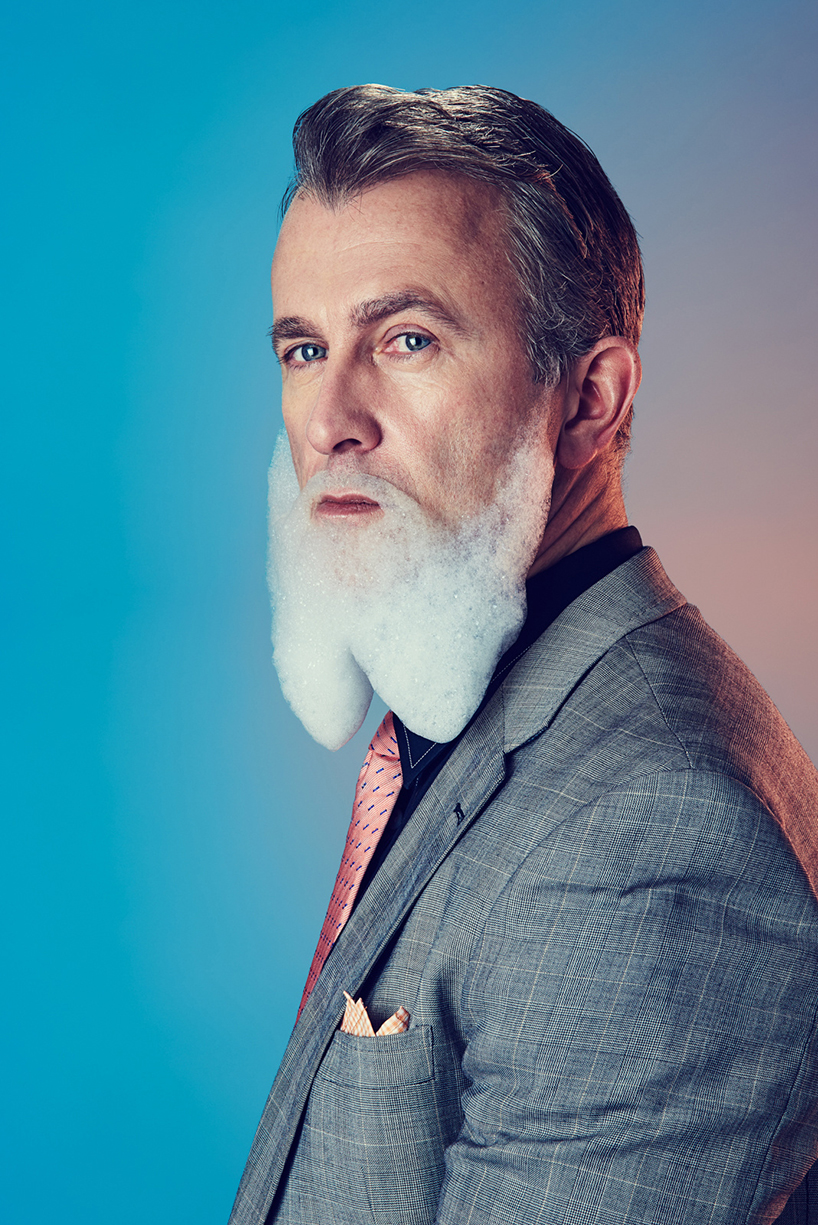 beards have clearly become somewhat of a ‘thing’ in recent years — on designboom, we’ve featured the ‘alphabeard’ by michael allen, a typeface shaved away from facial hair; ‘beard baubles’ to decorate your face like a festive tree; and photos from a moustache championship in portland, oregon.

as a visual narration of modern man’s obsession with facial hair, new york city-based photographer mindo cikanavicius turns beards’ synonymous theme of masculinity on its head through the series ‘bubbleissimo’. a hybrid between the english word ‘bubble’ and the italian suffix ‘issimo’ — meaning extremely, or a lot — the very foamy series sees stoic portraits of smartly-dressed men sporting stubble made of soap. ‘the bubble soap beards and mustaches were applied to show how fragile manliness can be in today’s society,’ cikanavicius explains. 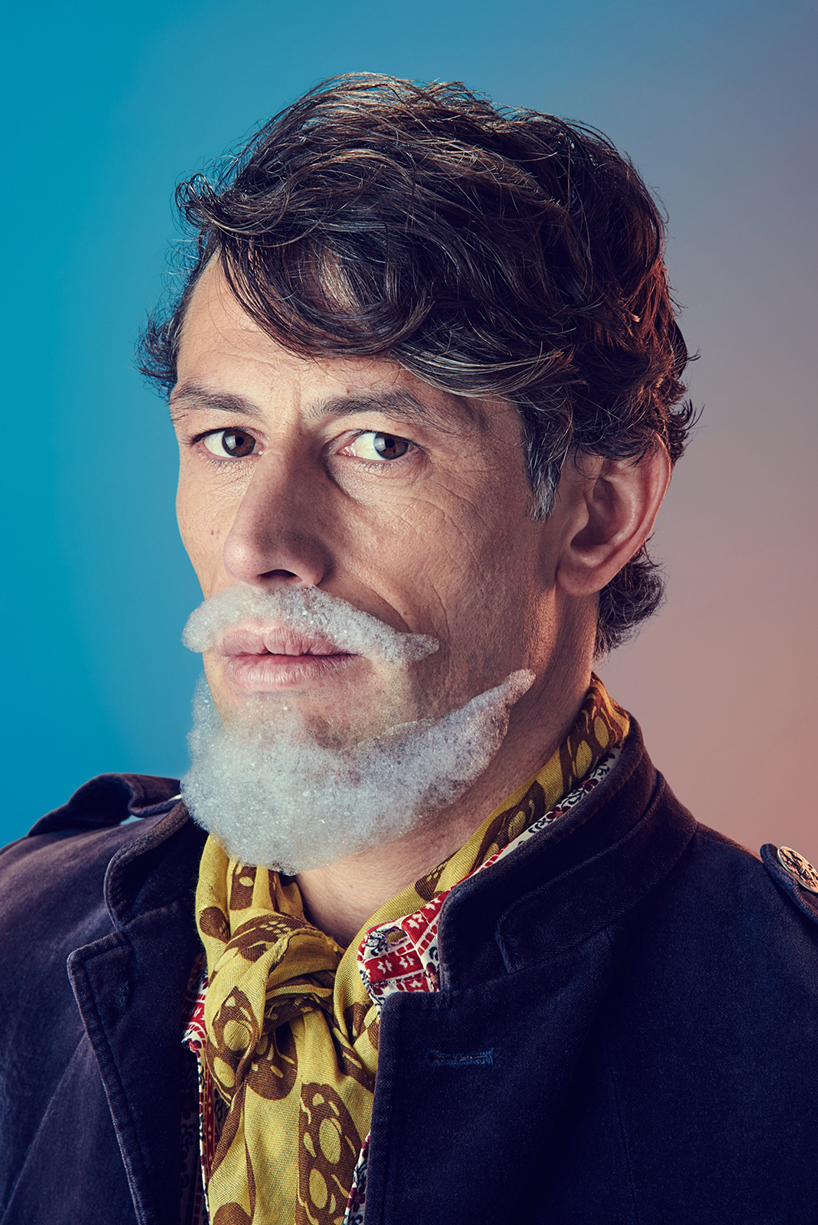 a mustache is made using sculpted foamy soap suds 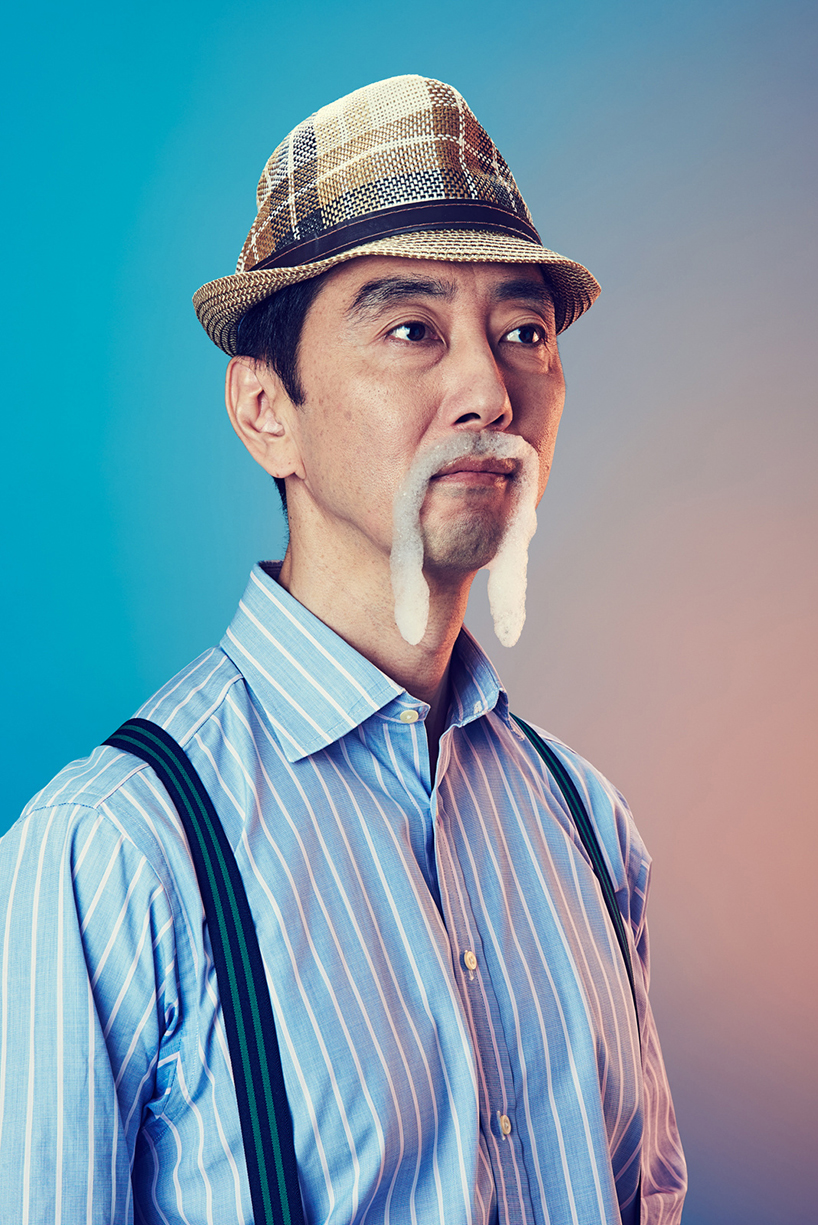 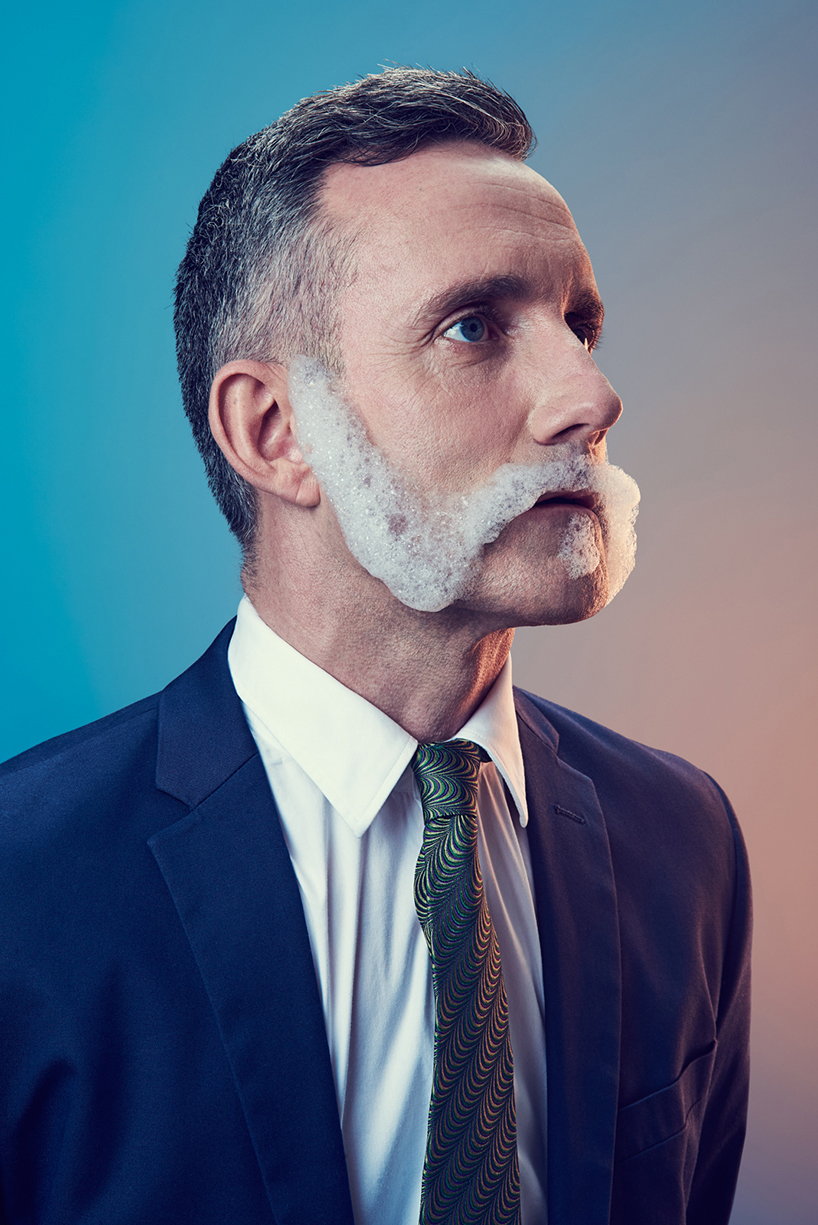 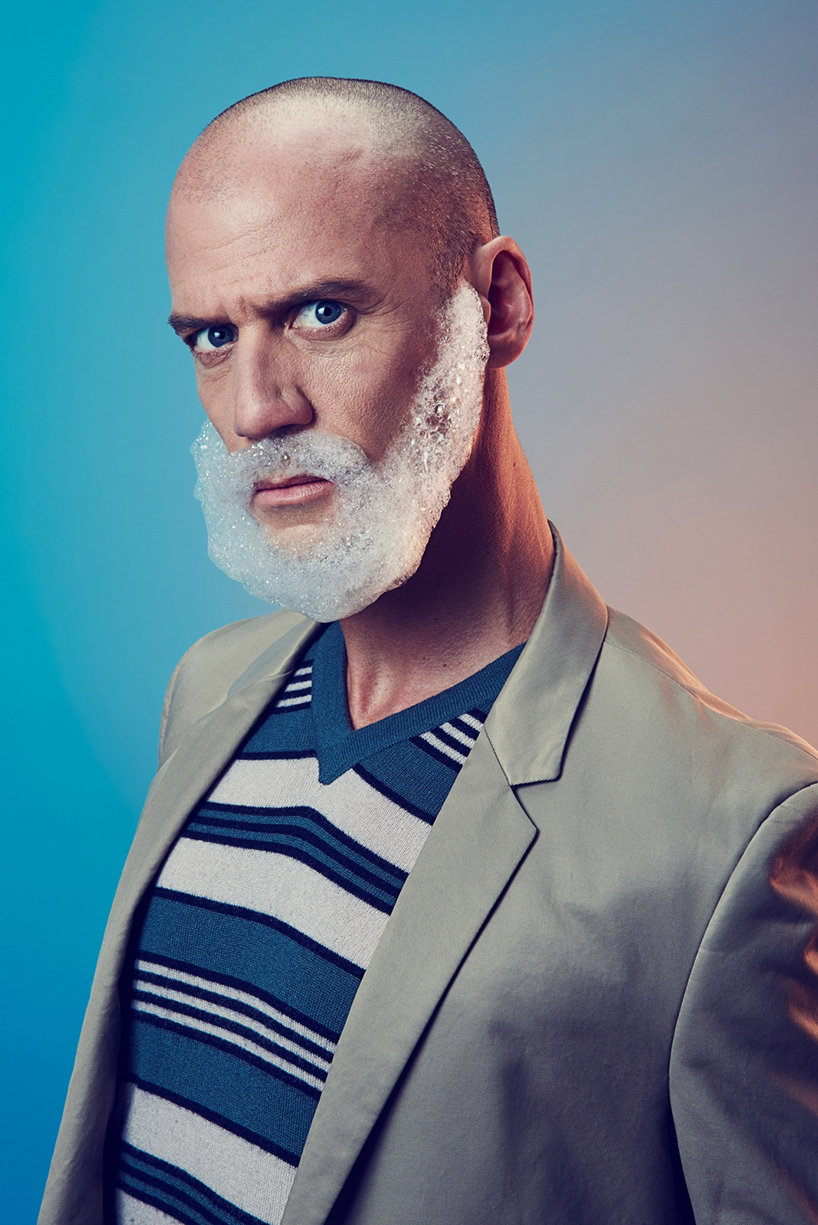 a burly beard bubbles up around the figure’s face 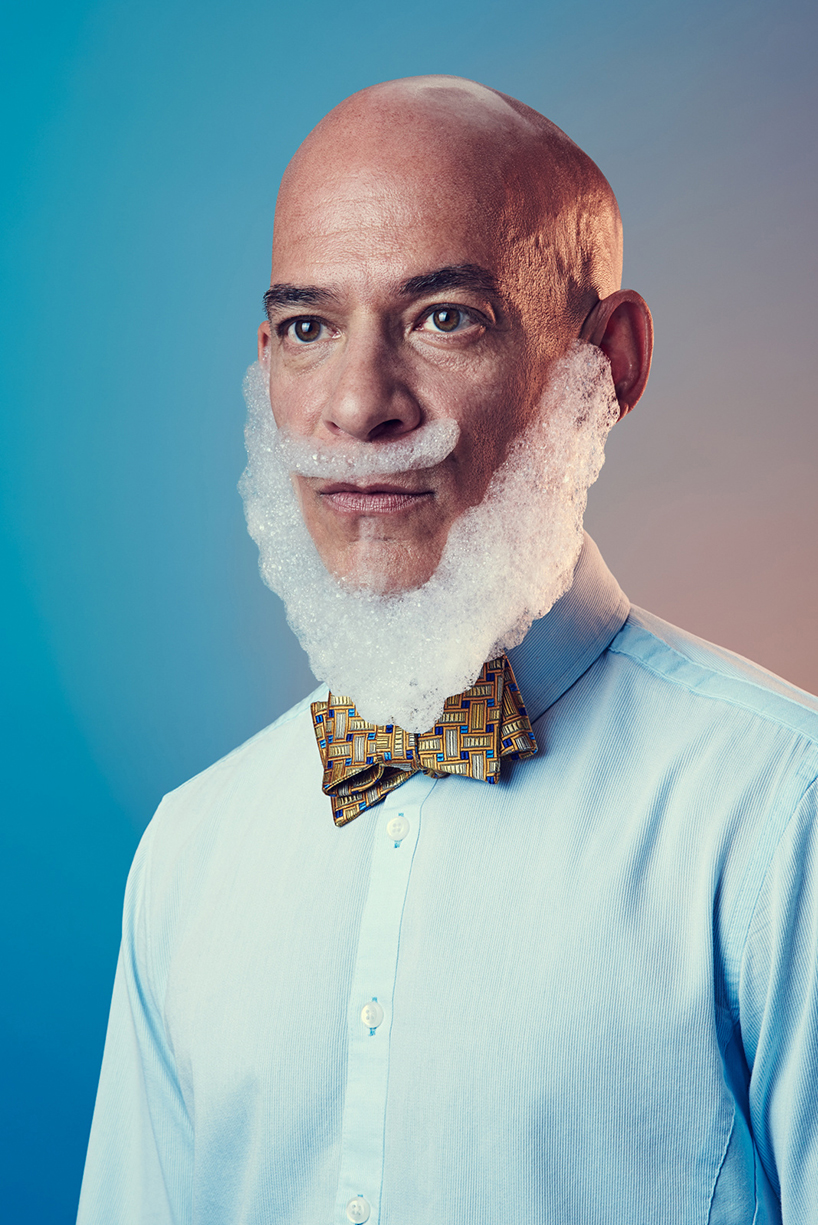 a smartly-dressed man sports stubble made of soap 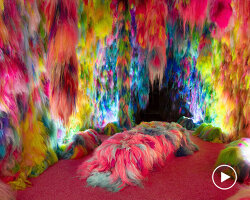 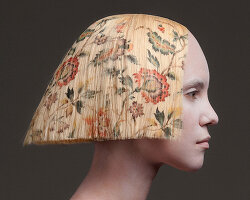 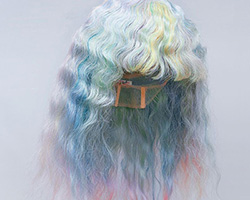 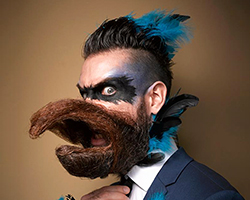