‘exotic pets’ by christopher boffoli, 2012 all images courtesy of the artist

christopher boffoli has shared with designboom his most recent pieces of his still-life photographic and small-scale sculpture series, ‘big appetites’. each artwork of the collection features miniature figures engaged in a theatrical moment within a food formed landscape. the seattle-based artist informed us that the origin of this particular artistic venture was born from ‘a lot of the media I was exposed to as a child.  there were so many films and television shows that exploited both the dramatic and comedy potential of a juxtaposition of different scales:  tiny people in a normal-sized world. it is a surprisingly common cultural theme going back all the way to jonathan swift’s gulliver’s travels in the 18th century and perhaps earlier‘. the collection of images exudes an imaginative quality, as each photograph draws from a child-like understanding of objects in the world understood in entirely disproportional scales. the incredibly small figurines developed by boffoli for each scene are each painstakingly crafted in their diminutive forms in the artist’s continued exploration of his childhood affinity for ‘tiny, meticulously detailed things‘. 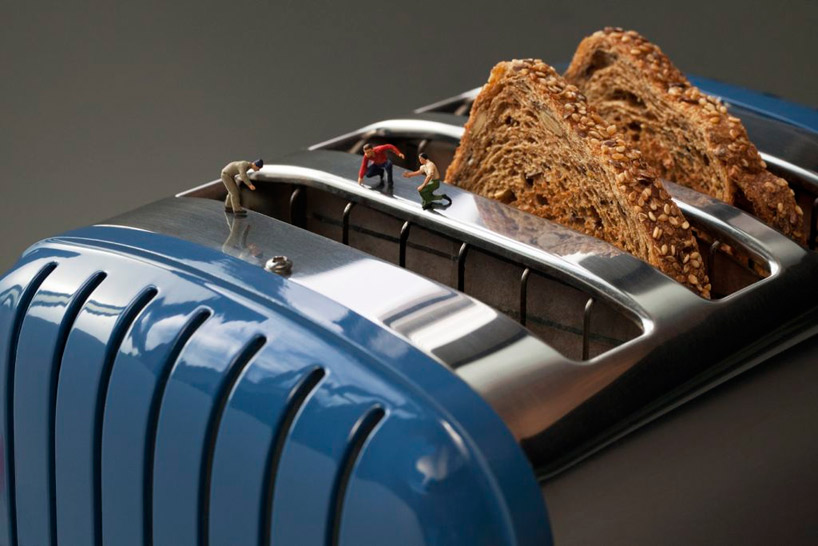 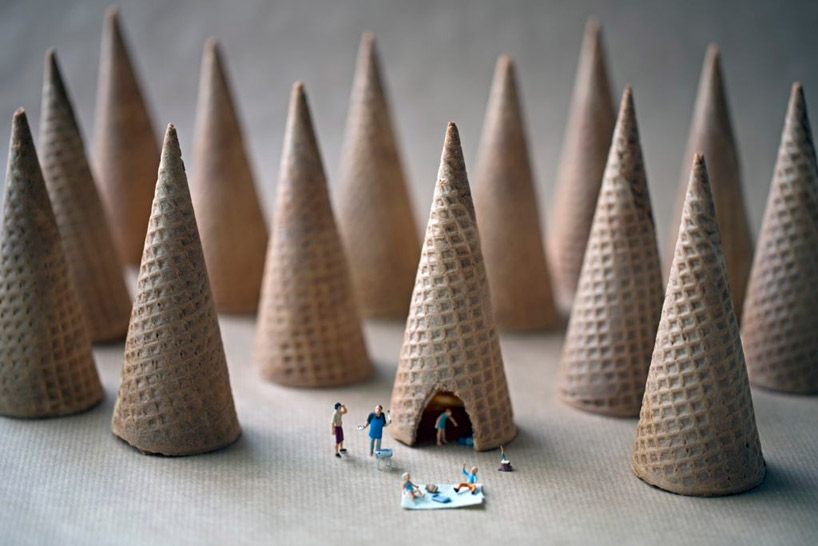 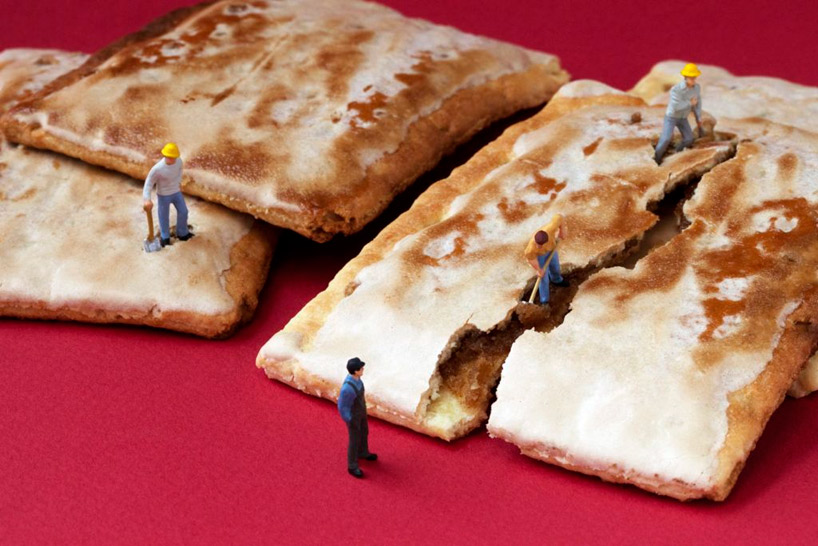 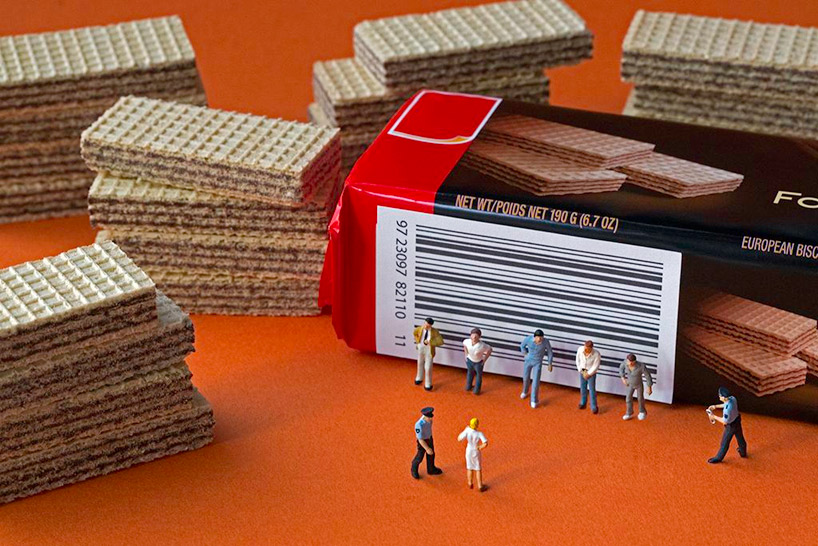 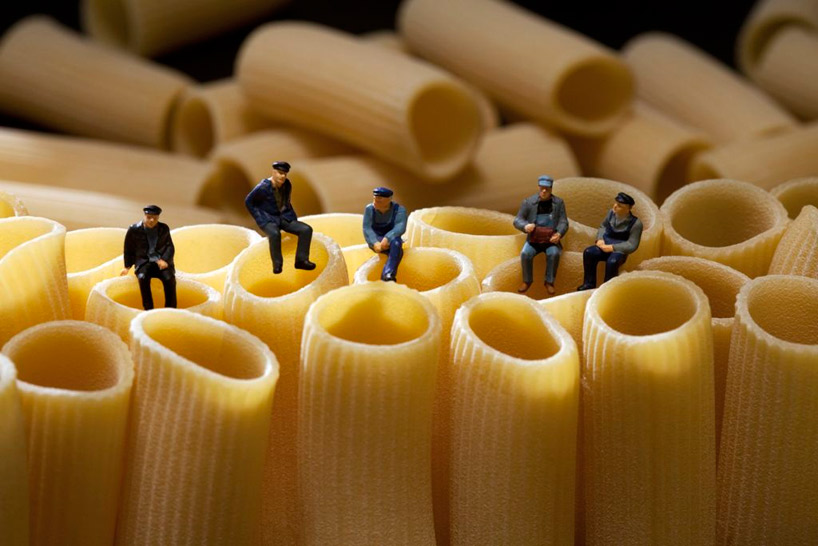