slinkachu’s miniature workers raise awareness about unemployment
‘why is it so hard to find a job?’ – construction worker’
all images courtesy / © slinkachu

london-based artist slinkachu has installed a series of quirky miniature scenes around the city of paris, in promotion of react debates organized by the european parliament, which tackle the problems of unemployment in europe. the collection of tiny workers entitled ‘why is it so hard to find a job?’ represent the difficulties surrounding youth unemployment, which in some parts of europe has reached nearly 30%. tiny realizations of various people at work are set in different locations around the urban landscape. for ‘construction worker’, six small-scale men donned in overalls and hard hats are seated on an I beam, appearing to be chatting with each other on their lunch break. ‘scientist’ uses an unusual medium as part of its scenic construction: candy; as the colorful round pieces are translated as miniature molecules. the first part of the conferences hoping to raise awareness to increasing employment obstacles kicks off today, october 15th. 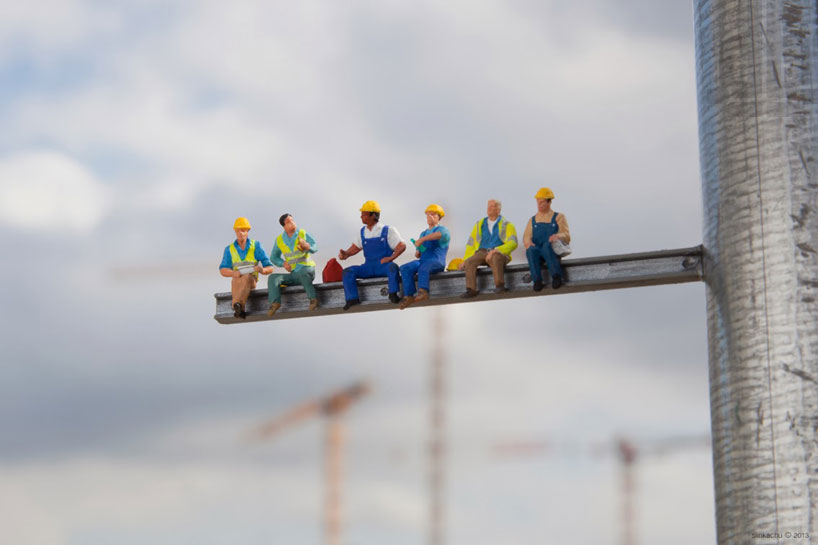 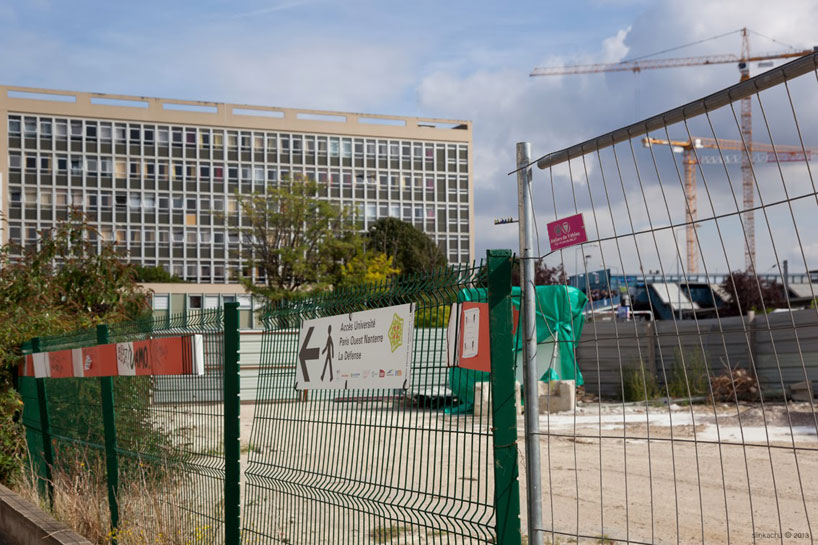 the construction workers from a distance, at université de nanterre, paris, france 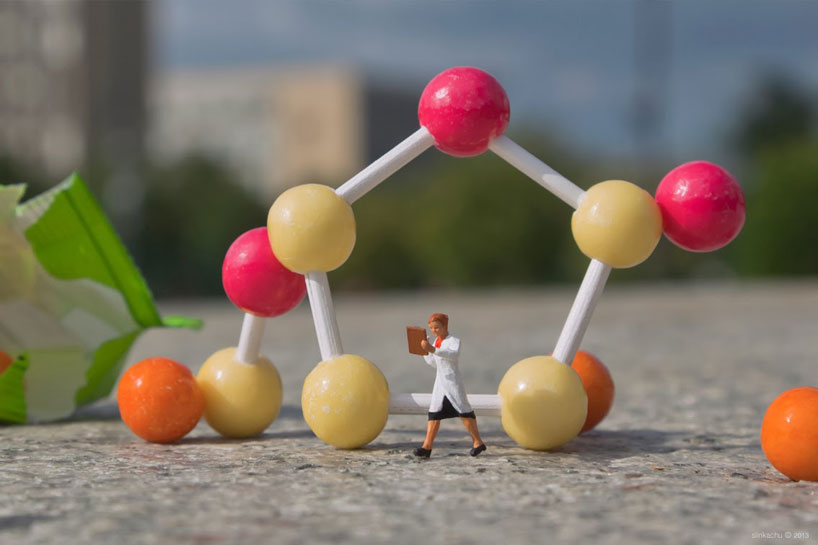 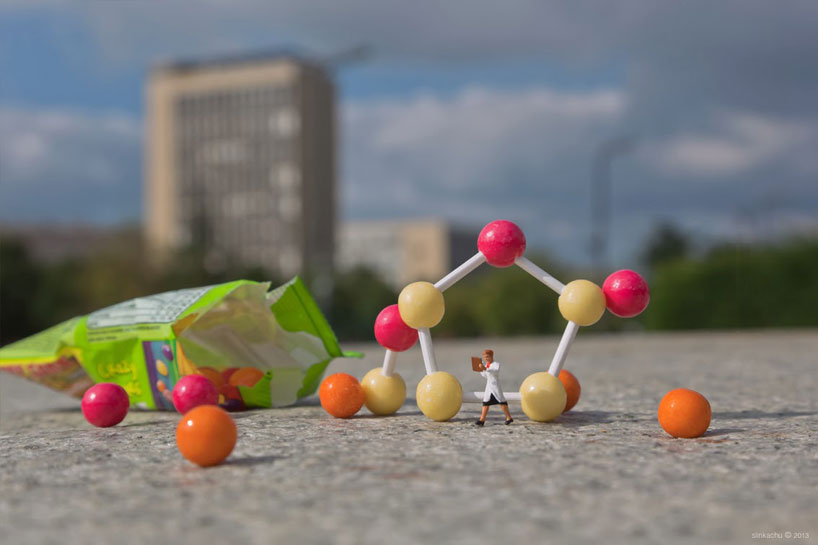 candy is used as part of ‘the scientist’ scene 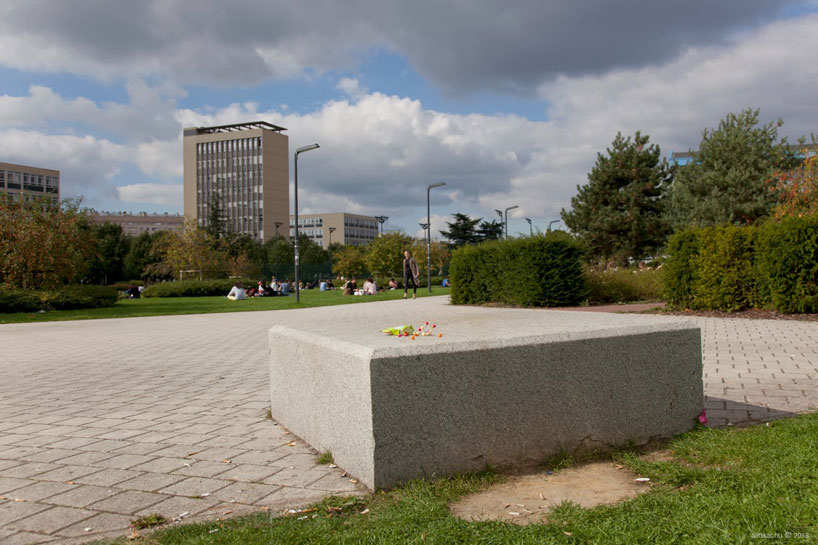 ‘the scientist’ viewed from a distance, placed at université de nanterre, paris, france 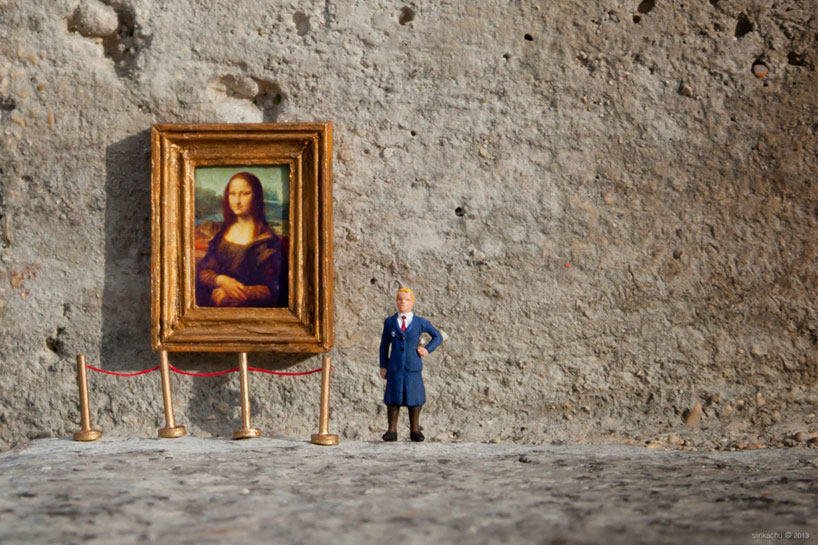 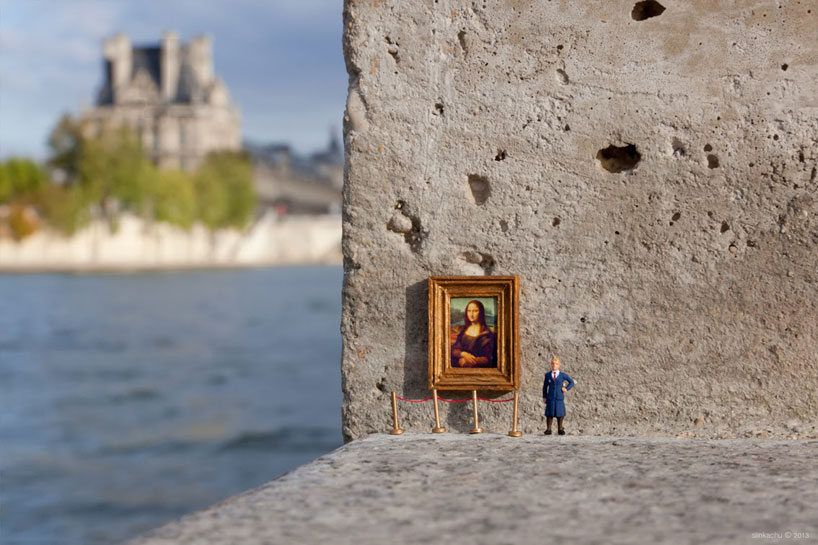 the guard and the mini mona lisa 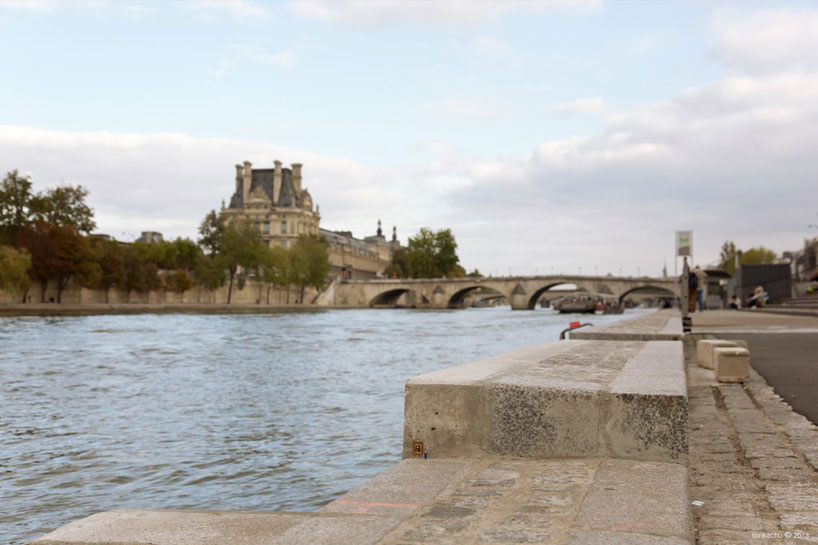 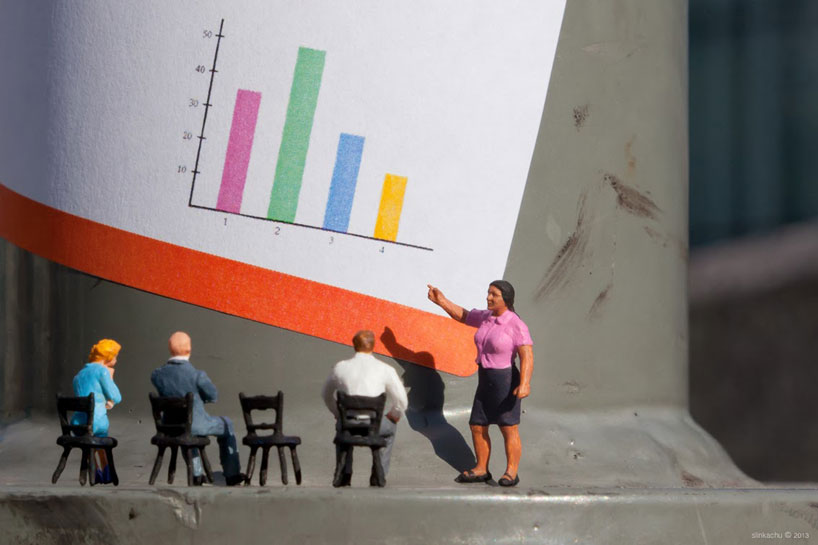 ‘why is it so hard to find a job? – saleswoman’ 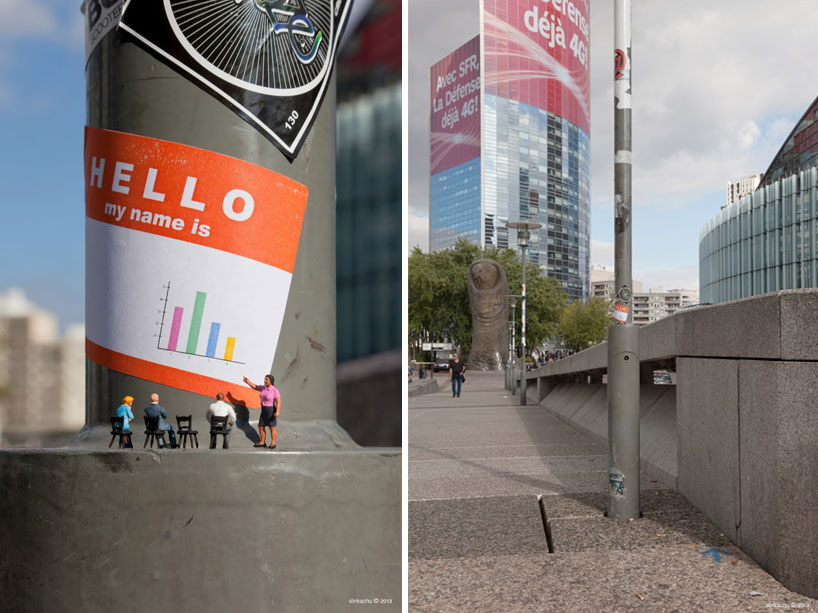 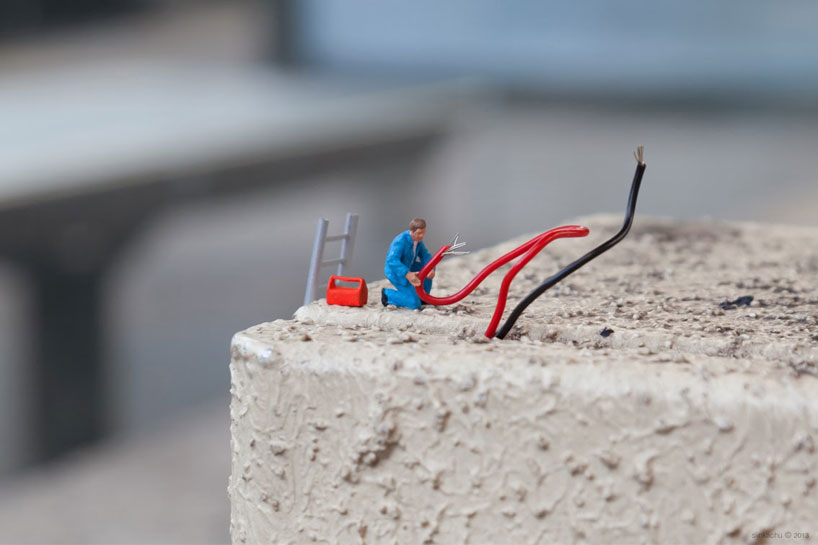 ‘why is it so hard to find a job? – electrician’ 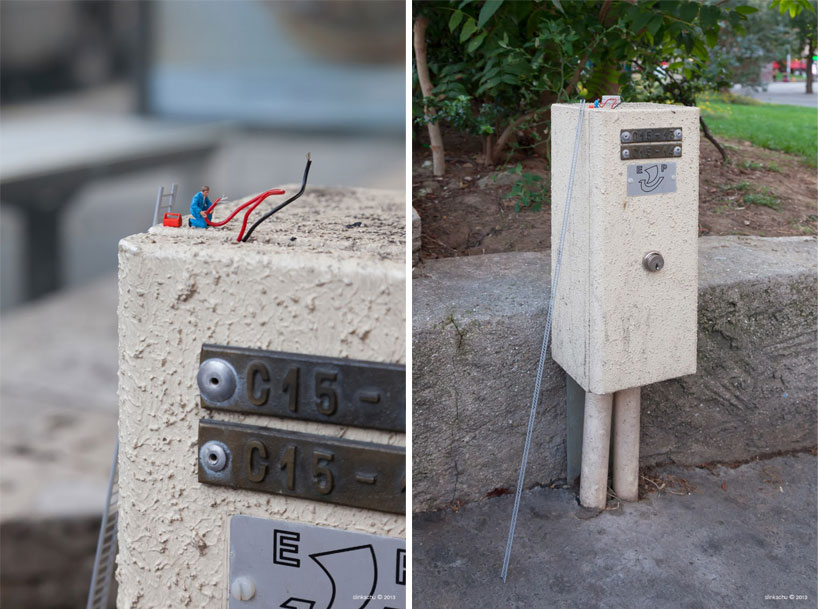 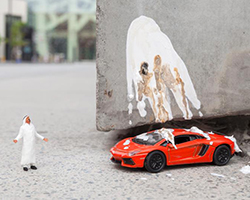 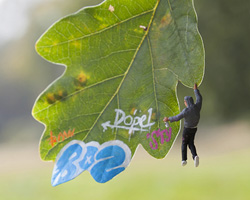 Mar 04, 2015
slinkachu frames miniatures within a metropolis for london exhibit 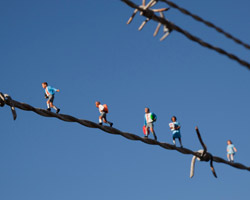