‘no man’s land’ by belgium-born, manchester-based photographer and artist mishka henner is a collection of google street view images that capture what appear to be women soliciting sex in the outskirts of large european cities. exploring ‘the margins of urban and rural environments’, the locations of the google street coordinates have been sourced from the online forums where men share local knowledge on the whereabouts of sex workers.

often showing a sole figure in front of a desolate setting, the images provoke a sense of surrealism through the subject’s unnatural presence in the landscape. some are seen to have constructed temporary shelters with a parasol or table, while others are captured to be seemingly emerging out of the woods. raw and exposing, the series provides a voyeuristic look at a discrete and underground practice. 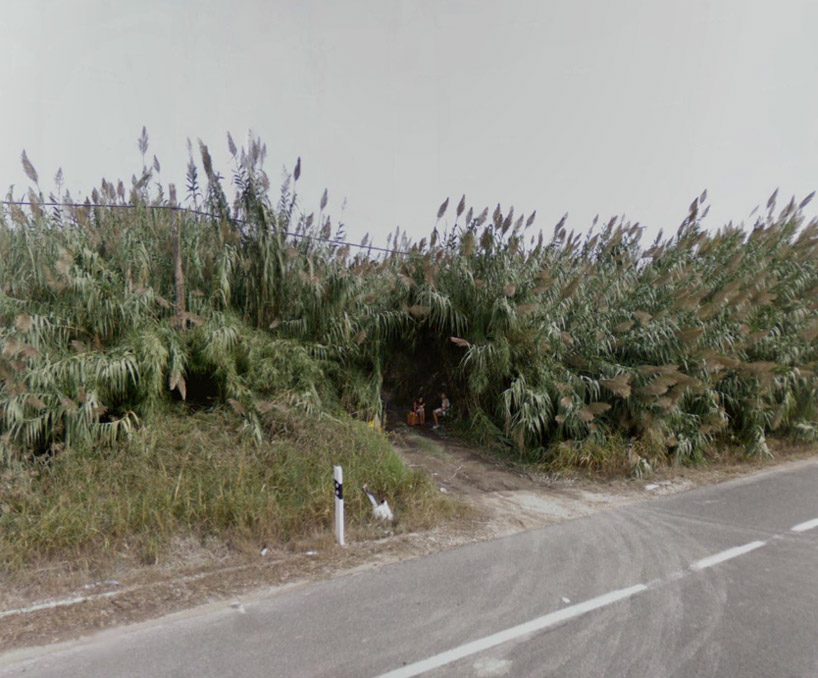 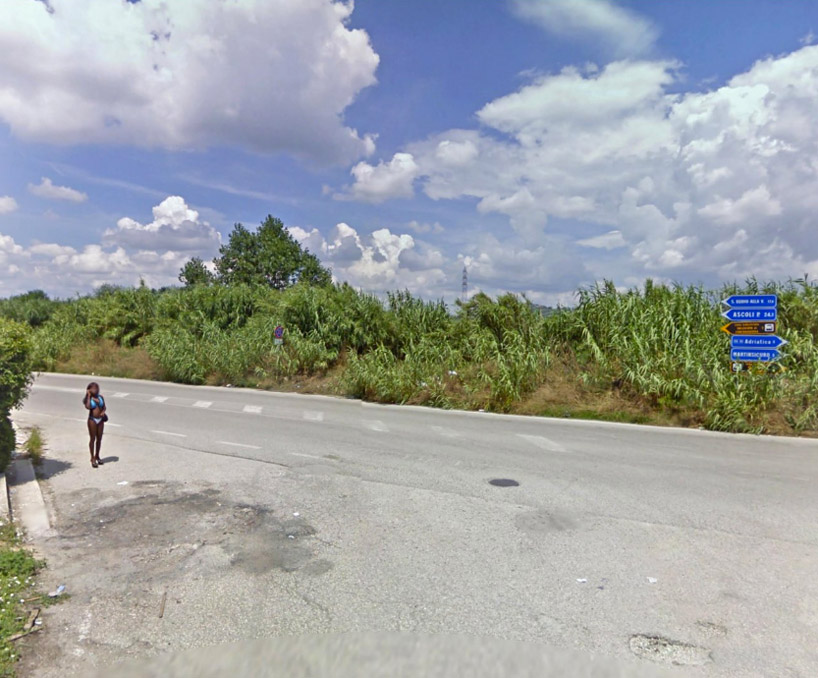 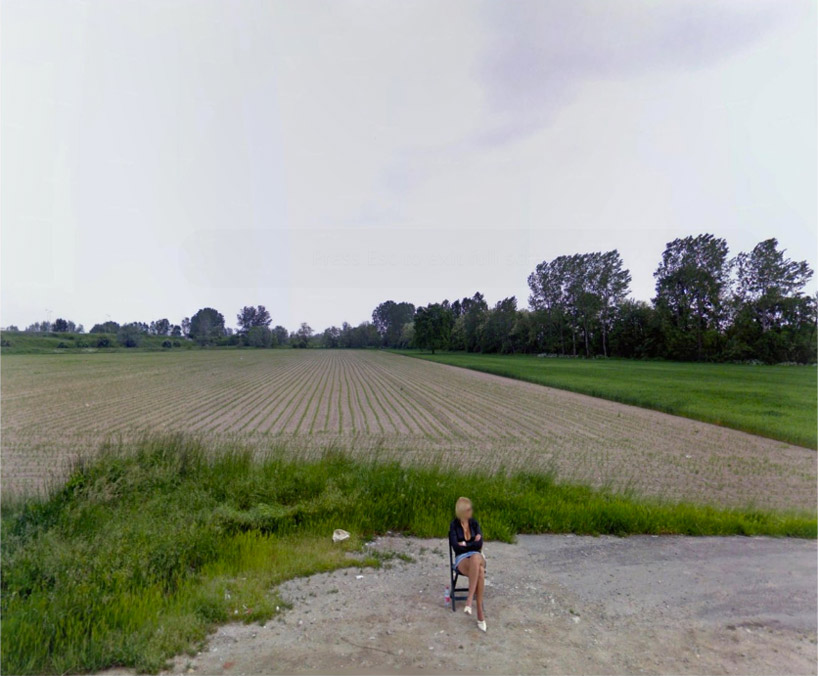 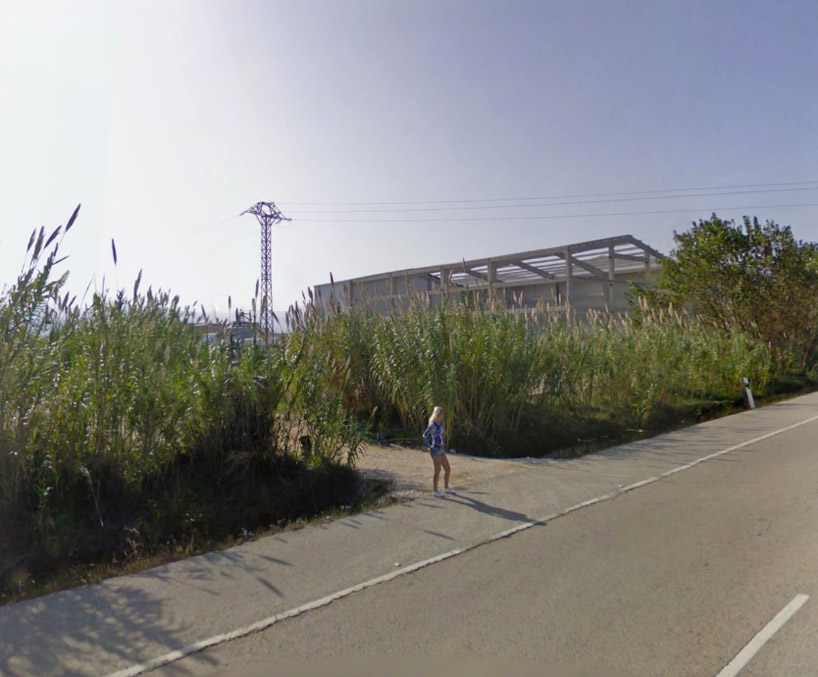 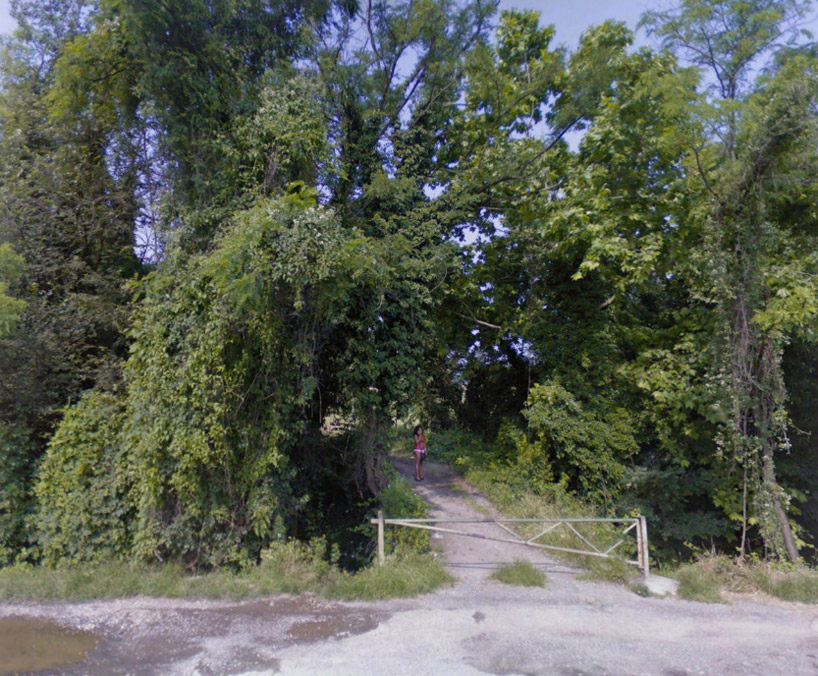 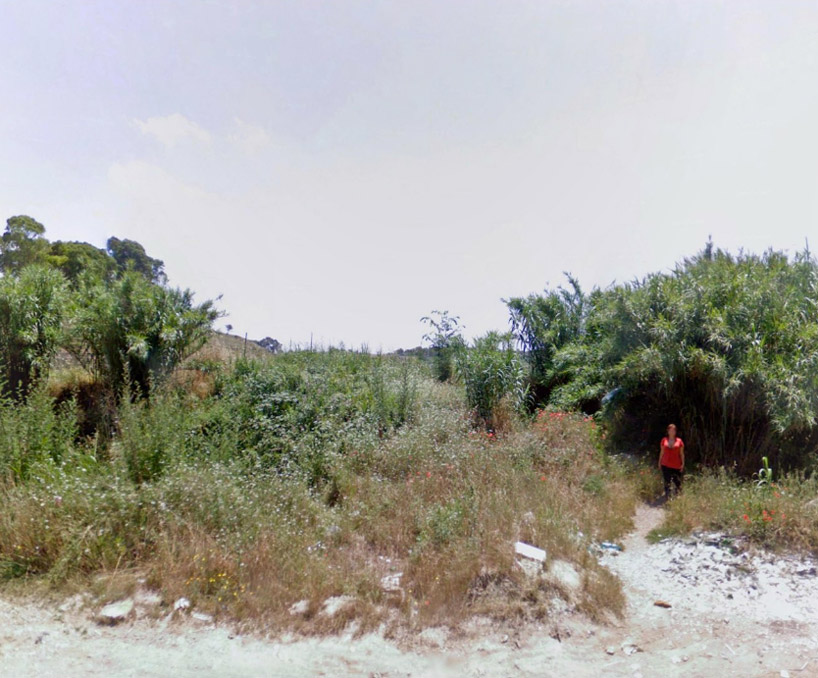 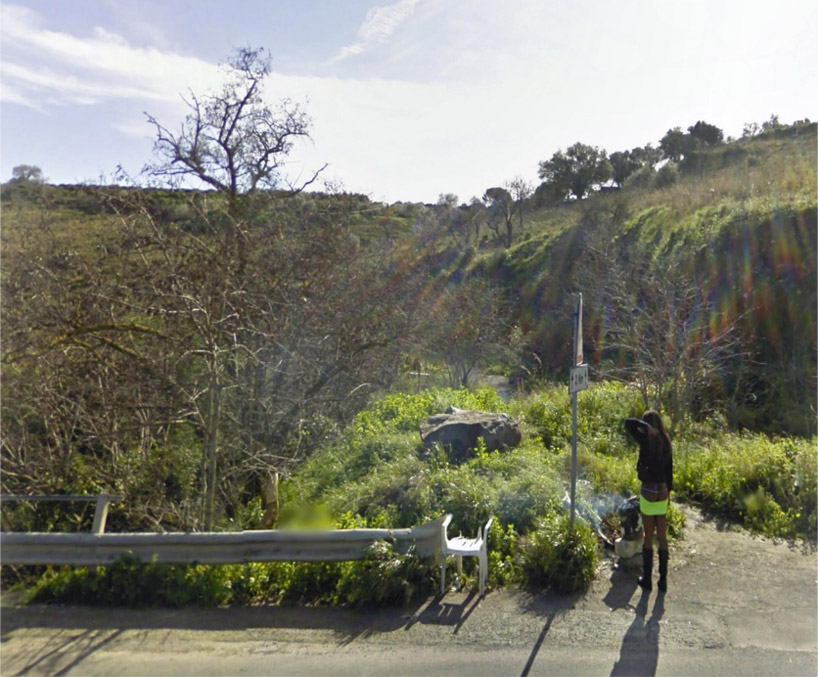 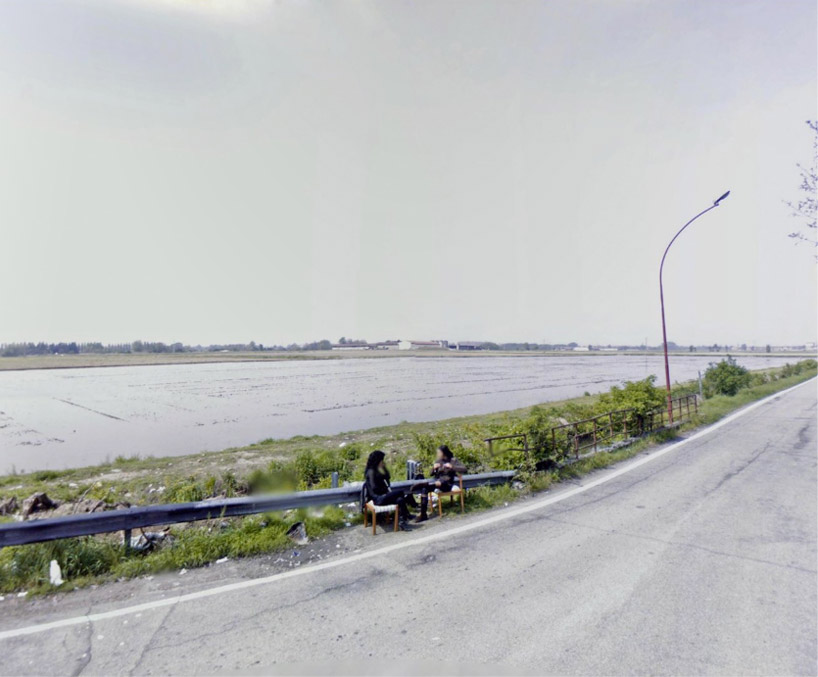 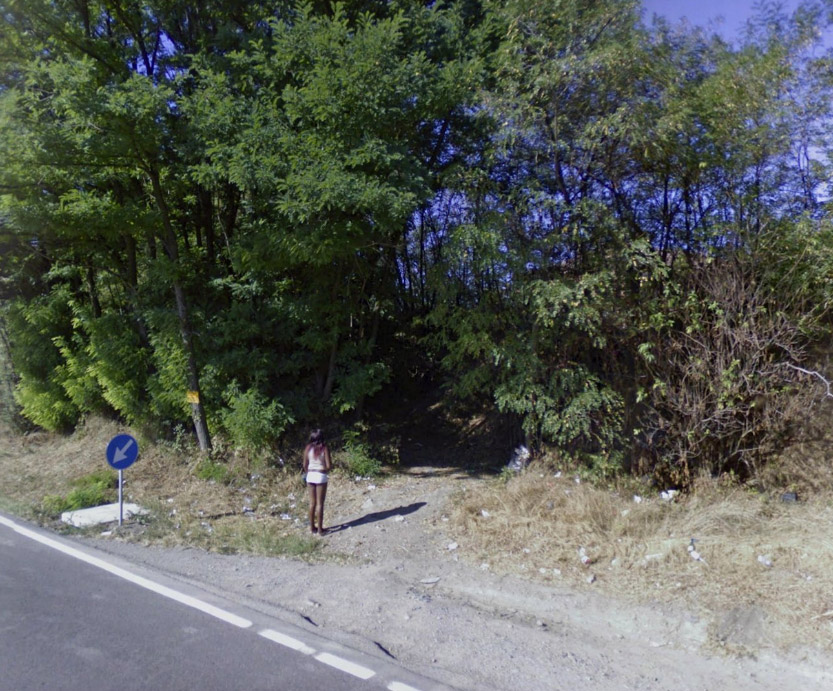