UK periodical the guardian has asked artists and writers to reinterpret or create a currency that reflects the modern economic and social environment. the responses range from playful interpretations of pop culture to potent comments about political situations.   both a personal and communal issues are displayed on the banknotes.

the above bill is loosely based on the traditional design of american money. instead of depicting the whole numbers usually found on banknotes, it depicts the real amount after the environmental costs are factored in. designed by jonathan franzen, the currency has also included a graphic representation of extinct and endangered species. 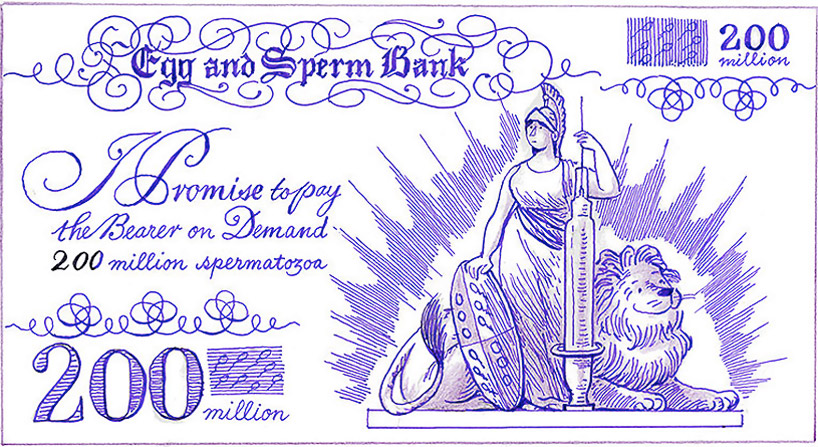 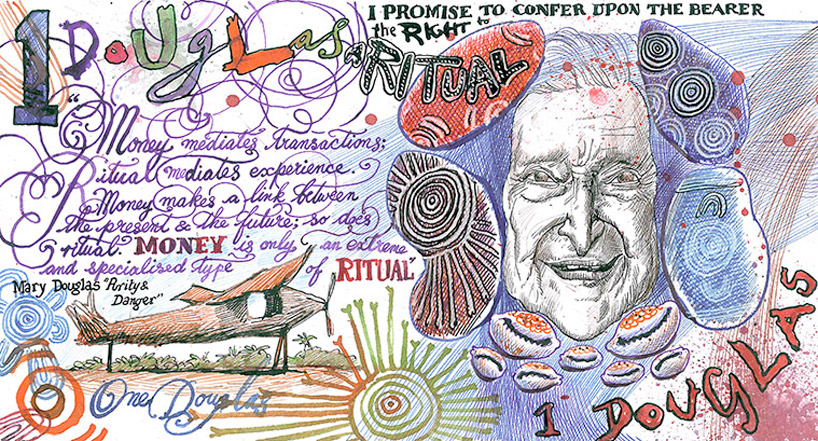 a fictional currency designed by will self and illustrated by martin rowson, the douglas shows a drawing of social anthropologist mary dougals. along with a quote from her book, ‘purity and danger’, is an assortment symbols associated with indigenous peoples. 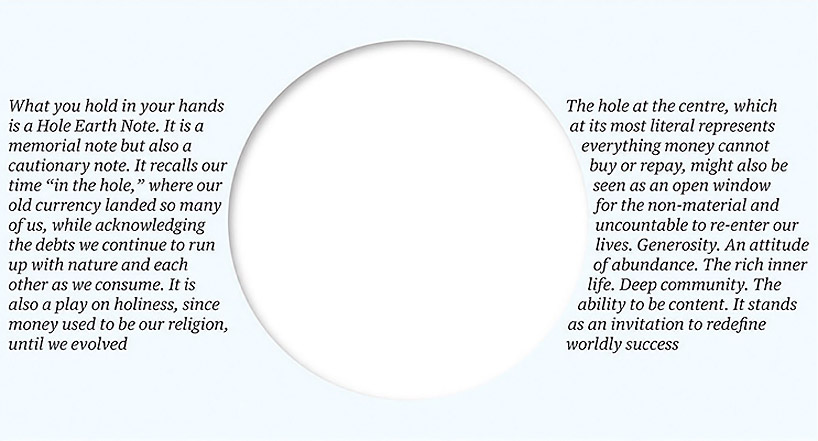 artists naomi klein and kyo maclear conceptualized a note with a hole in the center, a physical representation of the debt which is affecting many around the globe. it is an reminder that money has potential to land us ‘in the hole’. 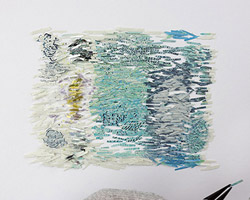 Feb 01, 2021
inside the james turrell skyspace 'piz uter': fritz hauser drum piece
a concrete bench encircles the room, with an incline that naturally directs views towards the opening above.
art
504 shares
connections: 43