After imagining how ancient Iranian heritage would look like on Mars, artist Mohammad Hassan Namdari now visualizes, through surreal photomontages, what went down in the last days of the Achaemenid dynasty — also known as the First Persian Empire. Titled ‘CHECKMATE’, this project introduces chess pieces into images of Achaemenidan architecture, showing how the rise and fall of empires across history can be easily interpreted as a game of victory and loss among players. 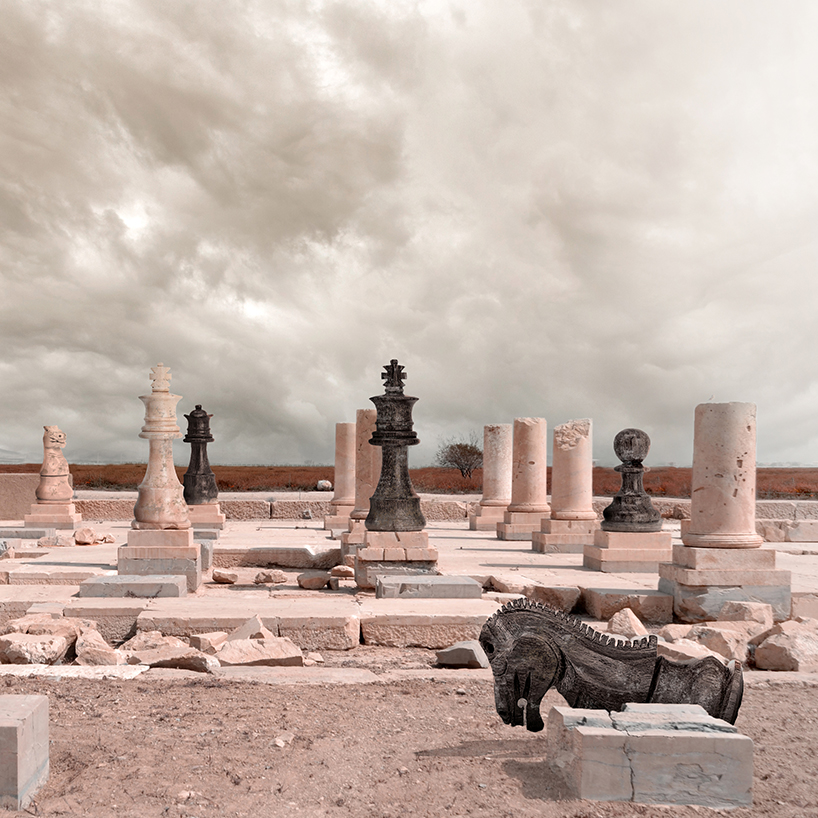 reimagning empire victories and losses as a game of chess

To compose his artworks, Namdari (see more here) used pictures showing the stunning remains of historical sites in Pasargad and Persepolis (modern-day Shiraz). These include ruins of the Tachar Palace, Cyrus Reception Palace, Gate of All Nation, and Throne Hall — all seemingly co-existing with white and black chess pieces re-colorized to fit the ancient context. 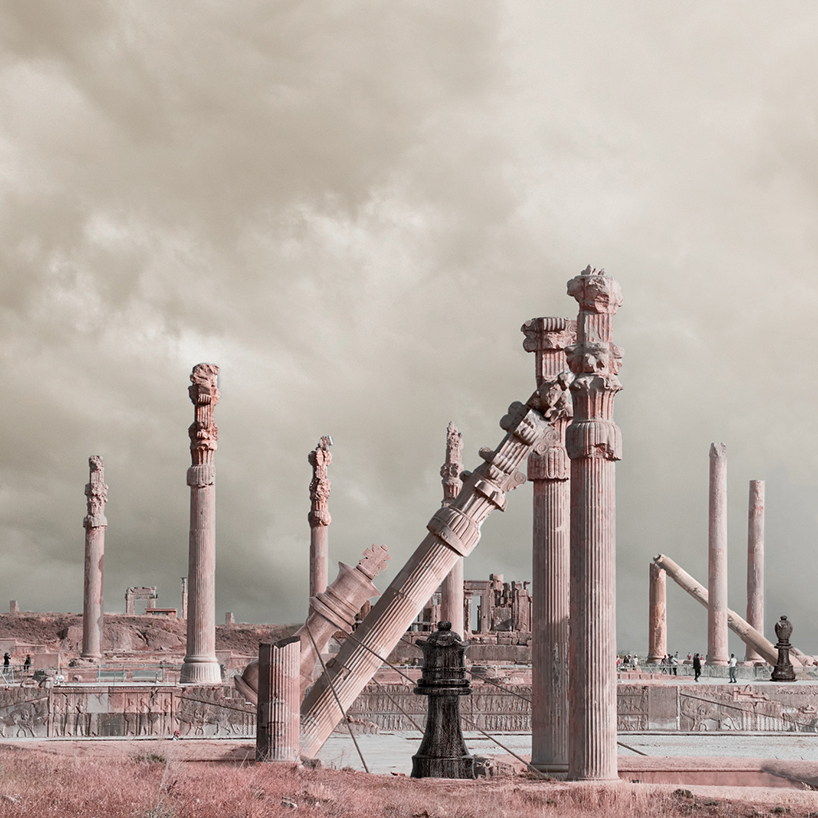 Explaining the concept behind ‘CHECKMATE’, Namdari comments: ‘History has always been iterated repeatedly like a game, where victories belong to those who benefit from past experiences and never give up. This project tries to imagine a new understanding of the historical heritage remains through that lens. For example, Persepolis, the ceremonial capital of the Achaemenid Empire, is known as one of the most precious and greatest civilizations in the history of Iran, which has ultimately surrendered to the game of its age.’ 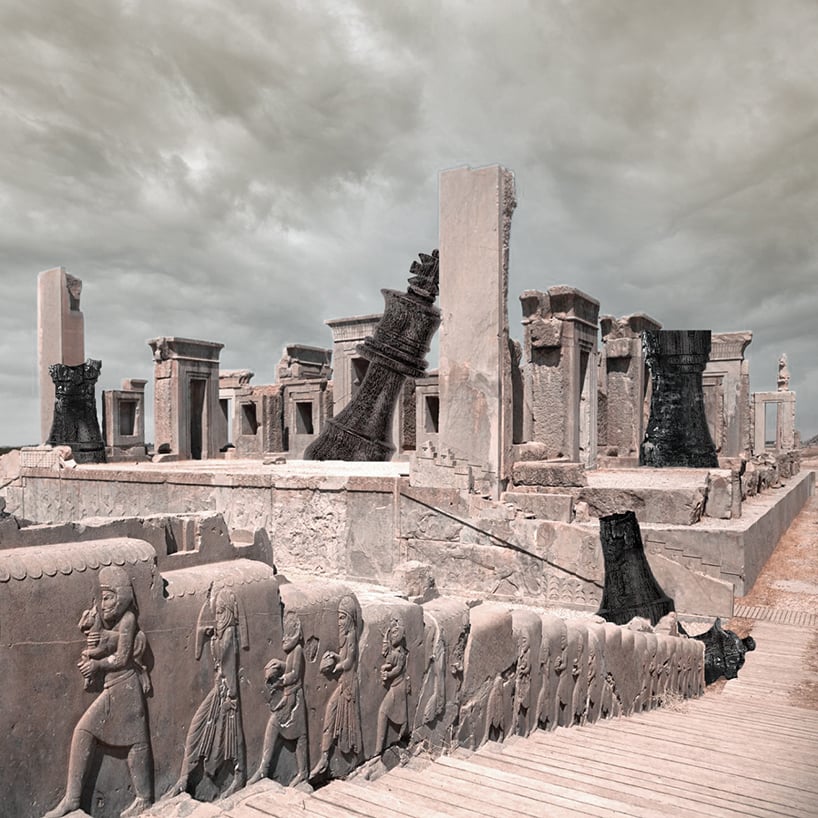 ruins of the Tachar Palace in Persepolis 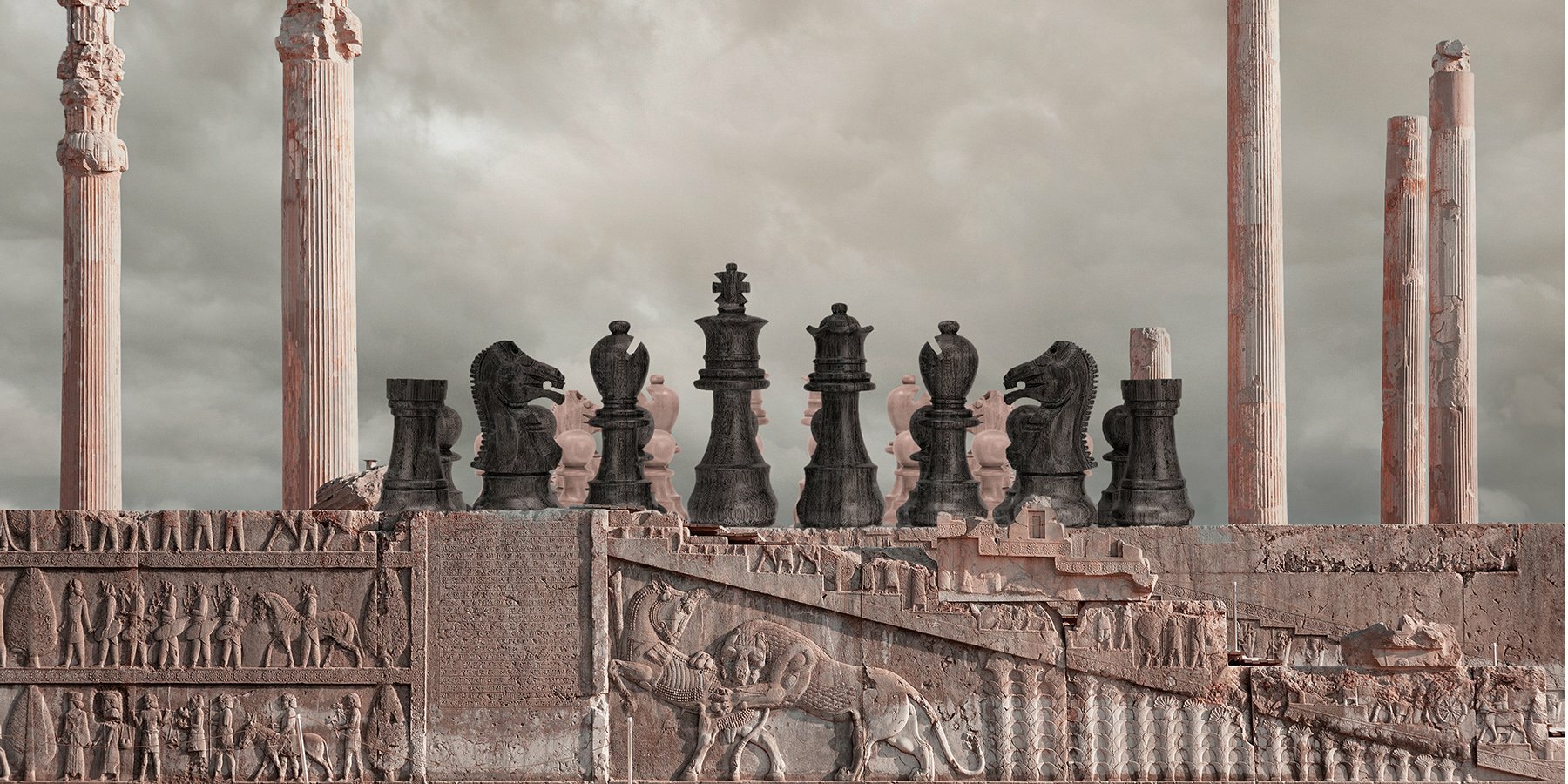 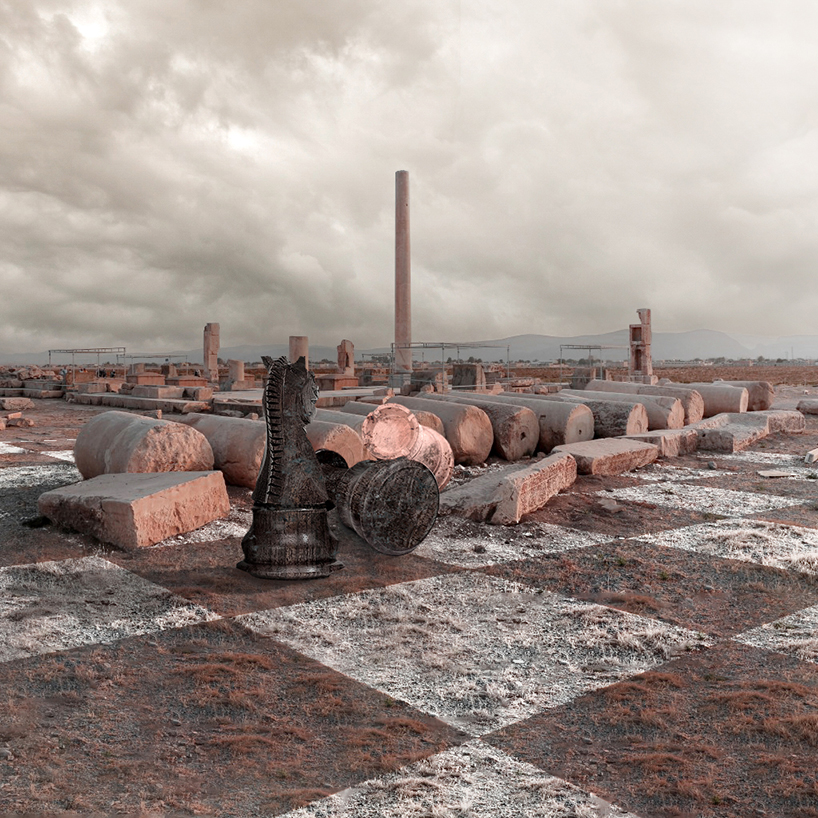 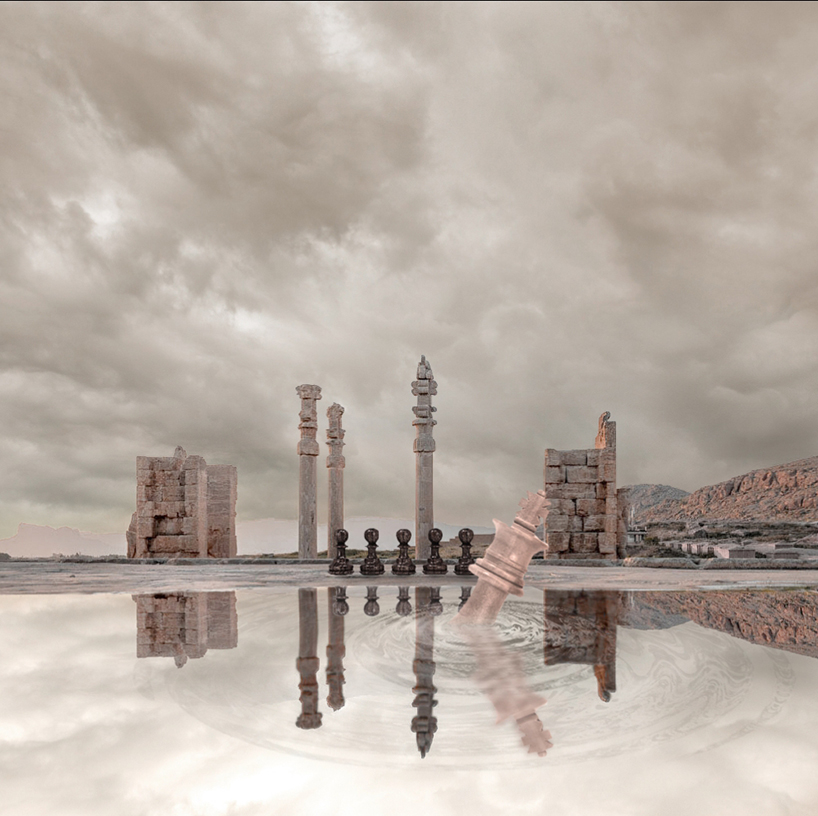 ruins of the Gate of All Nations in Persepolis 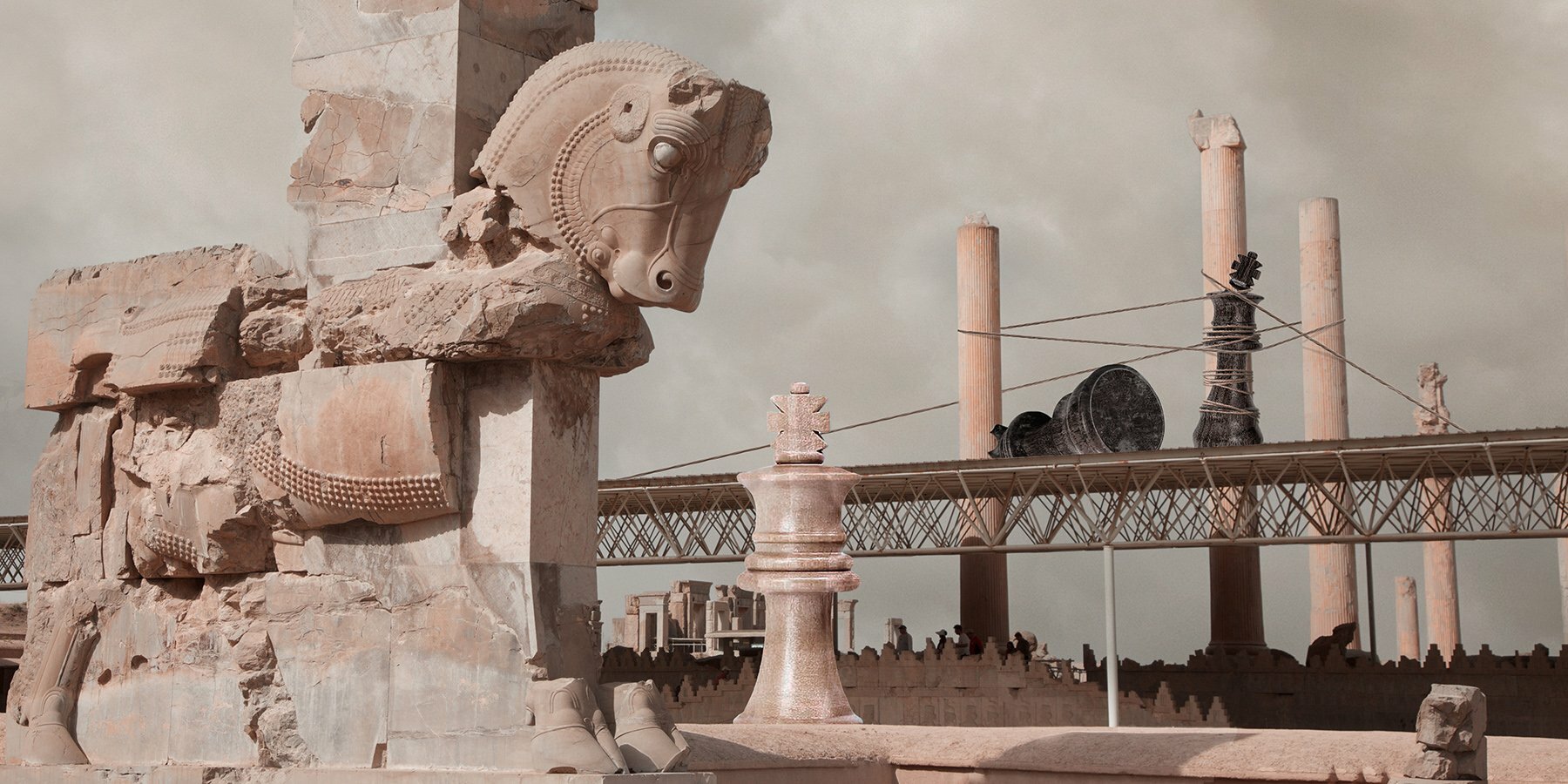 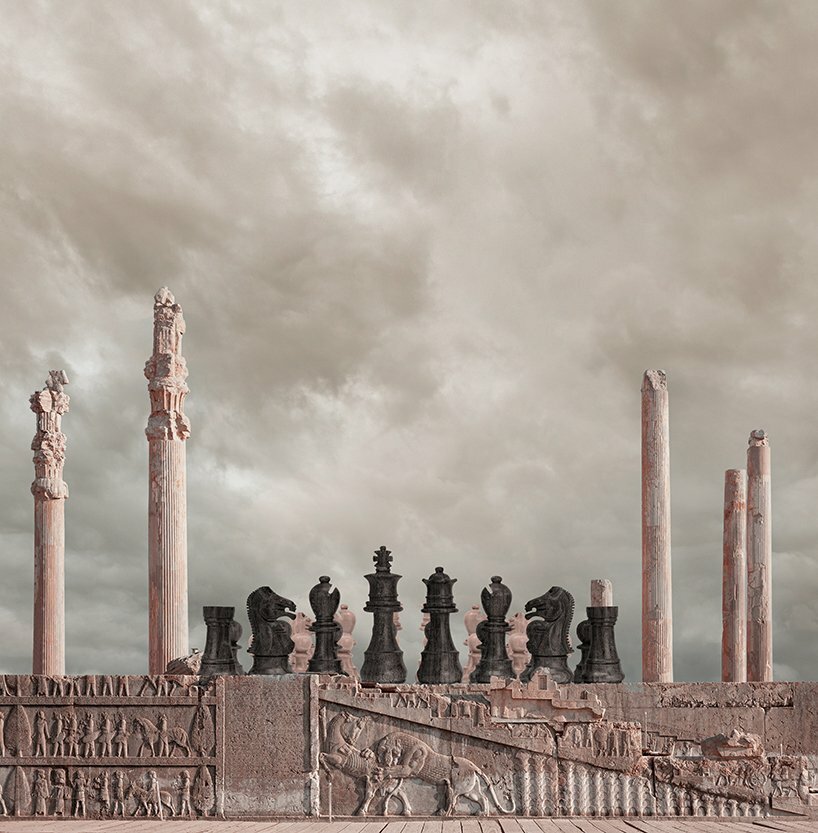 Ruins of Apadana Palace in Persepolis. 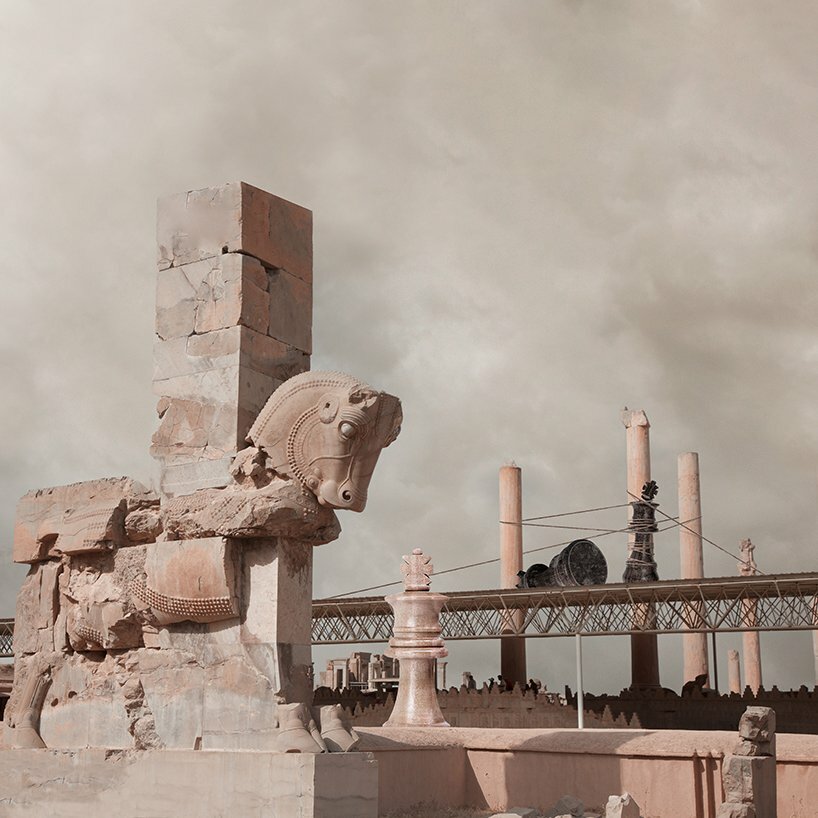 Ruins of the the Throne Hall in Persepolis