installation by moneyless in the countryside of grottaglie, during his residency at fame festival 2011

works by italian artist moneyless are among the first public installations of the 2011 fame festival held in grottaglie, italy. organized annually by studio cromie (angelo milano), the festival brings together artists from across the world to spend one to four weeks in the city during the spring and summer, creating installations, murals, screenprints, and ceramics in advance of a september group show.

moneyless’s work experiments with geometric forms in both two and three -dimensional media. beginning with paintings, based on the forms of threads he nailed into the wall, moneyless gradually began to create real solid figures, floating in space with the support of transparent wires. interested in the visual conflict created by the presence of a manmade, logical figure in the natural environment, the artist created paint and physical installations throughout grottaglie for this year’s fame festival.

in the words of the artist: ‘far from being mere sets of lines, my works are not abstract representations but rather always inspired by elements of the physical world, which I transform or idealize into these unearthly forms. they live more in the world of ideas than in the physical world; they represent ideas, ideas of reality.‘ 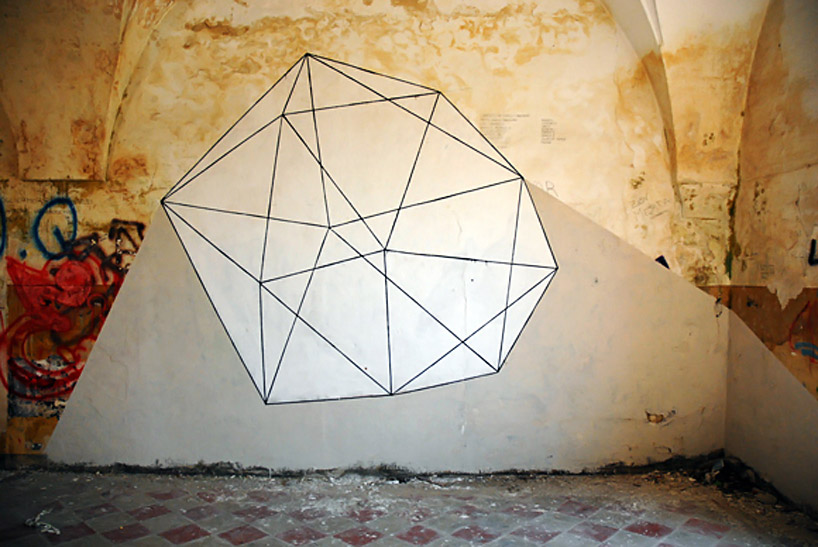 at an abandoned monastery in the city 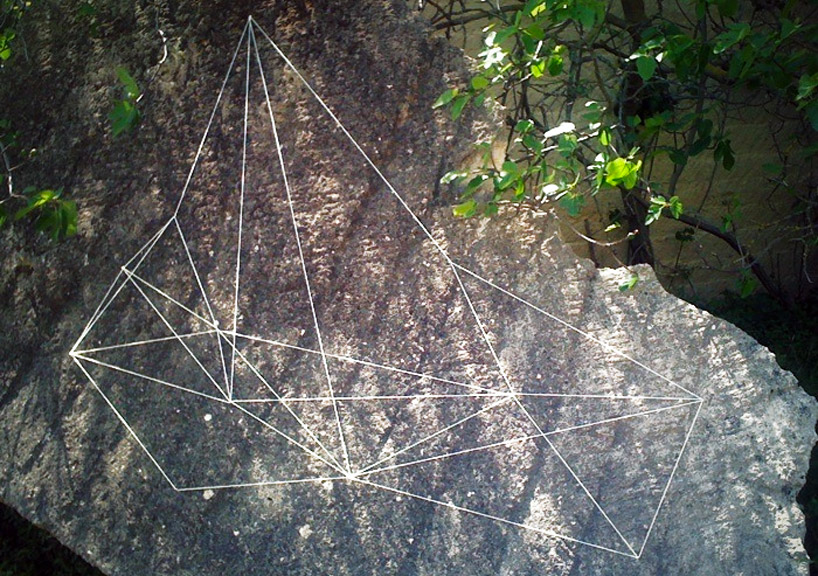 moneyless installed works throughout the city and countryside of grottaglie

fame festival refers to the ironic difference in the meaning of the word ‘fame’ between the italian and english languages. the city of grottaglie itself is famous for its ancient ceramics tradition, with an entire section of the city devoted exclusively to ceramics production. the artists invited to the fame festival are offered the cooperation of local artisans for the production of pottery works and limited edition prints. several walls around the city are also open for use as canvases to ‘upgrade a few areas which are aesthetically depressed’. 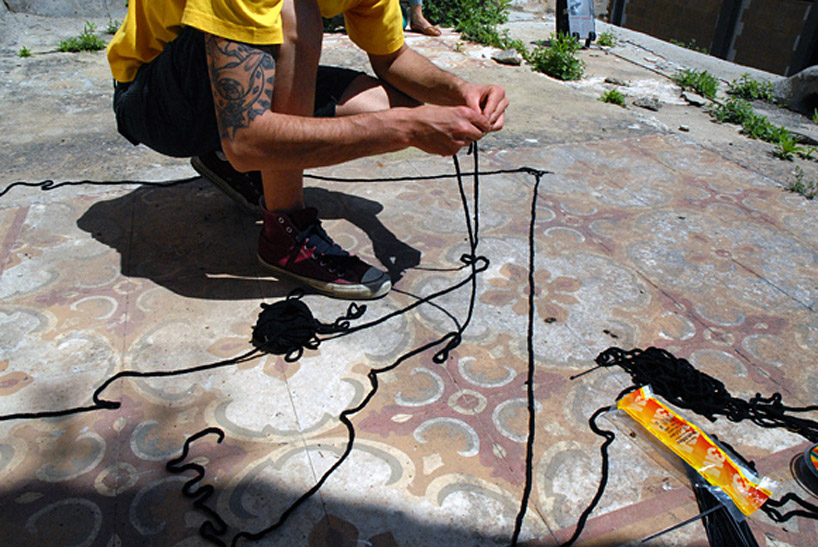 moneyless at work on a piece 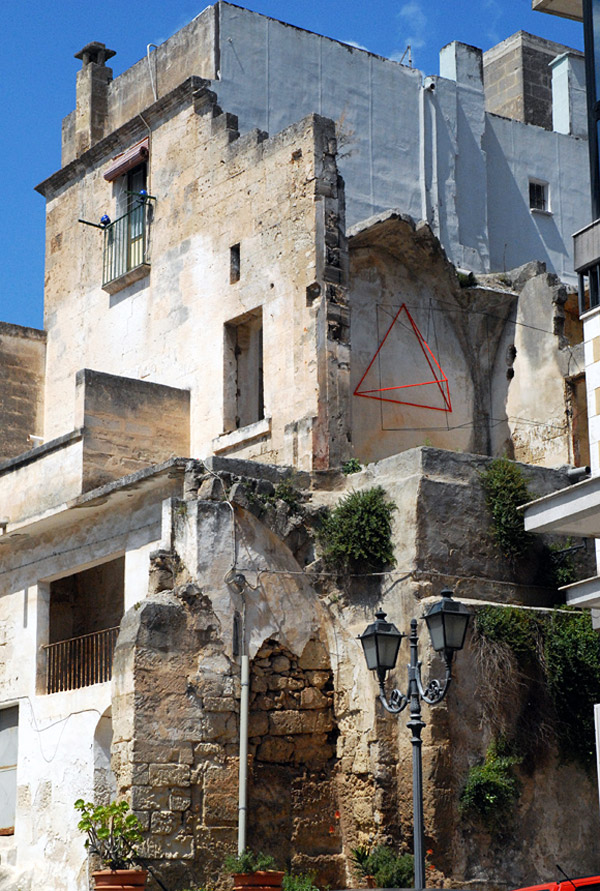 festival organizer angelo milano reports that several of moneyless’s pieces (including the one above) were quickly removed by residents, who feared they had satanic significance 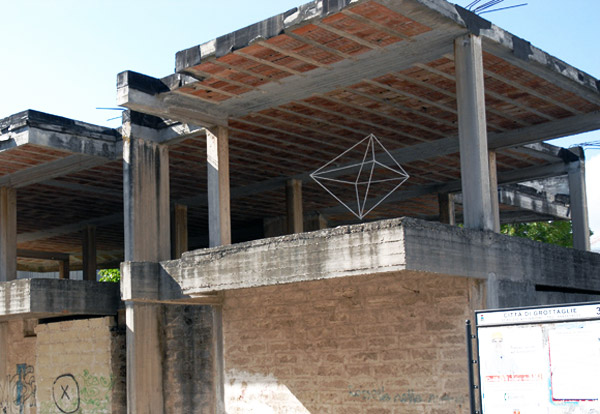 another piece within the city of grottaglie 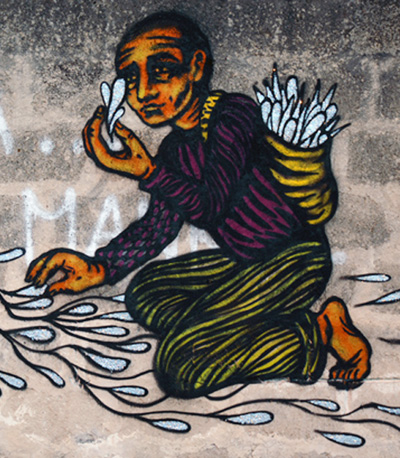 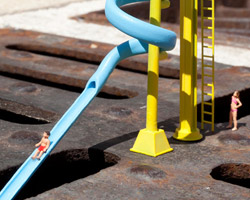 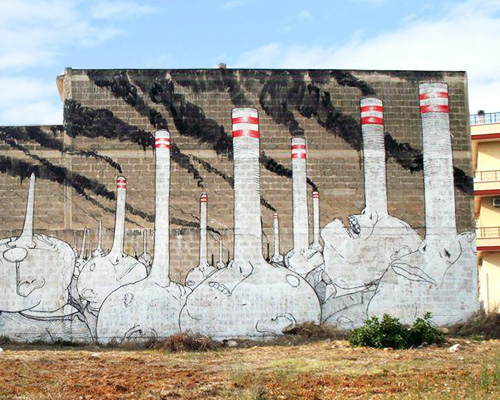 May 11, 2021
SFMOMA stages monumental nam june paik exhibit as a mesmerizing riot of sights + sounds
designboom spoke with curator rudolf frieling about paik's role in establishing the field of 'video art', and his transnational work and life.
art
358 shares
connections: 35

May 10, 2021
virgin mary. supermarkets. popcorn: miles aldridge on his cinematic and chromatic tableaus
designboom spoke with the british artist and photographer about his cinematic heroes, the magic of film photography, and slowing down the image making process.
art
329 shares
connections: +280