monica piloni sculpts neither fruit, nor skeletons, but a species lying somewhere in between the two otherwise unrelated objects. the brazilian artist has created a collection of ‘hybrid’ produce that hides an eerie bone structure at their core. figs, oranges, papayas and peaches are sliced in half and carved into, revealing a strange and startling ribbed structure concealed within the fruit flesh. the fishbone-like framework made from vinyl and acrylic mediums forms a network of osseous matter that is entirely removed from its usual context. the bony breed of edibles beckons a reaction of both intrigue and aversion, where the unseen fabric of the human body is realized in the flesh. 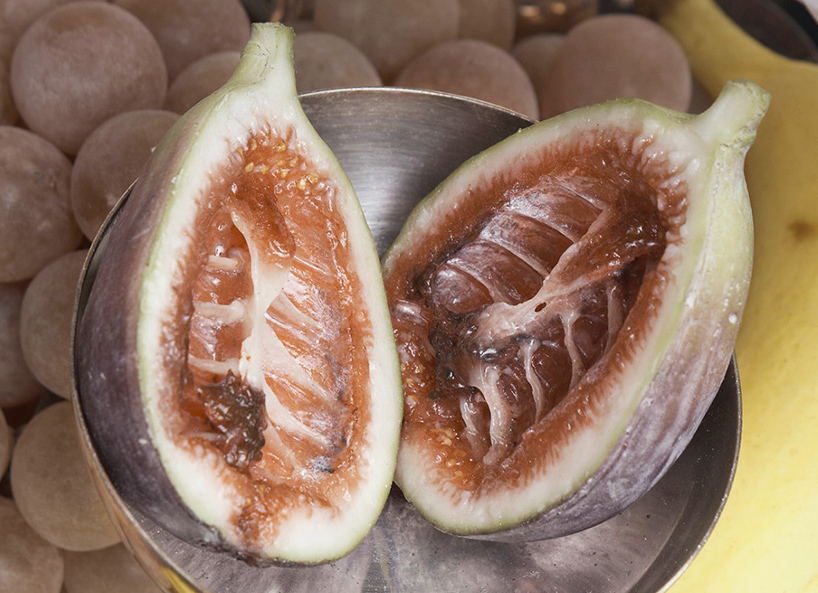 inside the figs, a strange skeletal structure hides within the fruit flesh 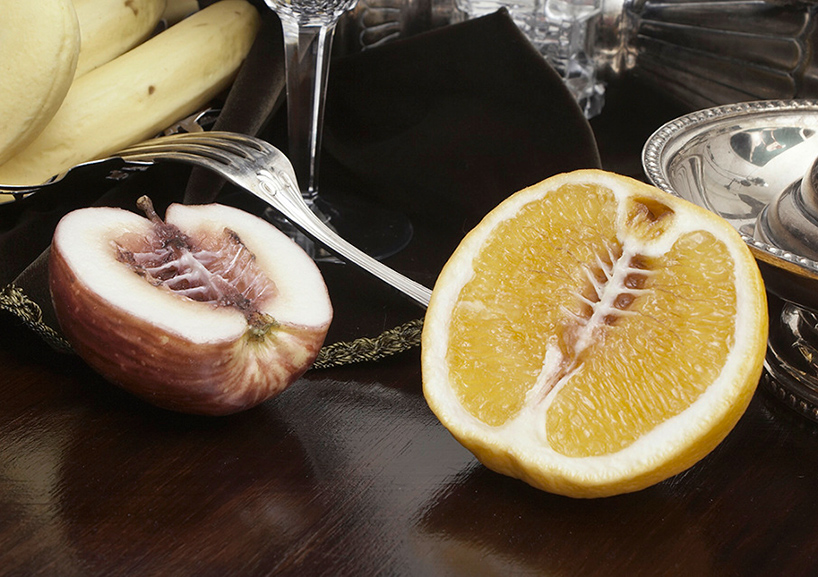 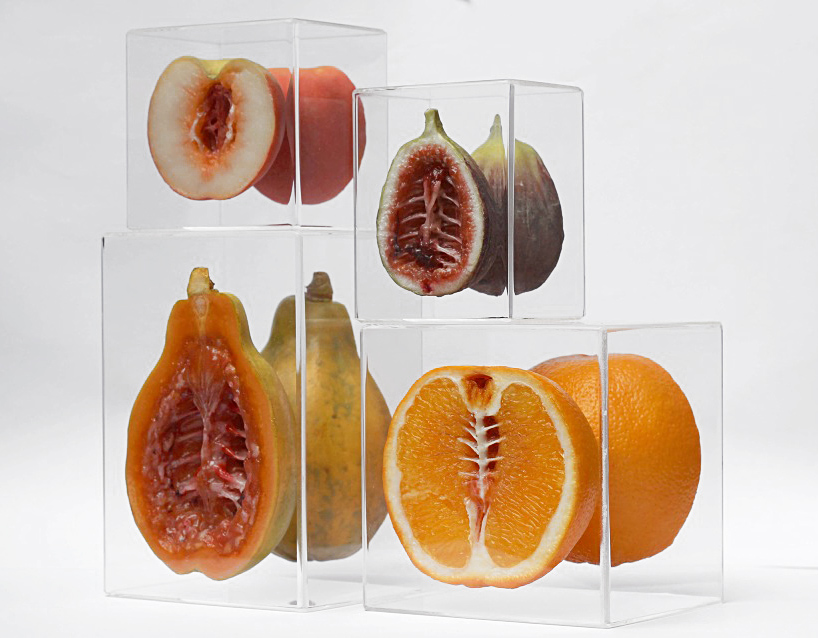 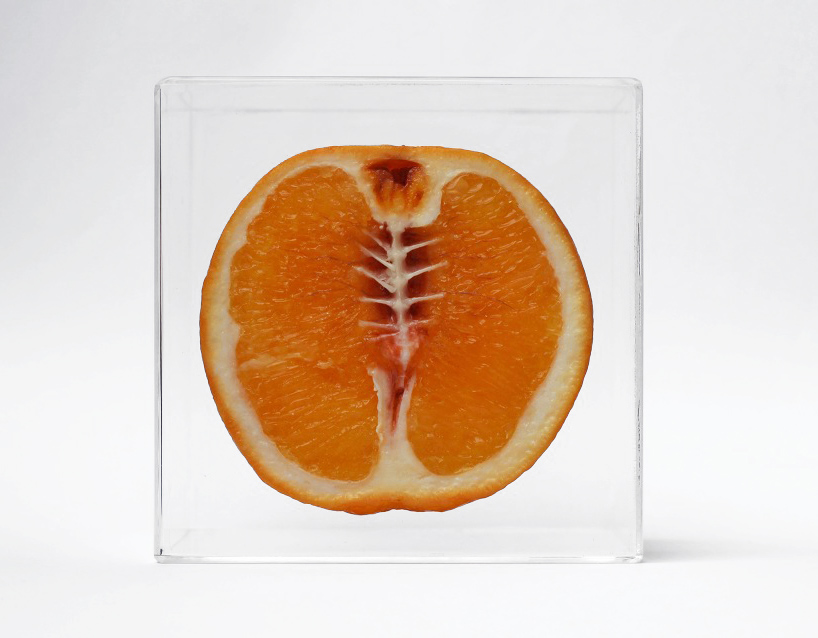 at the center of the orange, a fishbone-like formation takes root 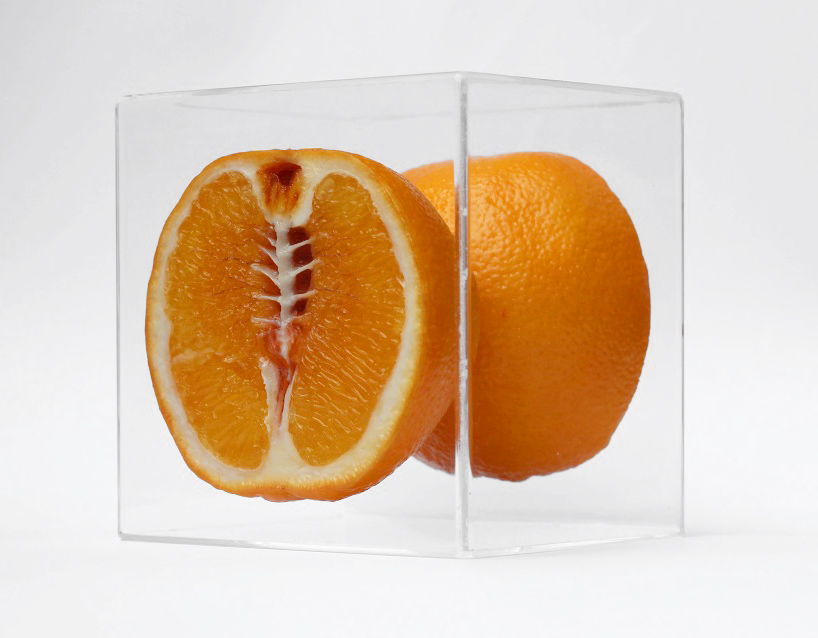 the entire orange is displayed in two parts, so that the innards are able to be perceived 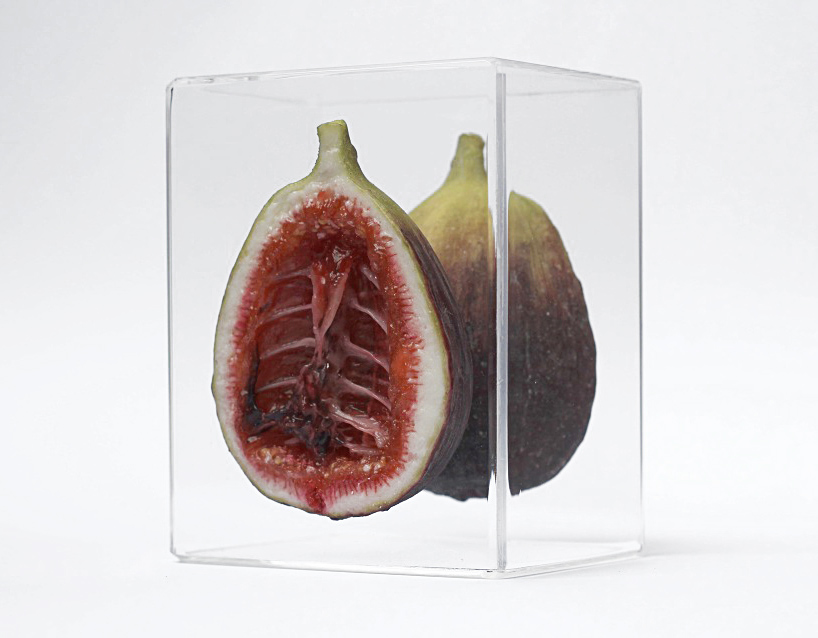 inside the flesh of the fig, a network of sculptural bones is hidden 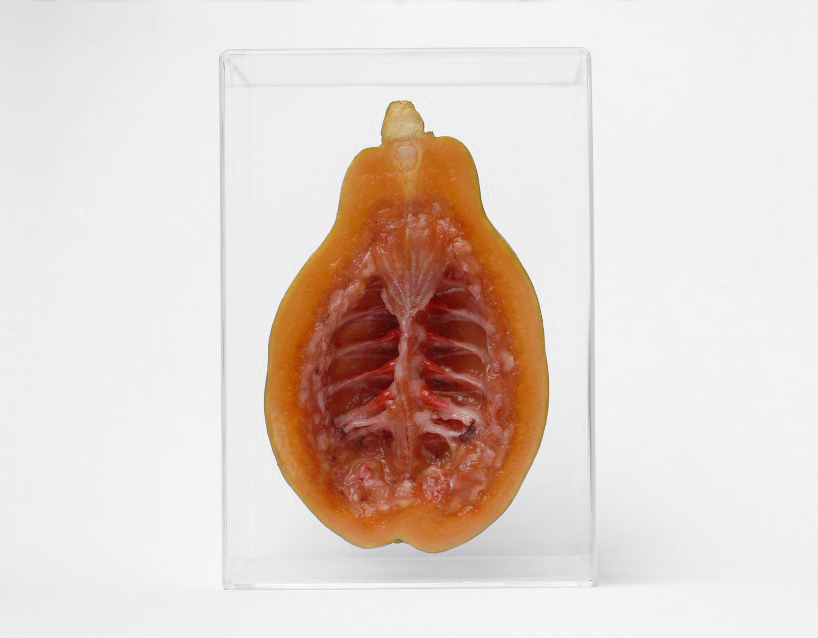 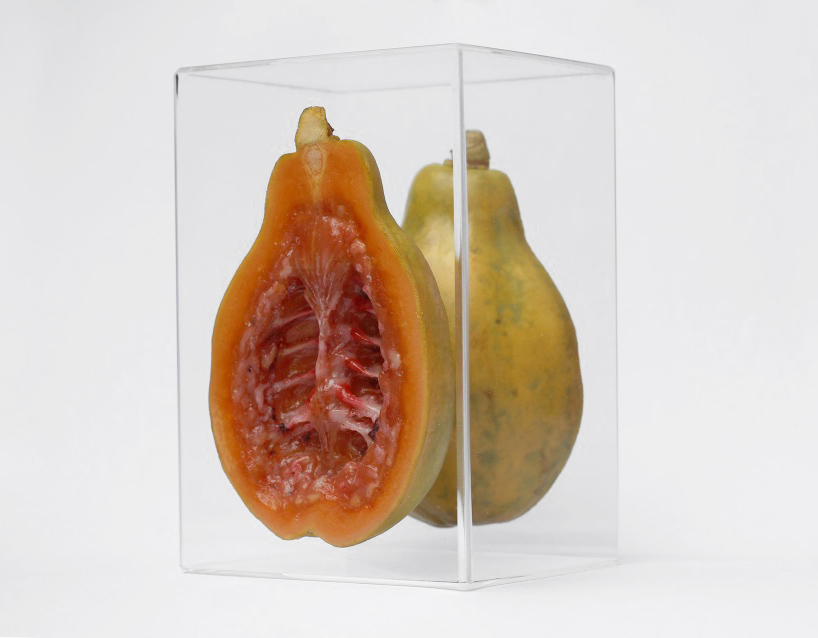 the two halves are presented back to back, so both fleshy cores can be seen 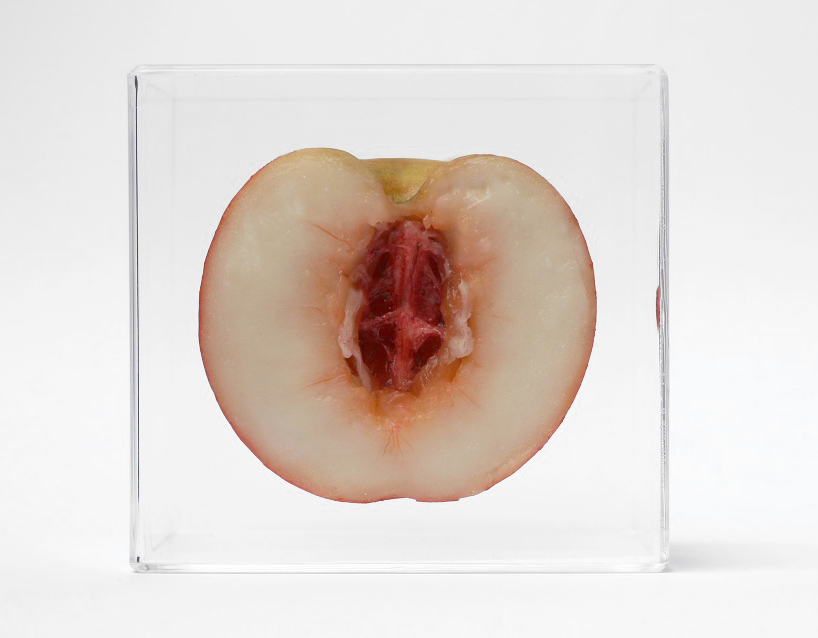 inside of the beach, a tangle of bones is seemingly rooted where a pit might be 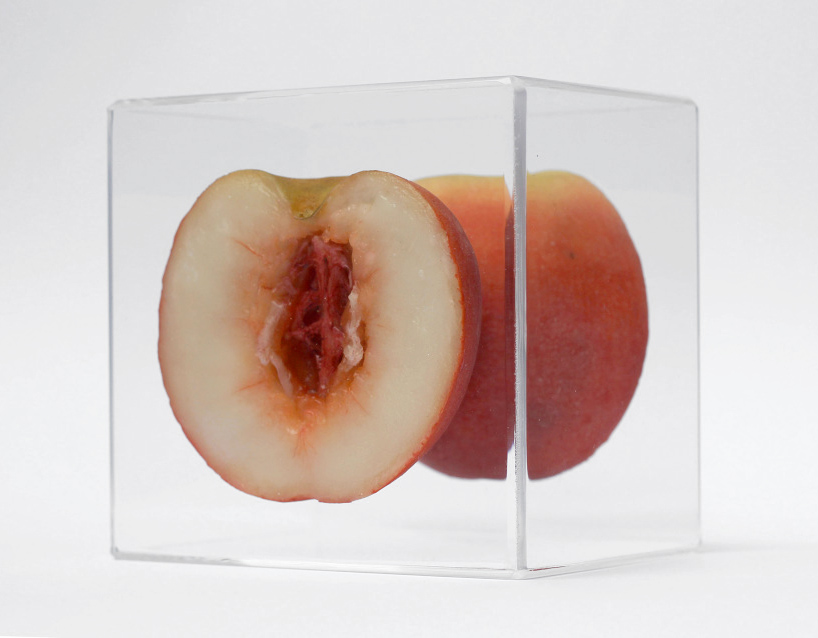 two peach halves are placed in a glass display case, showing the back and front view of the sculptural species