andrea zittel and monika sosnowska
at: schaulager, basel
from: april 26 to september 21, 2008

‘the exhibition is dedicated to the work of the american artist andrea zittel (b. 1965) and the polish artist monika sosnowska (b. 1972). both artists respond to their different surroundings in terms of architecture, living space, daily routine, and traditions – whether in new york and los angeles for zittel or in 21st-century warsaw for sosnowska. the spaces, sculptures, objects, and drawings assemble onto the stage provided by schaulager and form a polymorphic whole, with unexpected tableaux into which the spellbound viewers find themselves drawn’.

the first part of our coverage from the exhibition features works by monika sosnowska: 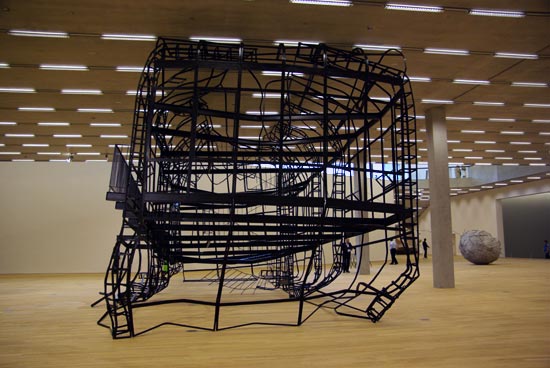 ‘a steel construction in the form of a skeleton of a modern building, based on the typical modular forms used in polish
office or residential buildings in the 1960s and 70s. this work was created in warsaw by metalworking experts – it was
first shown at the venice biennale in 2007 where it was bent to fit inside the polish pavilion.’ 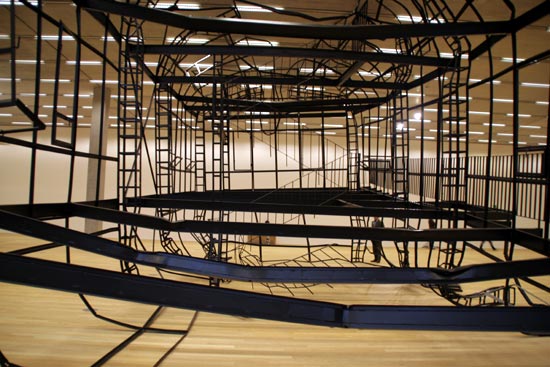 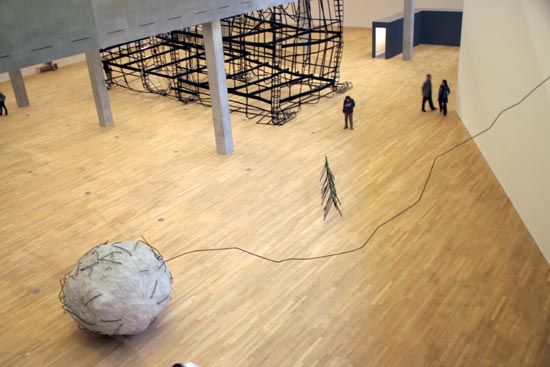 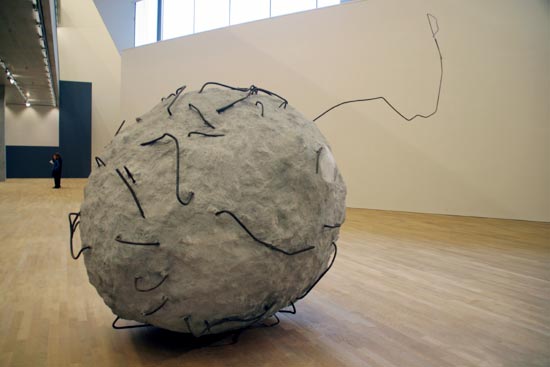 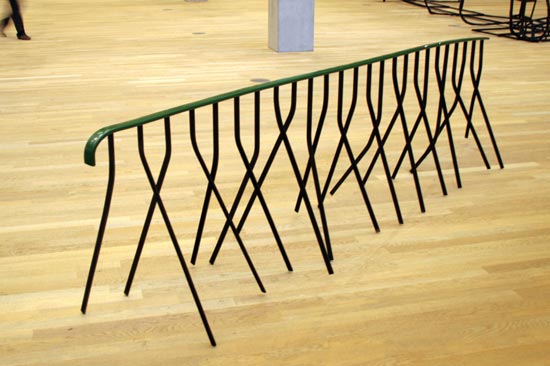 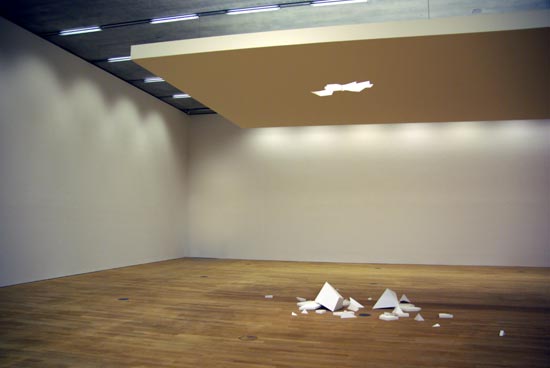 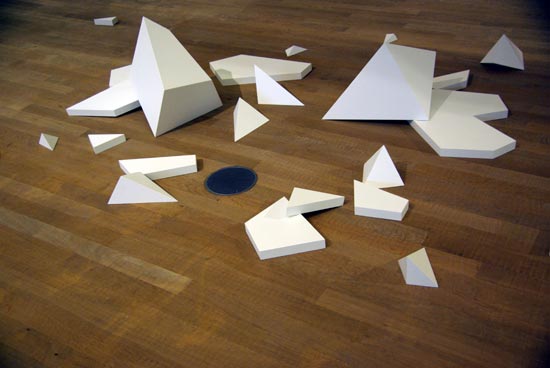 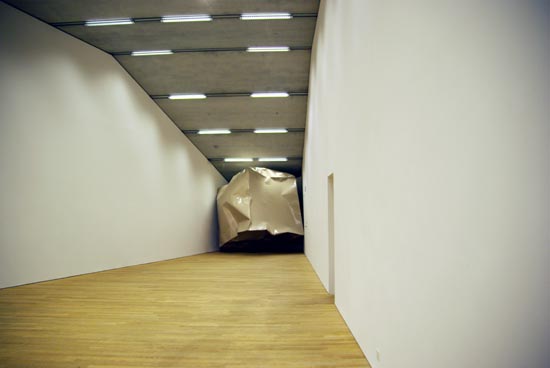 ‘a work in the form of a a kneaded cube, made from 1mm steel sheets painted in enamel paint.’ 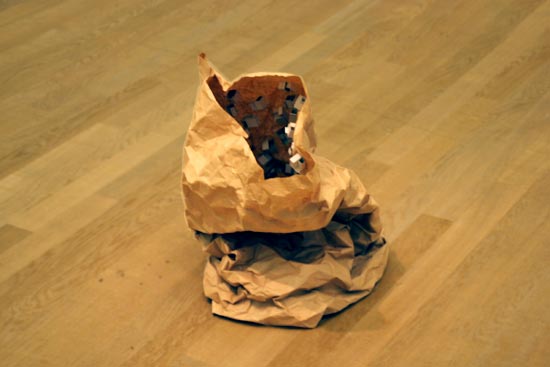 ‘models of nonexistent houses placed inside a paper bag. I made them during a three month stay in japan,
where I exhibited them on the floor in a little room. the height of these models was determined by the size of the
gap between the floor and the door which opened above them . I brought the models back to poland and decided
to place them in the bag.‘ 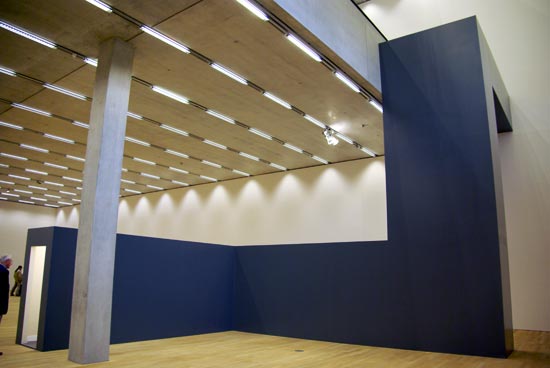 ‘a work made from painted MDF, carpet and fluorescent lamps. corridor was first exhibited as an exterior only.’

see our post on andrea zittel at the schaulager, basel