having participated in two previous editions of street theater festival ‘imaginarius’, portuguese art collective moradavaga has been invited to create a site-specific public art piece with its signature interactive attributes that honor local football club centennial while at the same time engage the public in an urban-scale communication game. inspired by old posters and information boards used in sports, the studio has created ‘flip-it’, an interactive analogical pixel screen that can be used to display graphical messages like typography, patterns or simple icons on the main façade of the stadium.

like the football club’s history itself, bridging different eras, flip-it integrates into its conception a visual grammar based on a grid, common to both century old techniques as portuguese pavement or traditional ceramic tiled façades, and modern electronic displays or digital screens. 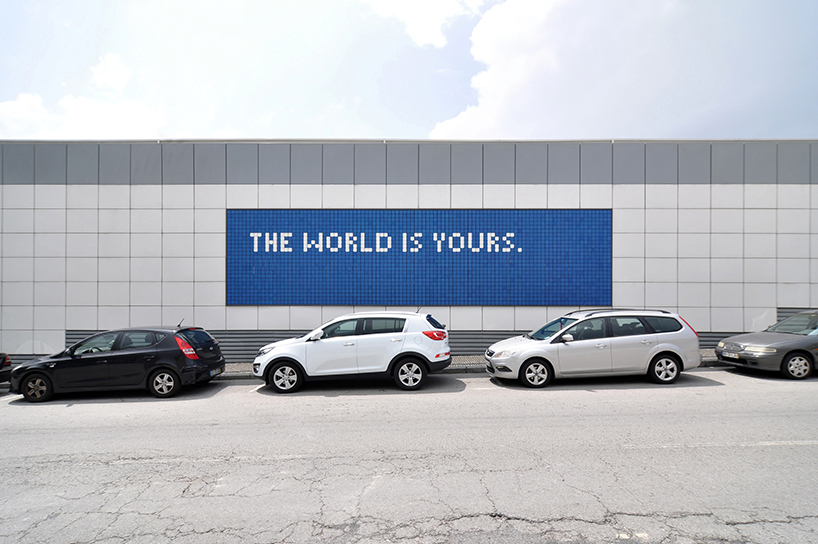 moradavaga’s panel with 11.00 by 2.80 meters was assembled with 2500 independent square pixels 10 centimeters-long sides, distributed by 100 columns of 25 pieces each in reference to the institution’s one-hundredth anniversary, fabricated as custom-made plastic boxes with two sides: white and blue in agreement with the club’s identity. this interface acts as a new tool of communication between the club, the fans and the city, one in which everyone is able to leave their messages in an ever-changing and evolving urban dialogue. 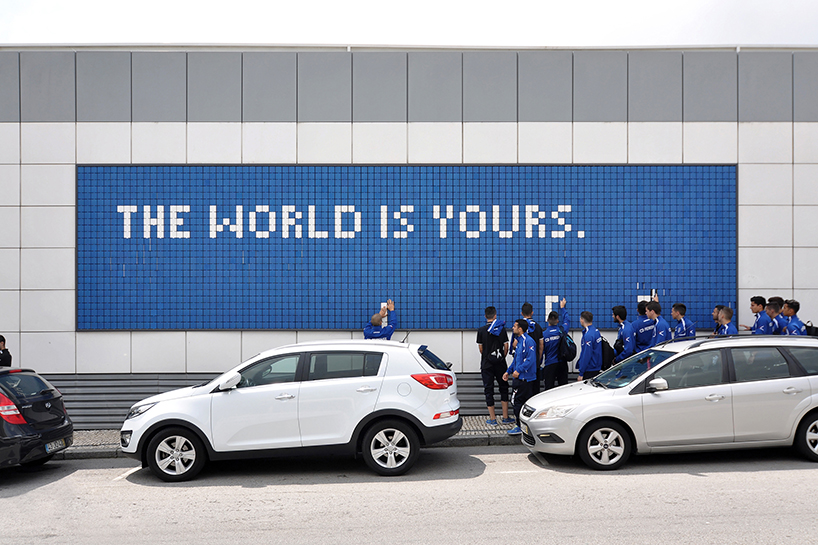 passersby interacting with the piece 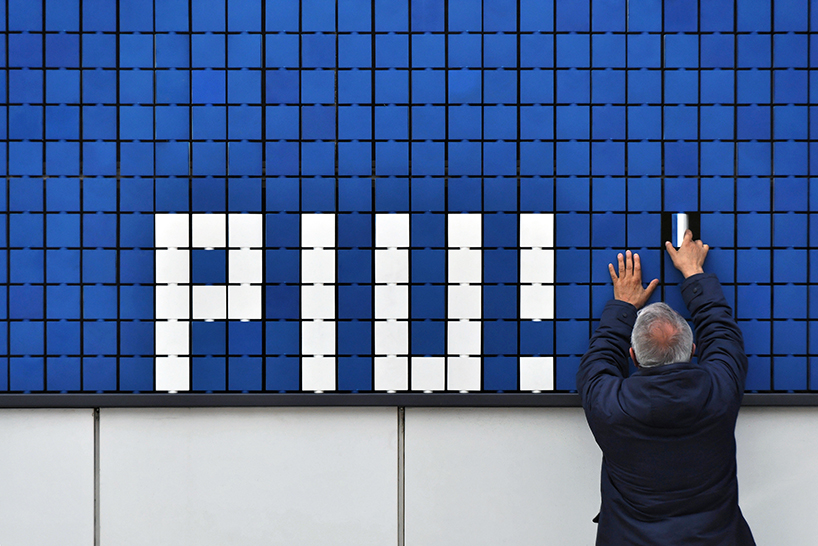 citizen leaving a message on the interactive billboard 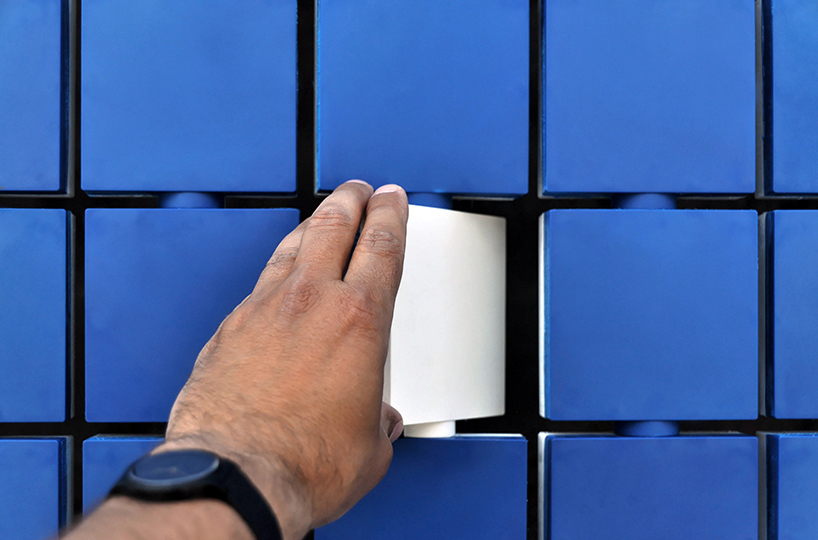 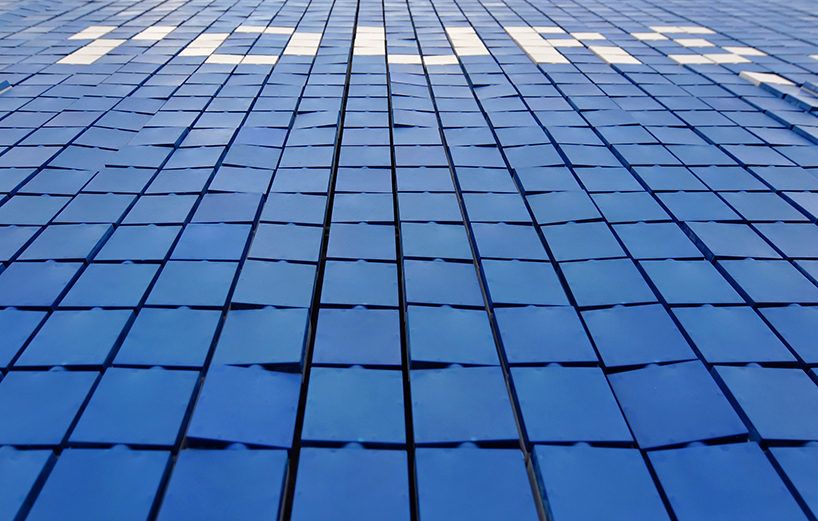 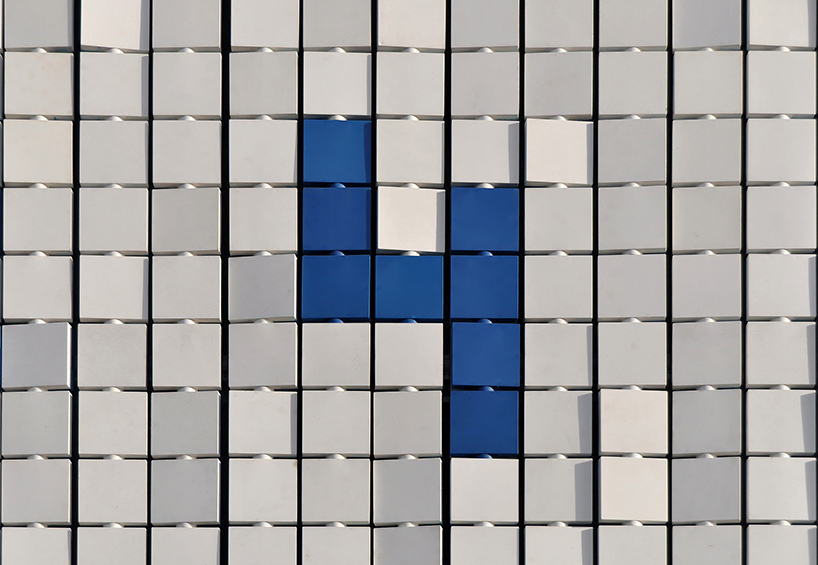 frontal view with the textured effect produced by sun light 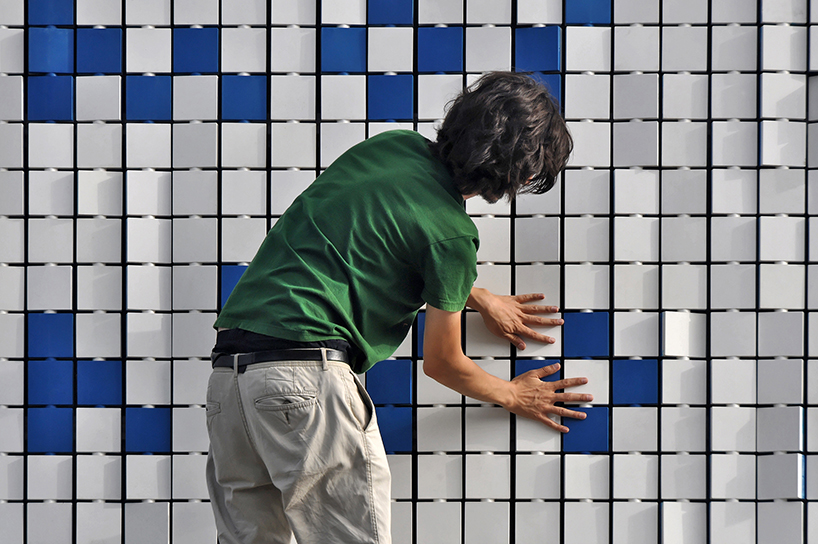 writing on the wall 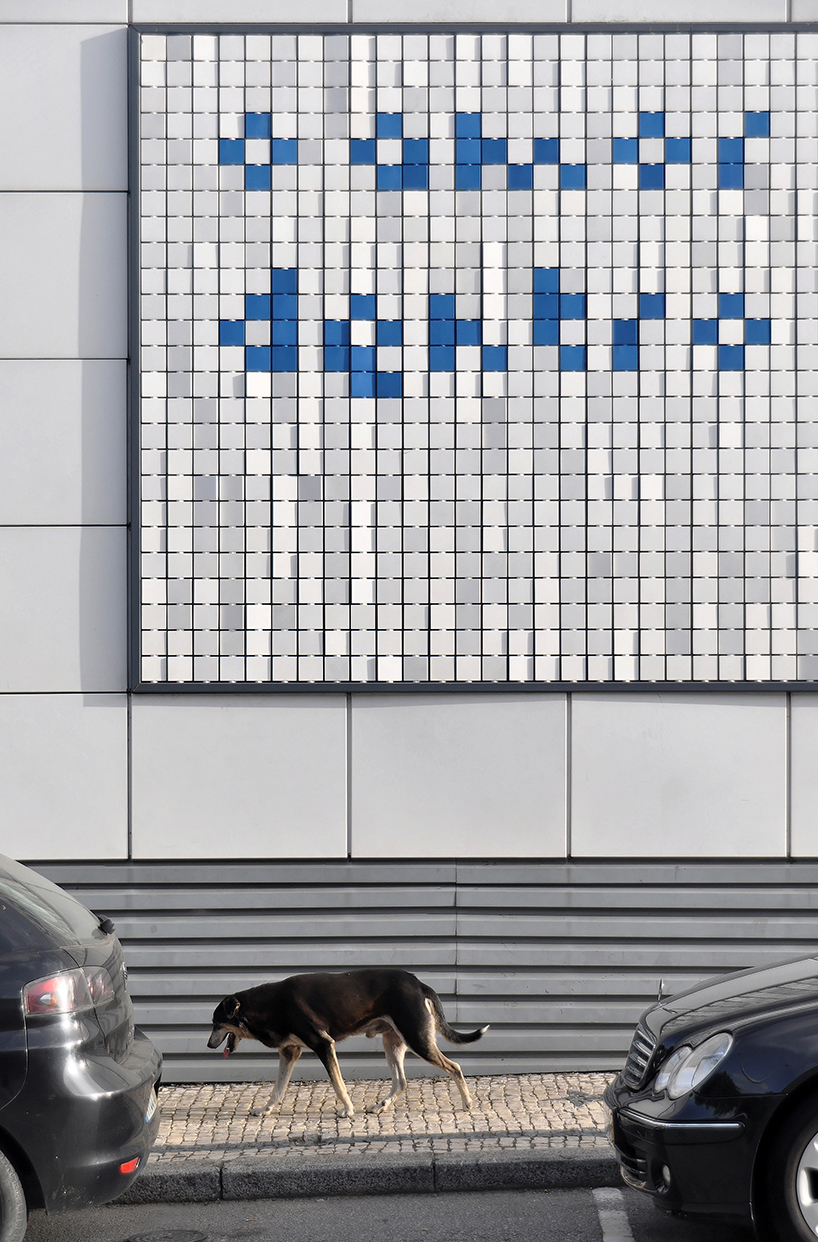 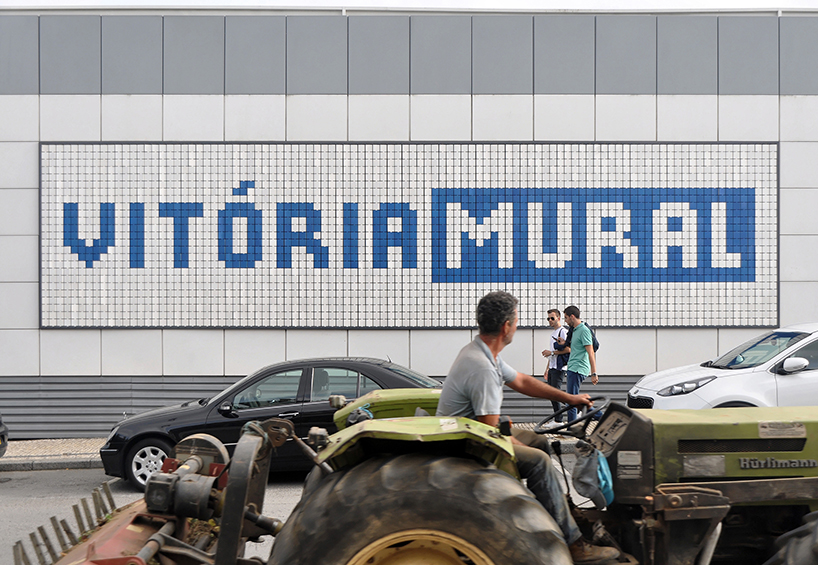 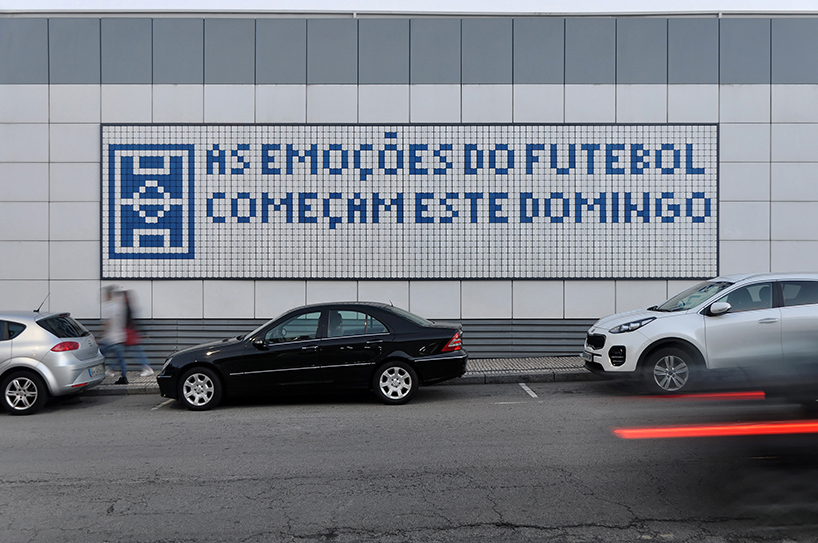 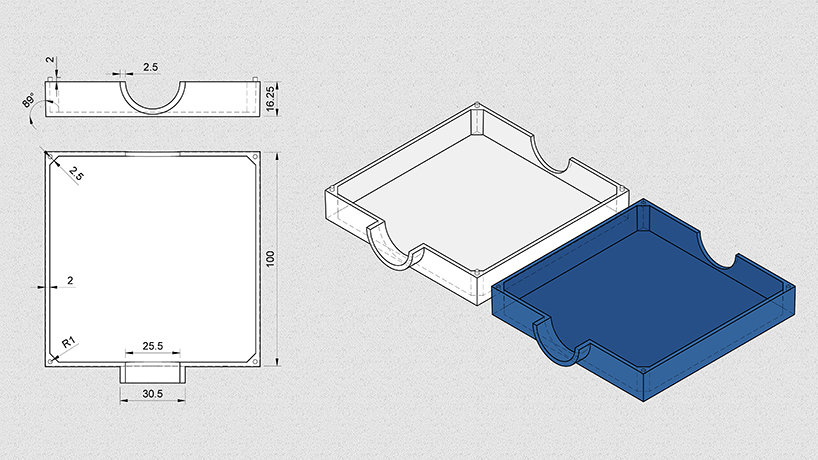 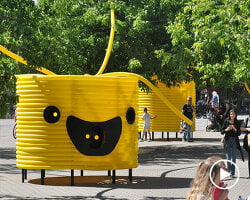 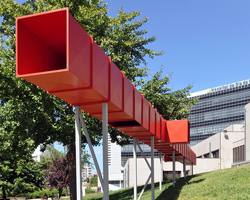 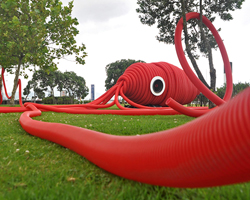 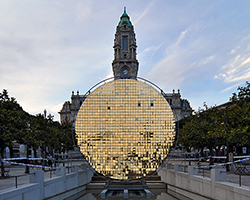 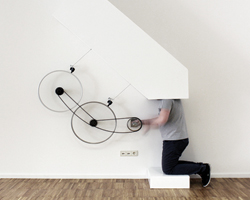