influenced by the 2017 taipei public arts festival’s theme, ‘story of a river’, italian-portuguese duo moradavaga have devised an interactive acoustic installation with a strong visual impact that could resonate with the aquatic memories of the old course of the keelung river an imaginative way. ‘kraki’ is based on the descriptions found since the late 13th century about legendary sea creatures named ‘kraken’ that probably inspired herman melville and jules verne on some of their most notable writings, like moby dick and 20.000 leagues under the sea. after last year’s installation ‘vernie’ on the island of são miguel in the azores, moradavaga’s giant squid finds itself in taipei. the giant art installation allows visitors to interact with each other by speaking and hearing through the tentacles’ ends and eyes of the giant aquatic creature. the creative duo believes that in the near future, this type of giant squid or similar animals could be spotted randomly in various locations around the globe, as a kind of imaginary ambassadors of the sea. 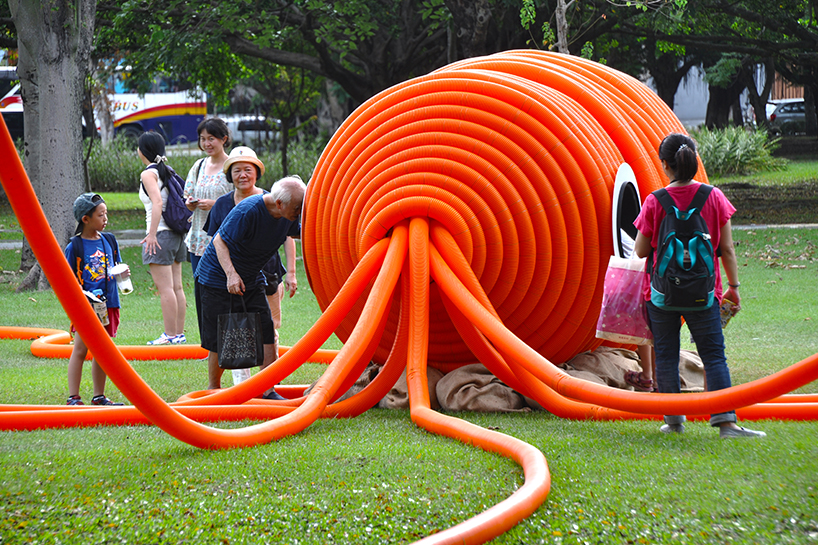 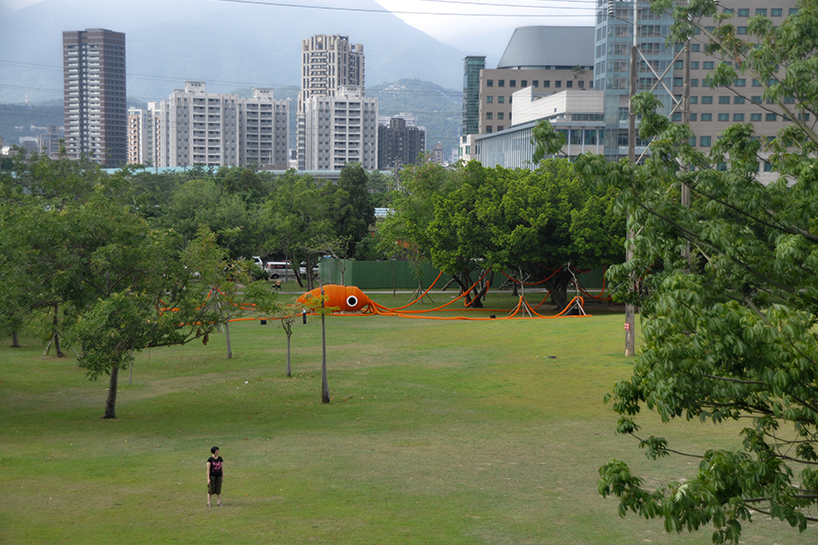 ‘kraki’ the giant squid is the great-great-grandfather of ‘vernie’, which was seen last year at the azores islands 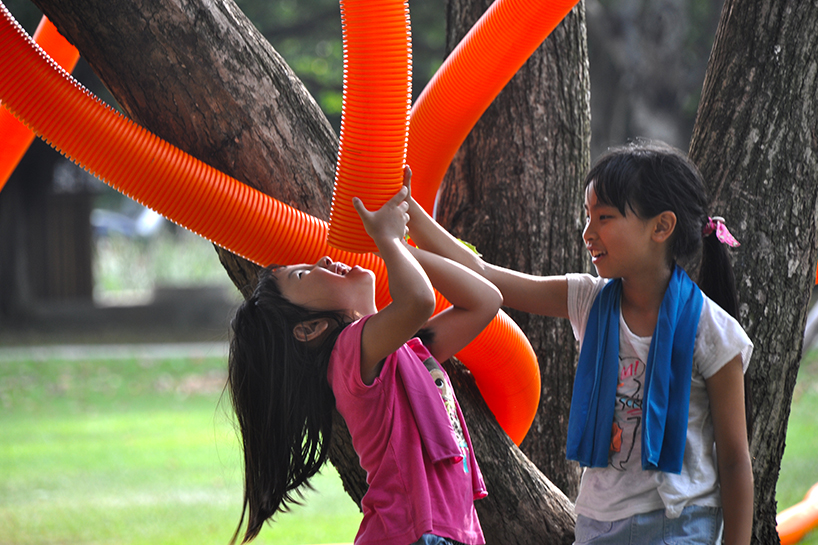 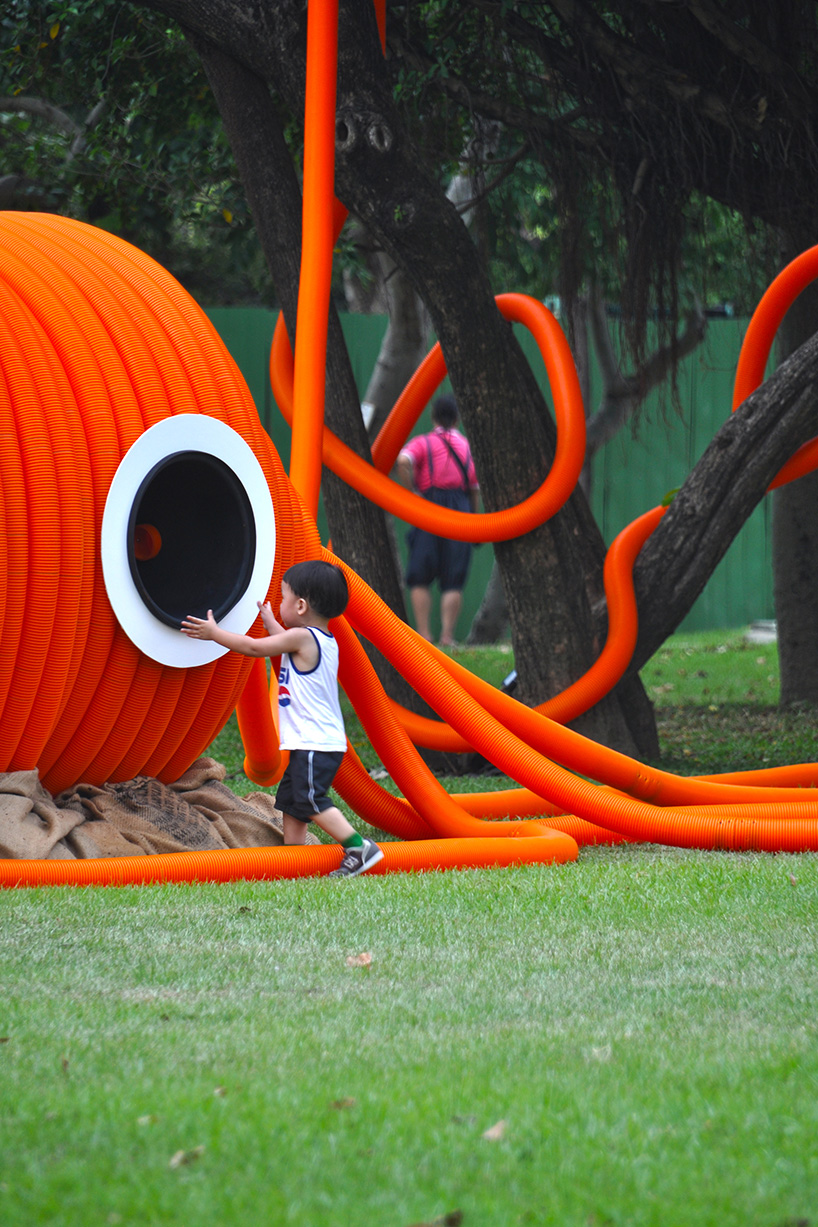 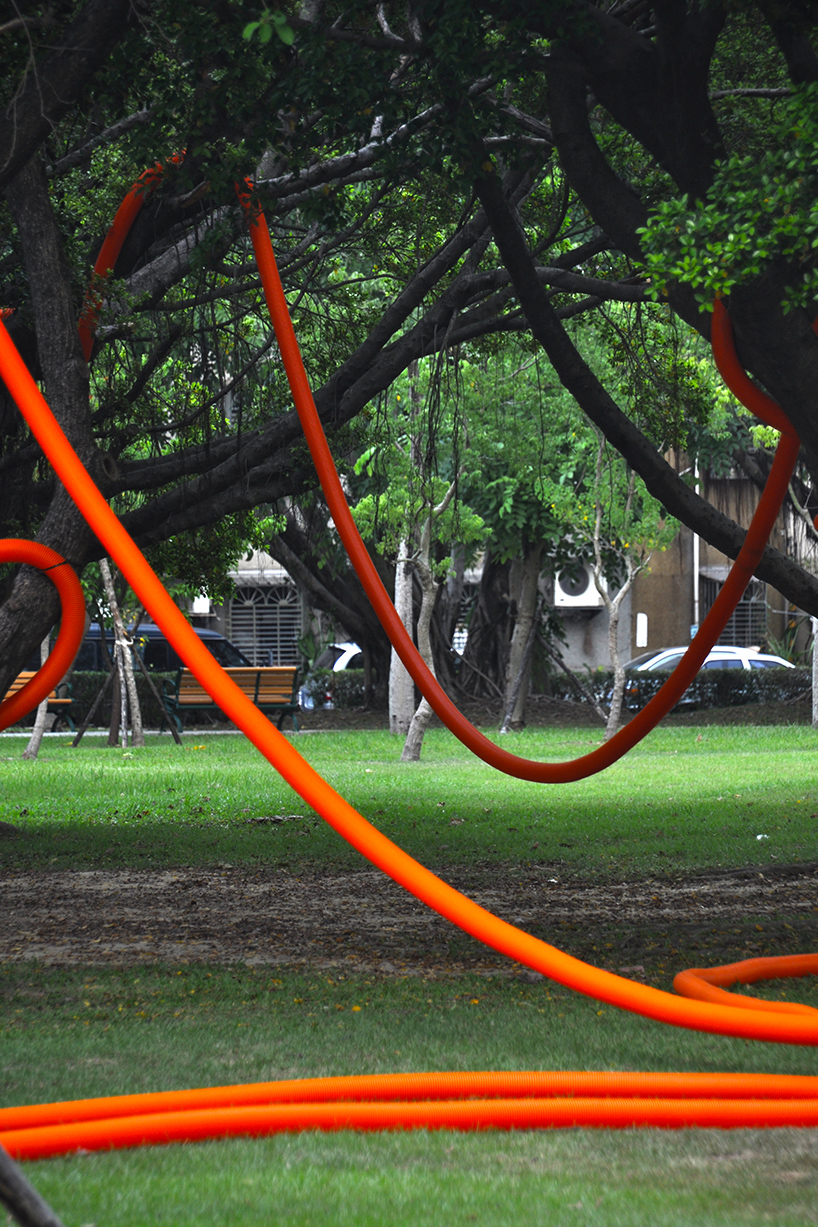 moradavaga believes that in the near future, this type of giant squids or similar creatures could be spotted randomly in different places around the globe 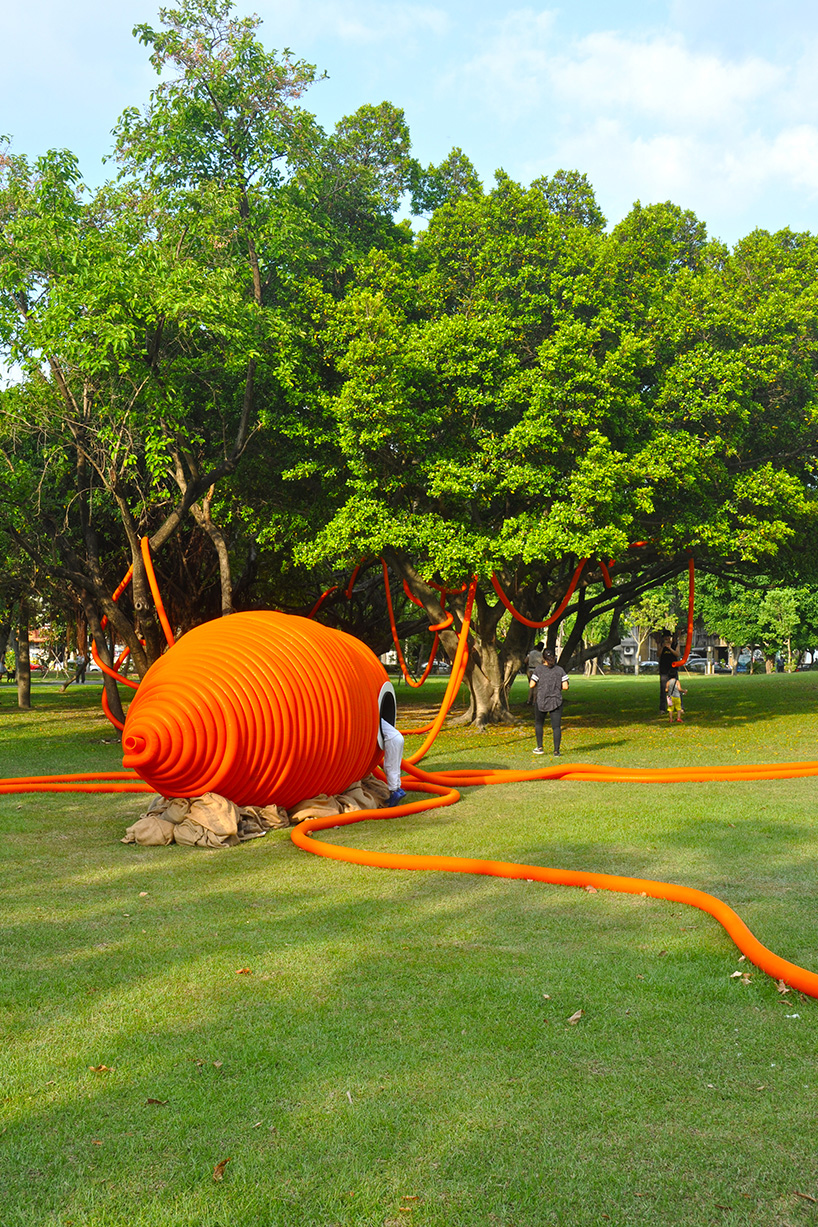 the installation is made from orange electric cable protectors 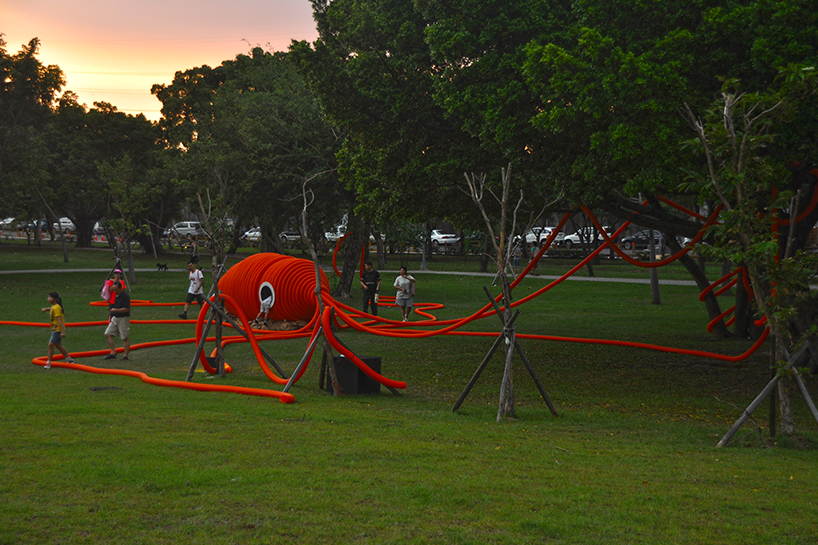 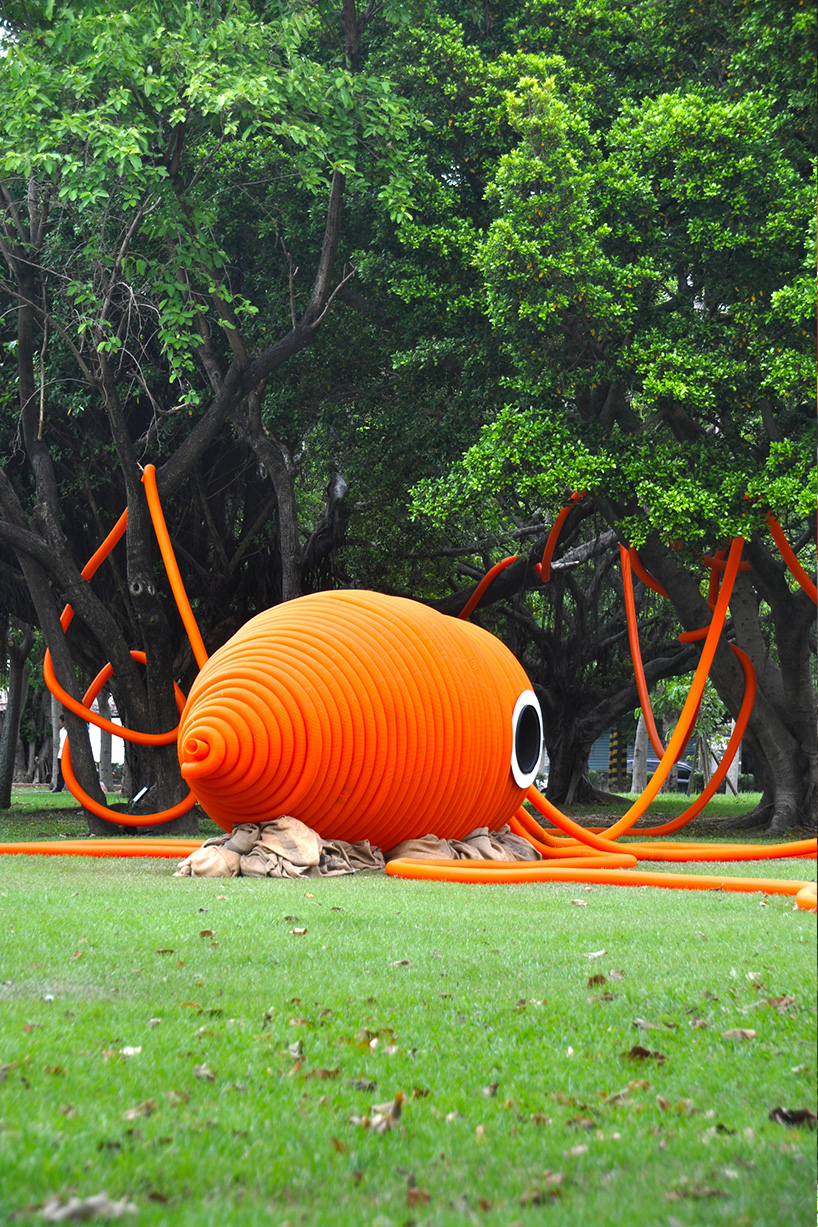 the site-specific art piece is set in the meilun park in taipei, taiwan 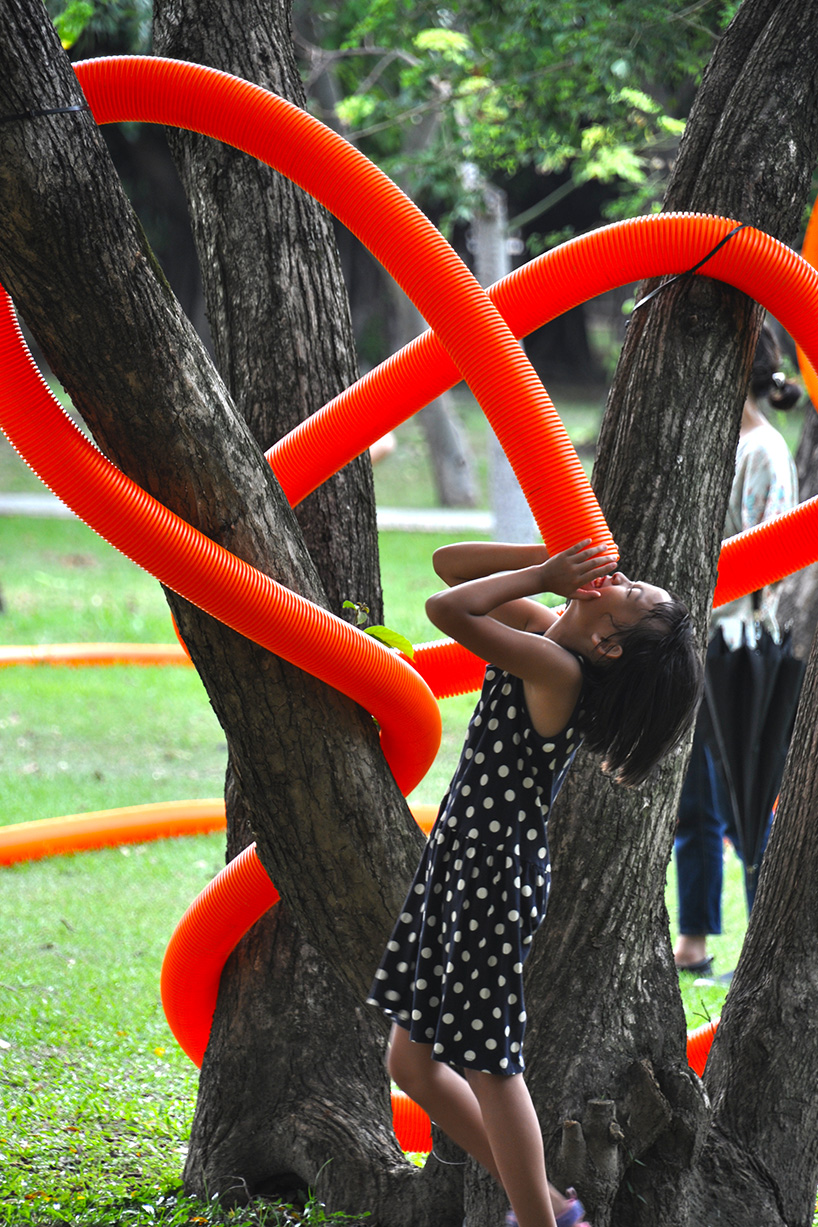