in the ‘zocalo’ square, the heart and most significant public space in mexico city, morag myerscough and luke morgan have realized a landmark installation that encourages visitors and passersby to consider their surroundings. commissioned by abierto mexicano de diseño festival and the british council, ‘mirar — ways of seeing’ is a monumental, building-sized camera obscura. installation onlookers can enter the colorful chamber through a large portal situated on a scaffold-supported structure. this raised platform allows visitors to view the familiar plaza in perspectives and angles never before experienced. once inside the dark room, the camera obscura effect works to create an upside-down, two-dimensional projection of the outside environment. 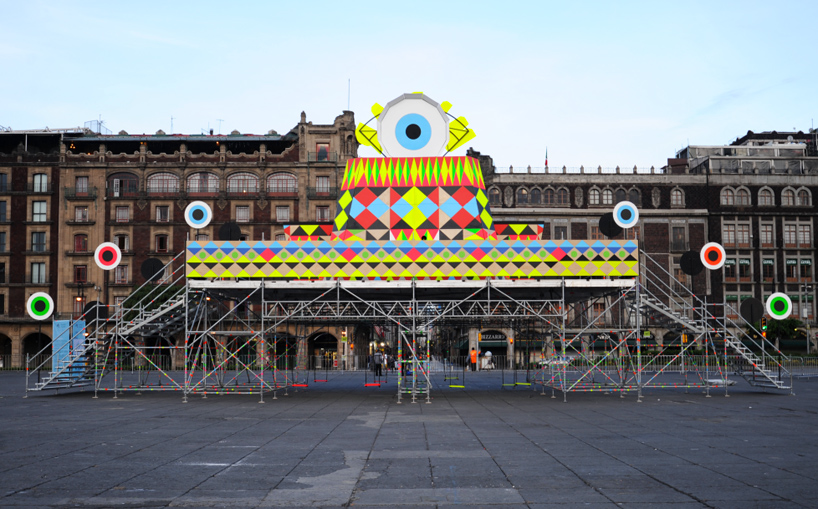 ‘mirar — ways of seeing’ is a monumental, building-sized camera obscura

the phrase ‘look & see’ on the top of the installation, coupled by a giant eye, reiterates the artists’ appeal to visitors to appreciate the sights and sounds around them. similarly, a series of swings fixed underneath the platform allow people to stop and rest within the plaza, while simultaneously participating in an activity that is not familiar to the area. by sharing this unexpected view, the artists hope that local people and passersby may see things they would normally ignore in a new light. 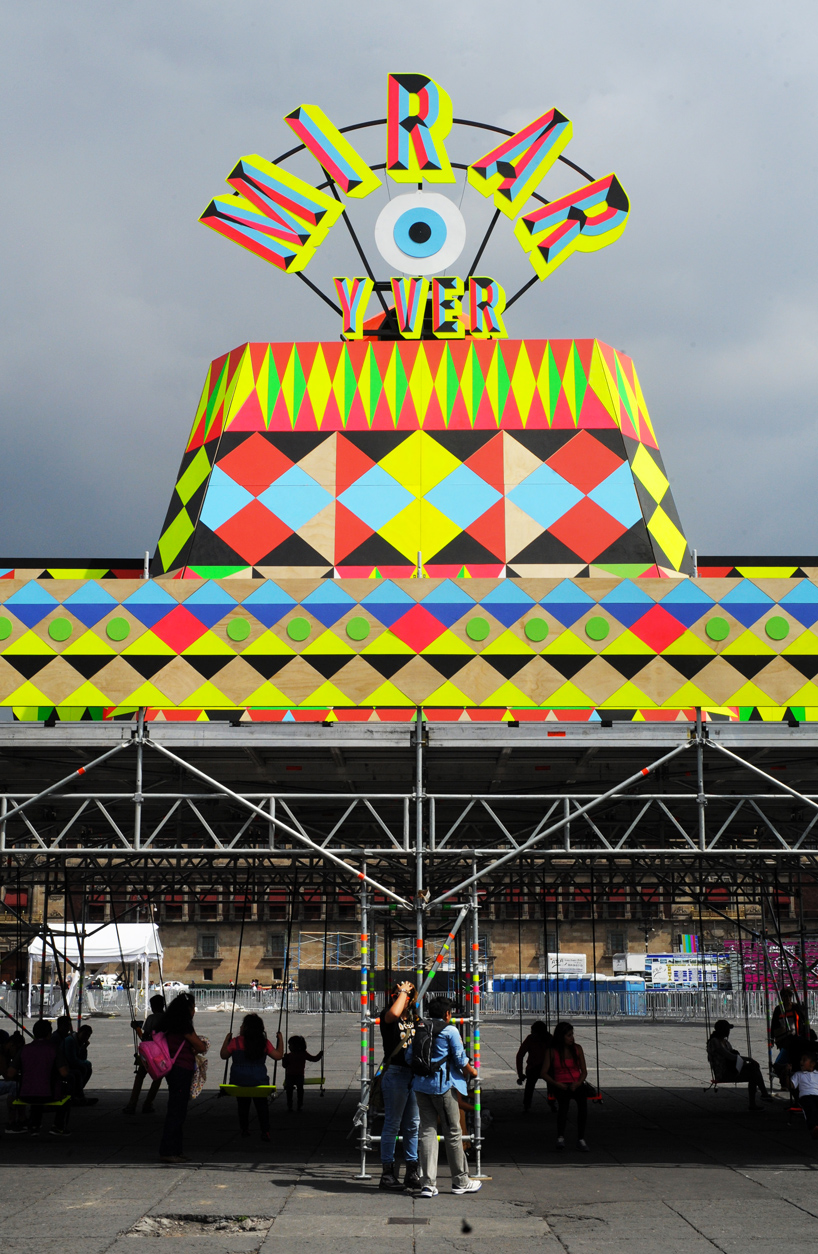 the phrase ‘look & see’ is situated on the top of the installation, coupled by a giant eye 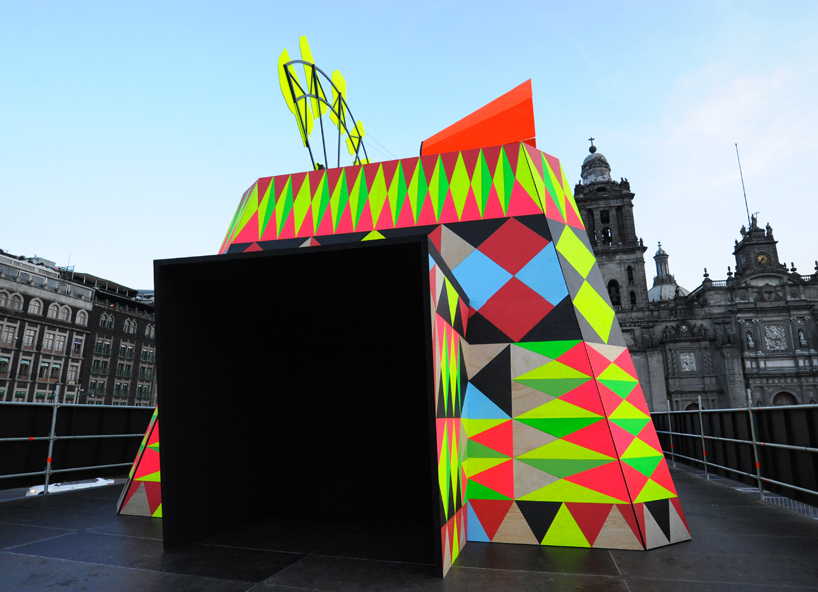 visitors enter the building-sized camera obscura through a dark portal 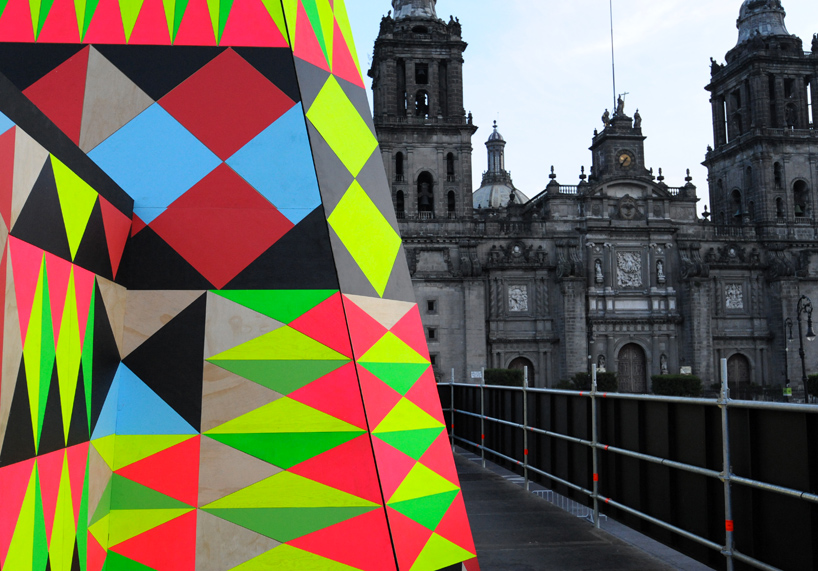 colorful geometries made from wood contrast the surrounding landscape 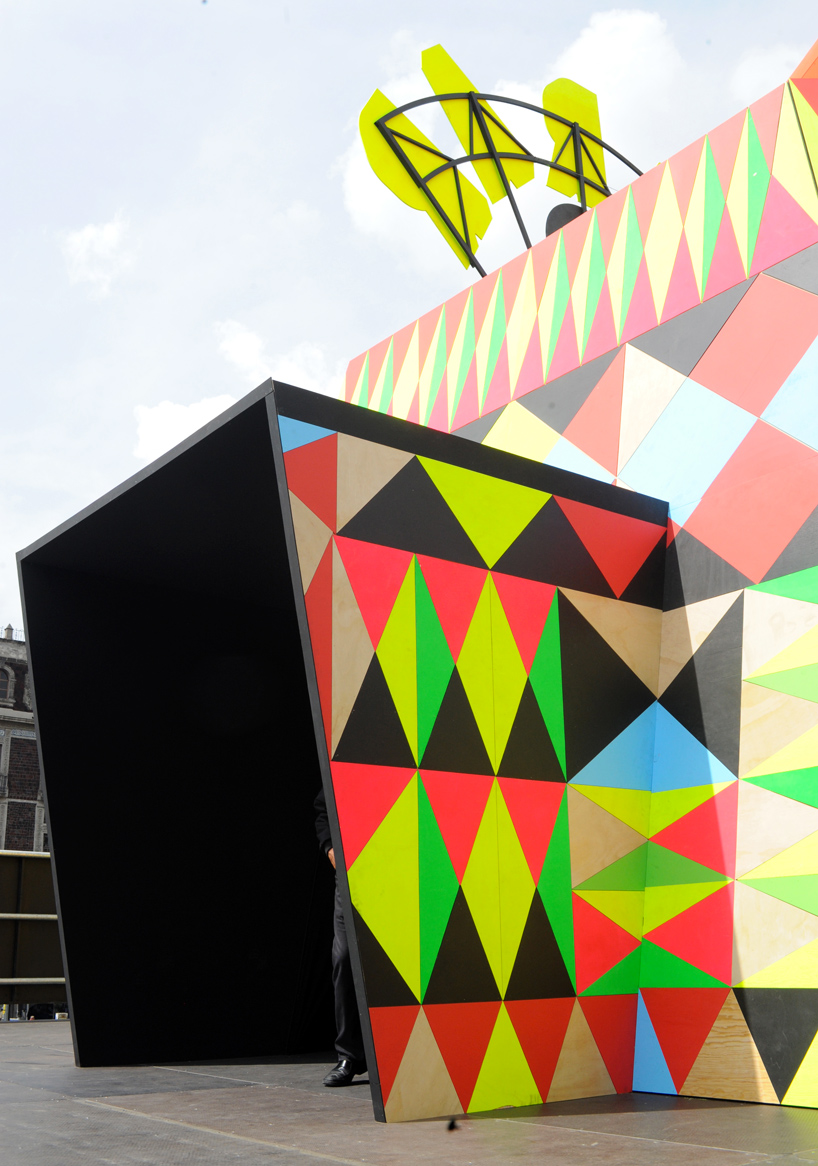 the installation encourages visitors to stop and appreciate their surroundings 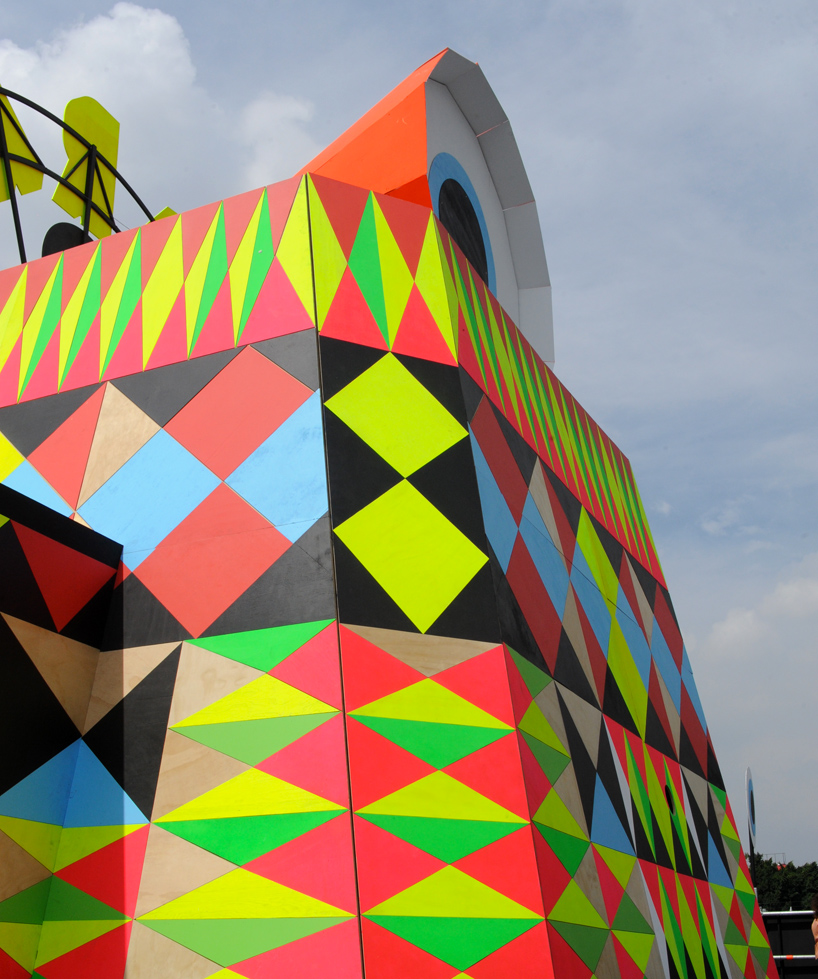 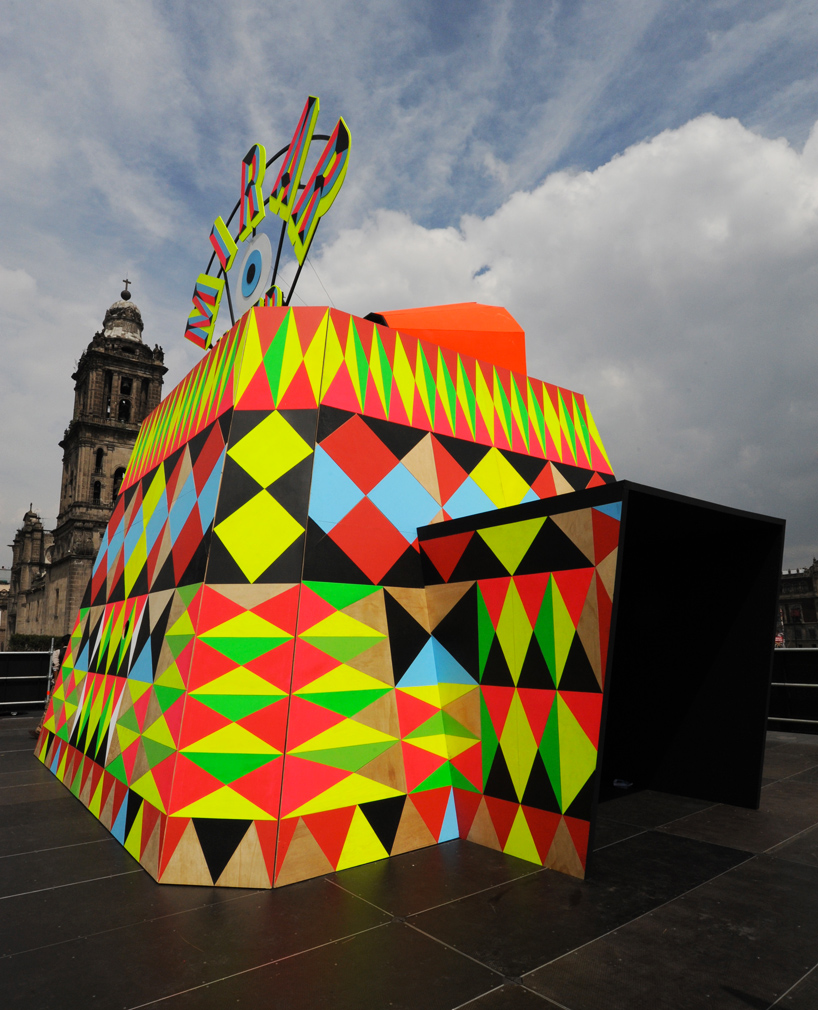 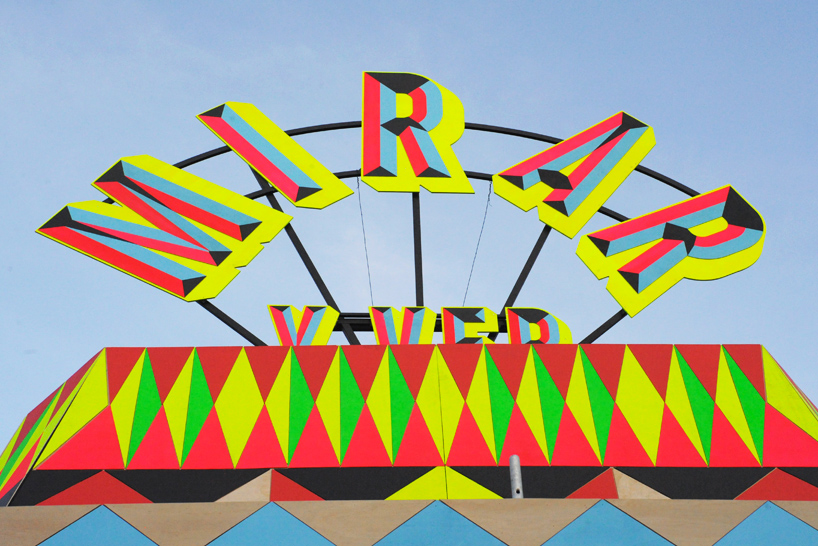 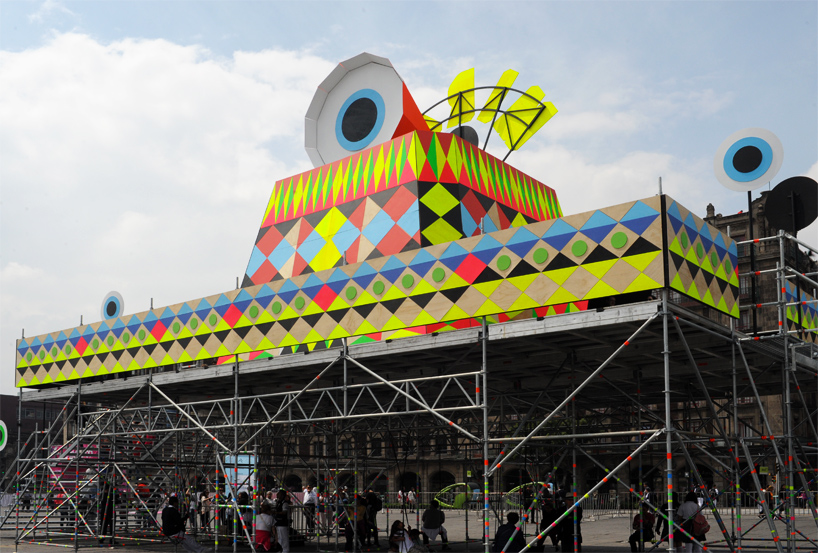 a scaffold structure is fixed with swings, that allow people to enjoy the landscape 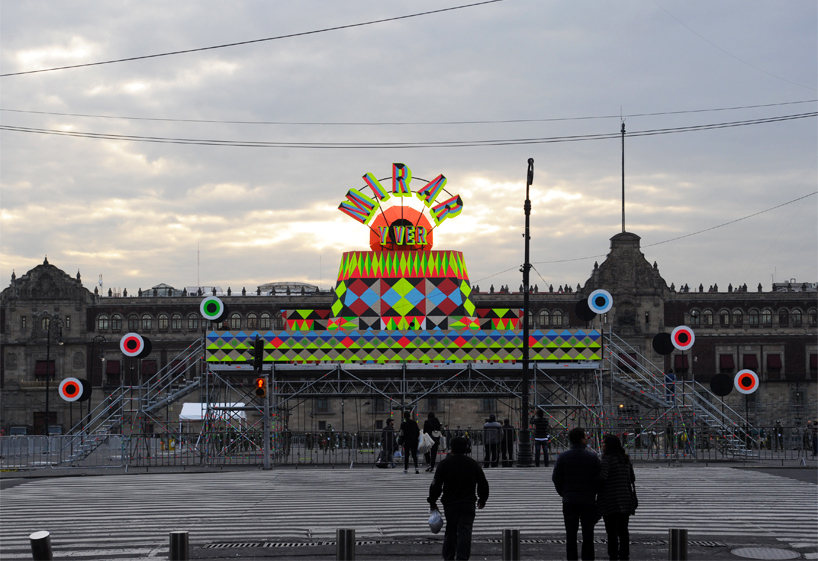 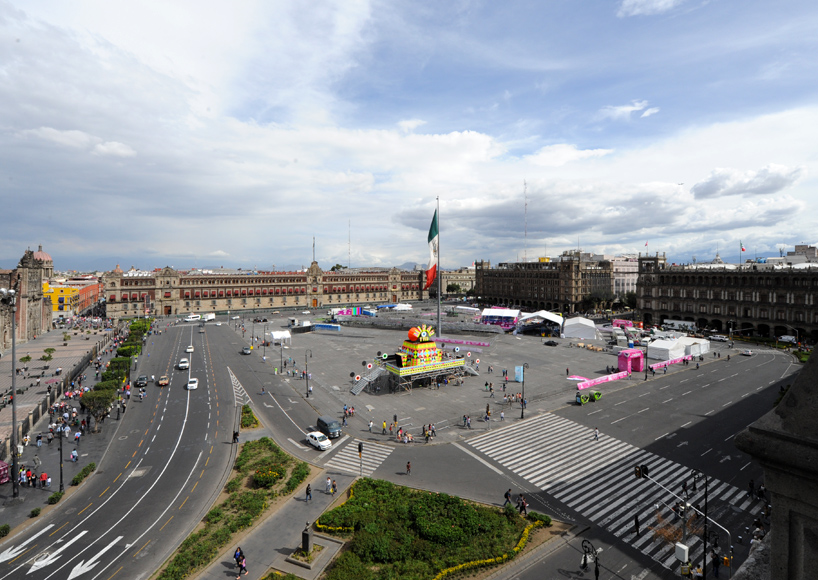 zocalo square from above, with the eye-catching installation front and center

read our interview with graphic artist morag myerscough about her influences and the evolution of her work on designboom here.