in an eye-catching photography series, mother and daughter, ji jing and jia zhi, capture themselves standing naked in front of abandoned, ruined sites of china. the project intends to discuss the irresistible force of time with an unexpected, raw, yet beautiful approach. 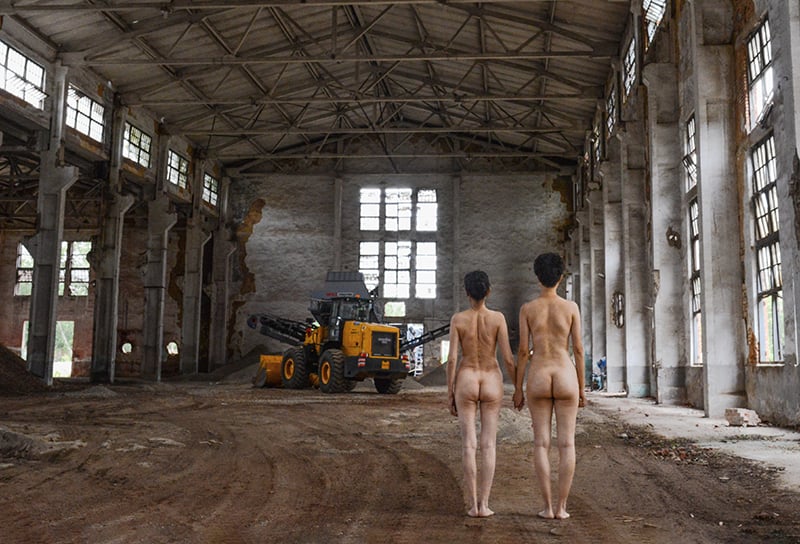 ji jing and jia zhi are obsessed with the ruins for not exactly the same reason. for the mother, the old world whose existence is proved by the ruins happens to be the one she experienced personally. meanwhile, the daughter has developed a strong curiosity about stories on what happened, what caused people to leave, what happened to these people after leaving. for her, the ruins do not only reflect the changes of an entire era, but also a collection of real, intimate stories of several individuals. 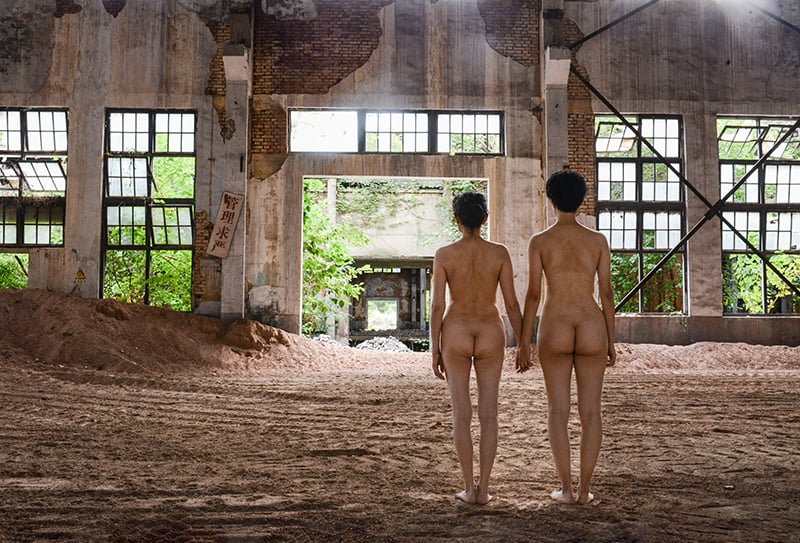 the photography collection explores the concepts of impermanence and transience of things in the world, under the force of time. in the images, the ruins are portrayed in a similar manner, as the products of time, proving the existence of a reality that passed. ‘the ruins contain the temptation of death, but after all, they have not completely turned into mud’ ji jing and jia zhi share. still, they seem lonely, lost, decadent, and dying. 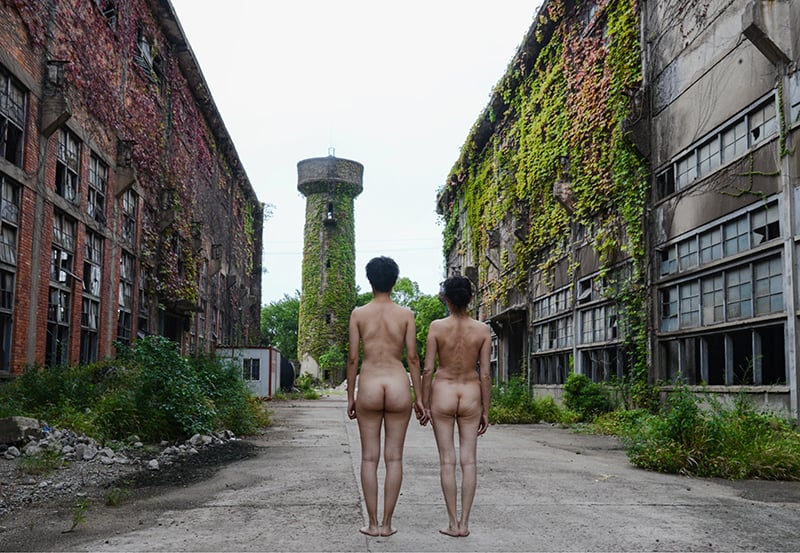 the mother and daughter hope to participate frankly and nakedly in the venue and talk to time. their completely naked state allows them to approach the issue, in a more private, personal, and honest manner. their nudity also serves as a symbol of challenge to traditional family structures and relationships, or even as a representation of a certain degree of resistance. after all, the artistic creation of the naked body seems to be becoming more and more difficult under the current domestic policy. 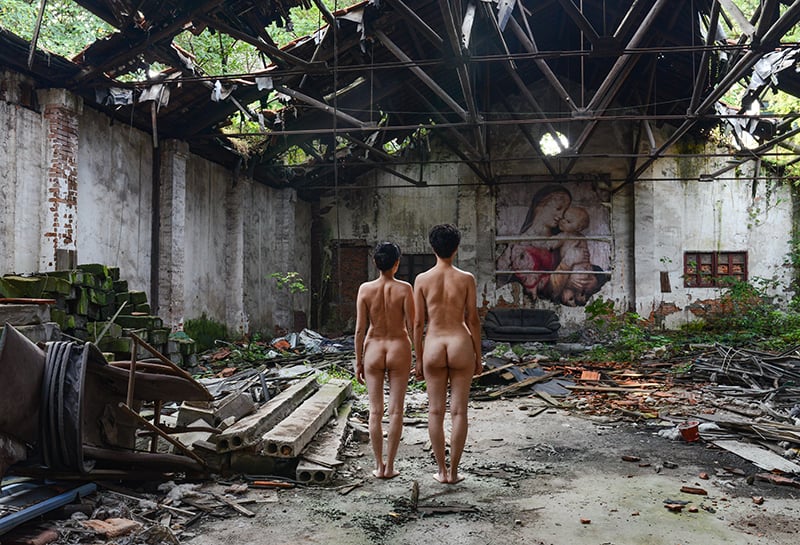 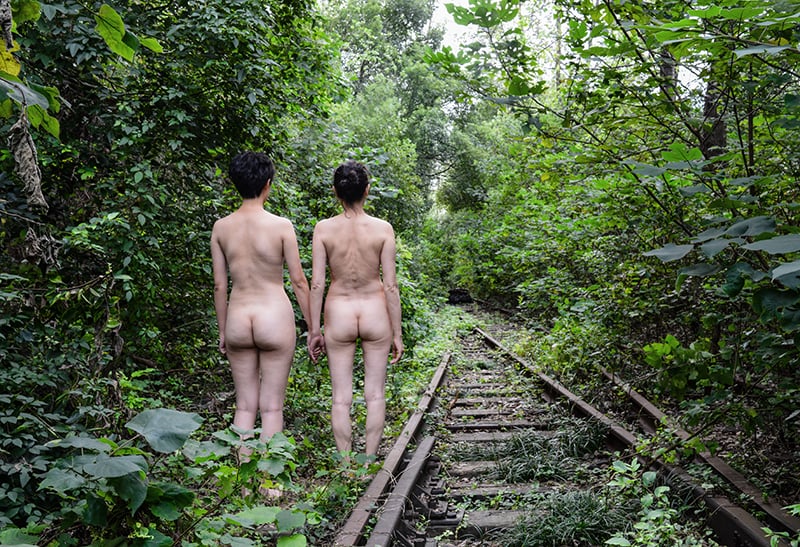