inflatable structures looks at contemporary architectural and design projects, including habitable spaces and artistic installations, and the diverse materials and unconventional forms employed in their realization.
norberto miranda forms inflatable beans to host exhibitions in mexico
Aug 19, 2019
sknypl inflates sculptures for urban garden in korean rooftop
Aug 06, 2019
the pizza pool float is perfect for enjoying a slice of summer
Aug 03, 2019
WAO aesthetically combines the weightlessness of water with the euphoria of bouncing
May 10, 2019
in synthetic cells, michael rees layers inflatable vinyl structures with augmented reality
Oct 25, 2018

in celebration of mother’s day in the UK, and in hopes of raising awareness around the social stigmas of breastfeeding, a london-based creative agency added a surprising, oversized breast to the streets of shoreditch. as part of its #freethefeed campaign, mother topped an ordinary brick building in the east london district with an enormous, inflatable breast-shaped balloon. nearby, flyers posted on the walls offered insight into the pop-up initiative’s intent, elaborating on its objective to spread a social message, rather than to merely induce shock. 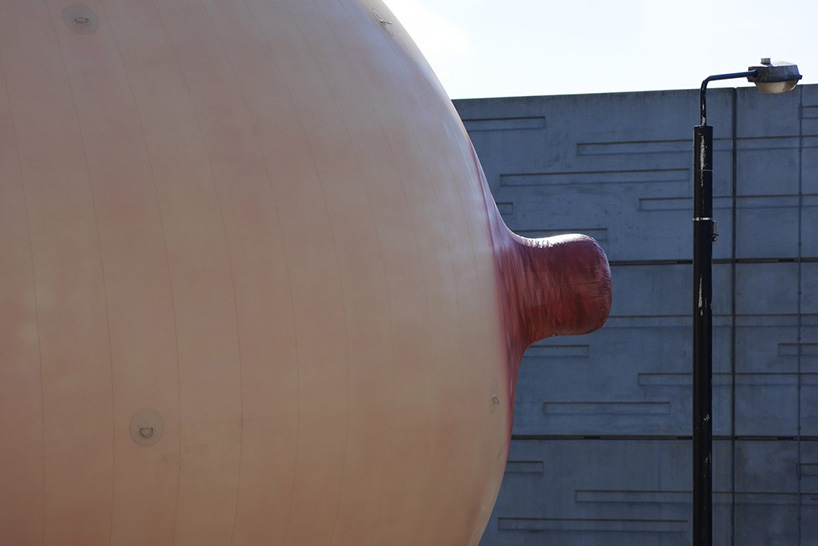 the insertion of the round inflatable anatomy aimed to generate a conversation about motherhood, specifically the stigmas that surround breastfeeding. mother london explains the campaign’s intent in more detail in a blog post: ‘it’s hard to believe that in 2017, UK mothers still feel watched and judged when feeding in public, by bottle or breast. this was our mother’s day project. a celebration of every woman’s right to decide how and where they feed their children without feeling guilty or embarrassed about their parenting choices.’ 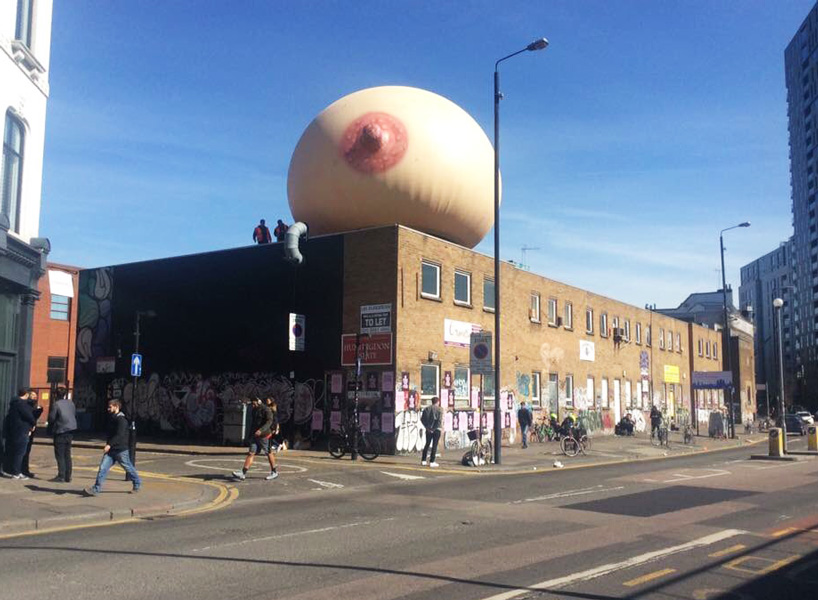 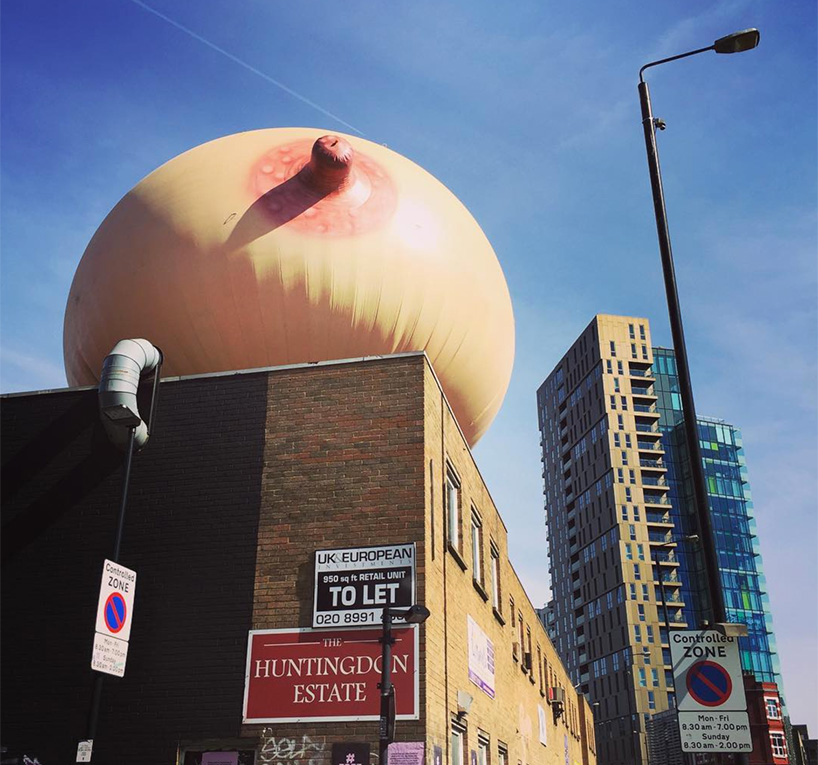 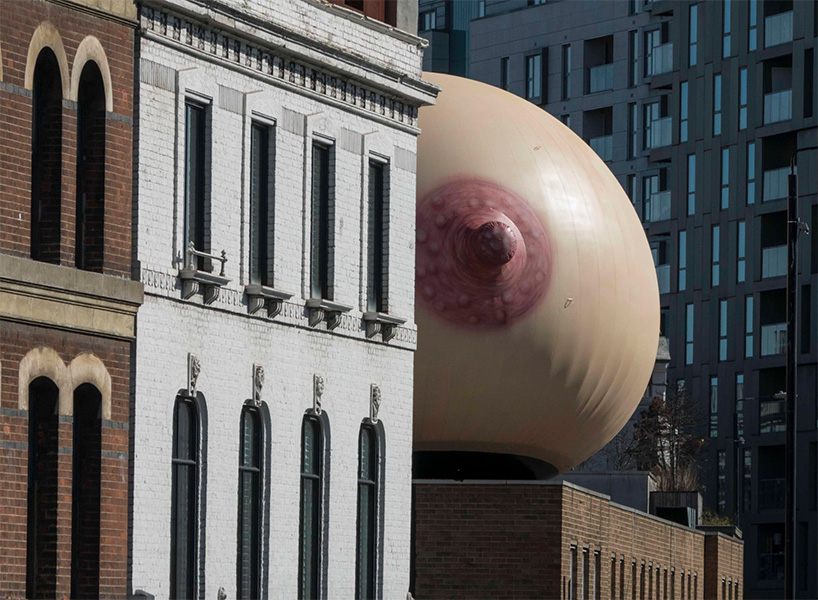 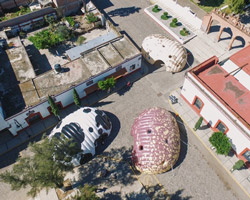 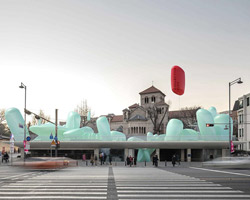 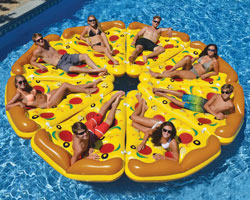 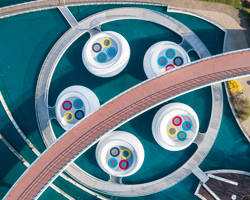 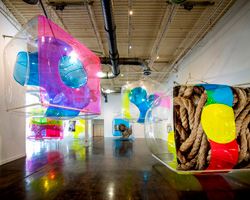 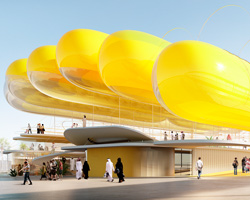