as a testimony to the rich cinematic culture of south india, the images by german photographers stefanie zoche & sabine haubitz document the vibrantly-colored façades and abstract architectural facets of movie theaters. ‘we are particularly interested in the culturally influenced reinterpretation of modern building style apparent in the architectural style‘ the artists describe ‘which displays an unusual mixture of modernism, local architectural elements, a strong use of color and, in the case of some older cinema halls, of art deco.’ 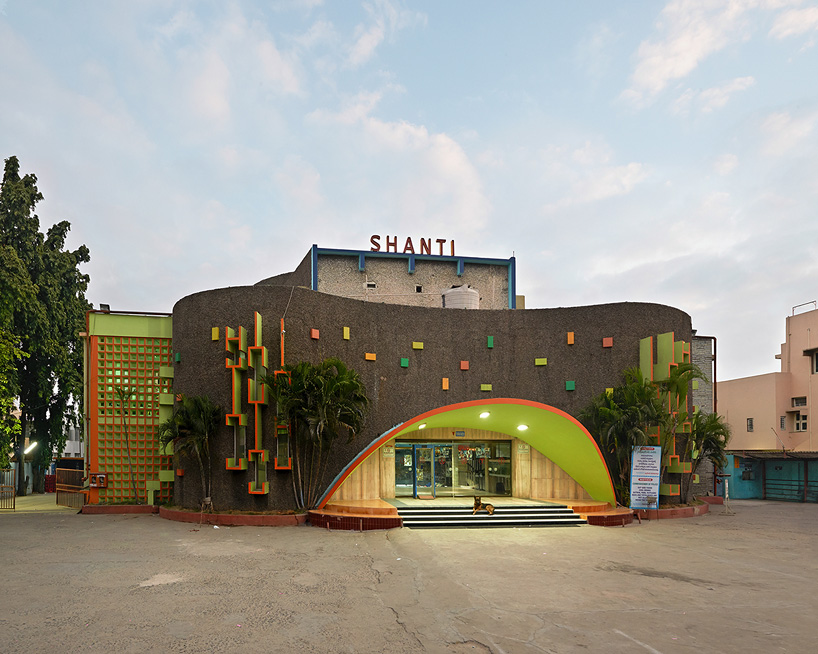 ‘hybrid modernism’ emphasizes the architecture’s distinctly theatrical character, with neon green and pink, and hot red and yellow animating the otherwise static site. large letters emblazoned on the cinema building draw a distinct reference to western influences prevalent in south india, while the bollywood boom of recent years has been an unmistakable local source. the series of photographs is presented at nusser & baumgart, munich from october 9th, 2014 to november 15th, 2014. 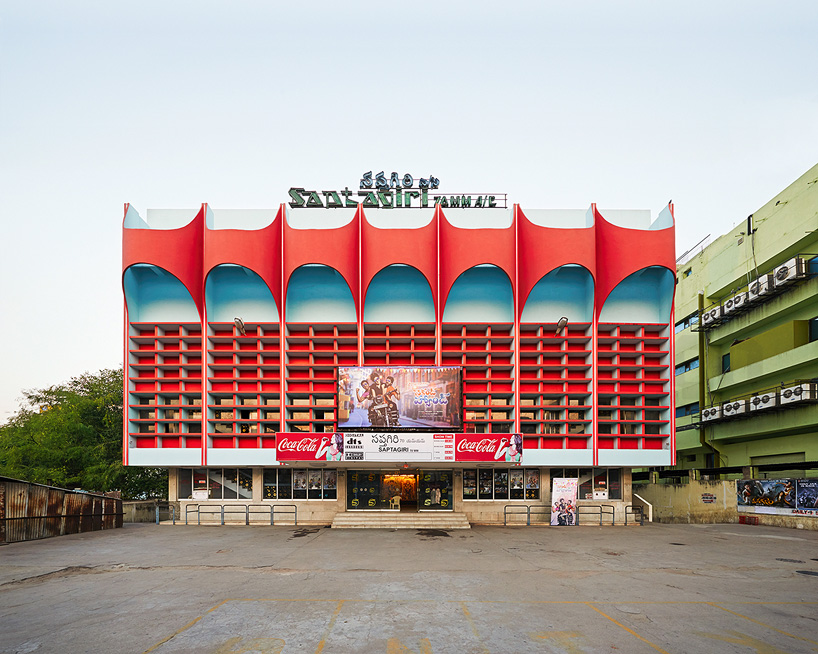 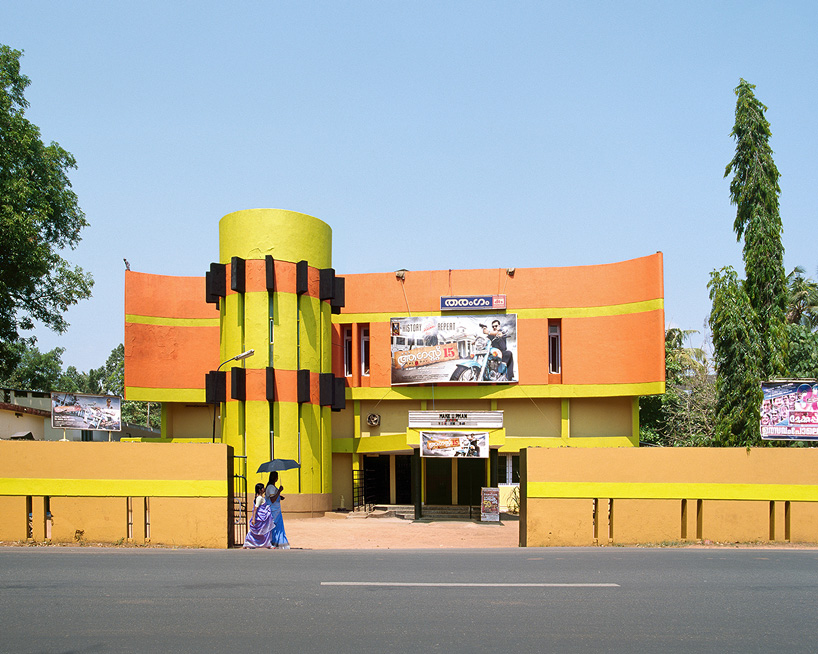 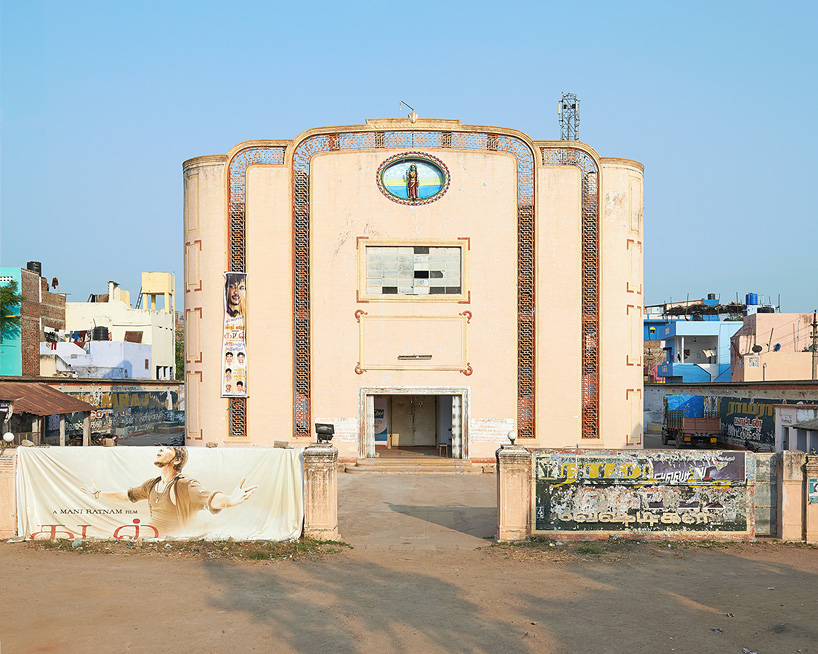 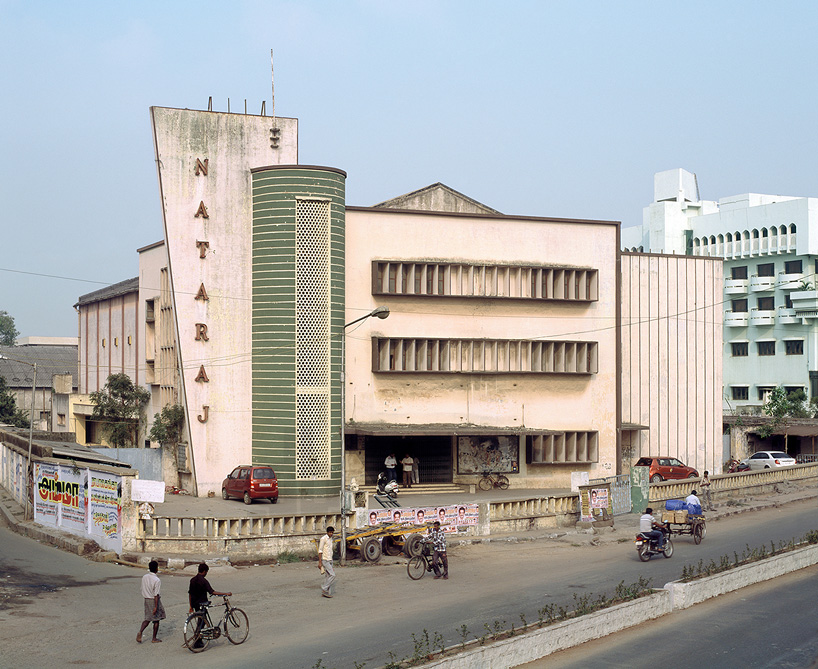 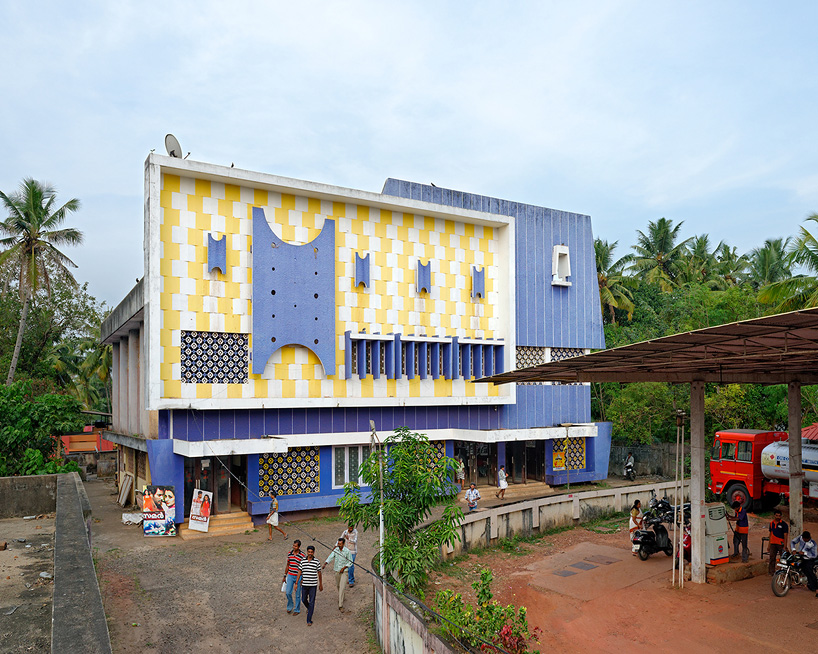 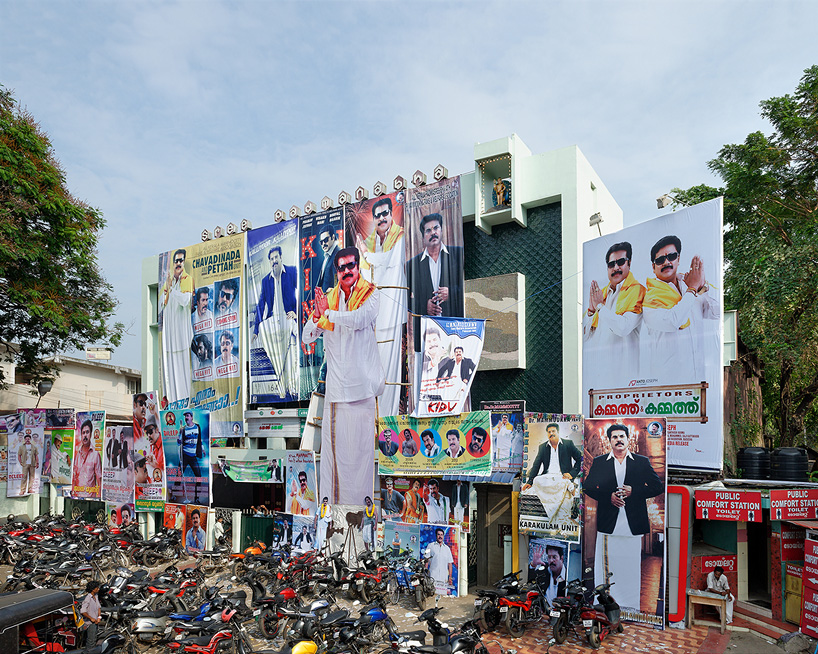 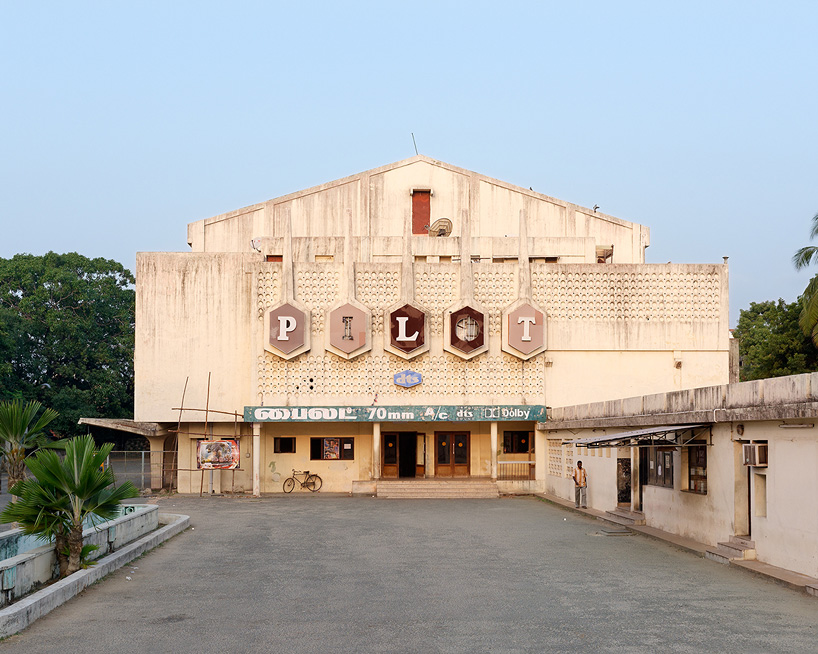 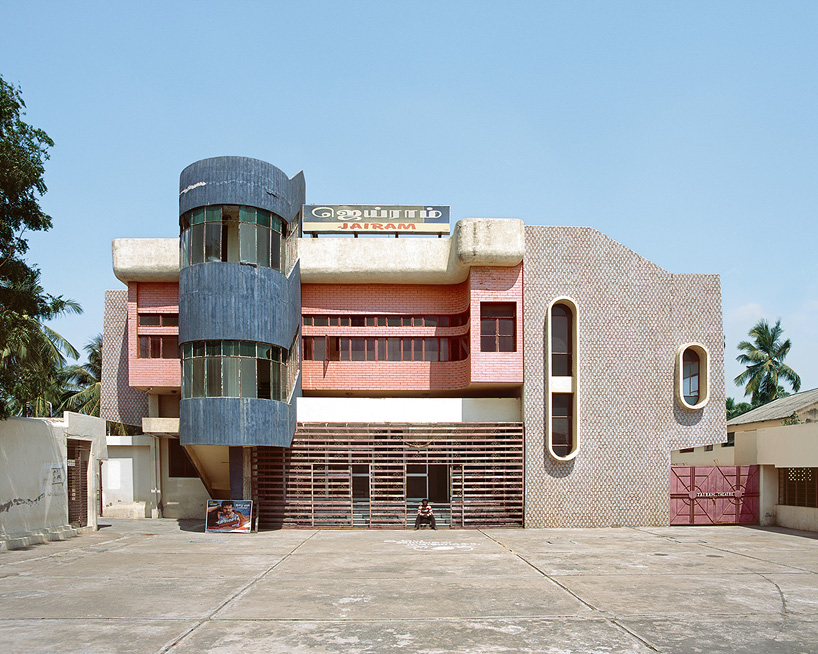 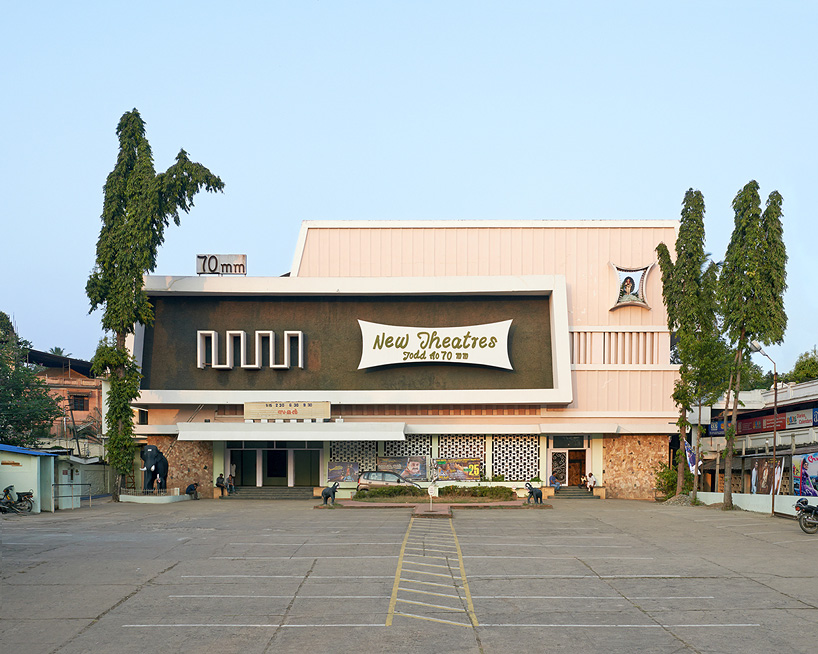 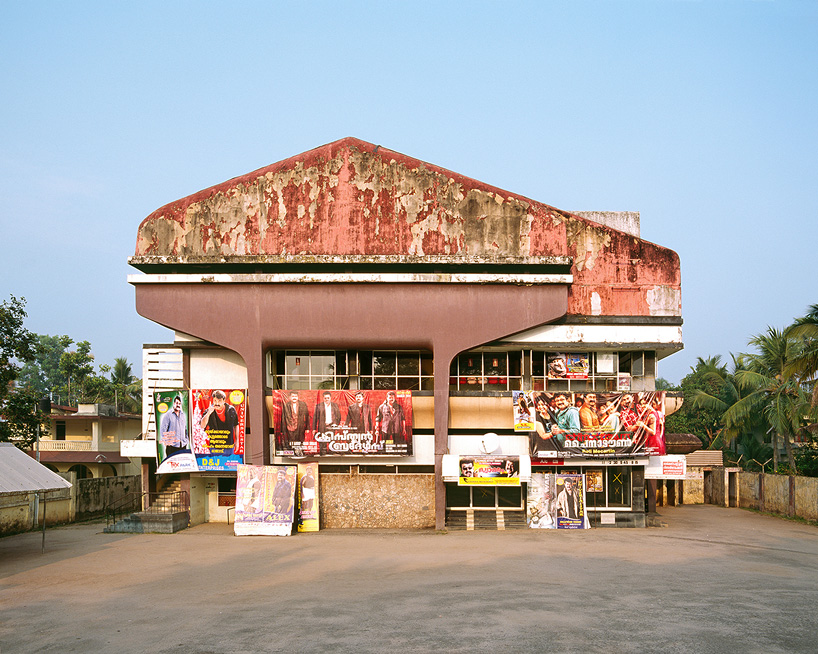