the 1in11 campaign is held in partnership between global organizations UNICEF, the FC barcelona foundation and reach out to asia (ROTA), who are coming together to harness the power of sport and education to ensure that disadvantaged children across the globe, integrating sport and play into education which has the potential to trigger a child’s potential.

supported by FCB footballer lionel messi, who is the UNICEF goodwill ambassador and president of the leo messi foundation, the initiative draws attention to the 1 in 11 children across the globe (approximately 58 million kids worldwide) who are out of school; and aims at equipping them with the right tools and programs to reach their full potential. 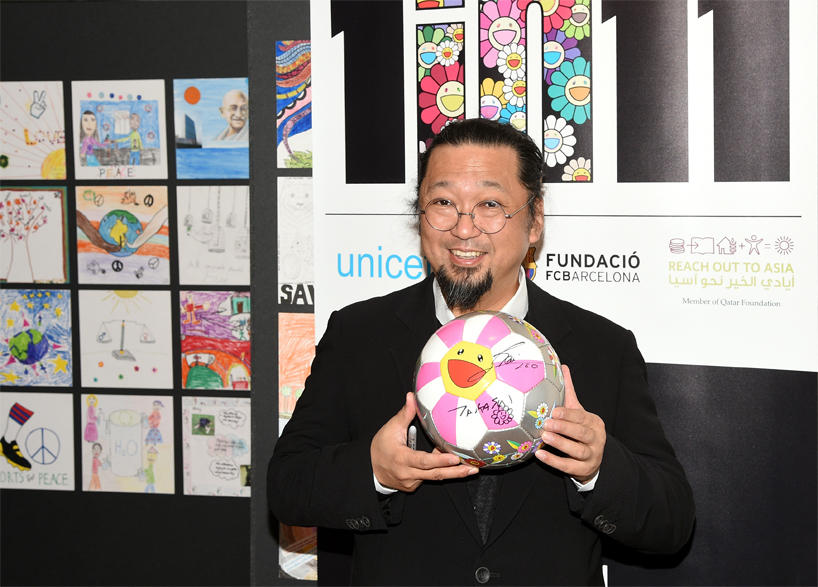 takashi murakami with a football featuring his signature psychedelic graphics

the initial 1in11pilot project will focus on bangladesh, indonesia and nepal — where ROTA and UNICEF have already proven success and developed expertise in running educational programmes that bring a better standard of living and possibilities to marginalized children. to raise funds for the venture a charity auction is being held at sotheby’s london on february 12th, 2015. artists takashi murakami and damien hirst had contributed works that have been especially conceived for the auction (portraits of messi himself, depicted in their respective signature styles), while a roster of other creatives have donated pieces to the cause: etel adnan, yousef ahmad, manal al dowayan, dia azzawi, jenny holzer, jeff koons,  shirin neshat, marc newson, yan pei-ming, cai guo qiang, eL seed, richard serra, wael shawky,  luc tuymans, francesco vezzoli. 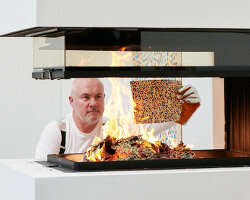