photographer murray fredericks has a deeply personal relationship with lake eyre — the largest salt lake in his native australia. in 2001, during his first visit to the site, fredericks wandered away from his campsite one night. finding himself alone in the darkness, he experienced an unfamiliar and powerful sensation of calm — a release from the ever-present anxieties of everyday life.

since then, fredericks has taken nearly two dozen journeys to the lake, documenting — sometimes for weeks at a time — the vast and seemingly infinite landscape. fredericks sees the land as a medium in itself, having the potential to convey the sentimental aspects of his connection to the place. 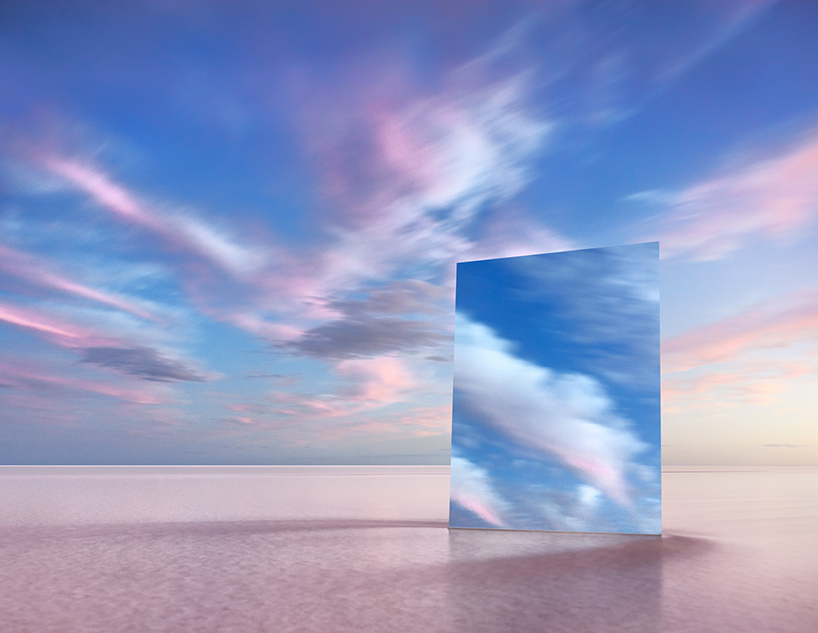 from now through june 14th, london’s hamiltons gallery presents an exhibition of fredericks most recent work realized at lake eyre, in which he introduces a mirror into the previously undisturbed landscape. all of the photographs in the ‘vanity’ series are composed with an unbroken horizon placed in the lower third of the frame, highlighting the landscape’s endless expanse. accompanied by a large mirror, the photographer journeyed to the middle of the lake, where an inch of salt-laden water reflects the sky. ‘the mirror can be seen as emblematic of our obsession with ourselves, individually, and collectively,’ fredericks says. ‘in the ‘vanity’ series, rather than reflecting our own ‘surface’ image, the mirror is positioned to draw our gaze out and away from ourselves, into the environment, driving us towards an emotional engagement with light, colour and space.’ 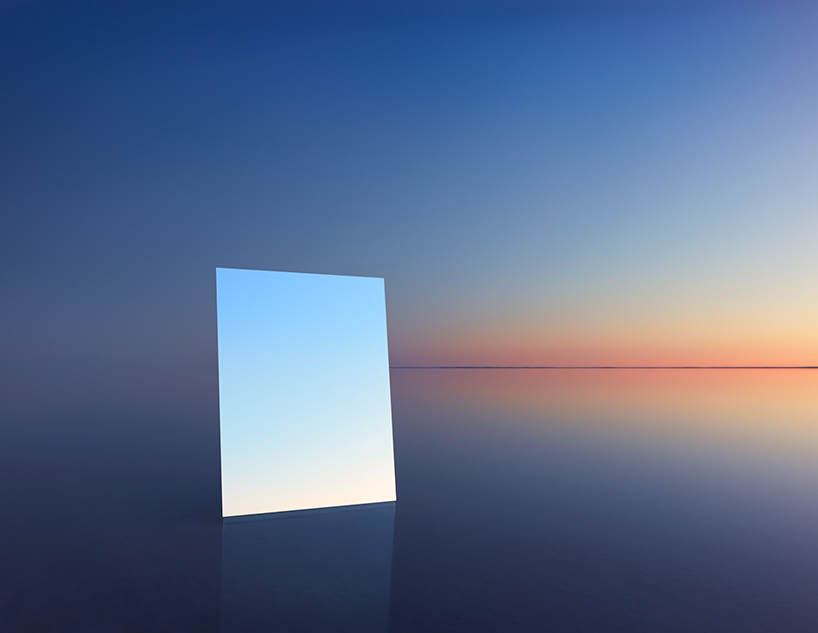 the resulting images are sublime — infinite variations of color and clouds, sky and salt, light and landscape, come together in a single frame. while the symbolism of a mirror leads to narcissism and vanity, the series seeks to reject these sentiments and focus on the power and importance of nature, where mirrors act like a portal to something beyond. ‘in these images I find my own, flawed, search for a kind of perfection,’ fredericks continues. ‘perhaps it is a search driven by my own anxieties or vain attempt to escape the human condition. standing in the silken water, surrounded only by a boundless horizon, I sense a release, a surrendering as the self dissolves into the light and space.’ 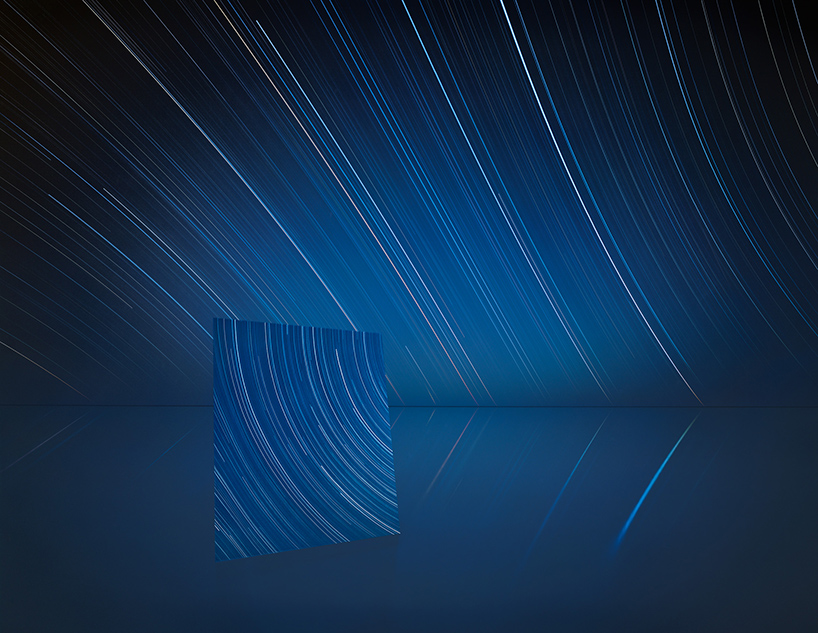 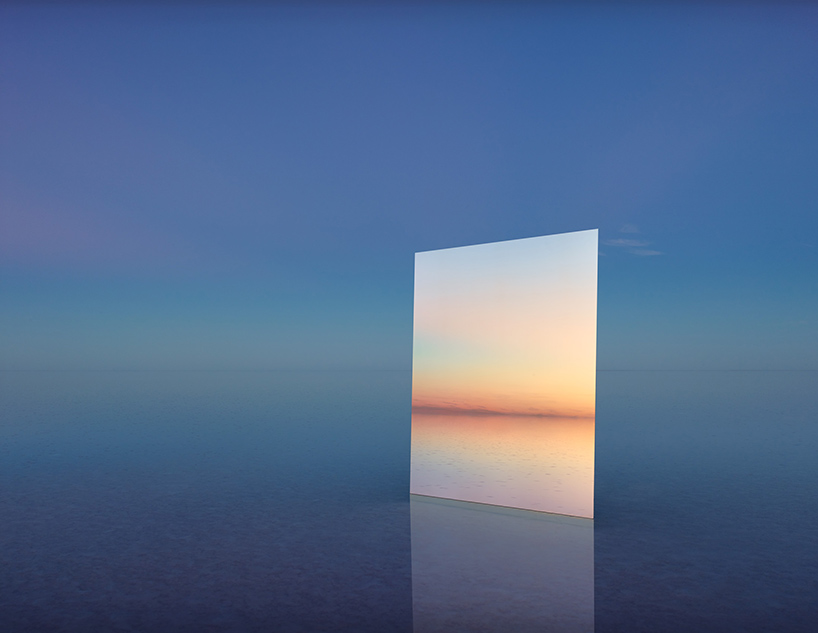 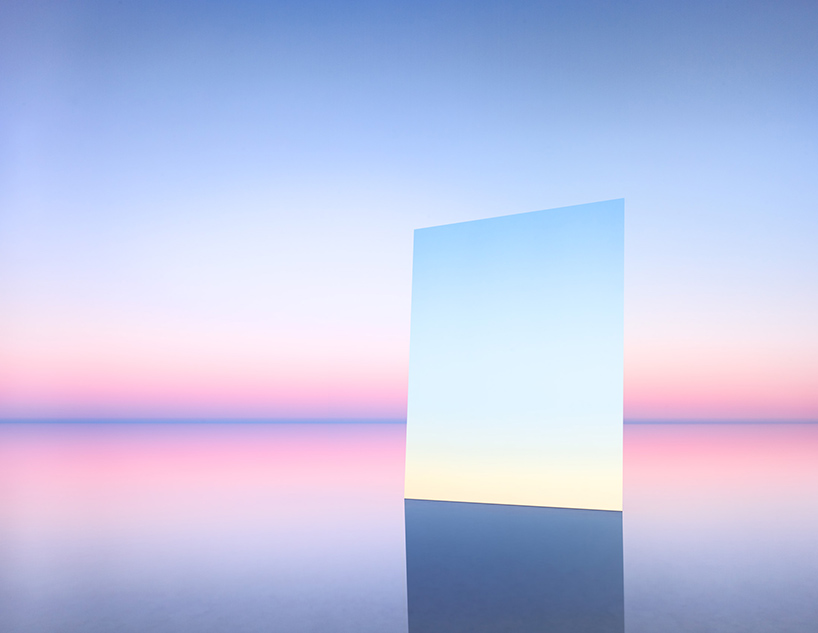 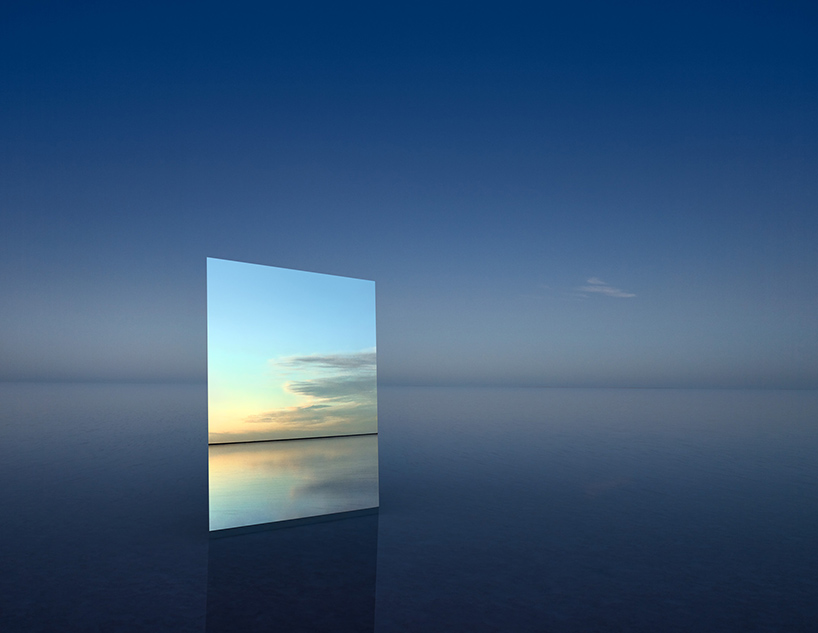 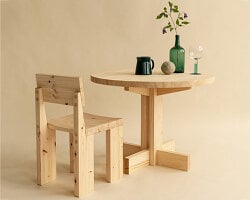