UPDATE 11/10/2020: following its puzzling discovery one week ago, the utah monolith has now disappeared. the sculpture, which ignited a series of theories regarding its surfacing, has been removed by an unknown party on friday night, the bureau of land management said on saturday on a facebook post you can read below:

here is our official statement on the rumors surrounding the “#monolith:” we have received credible reports that the illegally installed structure, referred to as the “monolith” has been removed from bureau of land management (BLM) public lands by an unknown party. the BLM did not remove the structure which is considered private property. we do not investigate crimes involving private property which are handled by the local sheriff’s office. the structure has received international and national attention and we received reports that a person or group removed it on the evening of nov. 27.”

on an otherwise innocuous mission in utah’s red rock country to conduct a count of big horn sheep, the utah department of public safety aero bureau and the division of wildlife resources encountered a highly unusual object. the crew members found a huge metal monolith installed in the ground in a remote area of red rock, without any obvious indication of who might have put it there. bearing a striking resemblance to the mysterious monolith in the famous opening scene of 2001: a space odyssey, the utah oddity stands at nearly double human height, is structurally stable, and is seemingly wrapped in a stainless steel façade. 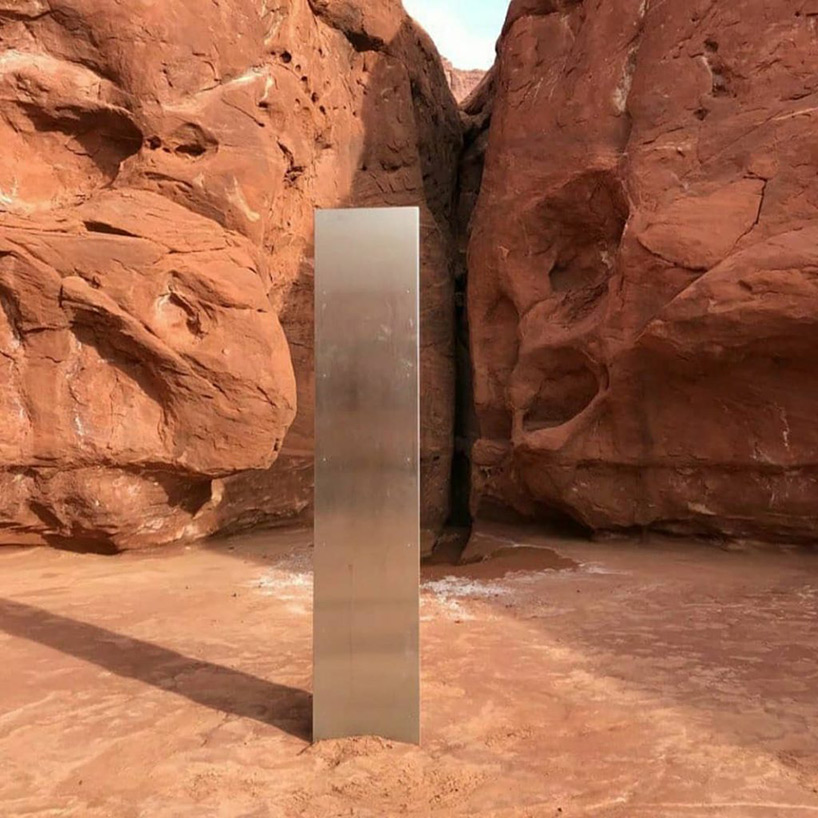 all images courtesy of the utah department of public safety

speculation is abound at the origins of the enigmatic installation considering its remote setting, with many hypothesizing that it could be an artwork left at the site anonymously to be found by future passers-by. the exact location of the object is not being disclosed. since it’s in a very remote area, officials warn that if individuals were to attempt to visit the area, there is a significant possibility they may become stranded and require rescue. in an official statement, the bureau of land management cheekily commented, ‘although we can’t comment on active investigations, the bureau of land management would like to remind public land visitors that using, occupying, or developing the public lands or their resources without a required authorization is illegal, no matter what planet you are from…’ 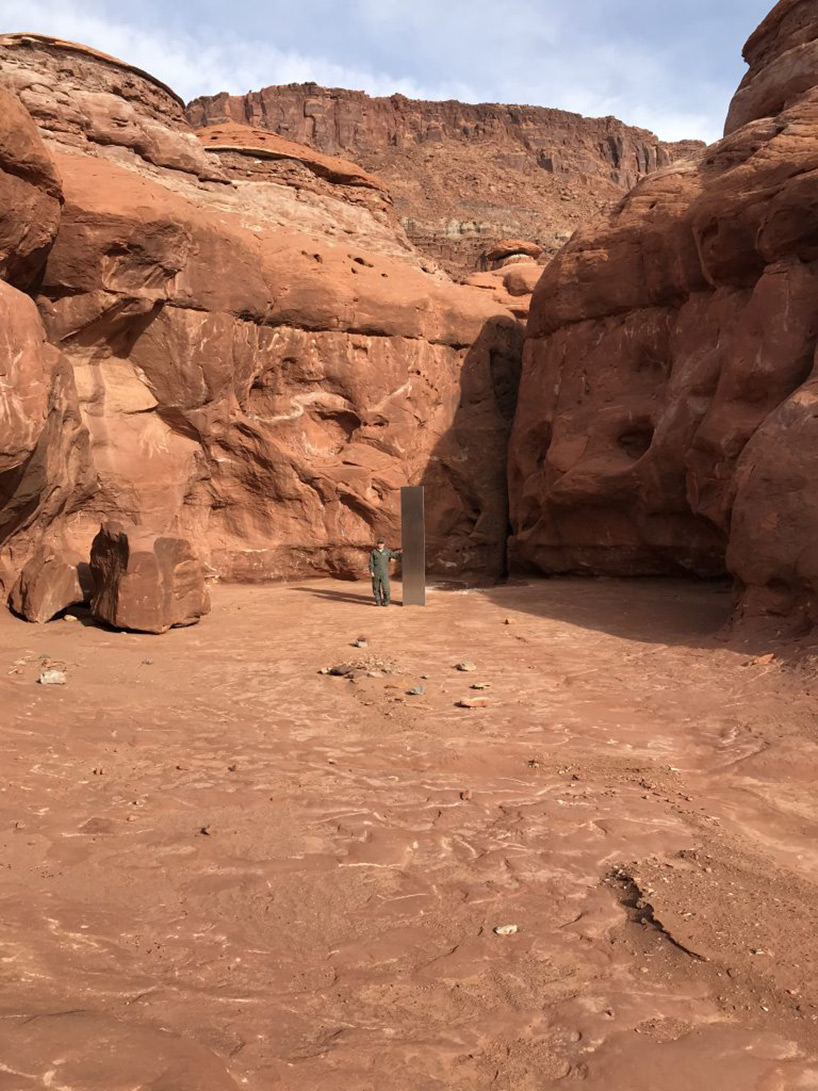 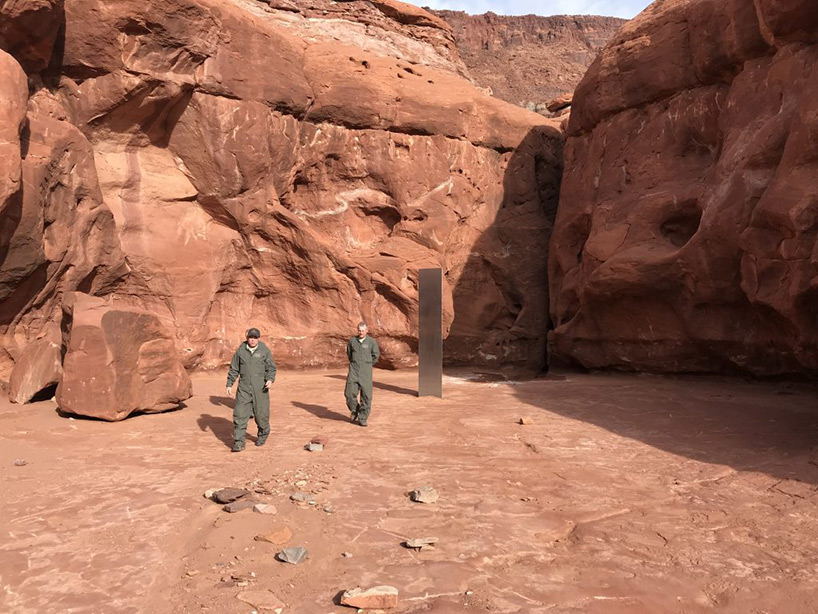 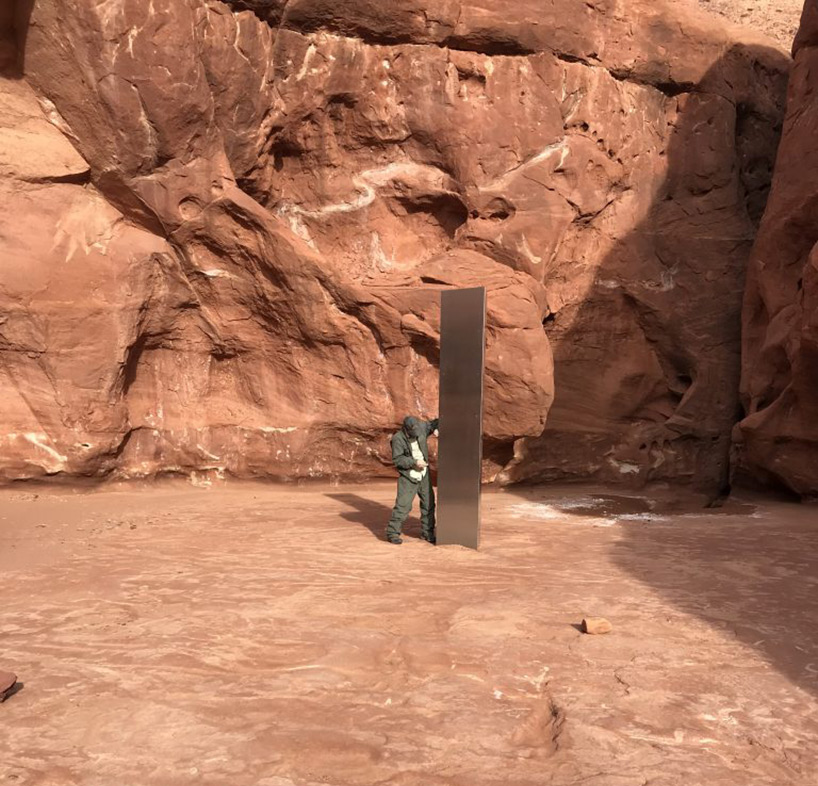 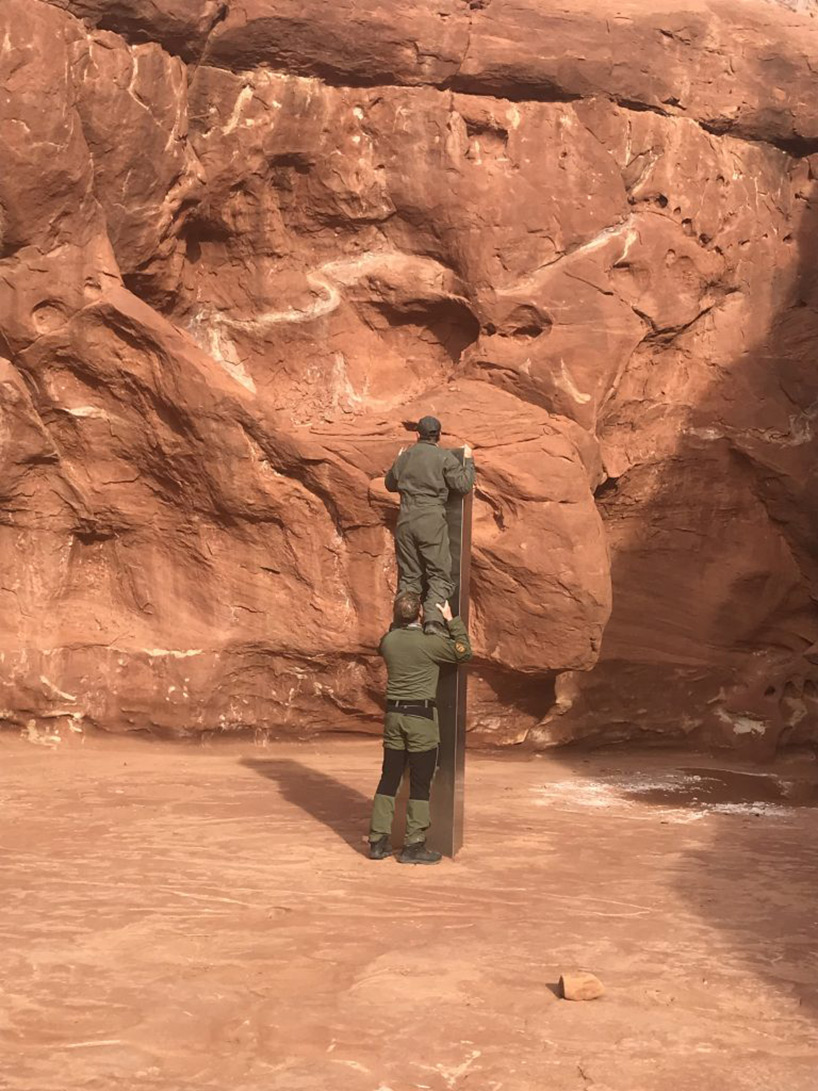