remember the wooden penis that was mysteriously erected in the austrian alps a few years ago? well, it turns out that the two-meter phallus no longer exists — in its original form at least. instead, the object has been transformed, with the help of paws and ears, into a giant bear that surveys the landscape below. 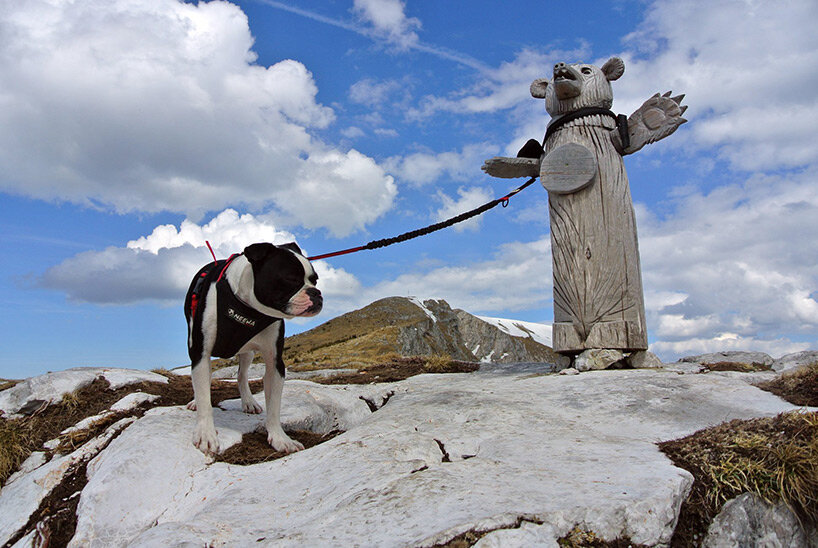 marika roth, the photographer and hiker who originally found the penis, told gearjunkie that the statue was no longer there in its original form, but had been converted into the charming/terrifying mammal. no one knows who was responsible for the dramatic transformation, but the ‘ötscher bear’ is certainly a more child-friendly sight. 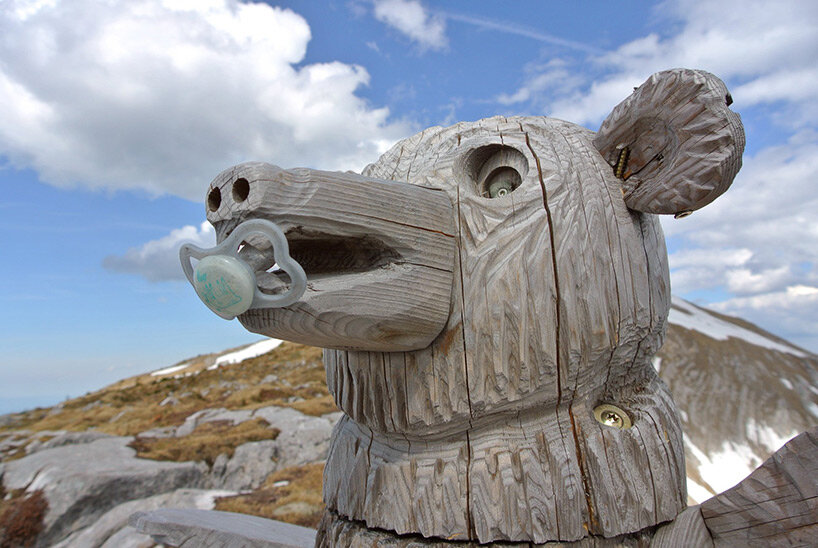 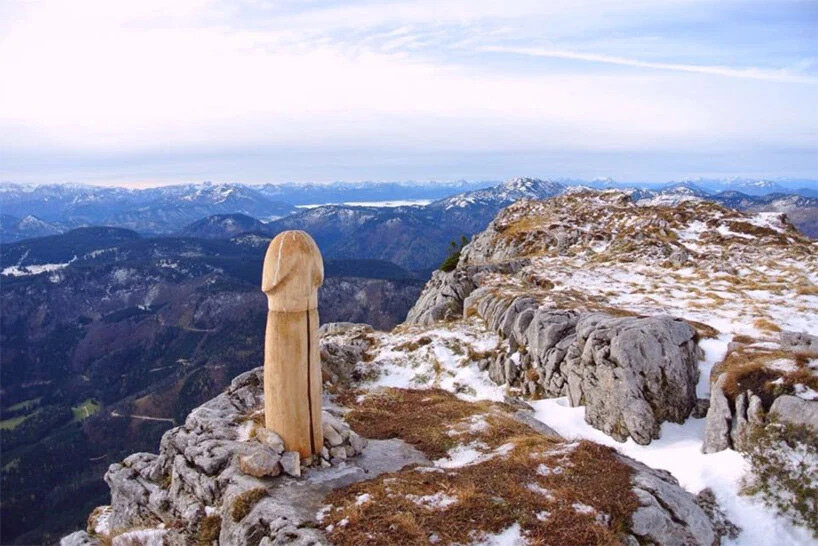 in other mysterious wooden phallus-related news, a second sculpture erected in on the tip of grünten mountain in germany suddenly disappeared. local paper allgaeuer zeitung reports that the monument, pictured below, was was ’emasculated’, with unknown perpetrators removing it without a trace.


the disappearance echoes the similarly-strange vanishing of the utah monolith, following its equally-puzzling appearance in a remote area of red rock. the sculpture, which ignited a series of theories regarding its surfacing, was removed by an unknown party.