depicting a life-sized swimming polar bear, this weightless sculpture by japanese artist nahoko kojima is suspended from the roof of jerwood space in london. ‘byaku’, meaning white in japanese is cut out from one sheet of 3m x 3m washi paper that the artist imported from a paper mill in japan. before she started to cut the animal figure, she crumpled the paper by hand to give it an uneven texture, creating a more faceted form than the smooth surface would have allowed.

the artist revealed to designboom that she, ‘chose this particular washi because it has less then 100% kouzo content and this means that it subtly turns warmer in colour over time – this mimics the fur of the polar bear which based on my research goes through a similar change over the span of its life.’

the delicately crafted ‘byaku’ has many hidden elements that help to enhance its appearance of moving under water. the fur ends are cut to sharp, tapered points and also visible forms of carp and waves of water accentuate the polar bear’s sense of motion. an overhead spotlight casts a striking shadow onto a plinth below, revealing a swirl of patterns associated with water reflections. 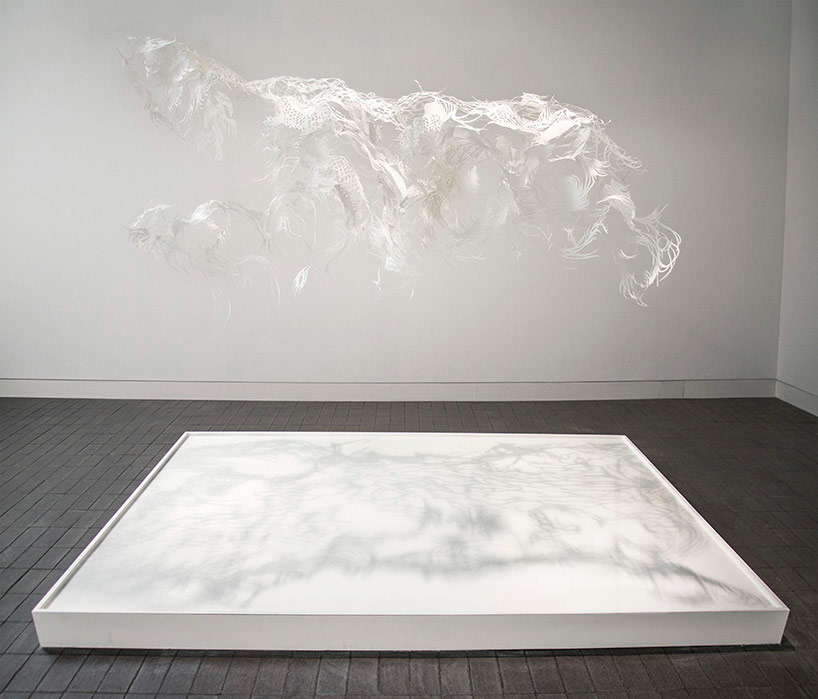 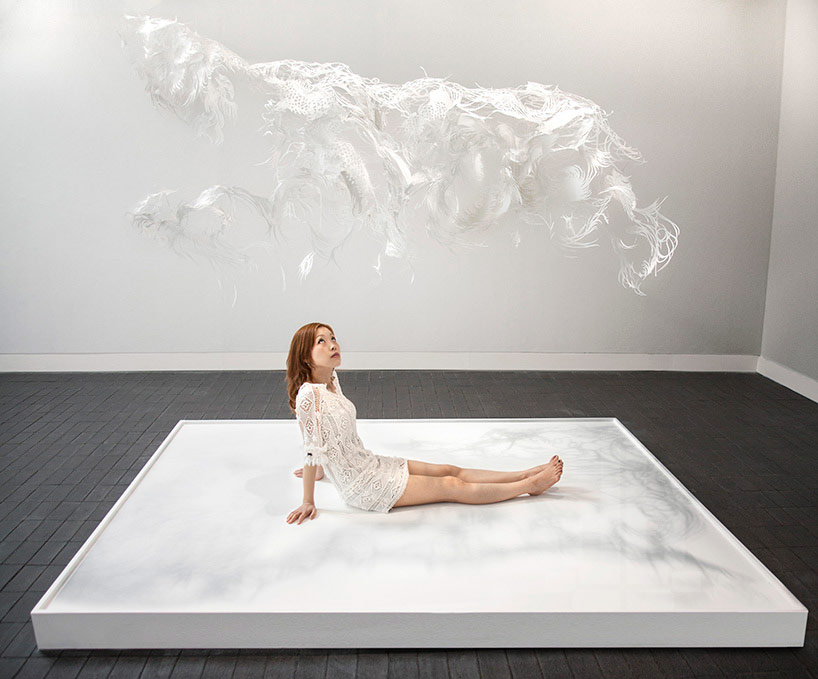 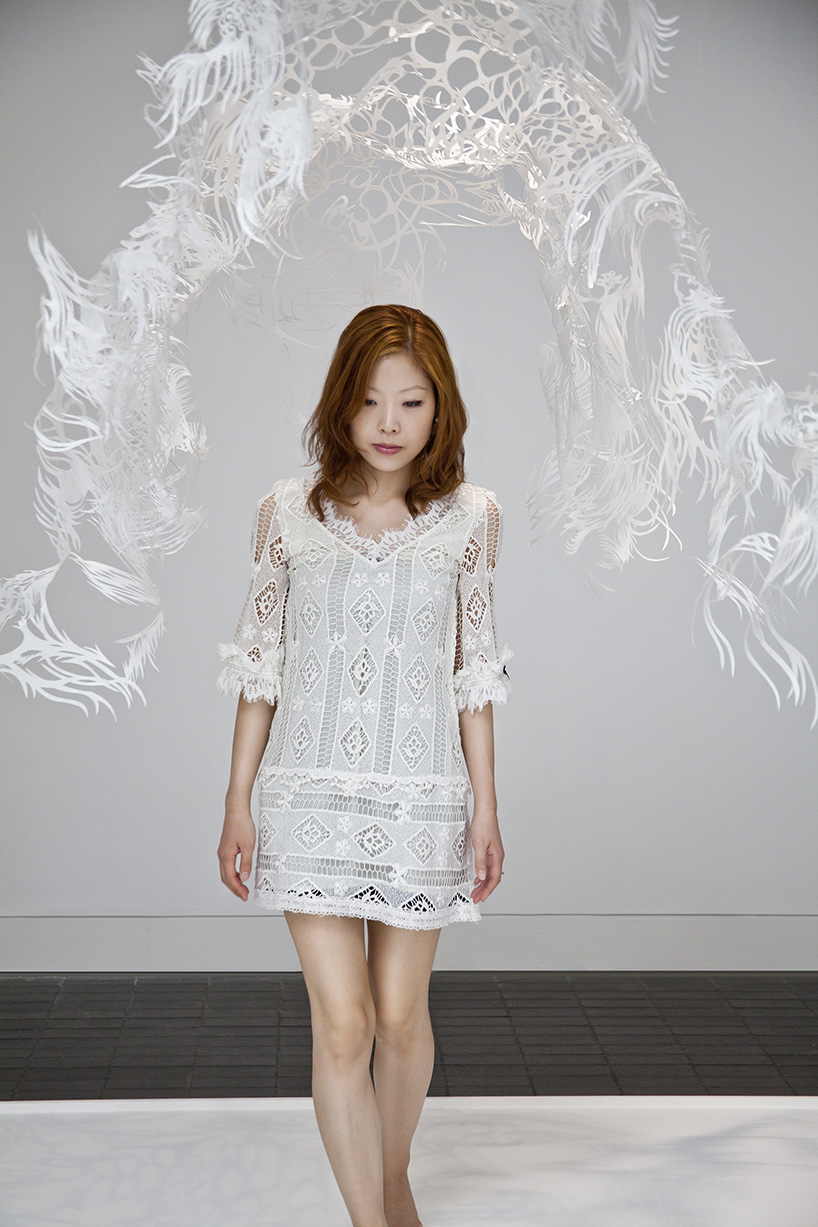 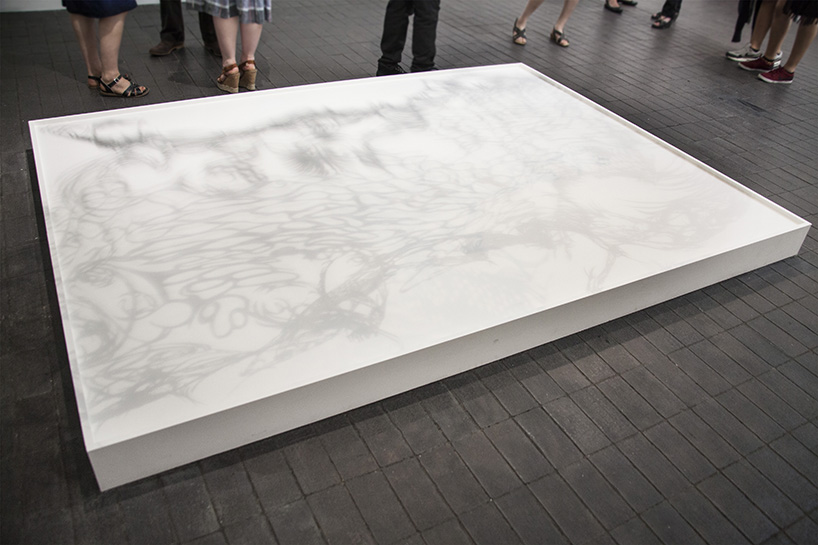 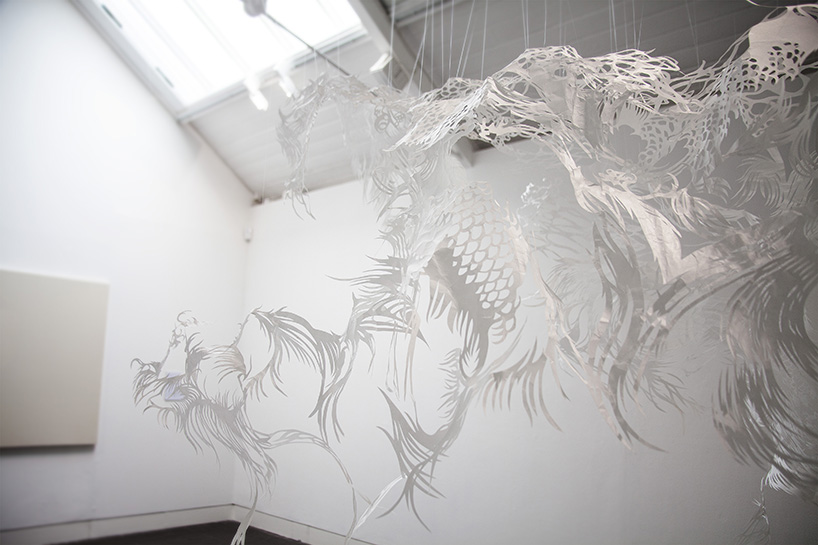 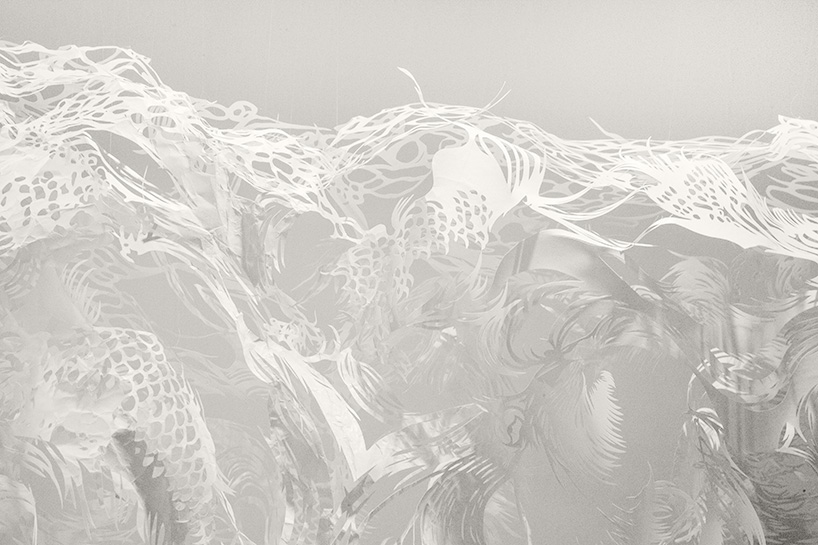 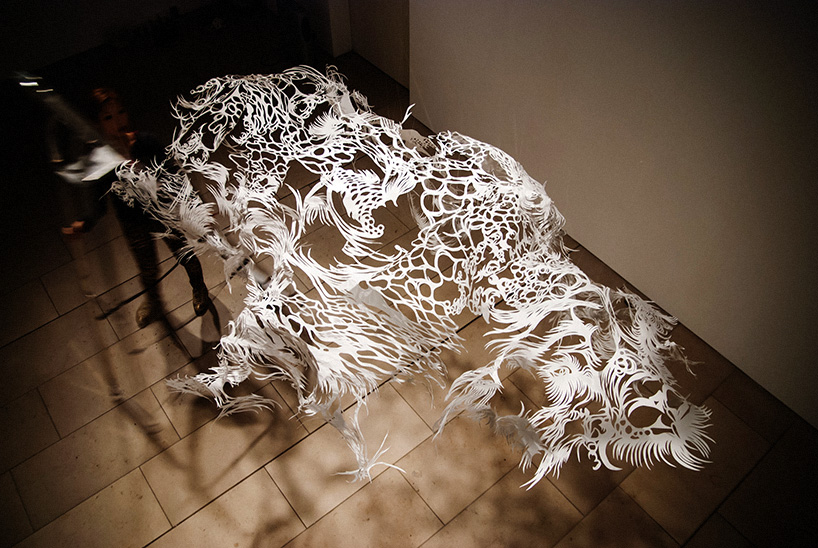 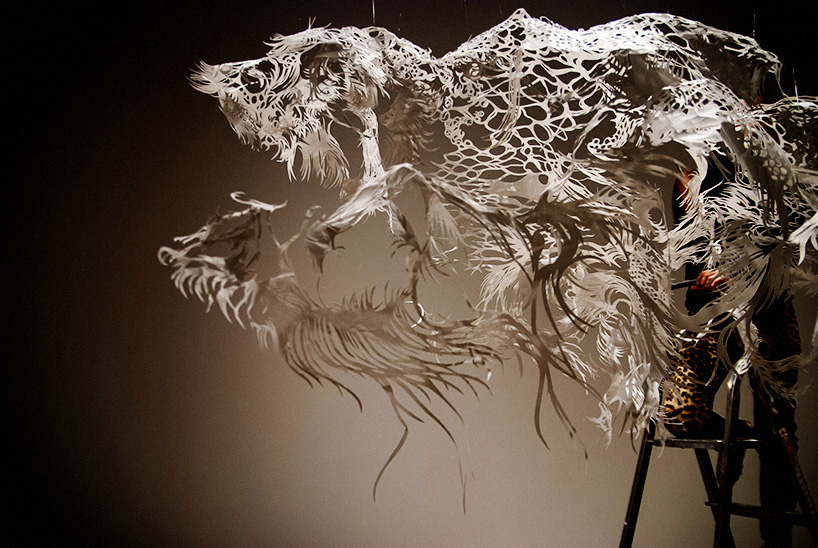 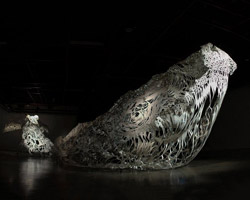 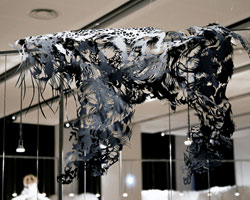 Jun 02, 2013
sculptures hand cut from a single sheet of paper by nahoko kojima